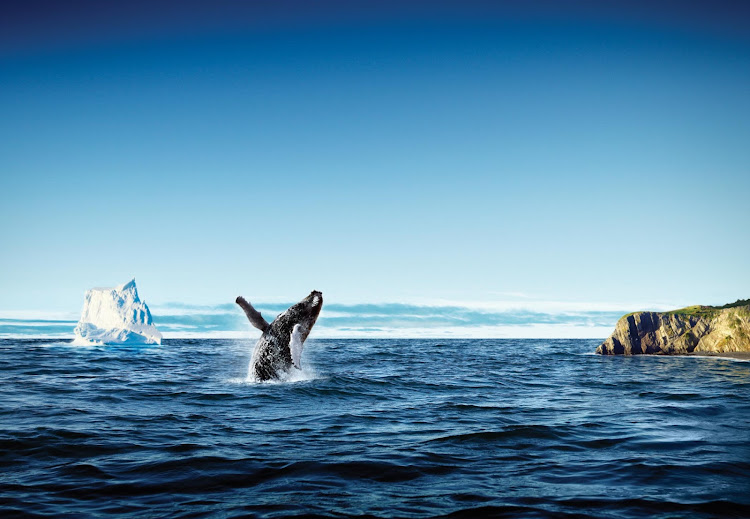 A humpback whale breaches the surface in Atlantic Canada.

June 6, 2022
Health advisory: Fully vaccinated foreign nationals who meet the requirements of a fully vaccinated traveler can visit Canada. This is another in a series about cruising to Atlantic Canada. Also see:

With its picturesque fishing villages, scenic coastlines and centuries-old marine heritage, Atlantic Canada is tailor-made for cruising and a refreshing option in the summer. New Brunswick, Newfoundland and Labrador, Nova Scotia and Prince Edward Island offer charming and uncrowded ports of call. And where else in the world can passengers watch whales cavort, icebergs float by and the highest tides in the world rise in the Bay of Fundy?

A 3-minute highlight reel of the Bay of Fundy. 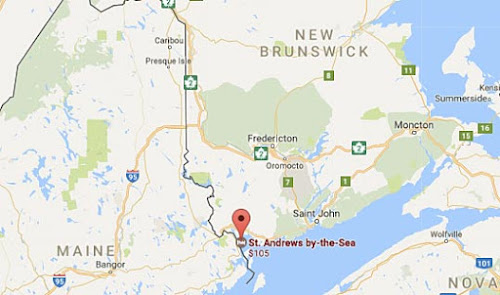 Founded in 1783 by Loyalists from Castine, Maine, St. Andrews is one of New Brunswick's oldest settlements. For 50 years, it prospered as a merchant settlement supplying lumber and fish to the West Indies in exchange for rum and molasses for the British market. After the British left in the 1840s, the town's economy crumbled. Economic relief did not come until the turn of the century when the railway was being built and titans of industry from New York, Boston and Toronto traveled north to escape the summer heat.

Half the town's 550 or so buildings predate 1880 and encompass a wealth of architectural styles ranging from Norman farmhouse and Georgian to Gothic, Queen Anne and Greek Revival. Examples include the Pagan-O'Neill house dating from the Loyalist era; the 1824 Greenock Presbyterian Church copied from a Christopher Wren church in Scotland; an 1840 Gaol, and the Charlotte County Courthouse, the oldest in Canada in continuous use. 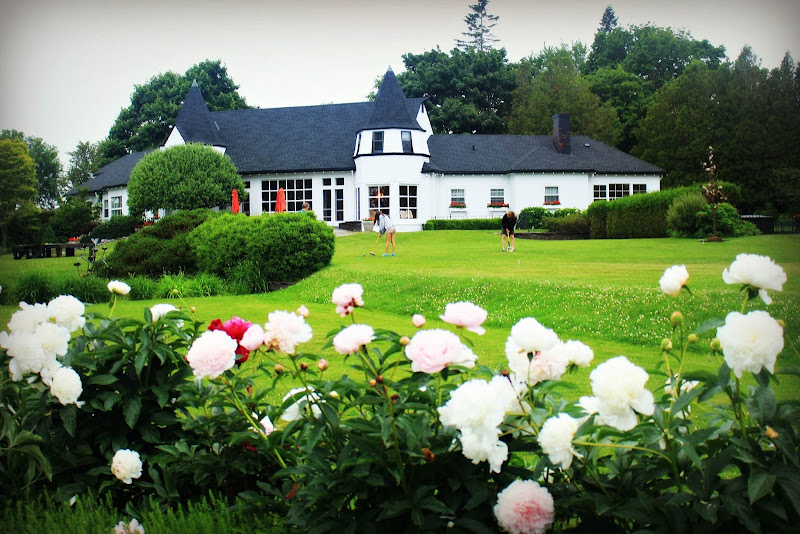 There are plenty of active options including whale watching and sea kayaking amid dolphins on the world's highest tides. The Off Kilter Bike offers visitors the option of biking in kilts, a nod to the province's Scottish heritage. The state-of-the-art Fundy Discovery Aquarium boasts a 40,000-gallon habitat devoted to species from the Bay of Fundy. Lying in the Bay are the Fundy Isles: Campobello, Grand Manan and Deer Island. President Franklin Delano Roosevelt spent many enjoyable vacations on picturesque Campobello. A throwback in time, Grand Manan offers a relaxed atmosphere with great whale watching and the chance to see fishermen gathering dulse. 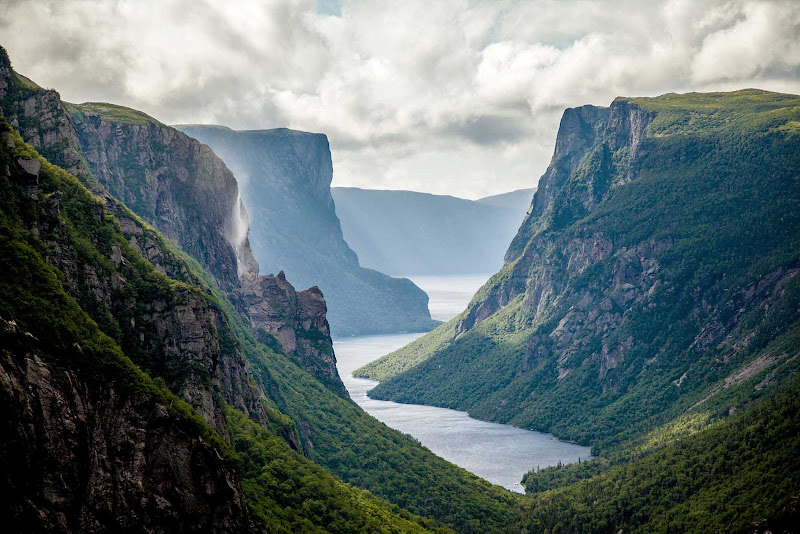 Situated in an area of great natural beauty, Corner Brook on Newfoundland’s west coast is the gateway to the magnificent Gros Morne National Park, one of two UNESCO World Heritage sites in western Newfoundland. The port is nestled against the Long Range Mountains at the end of a beautiful fjord in the sheltered Bay of Islands.

Atlantic Canada's second largest national park at 697 square miles, Gros Morne encompasses forests, freshwater fjords, bogs, barren lowlands and striking cliffs. The park is world-renowned for its complex geology that dates back 1.25 billion years. The Tablelands is one of the world's few places where visitors can walk on the Earth's mantle. In the Precambrian era, the core of eastern North America collided with another continent to form a vast mountain range. Today, all that remains is the deeply eroded rock of the Long Range Mountains. Black bear, caribou, moose and fox roam the park, 239 species of birds visit and there are more than 1,500 species of flowering plants, lichens and bryophytes.

Corner Brook, population 20,000, attracts cruise visitors from Holland America Line, Celebrity Cruises and Silversea, among others. The town features a statue that honors British explorer Capt. James Cook, who surveyed the area in 1763. The Captain Cook's Trail stretches 30 miles along the south shore of the Bay of Islands. The Corner Brook Museum and Archives highlights the region’s rich history and the Railway Society Museum displays the Newfie Bullet, the fastest train of its time. The well-groomed Corner Brook Stream Trail winds through the city, and the Newfoundland Labrador portion of the Appalachian Trail — some 745 miles long — also goes through on its way to the Northern Peninsula.

The area around Corner Brook offers kayaking, fishing, rafting and hiking on trails through mountains and past waterfalls. At nearby Marble Mountain, there is Canada's highest zipline and a new high ropes course. 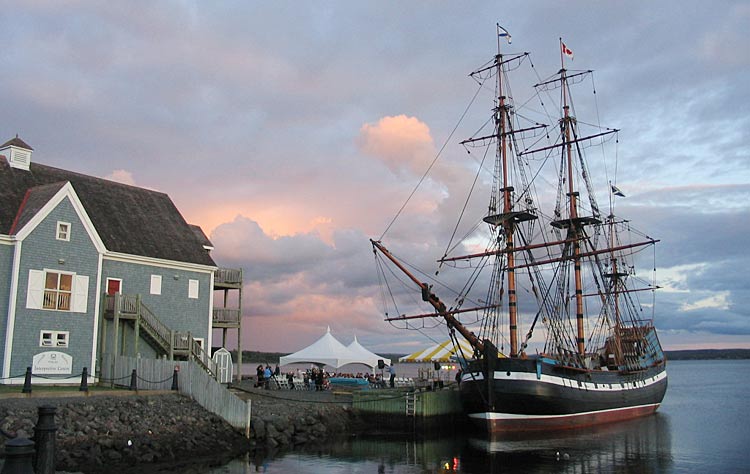 Located on Nova Scotia's Northumberland Shore, Pictou is known as the "birthplace of New Scotland." In 1773, the ship Hector carrying 189 Scottish Highlanders landed in Pictou, marking the first wave of immigration from Scotland. Today at the Hector Heritage Quay on the town's historic waterfront, visitors can see a full-scale replica of the fully rigged, three-masted vessel and tour a blacksmith's shop and a carpenter's workshop.

The Northumberland Fisheries Museum is dedicated to preserving the rich sea heritage and culture of the Northumberland Strait and pays tribute to the hardworking fisher folk. The main collection is housed in a 1904 Canadian National Railway Station and a new life-size lighthouse on the waterfront displays a collection of lighthouse memorabilia and photography. Nearby, at the Lobster Hatchery, visitors can "adopt a lobster" to support its Lobster Stock Enhancement Research Project, which promotes the future health of lobster fishing by successfully raising and releasing lobsters back into the ocean.

Visitors can participate in a historic walking tour with costumed guides or opt for doing the two-mile Jitney Walking Trail that runs along the waterfront. Steep and narrow in some sections, the challenging five-mile Fitzpatrick Mountain Trail wends its way through woodlands. Ideal for sea kayaking, the Northumberland Shore is also a bird watcher's paradise as bald eagles, cormorants and ospreys make their nests here. There are pristine sandy beaches near town and on Pictou Island a few miles offshore.

On Saturdays and Sundays from June through mid-September, Pictou has a market on its waterfront with a large section devoted to crafts, almost all made in Nova Scotia, and the town stages free concerts in July and August on Sundays and Mondays. The annual Pictou Lobster Carnival – one of the top 100 festivals in Canada – takes place in July and features music, fireworks, boat races, street performers and lobster dinners.

Here's a 3-minute aerial tour of the city of Summerside on Prince Edward Island.

The small, thriving city of Summerside sits on a peninsula at the narrowest part of Prince Edward Island. Ships entering the harbor pass one of PEI’s 50 lighthouses, the unique octagonal Indian Head Lighthouse. The Baywalk runs three and a half miles along the oceanfront. At the marina, the colorful shops of Spinnakers’ Landing are designed to look like a fishing village. 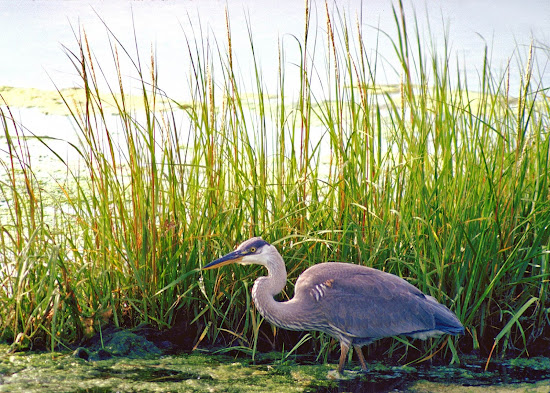 Visitors can explore Summerside's heritage and charm on a self-guided walking tour, a Segway ride or by bike. Beautiful historic homes, the 1867 Wyatt Historic House and the MacNaught History Centre and Archives, where visitors can learn if their ancestors lived on PEI, are some of the attractions.

The PEI Museum and Heritage Foundation is composed of four museums dedicated to the Acadians, fisheries, shipbuilding and the railway, an art and culture center with historical displays and exhibitions, an 1877 home and a 1890s village with a blacksmith and a candle maker. The College of Piping, North America's only year-round institution celebrating Celtic culture, offers Highland bag piping, snare drumming, Highland dancing and Island step-dancing.

Besides being renowned for its Malpeque oysters, Summerside is also home to some of PEI’s 333 species of birds, including great blue herons and bald eagles. Malpeque Bay, an important wetland, has large nesting colonies of herons and cormorants and acts as a "nursery" for fin and shell fishes.

About the Atlantic Canada Tourism Partnership

This project has been made possible thru funding provided by the Atlantic Canada Tourism Partnership. The nine member pan-Atlantic partnership is made up of the Atlantic Canada Opportunities Agency, the four Atlantic Canada Tourism industry Associations and the four Provincial Departments responsible for tourism. For further information about the other three provinces, contact your travel provider or go to New Brunswick Tourism (1-800-561-0123), Newfoundland and Labrador (1-800-563-NFLD), Nova Scotia (1-800-565-0000) and Prince Edward Island (1-800-463-4PEI).

Those are some of our tips. Hope you can visit! How about you, are you planning to visit Atlantic Canada anytime soon?