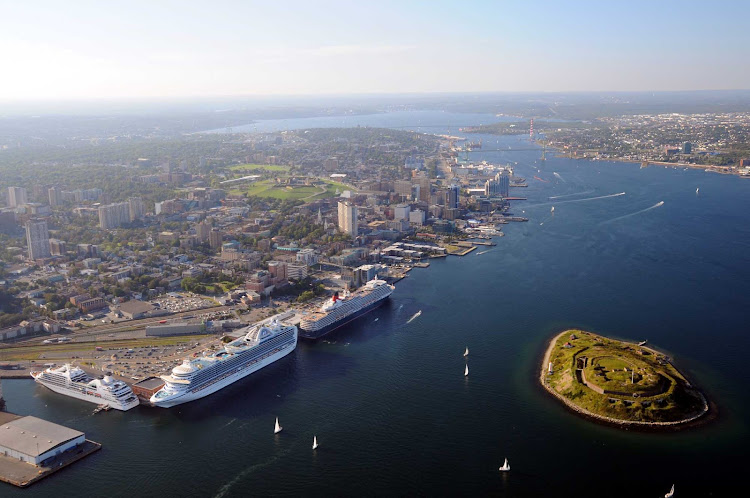 An aerial view of cruise ships and pleasure craft in Halifax Harbour.

10 fun things to do in Halifax, Nova Scotia

February 12, 2019
Health advisory: Fully vaccinated foreign nationals who meet the requirements of a fully vaccinated traveler can visit Canada. This is another in a series about cruising to Atlantic Canada. Also see:

Visiting Halifax, Nova Scotia, on a cruise? There's plenty to see and see, whether you're here just for a day trip or are planning a longer visit to explore this storied seafaring region.

Some of the choices include visiting historic sites and museums (including seeing remnants of the Titanic, which sank in the frigid waters far east of here), sampling the local microbrews or wines, seeing Halifax's most famous landmark, Peggy's Cove, or just taking it easy with a stroll to admire the flowers and scenery of the 17-acre Public Gardens.

Here are 10 fun things to do on your visit to Halifax. 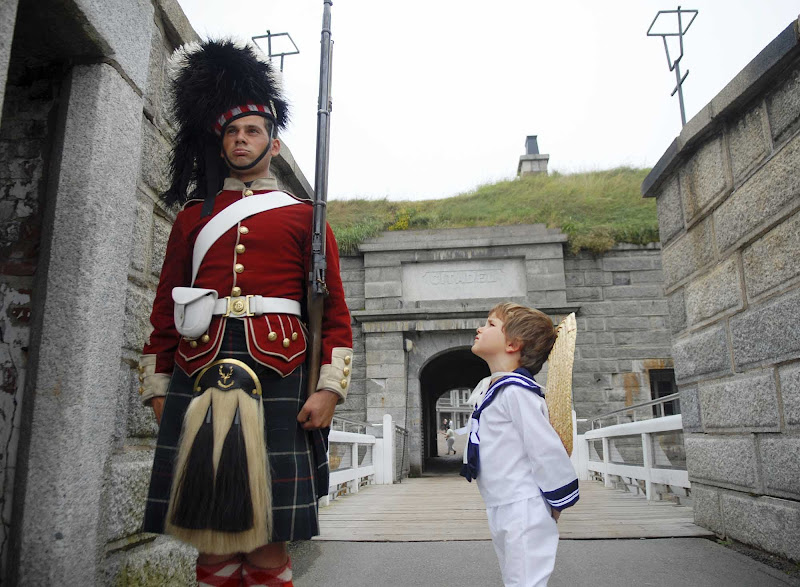 Courtesy of Nova Scotia Tourism A young sailor inspects a guard at the Halifax Citadel.

Built between 1828 and 1856, the Living Halifax Citadel National Historic Site is a star-shaped naval station that sits in the middle of the beautiful city of Halifax. It’s a living history museum where you’ll discover the 78th Highland Regiment that still fires the noonday cannon (yes, a real cannon). Guided tours with costumed guides are available that explore the musket galleries, earthen ramparts, garrison cells, guard rooms and much more. 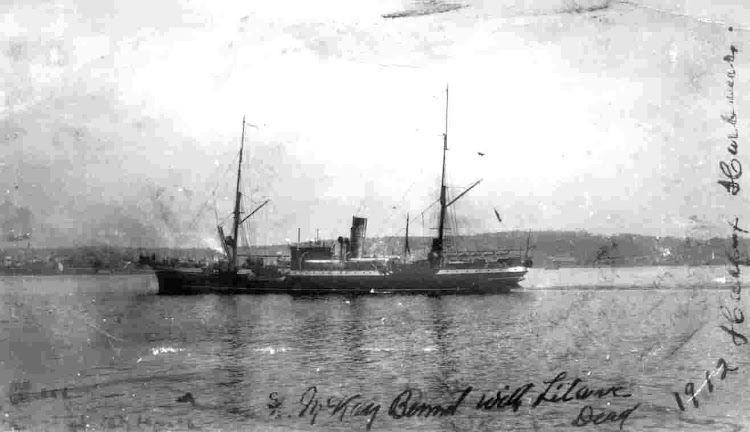 Courtesy of Maritime Museum of the AtlanticWith flags at half mast and coffins stacked on the stern, Mackay-Bennett arrived in Halifax to the tolling of church bells on April 30, 1912 after the Titanic's sinking.

Revisit the legend of the Titanic

Have an interest in the century’s most significant marine disaster? Over 120 victims of the ill-fated ocean liner the Titanic, rest here in Halifax. Exploring the interactive exhibit at the Maritime Museum of the Atlantic will tell the story and features many artifacts recovered from the famous ship. 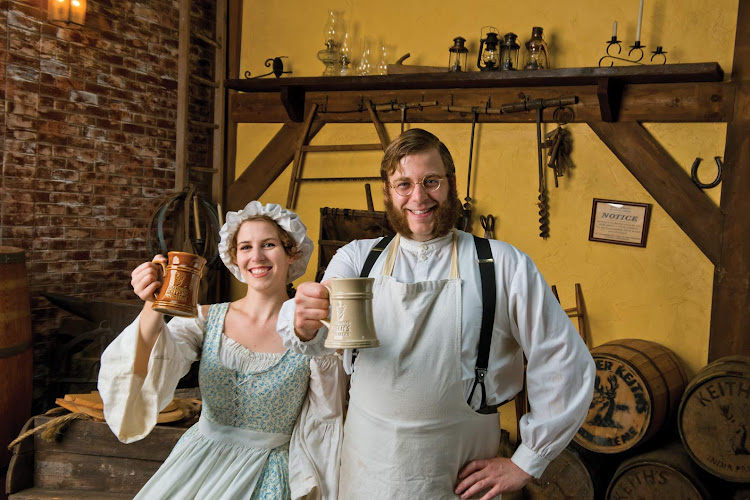 How many beers of North America have you tasted that have been brewed since 1820? Not very many. The India Pale Ale from Alexander Keith's Nova Scotia Brewery is one of the oldest. It’s widely considered to be Nova Scotia’s unofficial brew. Tour the place that started it all — Keith’s Brewery, a massive ironstone and granite building built around 1820. Then visit the beautifully detailed home and brew house of Alexander Keith himself. During your hour long tour characters in period costume will bring 1863 Halifax to life in song and story. Finish up your outing with a taste of this Nova Scotia original ale. 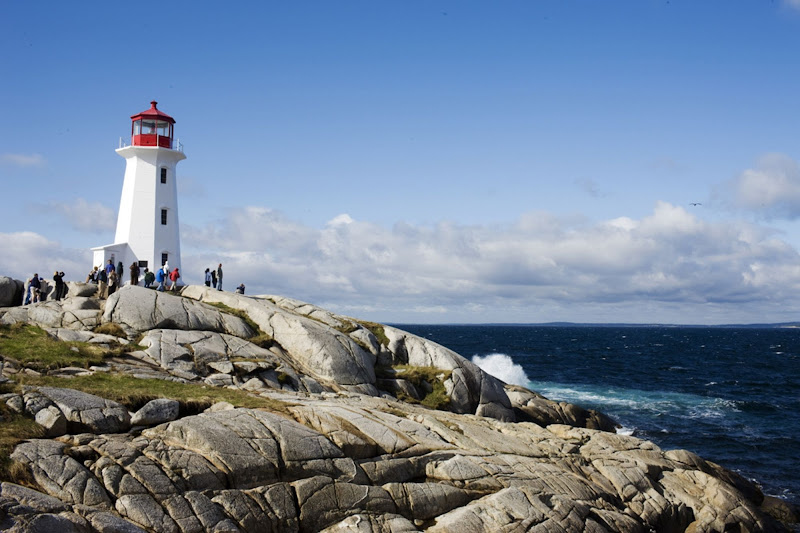 Courtesy of HurtigrutenHurtigruten guests pay a shore excursion to Peggy's Cove Lighthouse on the eastern shore of St. Margarets Bay in Halifax, Nova Scotia. The lighthouse dates to 1868.

One of Nova Scotia’s most breathtaking, famous and photographed places, Peggy’s Cove lighthouse is also a post office. Send friends and family postcards of this unique sea beacon right from this mariner mainstay perched atop massive granite rocks. Explore the tiny fishing village below and dine in a delicious restaurant. Just down the road, you can visit the Swiss Air memorial. 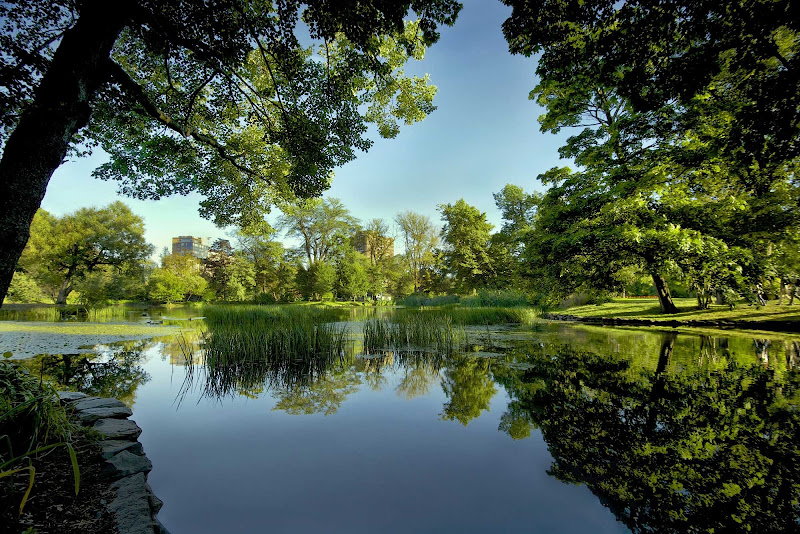 Courtesy of Nova Scotia TourismA tranquil pond in the Halifax Public Gardens, which dates to 1867.

Enjoy nature in the Public Gardens

One of the finest original formal Victorian Public Gardens in North America, this beautiful centerpiece of the city welcomes all who enter. Right next door to the wonderful shops of Spring Garden Road, the Public Gardens feature 17 acres of rare flowers and trees, sparkling fountains, historic statuary and free concerts from the picturesque red-roofed gazebo. 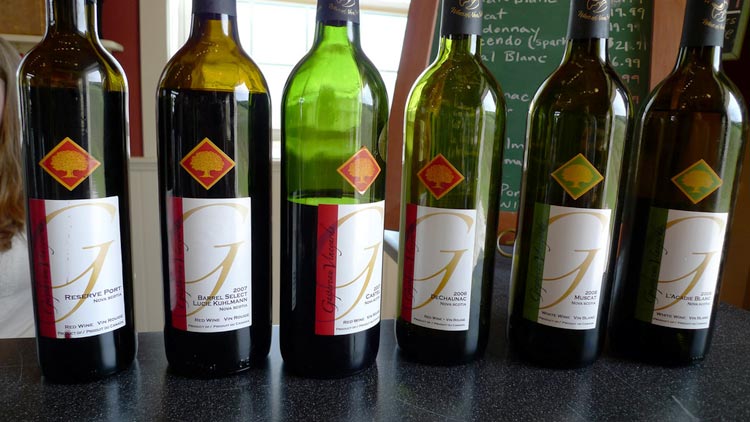 In the colorful and scenic Annapolis Valley sits a bevy of Nova Scotia’s best wineries. A Nova Scotia sommelier will take you on a tour - with wine tasting, of course) of three of Nova Scotia’s premier wineries: Sainte Famille, Gaspereau Valley vineyards and Domaine de Grand Pré.

Halifax is chock full of unique shops such as the Nova Scotian Crystal Factory & Shop. Experience firsthand the craft of making crystal by some of the world’s best craftsmen. Each piece is hand-blown using the traditional method for creating fine hand-cut crystal. You’ll find this wonderful shop in the heart of the beautiful historic properties on the waterfront. 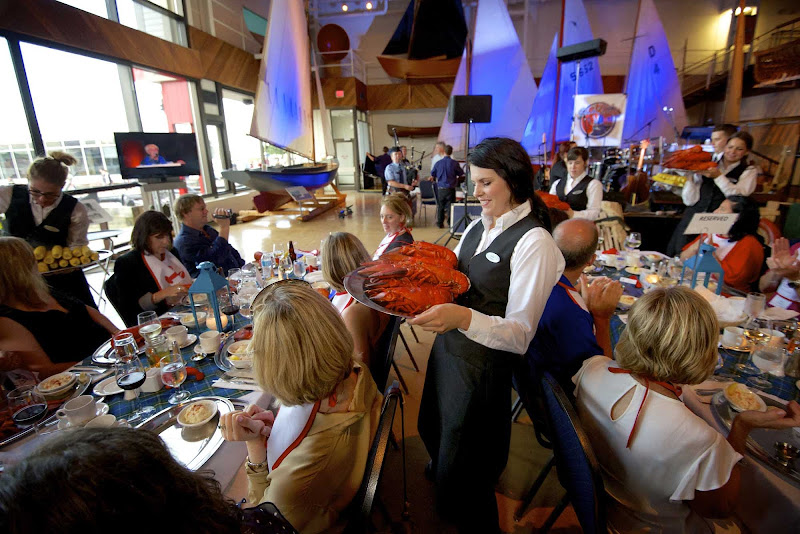 Courtesy of Destination HalifaxFresh lobster is a highlight of any lunch or dinner in Halifax, Nova Scotia.

Enjoy fine dining by the sea

In the heart of Halifax, you’ll find a wide variety of first-rate restaurants and pubs. In fact, there are more than 70 packed into a few square blocks of our downtown. Want a fine dining experience? Or do you enjoy the more informal atmosphere of a pub? It’s all here just a short stroll from each other. At the very least, try our Nova Scotia lobster that’s famous around the world. 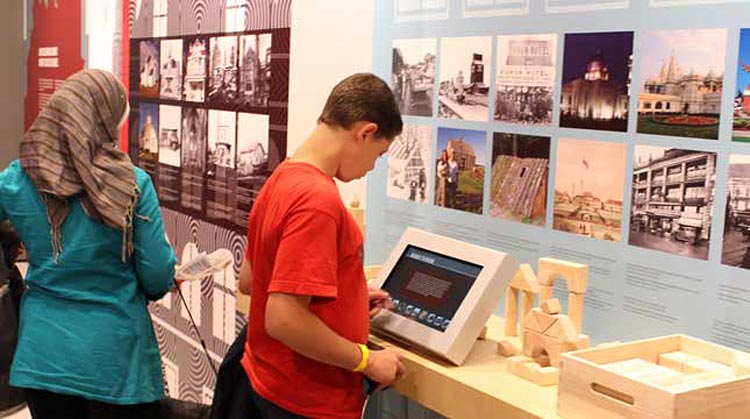 Explore the Canadian Museum of Immigration

The Canadian Museum of Immigration at Pier 21 collects, shares and pays tribute to the Canadian immigration story. Pier 21 is a National Historic Site that was the gateway to Canada for 1 million immigrants and the departure point for 500,000 Canadian military personnel during World War II. Today, Pier 21 hosts Atlantic Canada's only national museum. Learn about the experiences of immigrants as they arrived in Canada, the vital role of immigration in the building of Canada and the contributions of immigrants to our country, all in one unique place. Take part in a guided tour of Pier 21's main exhibition and watch the emotional film "Oceans of Hope." Discover and share your family roots in the Scotiabank Research Centre. 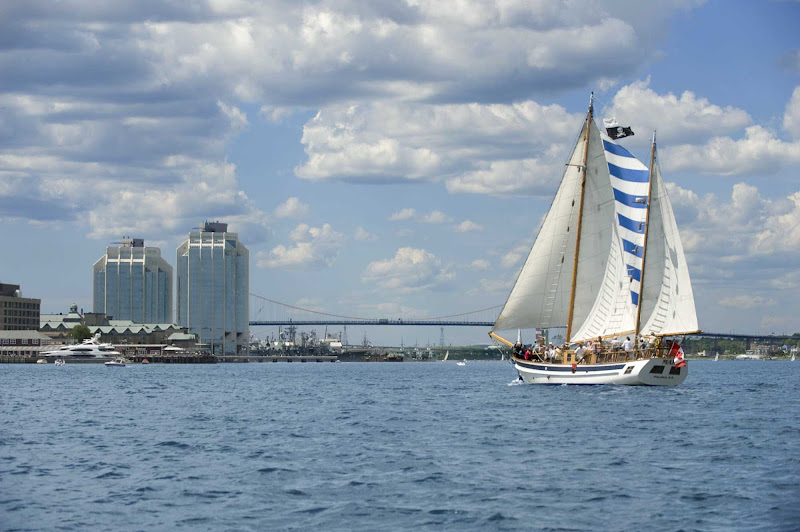 Courtesy of Nova Scotia TourismTake a schooner out into Halifax Harbour to get a taste of the area.

10There are so many great water tours along Halifax Harbour that are perfect for all ages. By far, the most popular harbor tour is about Murphy’s signature Harbour Hopper.

Those are some of our tips. Hope you can visit! How about you, are you planning to visit Halifax anytime soon?