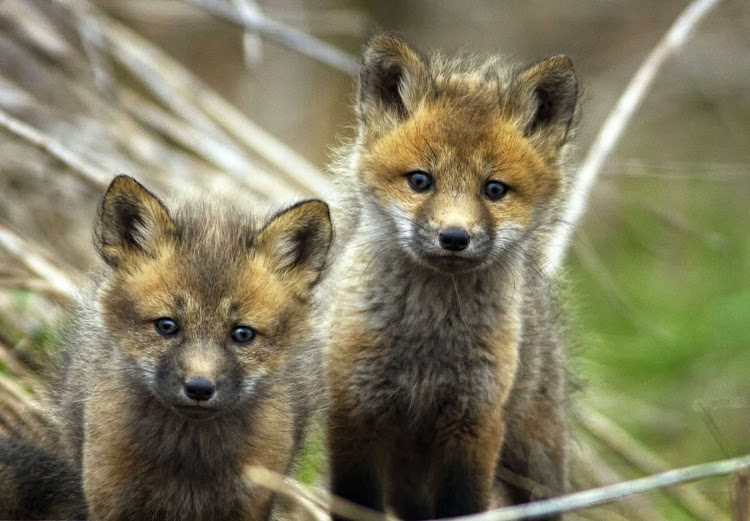 10 fun things to do in coastal New Brunswick, Canada

May 5, 2021
Health advisory: Fully vaccinated foreign nationals who meet the requirements of a fully vaccinated traveler can visit Canada. This is another in a series about cruising to Atlantic Canada. Also see:

Americans looking to travel abroad often consider Europe, Mexico, the Caribbean, Australia and Asia. But your neighbor to the north offers some intriguing options.

We've already taken a look at top things to do in Nova Scotia, Prince Edward Island and Newfoundland and Labrador. Today we'd like to offer a glimpse of St. Andrews by-the-Sea — just across the strait from Maine — and Campobello, which President Franklin D. Roosevelt took a fancy to and used as the family's summer home.

Here are 10 fun things to do in coastal New Brunswick, Canada. Courtesy of Cruise Atlantic CanadaGo whale watching on a tall ship during your visit to New Brunswick, Canada.

For several months in the summer, whales come to the Bay of Fundy — between New Brunswick and Nova Scotia — to feed. And when they come this way, professional whale watching organizations are in business to take people out to witness these majestic animals. The sight of these amazing creatures in the wild is a soul moving event that never fails to bring gasps, cheers and even tears to the eyes of people who see them. If you haven't gone whale watching in recent years, this is as good a bet as it gets. 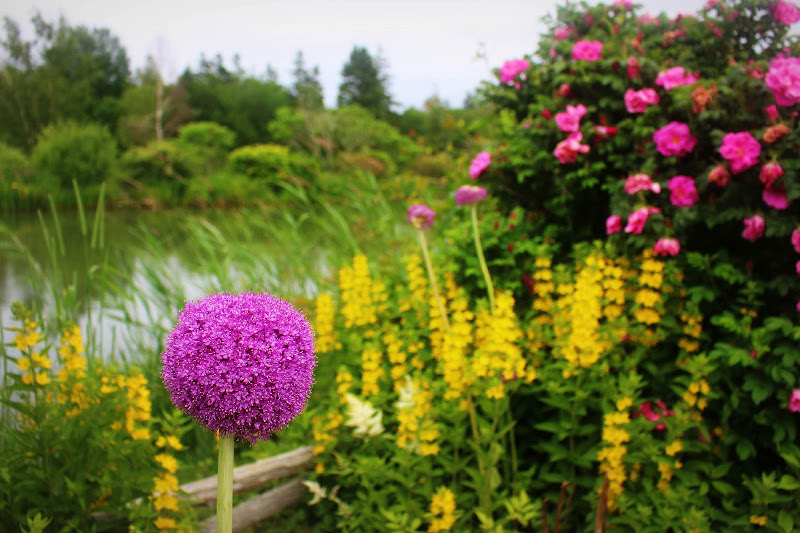 Smell the flowers in Kingsbrae Garden 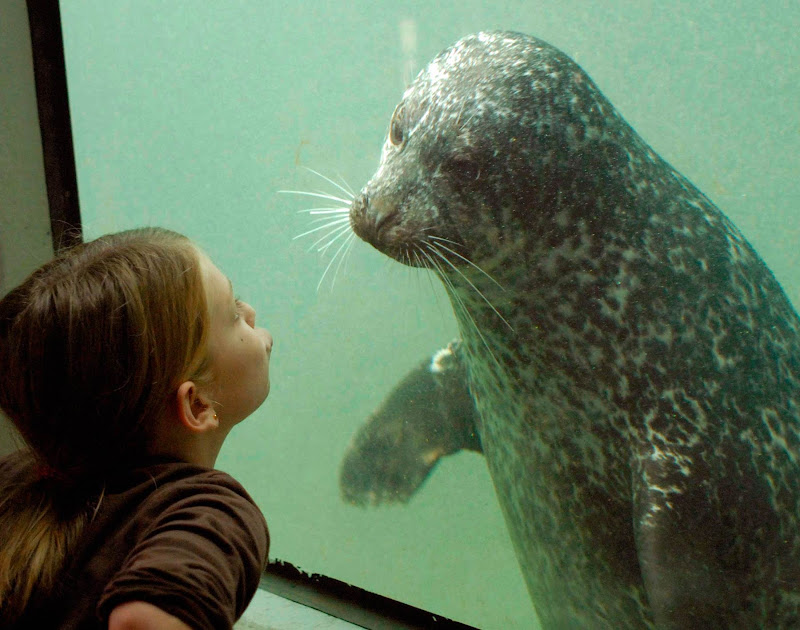 Courtesy of St. Andrews by-the-SeaA girl and a seal have a stare-down in the Fundy Discovery Aquarium in St. Andrews, Canada.

Get immersed at Fundy Discovery Aquarium

There's plenty for the whole family to see and do at Canada’s newest aquarium, the Fundy Discovery Aquarium and its Huntsman Marine Science Centre. The Harbour seals Loki and Snorkel are in their spacious home and enjoy interacting with the public in the windows of the public viewing area, and there is a gigantic new touch pool as well as a touch pool just for skates, a fish that looks like a stingray. On the main floor you'll find educational interpretative pylons focusing on Canada’s east coast marine ecology, marine-based economy and the history of the Bay of Fundy. 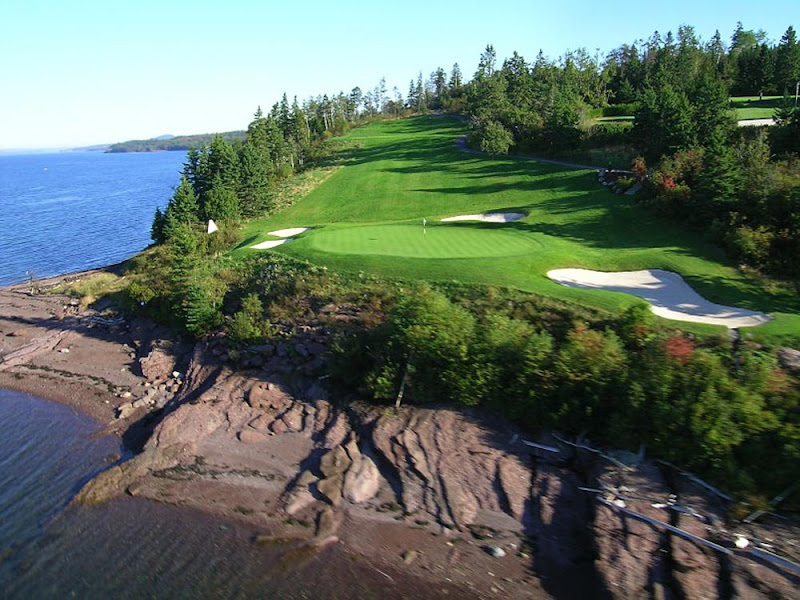 Courtesy of St. Andrews by-the-Sea The Algonquin Golf Course offers scenic views of the bay in St. Andrews-by-the-Sea, Canada, just across the strait from Maine. (Click to enlarge.)

Golf the other St. Andrews

The Fairmont Algonquin Golf Course in St. Andrews-by-the-Sea is a seaside jewel! When you golf St. Andrews — not to be confused with the Old Course at St. Andrews in Scotland that hosts the Open each year — you'll enjoy breathtaking views and a gentle breeze as you play on this historic course. For more than 100 years, golfers have traveled to this charming New Brunswick resort to test their skills. Redesigned in 2000 by the renowned Thomas McBroom, the course will delight and challenge golfers of every level. 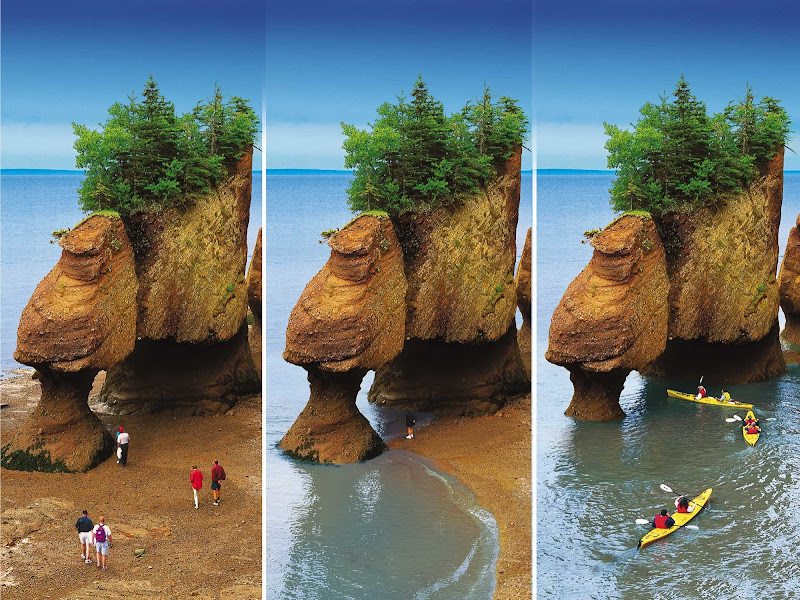 Courtesy of Cruise Atlantic CanadaA time lapse sequence of Hopewell Rocks, in the Bay of Fundy, as the tide changes. (Click to enlarge.)

While the area is best known for the towns of St. Andrews by-the-Sea and Campobello, the islands of Passamaquoddy Bay and the Bay of Fundy are a wonderful outposts where nature lovers can revel in the great outdoors. The Bay of Fundy is known for having the highest tidal range in the world, with tides rising and falling more than 40 feet. From bald eagles to harbor seals to the fox pups pictured at top, the area encompasses some stunning scenery with terrific photo opportunities. Roosevelt Campobello International Park is a combination indoor/outdoor site that is renowned internationally. President Franklin Delano Roosevelt spent many enjoyable vacations on picturesque Campobello in the Bay of Fundy. Tour the Visitor Centre, Roosevelt Cottage and flower gardens. The park encompasses 2,800 acres, giving you plenty of room to explore walking trails, beaches, bogs, woods and spectacular ocean headlands - or simply enjoy a picnic with an ocean or lighthouse view. Tours of Campobello are also available. The park straddles the border of Maine. 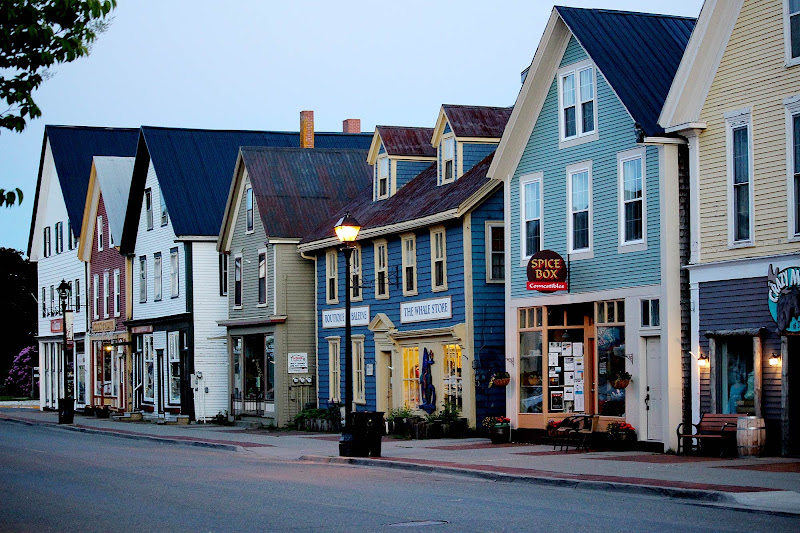 Explore the region's history on foot

St. Andrews was founded in 1783 and is still one of the best-preserved communities of the Loyalist era. (Many pro-British Americans moved here during the Revolutionary War.) The war of 1812 is also part of the history of the town with the Blockhouse National Historic Site playing a prominent role. The Ross Memorial Museum, Sheriff Andrews house as well as several summer homes designed by Montreal architect Maxwell all make for wonderful walking tours presented as footsteps through time. 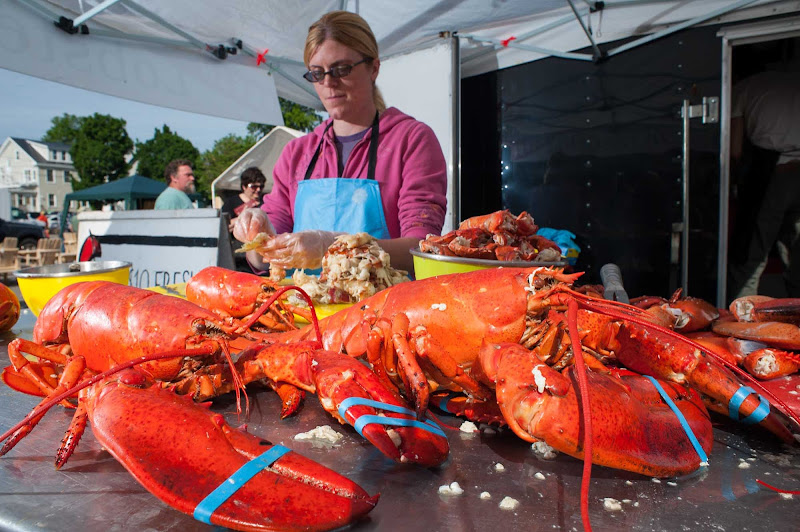 Courtesy of Cruise Atlantic CanadaEateries in New Brunswick are known for their fresh lobster.

One of the first questions visitors ask is, How do I get lobster around here? The answer is, at restaurants throughout St. Andrews. Tourists are always delighted to find out that in addition to lobster, they can get some of the best salmon, herring, clams and even caviar. Blueberries are harvested in August and chocolates are made locally, too. This area is a food lovers paradise. 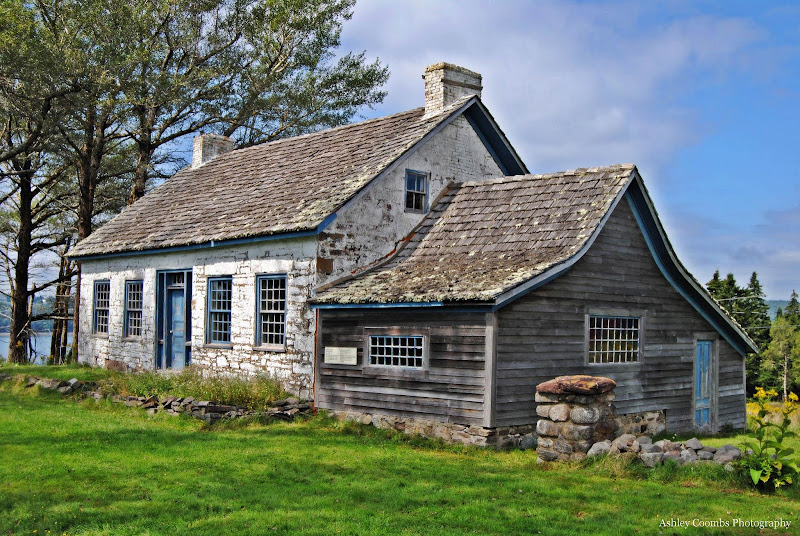 Ashley Coombs / Creative Commons BY ND A cottage on Ministers Island, off the coast of St. Andrews, New Brunswick.

Ministers Island is an enchanting place to experience. Lying just off the shore near St. Andrews, New Brunswick, Canada, this 500-acre island is only a part-time island. You reach it by driving over the seafloor at low tide about one-half mile. Once there, you are immersed in an experience from the late 19th and early 20th century: It was the summer estate of Sir William Van Horne, the first president of and the driving force behind the Canadian Pacific Railway. Shop for a special keepsake

10The merchants of the region recognize that visitors look for something to take home that reminds them of the special places they have been. Shops and studios of this area carry both the conventional and the customized gifts that become keepsakes long after the trip has ended. It could be a T-shirt that says it all, however, the hidden gems made by New Brunswick artists and artisans will also tempt the discerning traveller.