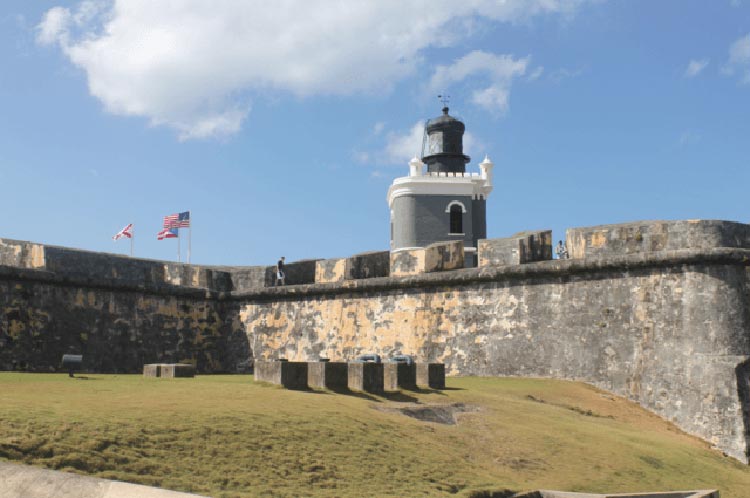 A modern tower overlooks the 16th-century battlements of El Morro in San Juan.

Recently we stepped back in time at Puerto Rico's 1500s citadel

Recently we headed to Puerto Rico to celebrate the launch of the new Anguilla — San Juan service to San Juan is now being offered by Seaborne Airlines. While we were in town for business, we extended our time there a bit to be able to enjoy a bit of what Puerto Rico has to offer.

This trip marked my first time in the U.S. territory and I was psyched to have a couple of days to take a dive into Old San Juan’s charming streets and explore a bit of the history-rich island.

One of the musts for anyone’s first time to San Juan? The 16th-century citadel El Morro. 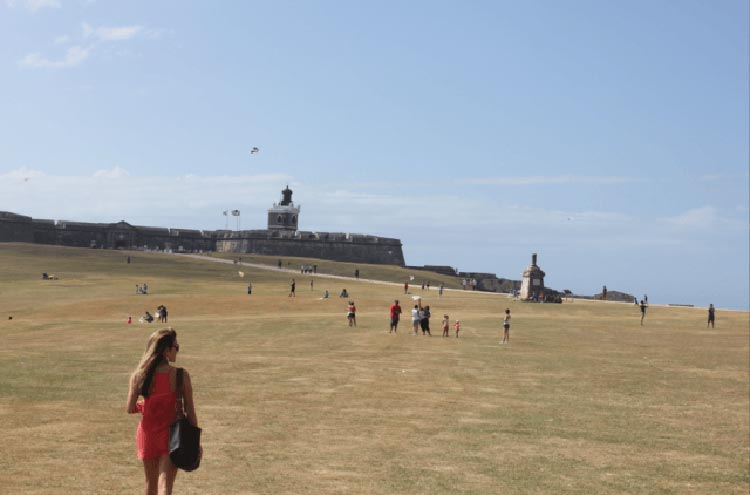 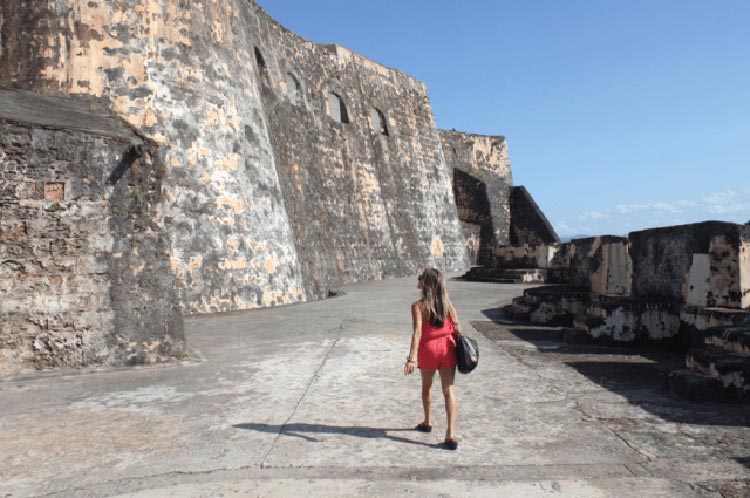 The walk to El Morro (variously called Castillo San Felipe del Morro, Fuerte San Felipe del Morro or Castillo del Morro) from our home base at El Convento was incredibly charming. The colorful streets of Old San Juan bled into gorgeous sea views and a huge lawn at the base of the fort. It was a Saturday when we visited and families were out en masse, soaking up the sun, flying kites and picnicking.

I wasn’t entirely sure what to expect of El Morro but had heard and read enough about it to know that it was a must for any first-timer. The fort is part of the U.S. National Park System and is a UNESCO World Heritage Site which dates back to the 1500s. To find many structures under U.S. jurisdiction dating back that far is something of a rarity. Coming from the West Coast, where our U.S. history dates back to 1849, this is practically ancient. 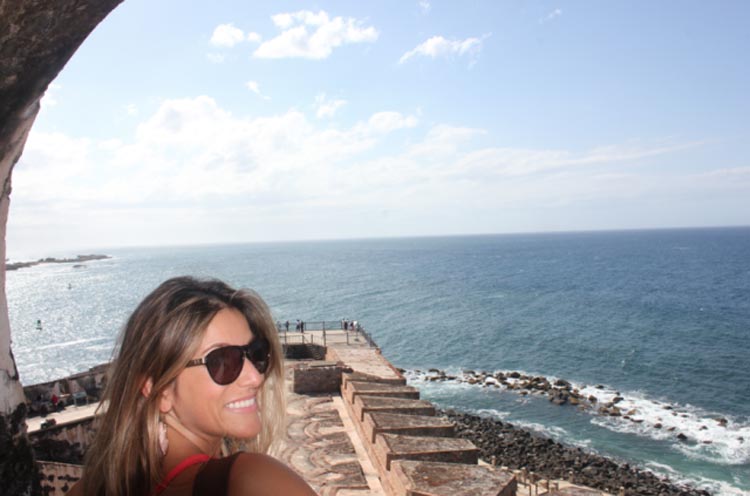 Shannon Kircher / Special to CruiseableThe view from a lookout station atop El Morro.

The site was built by the Spaniards over the course of 250 years. The parts of the fort that remain standing are pretty remarkable. The beginning of the construction on El Morro pre-dates the first American colony, which lends to its uniqueness in the American landscape. It’s one of the best preserved sites that I’ve encountered (granted it’s not as old as some historical sites we’ve seen around the globe); I was far more impressed than I expected to be. 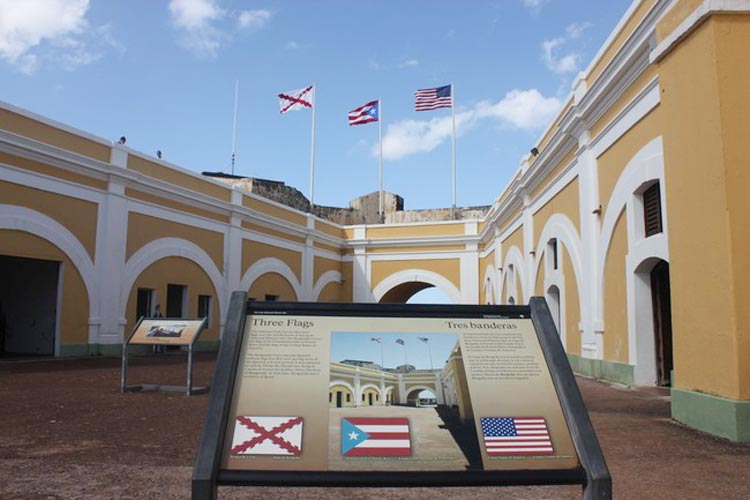 Shannon Kircher / Special to CruiseableThe Three Flags monument at El Morro, representing the U.S. flag, the Puerto Rico flag and the Cross of Burgundy flag, a Spanish military flag that flew here from 1539-1785.

You’ll enter onto the fort’s fifth level, and have the option of climbing up to the 6th level for gorgeous panoramic views of San Juan. Climbing down, you’ll enter open spaces that were once used as living quarters, and then continue to decline into the old tower and then to the bottom floor that sits at sea level. Some of the walls in the old tower are original, dating back to the mid-1500s when the fort was first erected.

If you’re a history buff, you’ll love reading about the history of the site and walking through the impressive space. Three flags wave in the wind at the fort’s highest point: an American flag; a Puerto Rican flag; and the Burgundy flag, a flag that represents Spain’s military as an homage to its past. If you’re not a history buff, you’ll be enamored enough with the views to make it warrant the visit. Seriously, give yourself five minutes to sit on the edge of the structure and drink in the views: the old city in the distance, the sea lapping up against the rocky shore, kids flying kites on the lawn below. 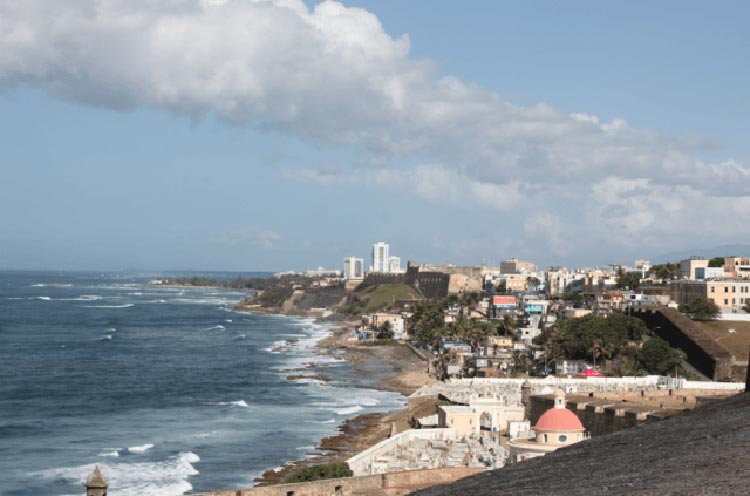 Shannon Kircher / Special to CruiseableThe view from atop El Morro.

Bring water or buy some at the gift shop on site ($1.50 per bottle). During our time there in April it was oppressively hot. I honestly cannot even imagine what summer months bring. A hat would be wise to help keep the heat off of your face. Entrance fees are $5 per adult, though the day we visited entrance fees were waved (children 15 and under are free). We’re still not totally sure why the fees were waved during our visit, but we were grateful for the freebie! In terms of footwear, I wore flip flops which were totally fine, but close-toed shoes would probably have been more comfortable for exploring the fort. If you’re fair-skinned, be sure to put some sunscreen on so you don’t get too crispy! 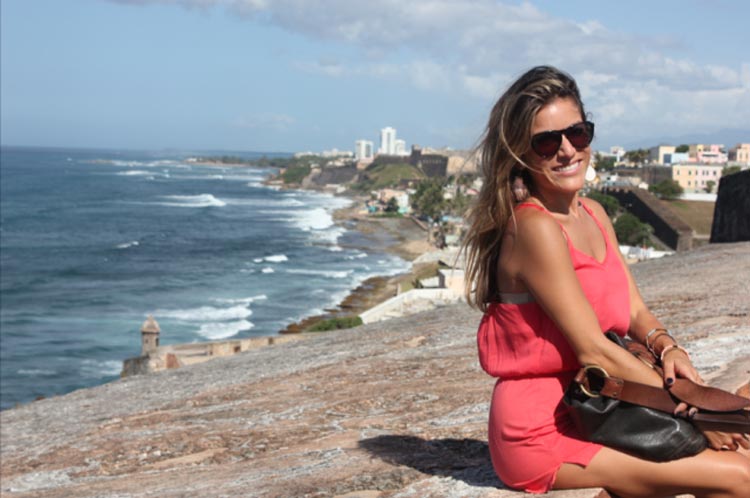 Have you been to El Morro? What are your other must-see sights in Puerto Rico?