Puerto Rico travel guide: What to do & see

Puerto Rico was severely damaged by Hurricane Maria in September 2017. Power on the island may be out for as long as six months. Be sure to check into the current state of services if you're planning to visit the island in the near term.

Puerto Rico (Spanish for "rich port") is an archipelago that includes the main island of Puerto Rico and a number of smaller islands, the largest of which are Vieques, Culebra, and Mona. Puerto Ricans often call the island Borinquen, from Borikén, its indigenous Taino name. The island is  frequently referred to in Spanish as "La Isla del Encanto," which means "The Island of Enchantment.”

Puerto Rico is 100 miles long by 35 miles wide and, due to its geographic location at the center of the Antilles,  a crossroads of cultures. Puerto Rico has been a commonwealth  of the United States since 1898 and Puerto Ricans have been U.S. citizens since 1917.

Cruise ship companies, such as Carnival Cruises and Royal Caribbean prefer this setting, and have made the San Juan one of their ports of call. Some of the other cruise lines that stop in Puerto Rico include Celebrity, Disney, Holland America, Cunard, Princess and Azamara Club Cruises. 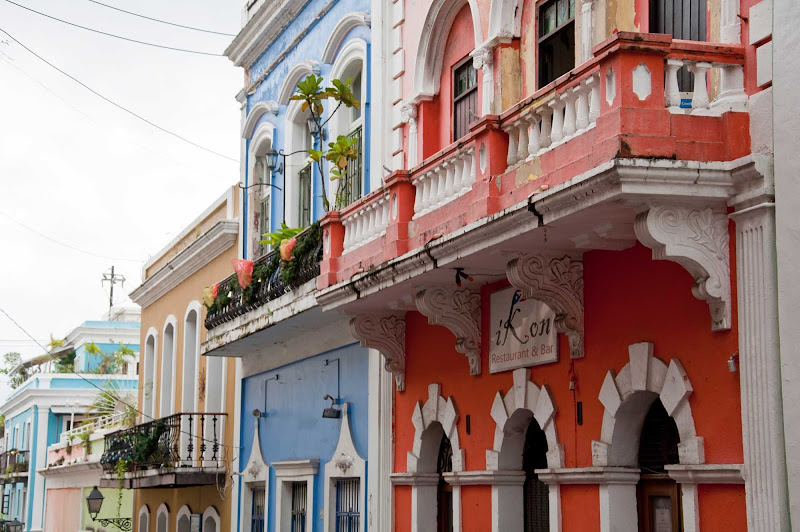 Take at least a half-day to explore the cobbled streets of the Spanish Colonial district with its massive fortresses that have guarded the island (even repelling a fleet led by Sir Francis Drake) for centuries. They include El Morro, San Cristobal and San Juan de la Cruz, all of them UNESCO World Heritage Sites. Among its many other charms are Plaza de Armas, a picturesque square dotted with historic statues, and Casa Blanca, a gracious 16th-century home built for Juan Ponce de Leon. 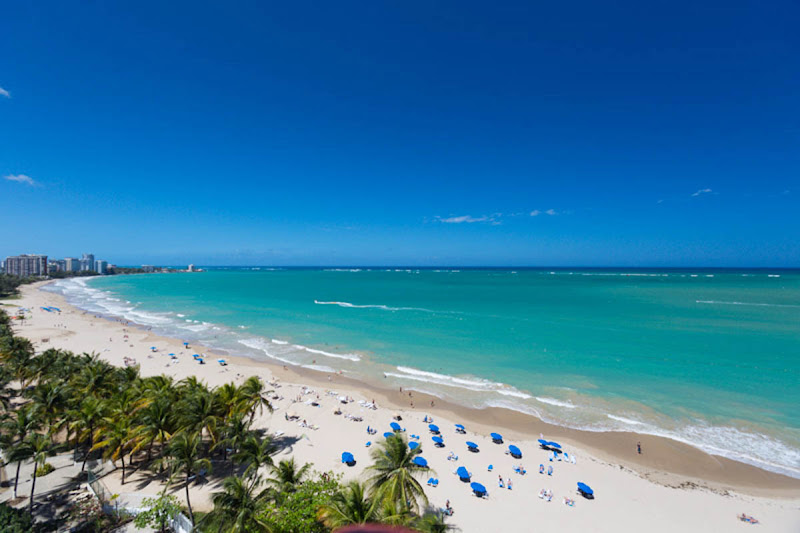 Puerto Rico features a temperate climate, averaging 83 degrees F in the winter and 85 degrees F in the summer. Trade winds cool the coastal towns and temperatures fall in the higher mountains. San Juan’s beaches are concentrated in the hotel districts of Candado and Isla Verde, about a 10-minute taxi ride from the cruise piers. Or take a ferry out to the isle of Culebra to Playa Flamenco, with its broad span of white sands, turquoise waters and offshore reef that is a favorite among snorkelers. The beach town of Rincon on the west coast is the prime spot for surfing.

Old San Juan is the place to browse for everything from fine art to kitschy souvenirs. Local items to look for include woodcarvings, masks, baskets, hammocks, ceramics and hand-rolled cigars.

Puerto Rico’s most famous product is also a tour favorite. Frequent ferries leave from Pier 2 in Old San Juan over to the Bacardi Rum Factory where there are interactive exhibits on rum history and production as well as a gift shop and hibiscus gardens. Distillery tours and tasting can be enjoyed at Destileria Serralles, which produces Don Q, one of the oldest rum brands made on the island.

There are more than 15 championship courses in the San Juan area, including two 18-hole, Tom Kite-designed courses at Trump International Golf Club.

Escambron Marine Park right in Old San Juan offers snorkeling in protected waters. The island’s prime snorkeling and dive spots are found off Fajardo on the east coast where reefs and underwater caverns near a string of islets. Catamaran excursions to Fajardo are available from San Juan.

Las Vegas-style casino gaming is available in some of San Juan’s luxury hotels. 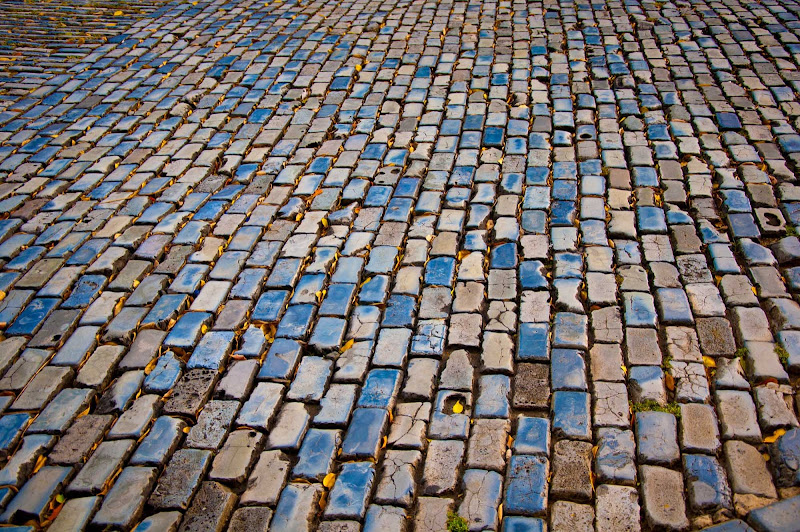 Bioluminescent kayaking: A tour by boat or kayak of one of the bioluminescent bays in Vieques is a spellbinding experience. The microscopic organisms that live in the waters glow with an eerie blue-green light as they dart away from movement.

El Yunque National Rainforest: A network of trails wind throughout this spectacular cloud forest on the slopes of the Luquillo Mountain Range. Hikers can hear the song of local coqui tree frogs, keep watch for elusive wild parrots and take a bracing dip in the pool at the bottom of La Mina waterfalls. 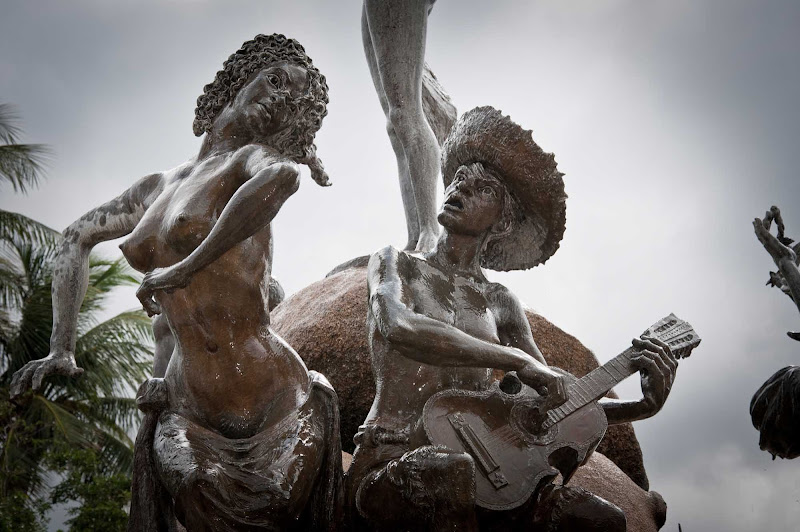 Cruise ships arrive at one of the four cruise piers located along San Antonio Canal, a short walk to Old San Juan, historic sites and shopping. Many ships stay docked until late in the evening, so there’s a chance to enjoy local dining and nightlife.

Taxis are available at the cruise piers. Look for white taxis with Taxi Touristico on the doors. A taxi from Old San Juan to the resort districts of Condado and Isla Verde costs  $12-$19.

Public transit: Free trolleys, which stop across from the cruise piers, go around to the major sites in Old San Juan. There is no island-wide public bus system, but San Juan offers two public bus systems for getting around the city.

Car rental offices are found at the airport or in major hotels.

Documents: Puerto Rico is a U.S. territory, so U.S. citizens do not need a passport.

Language: Although both English and Spanish are the official languages, most local people outside of the hospitality industry are not fluent in English.

How about you? Have you been to Puerto Rico or are you planning to go? I'd love to hear about your experience or see your photos!

“Puerto Rico's midsection is underappreciated for its beauty. The thin shoelace of road from the coast to Guajataca Forest Reserve is like taking a hike on four wheels. It's nearly as tropical and textured as the famed El Yunque Rainforest three hours away, except this is 45 minutes, tops, and free.”

“Puerto Rico is an intoxicating blend of Spanish, African and Indian influences all melded into a tropical atmosphere of beaches, rainforest and a fast-growing element of luxury.”

“In Old San Juan, climb the ramparts of El Morro, a UNESCO World Heritage Site, for great views. If you want a more natural experience, explore the dripping jungles of El Yunque.”

“Folks who have traveled to Cuba say that Old San Juan reminds them of Cuba, at times, more than Cuba itself.”

“The Vieques Human Society and Animal Rescue welcomes dog lovers who want to give back while on vacation. The nonprofit encourages visitors to call ahead to arrange times and tasks that might include bathing, feeding, and walking dogs.”

“Check out the moon calendar at viequesadventures.com. As long as the moon isn't at its brightest, book a clear kayak tour of the bioluminescent bays with Vieques Adventure Company. The water will literally glow beneath you.”