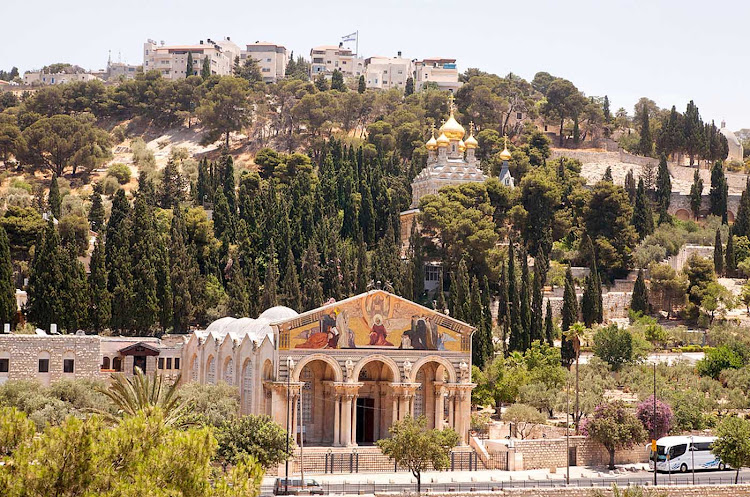 The Mount of Olives is one of three peaks of a mountain ridge just east of Old Jerusalem.

Cruiseable's editorial team has written the following guides to help travelers prepare for your time on shore during your cruise travels. Use them to prepare for your visit to a foreign city or port. Save bookmarked pages to your My Planner page.

Casablanca travel guide
Region: Africa / Port in: Morocco
Casablanca means "white house" in Spanish, and the reason for the city's name will become quite obvious as you explore the city's landscape. White houses and white office buildings are the norm here in Morocco's busiest city. The Hassan II mosque ... See more
READ GUIDE >
Cape Town travel guide
Region: Africa / Port in: South Africa
Founded in 1652 by the Dutch, Cape Town was the first permanent European settlement in Africa. Today it's alive with style and has taken the best from both European and African cultures and incorporated them into a unique blend of heritage ... See more
READ GUIDE >

Jerusalem travel guide: What to do & see
Region: South Pacific
Jerusalem conjures up strong emotions and special feelings for people all over the world, and has for thousands of years. Millions of people have engaged in historic battles over the city throughout the millennia, and even today, Jerusalem's ultimate ... See more
READ GUIDE >

Istanbul travel guide & photo tour
Region: Europe / Cruise destination in: Turkey
For 2,500 years, Istanbul was the capital of three different empires: Rome, Byzantine and, until 1923, Ottoman. Its location between Europe and Asia has made it an advantageous location over the centuries and a center for trade and culture. ... See more
READ GUIDE >
Kusadasi: Staging ground for exploring the ruins of Ephesus
Region: Europe / Cruise destination in: Turkey
Turkey is a sprawling and diverse country, and Kusadasi exemplifies this diversity. The city has been built up to resemble a beach resort, but the citizens have rebelled against this all-out push for tourism. Many of the beaches are quite unpopulated, ... See more
READ GUIDE >