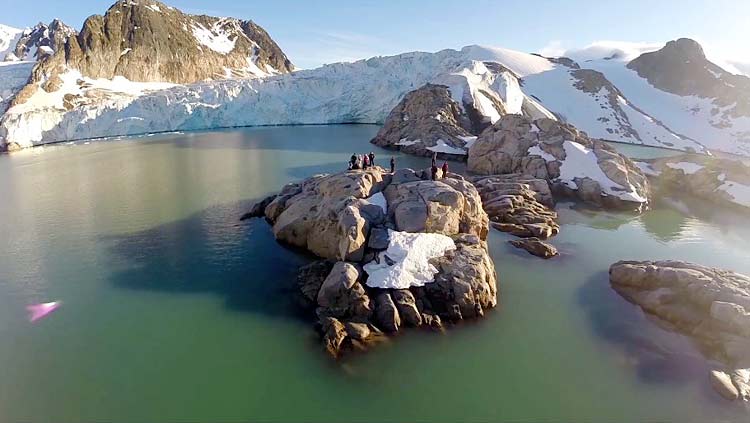 Svalbard from above: Hovering over the High Arctic (drone video)

The Norwegian archipelago of Svalbard, between mainland Norway and the North Pole, is among the world's most remote areas, and one of the world’s northernmost inhabited regions. It's known for its rugged territory, ice floes, glaciers and frozen tundra sheltering polar bears, Svalbard reindeer and Arctic foxes.

In "Svalbard, The High Arctic" (7:57), photographer Peter Cox used a drone to capture these stirring images of the arctic region, so you can take in its wonder even if you never board an expedition cruise.

As Smithsonian magazine put it: "The location's high latitude did cause a few problems with piloting, making it difficult for Cox to use the drone's GPS functions. Nonetheless, the resulting footage shows a landscape many will never be able to visit."