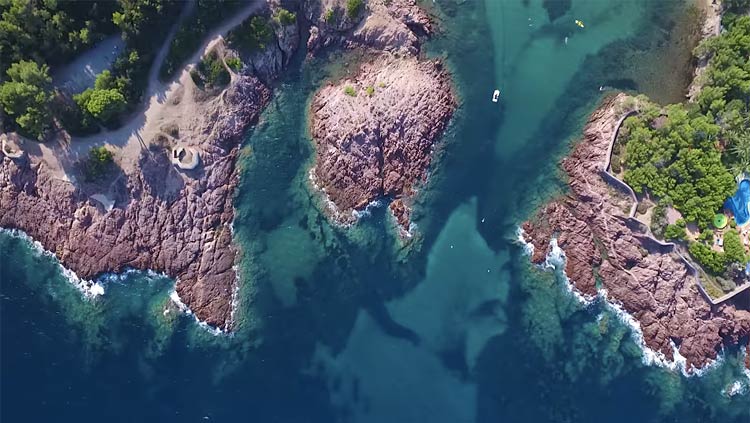 From the Droning Dutchman, who brought us this drone video of Denmark along the Baltic Sea, comes this 3-minute aerial tour of the spectacular French Riviera. The latest video shows beautiful shots of the Cote d'Azur, capturing people boating and paddling in clear waters followed by a scenic sunset.

Some of my best drone shots from the French Riviera during my 2016 roadtrip. Most shots were taken in and near Saint Raphael, Agay and Fréjus.

And he was quoted by Lonely Planet News:

“I live in the Netherlands where drones are becoming more popular every day. I bought a basic model last year and made some movies. I ended up liking it so much that I upgraded to an advanced drone not long after. ... Having travelled there once before, I know about the beautiful surroundings of the Riviera and wanted to capture them by drone.”