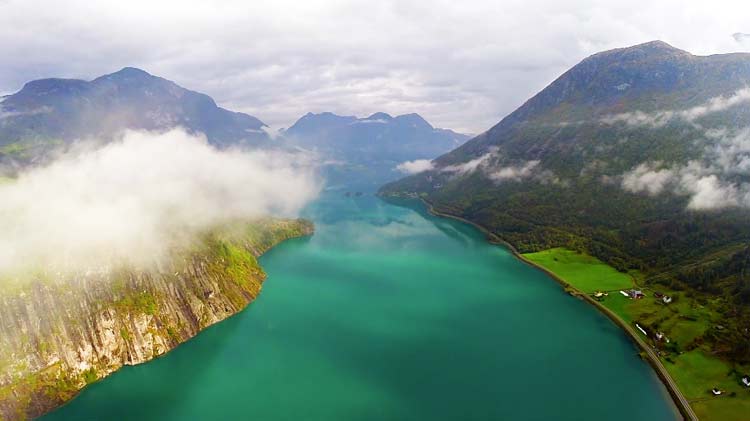 I'll admit it. I'm a sucker for a good drone travel video. Not just because they're cool, or because Cruiseable is about connecting people with new technologies.

No, I like drone videos because they're a new form of storytelling. Done well, drone videos can help convey the sense of a place, albeit it from a few hundred feet in the air. The vantage point alone seems to convey a certain air of majesty and wonder.

In the Drone Travel Videos section of Cruiseable Magazine, we'll be sharing drone videos of places that you can get to by cruise ship. That covers more than three-quarters of the earth's surface. So, hang on!

And please share others that you spot. We'll make you a Cruiseable correspondent, or we'll just add them to the "drone stream" here, as you prefer.

There's something that's frankly surreal about the video "Floating Over Bora Bora" (4:44, high def) by Trey Ratcliff (aka Robot Trey). It's almost as if you're watching a video game. But you're not. You're watching a new art form.

Here's another drone video gem from Trey Ratcliff of Stuck In Customs, titled, "Beijing From Above, and The Story of How I Was Detained by the Police for flying my DJI Quadcopter" (4:17, high def). It's garnered 1.5 million views since it was published in June 2014.

Going to Alaska and want to get off the usual tourist trails? This drone video will give you a taste of what you'll find, especially if you travel close to the summer solstice. "Solstice" (4:30, high def) from SturgeFilm offers "an aerial wander through the land of the midnight sun."

The west coast of Norway is near the very top of my bucket list, and this video is one of my three all-time favorite drone videos, both for the dramatic footage of the fjords and natural beauty of the glaciers but also for its production quality. "Strynsvatn" (2:48, high def) ...

The Norwegian archipelago of Svalbard, between mainland Norway and the North Pole, is among the world's most remote areas. It's known for its rugged territory, ice floes, glaciers and frozen tundra sheltering polar bears, Svalbard reindeer and Arctic foxes.

The drone video, "Incredible Iceland" (2:37) from Luke Bell, makes the case for a visit to Iceland. The music is lovely, and scenes include waterfalls, icescapes, Icelandic horses and more.