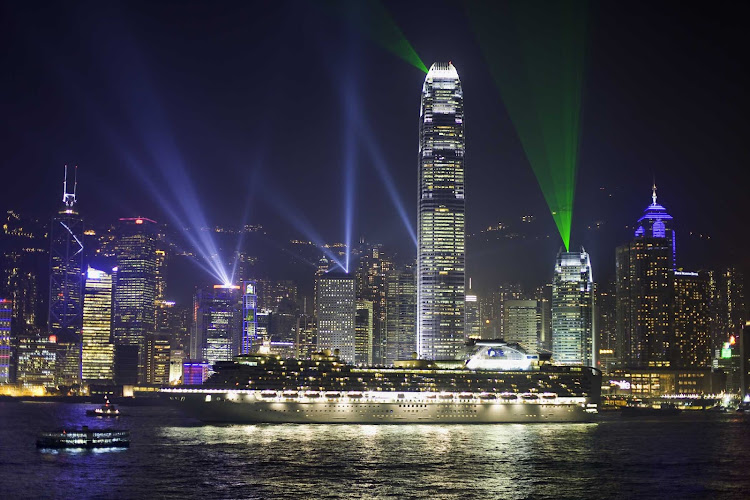 Is a world cruise right for you?

See the world in comfort, at a leisurely pace, aboard a luxury or premium cruise ship

Have you even dreamed of being on a cruise ship for months at a time but had reservations about whether you could afford the time or expense or weren't sure whether you'd like being a guest of a floating hotel for weeks at a time?

Well, many people take cruises of three weeks or more, a few wealthy types actually live on ships (especially Crystal Cruises) and some people hop on world cruises for just part of the journey. And while many passengers on world cruises are retired, a surprising number of young people — ready to explore the world in a way that's much more convenient than backpacking — have joined in the action.

Many cruise lines offer world cruises — see our World Cruise Roundup for 2016 and 2017.

Why go on a world cruise?

World cruises, which typically run for a few months, tend to attract seasoned travelers who want to continue exploring the world without having to fly from place to place or pack and unpack several times. It’s all about the bliss factor. 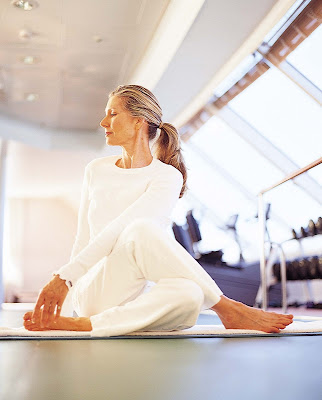 While my first mate Richard and I have been on at least a dozen cruises of 28 days, we’ve never done a world cruise, but it’s on our bucket list. We love the luxury of getting all cozy in our stateroom, having all our meals served, having the stateroom attendant take care of housekeeping, being able to work out anytime in the gym, jump in the pool, get spa or salon treatments and, of course, exploring several different ports. We actually try to pick long cruises with lots of sea days, but that’s not for everyone — some folks just need to set foot on land more often than others.

Sometimes it takes at least a week to get your rhythm going on a cruise and by the time some of us do, the voyage is over. But on long runs you have plenty of time to get a routine that fits your travel style.

Should you book a lengthy voyage, I do suggest you pony up a little extra and spring for a suite for the added comfort and perks. I would also advise cruising on a luxury liner operated by companies such as Crystal, Seabourn, Silversea, Cunard, Oceania, Regent Seven Seas, Holland America Line or Princess (but book a suite or mini-suite).

How a 28-day cruise on Silversea played out 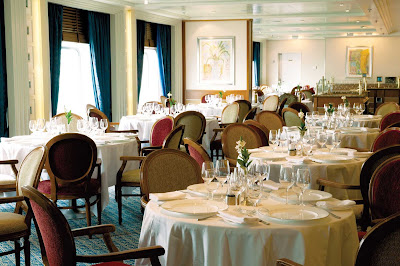 Let me give you a taste of our journey aboard Silver Whisper during a 28-day sailing.

Who says there’s nothing to do on a cruise? Well, some folks. But they are wrong. Very wrong. There is so much to do or not do — the choice is yours. Especially with today's ships, packed with intriguing activities. Of course, you have to select a ship and stateroom that suits you.

We prefer small luxury liners with suites. The bigger the quarters, the better for longer voyages. However, if you're super active and like cruises with nonstop activities, you should consider mega-ships such as Royal Caribbean’s Brilliance of the Seas, Radiance of the Seas and others in the Royal fleet, Princess’ Grand and Coral class ships (which includes Diamond Princess at top), Celebrity’s large, sleek ships and Holland America’s newest vessels. 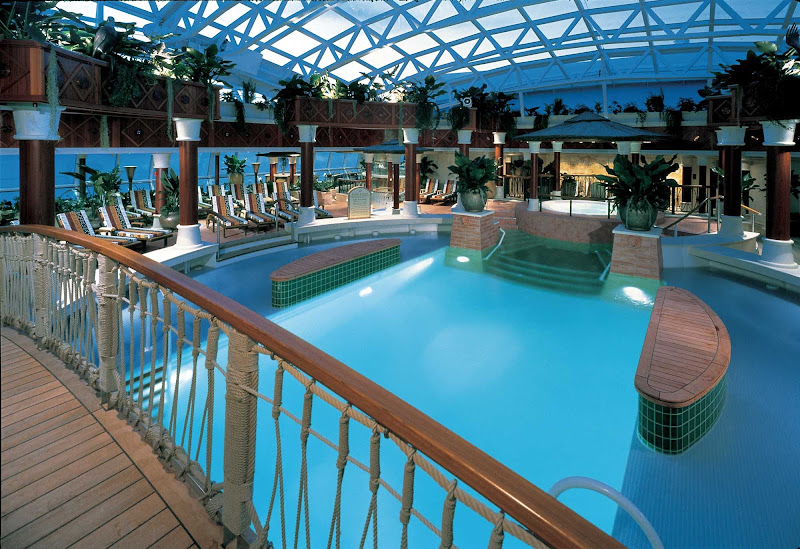 Courtesy of Royal Caribbean InternationalThe tranquil Solarium, an adults-only area on Brilliance of the Seas, includes a pool, two whirlpools and its own café and bar.

Yes, when we started cruising about 20 years ago, a seafarer did get weary dining in the same spot night and day. But those days are gone. Many ships now feature not just a wide array of activities and entertainment but also a choice of several restaurants (you'll often see a surcharge of about $25 to $45 per person for specialty dining spots aboard ships such as Celebrity Constellation, Royal's Brilliance of the Seas and many others), 24-hour cafes, diners, pizza parlors and even ice cream shops. Trust me, your palate won't get bored. 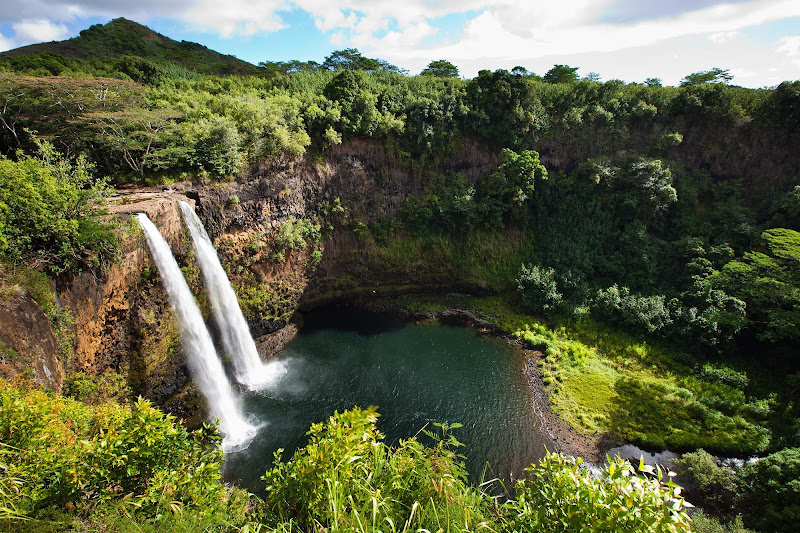 Tor Johnson / Courtesy of Hawaii Tourism AuthorityBehold Wailua Falls, a 113-foot waterfall near Lihue on Kauai, one of the places where you might stop on a world cruise.

Our Silver Whisper cruise went from Los Angeles to Auckland, New Zealand, with stops in Ensenada, Mexico, the Hawaiian Islands, Tonga, Samoa and New Zealand. There were glorious days during which we did many those aforementioned activities. We also watched movies on the plasma screen TV in our suite while room service waiters served us multi-course dinners. We tried our luck in the tiny casino (but didn’t win), took afternoon tea with yummy pastries. We worked off our indulgences in exercise classes led by Gabor, a Romanian fitness instructor who worked our abs, butts, upper and lower bodies and taught us Pilates and yoga.

Highlights of our monthlong cruise 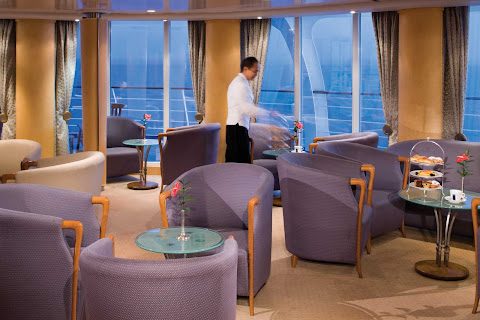 Courtesy of Silversea CruisesGet a complimentary drink, listen to elegant music and mingle with friends in the Panorama Lounge onboard Silver Whisper.

Highlights of the cruise included crew member such as Ricky, from Manila, a deck steward and sometimes barkeep who went out of his way to service passengers. Nick, the regular pool bartender, an outgoing Kiwi who kept folks happy with powerful pours of their favorite brands. Spellbinding lectures were provided by Dr. Dieter Arnulf Galler, a rather opinionated but fascinating speaker who kept his audience rapt with tales of Tonga, New Zealand and the South Pacific. At night there was Michael heading The Bar (it’s called just that) where he knows everybody’s name and drink preference.

We never wonted for activities on sea days, but the ports of calls were welcome sights with stops in Hilo, Hawaii, Kauai, Maui and Honolulu before heading on to more exotic ports of call, like Apia, Western Samoa. There we took a shore excursion led by a savvy guide named Julie who told us that the natives eat only two meals a day but “snack frequently.” Sounded like being on a cruise. We went by van to a local beach where some Beverly Hills attorneys run the restaurant. Go figure. We swam in the crystal clear, shallow sea and sunned until heading back to the ship. 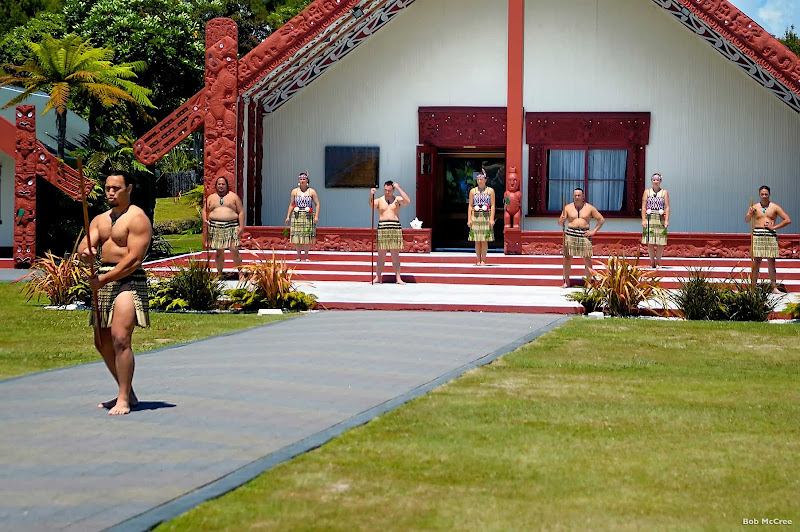 New Zealand was wonderful. It was our first visit to this retro 1950s scene where locals go at a slow pace enjoying life to the fullest at the beach, in sailboats, sitting in cafes or restaurants and taking in local attractions. When we got off the ship to tour Tauranga a security guard gave us a big smile and said, “Good on ya,” meaning have a nice day.

In the Bay of Islands on the north island, we hiked around The Mount and walked around the cute, picture-postcard town and walked about two miles to the nearest beach. (You guessed it, we're big beach fans.)

The days flew by, we even lost a day passing through the International Date Line. We were even sad to disembark in Auckland. In fact we wished we could have stayed on the extra nine days to Sidney. But alas, all good things must come to an end. And we had several hours to spend before catching the 12-hour flight home. 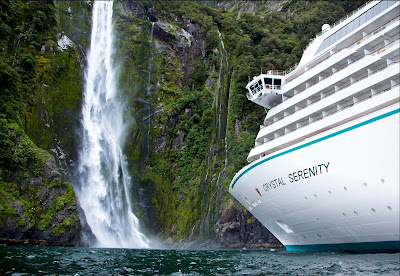 Courtesy of Crystal CruisesView gorgeous waterfalls up close when Crystal Serenity takes you through Milford Sound in New Zealand.

Ships that conduct world cruises and longer voyages vary quite a bit in size, services, experiences and pricing. Expect to pay a pretty penny if you go all out and want a world cruise: Prices begin at $60,000 per person on Silver Whisper and $36,000 on Crystal Serenity or Crystal Symphony.

You can’t go wrong with Crystal Serenity or Symphony, which we’ve cruised on for weeks at time. On one memorable sailing we went from Los Angeles to New York through the Panama Canal on Symphony, and on Serenity's inaugural cruise we went from New York to Los Angeles (we actually had airline tickets in case we got cabin fever and wanted to jump ship in Acapulco, but we loved it so much we stayed on to LA.).

You'll never have a dull moment on Crystal with its top-notch enrichment programs, Computer University at Sea, state-of-the-art feng shui spa, fitness center, oceans of deck chairs and space, shows, late-run movies and even a library stocked with current best sellers and much more. The fare includes wines, spirits, soft drinks and all your tips.

Convenience, itineraries are the big draws

Just remember: Cruising means having to pack and unpack only once and avoiding lots of time on a plane and in airports — a big advantage during these trying times. You can visit several countries or islands effortlessly and have all your meals and activities at your beck and call usually for no extra charge save for shore excursions and spa treatments.

Cruising is one of the most exciting, therapeutic and healthy ways to vacation. And with more modern ships providing contemporary and high-tech comforts and amenities, it’s better than ever for long voyages.

Oceania, Silversea, Crystal and other cruise lines have some fabulous world cruises on tap for the next two years. See our roundup of world voyages on tap for 2016-2017.

Contact the Cruiseable business team and talk with an experienced travel advocate who can answer all your questions and book you on the world cruise that's right for you.