British Virgin Islands travel guide: What to do & see

There's no dearth of good storytelling when at sea. The British Virgin Islands (BVI), with its host of sometimes misbehaving international millionaires and billionaires, A-list celebrities and their entourages, is a prime source of such yarns. After all, who doesn't love hearing a little juicy island gossip about the previous night's debauchery while self-medicating with sun, sand and rum?

Some top options include snorkeling or sunbathing at the Baths of Virgin Gorda, scuba diving to explore some of the 300-plus shipwrecks off Anegada Island, hitting a family-friendly beach, swimming with the dolphins on Tortola or taking part in a full-moon party (see below — just keep your shorts on, buster).

Cruise ships that call on the British Virgin Islands 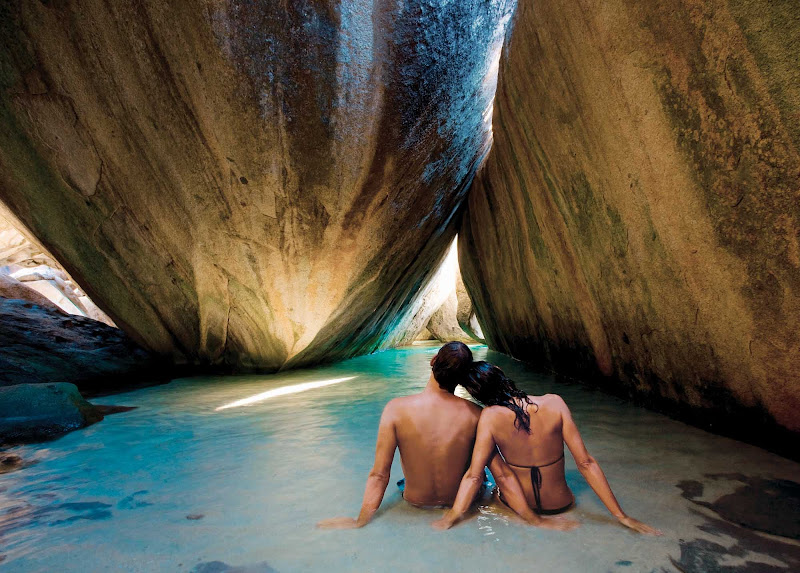 Top things to do & see in the BVI

A maze of boulders

Snorkel the Baths of Virgin Gorda. The massive, smooth boulders rise from aqua-hued waters to create a maze of grottoes, caves and shallow pools.

Take in the view from the crest of Tortola’s 1,710 foot Mount Sage and the winding Gorda Peak trail in Virgin Gorda. The latter is a doozy; if you drive, be aware the roads wind dramatically.

Watch the shifting tides from a seaside hammock or a barstool at the Soggy Dollar on Jost Van Dyke Island. There are only two bars on this quiet island, and while people-watching is great sport, sometimes it’s best to sit and be at one with the ocean.

You can dive the more than 300 shipwrecks off Anegada Island where flocks of flamingos skim the water. The RMS Rhone shipwreck of 1867 off the coast of Salt Island has ruins made cinematically famous in "The Deep."

Be your own pirate on Norman Island, reputed to be the inspiration for Robert Louis Stevenson’s "Treasure Island." Seekers of gold and jewels may surface empty-handed but they will have captured the beauty of the island, a treasure in itself. 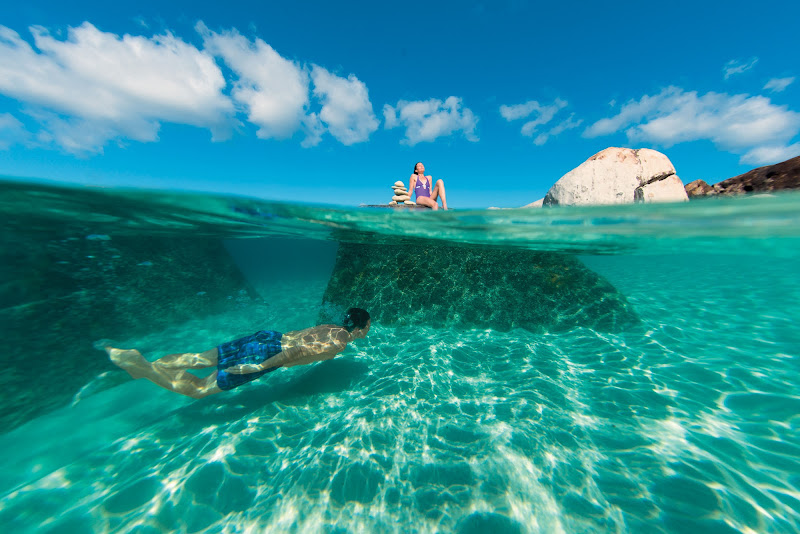 Tortola Island is ripe with new playgrounds. There's Benjamin Romney Park on the water, a park on Main Island Road between Zion Hill and the West End, as well as a park close to Red Hook. Captain Mulligan’s, near the entrance of Nanny Cay, has an oceanside trampoline.

Children can pick the dolphins they want to swim with at the Dolphin Discovery within the Prospect Reef Resort, also on Tortola Island (but no, Veruca Salt types, sorry, they can’t take them home). For a wacky activity there’s the North Shore Shell Museum on Tortola opposite Carrot Bay. The house is packed with cool shells that the owner, a seashell hoarder named Egbert, has spent a lifetime collecting.

Accessible only by boat or helicopter, the luxurious 300-acre community that is the Oil Nut Bay Resort has added Sea Life Discovery, a family-friendly activity that exposes kids to the underwater world through scavenger hunt games. There’s also the Nut House where children can get artsy and crafty and the Oil Nut Bay Beach Club that offers paddleboarding, snorkeling, sailing, kayaking, and five hiking trails for those tiring of water activities. 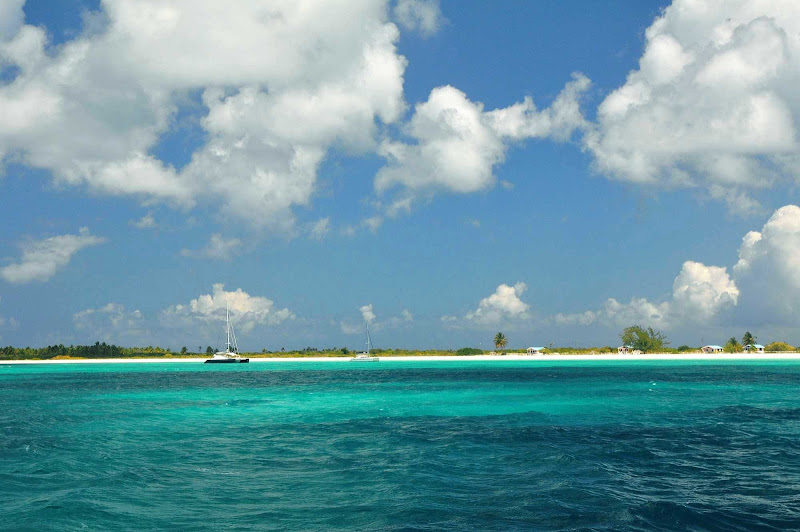 Where you find glittery azure waters and expensive real estate, you find spectacular marinas like the YCCS Marina Virgin Gorda, and super-yachts that cruise in for events like the BVI Regatta. A more affordable activity is the BVI Music Festival, where you can get your fungi on. 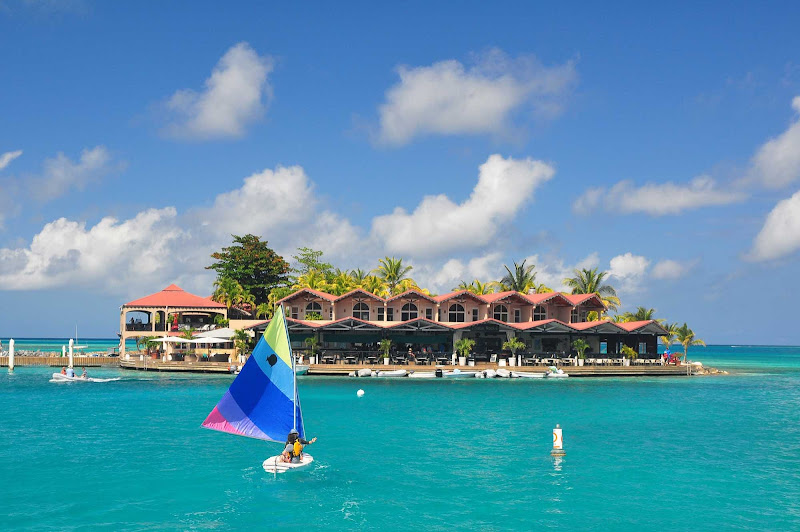 BVI is a year-round paradise. While winter is more popular, off-season features the best deals. There's a rainy season, but it is manageable as the weather stays consistently in the 80s F.

The British Virgin Islands were directly hit by Hurricane Irma in September 2017. Many venues that catered to tourists were damaged. Be sure to check into the current state of services if you're planning to visit the islands in the near term.

Tortola, Virgin Gorda and Jost Van Dyke are typical stop-overs for cruise ships. Once there, navigate and explore via ferry or private boat, airplane and seaplane.

Car rentals: When renting a car, you'll need a  temporary BVI driver’s license (get one for $10 from your car rental firm or the BVI's Vehicle Licensing Department by producing a valid driver's license from another country).

Public transit: There are taxis, and bus service is available, though with limited routes.

Language: English is the official language.

Safety: BVI is a pretty safe place. The islands have a low crime rate and wandering about alone is not particularly high risk. However, use good judgment and take the usual precautions when traveling.

How about you? Have you been to the British Virgin Islands? I'd love to hear the top highlights for you — please leave a comment or share a photo or two!

“Don't leave the BVI without trying a Painkiller made with Pusser's Rum (now available in the States). But when buying a bottle to take home, ask for the truly local Callwood Rum.”

“Jump on a ferry or water taxi and start exploring. Choose from many reliable companies that make traveling between islands a breeze. You can, if fact, make many stops in one day: enjoy breakfast on Virgin Gorda, an afternoon barbecue on Jost Van Dyke, and watch the sunset from Tortola's gorgeous coast.”