Cayman Islands: Where you can bank on great diving

Stunning coral reefs, crystal clear waters and rich, varied marine life draw divers of all abilities to a trio of islands 90 miles south of Cuba: Grand Cayman, Cayman Brac and Little Cayman. The Cayman Islands are a popular destination in the Caribbean for scuba divers and snorkelers, but they also have much to offer visitors who prefer to stay topside: beautiful white sand beaches, world-class restaurants, top resorts, and plenty of shopping: think antique gold doubloons, beautiful jewelry and designer clothing.

While Grand Cayman has a reputation as a banking center and tax haven, and yachts line the marina, the Cayman Islands are more than just a playground for the wealthy.  Whether you are a birder, botanist, water lover or simply want to lounge on some of the most beautiful beaches in the world, the Cayman Islands have plenty to offer in a family-friendly setting.

Cruise lines that call on the Caymans 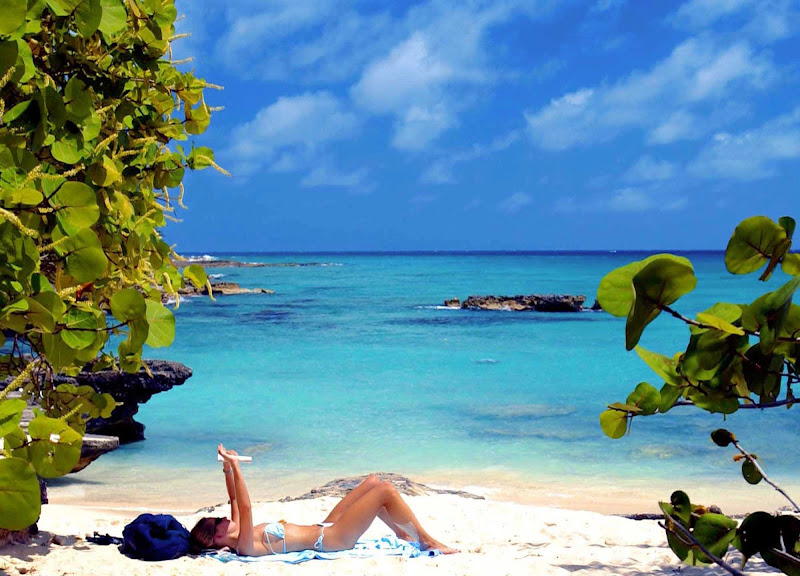 With white sands and clear waters, it's no wonder why people come to the Caymans for the beaches. Grand Cayman is best known for Seven Mile Beach, considered one of the Caribbean’s most beautiful beaches, perfect for strolling, snorkeling, swimming and riding personal watercraft.

If you'd prefer to avoid crowds, head for local favorites Spotts Beach, popular for viewing sunsets, and Smith Cove, a secluded snorkel area with a South Sound location convenient to the cruise port, plus picnic areas, showers and restrooms. On relatively undeveloped Cayman Brac and Little Cayman, known to residents as the sister islands, vacationers seeking simple relaxation can often enjoy having a beach all to themselves. On Little Cayman, kayak over to even smaller Owen Island for a picnic and pretend like you're a castaway on an uncharted desert isle.

Rum and rum cakes are popular souvenirs for good reason: they're delicious. The Tortuga Rum Company offers tours that include free samples of rum and the many flavors of rum cake. If you can't make it for a tour, never fear: the cakes and rum are available everywhere on the islands.

This 18th century historic site was the home of an early Caymanian settler, a wealthy Englishman. The living history museum includes seven acres of gardens, a 3-D theater, period furniture and other artifacts of the era. It's a popular place for weddings and other events and makes a good "last stop" on your way to the airport. 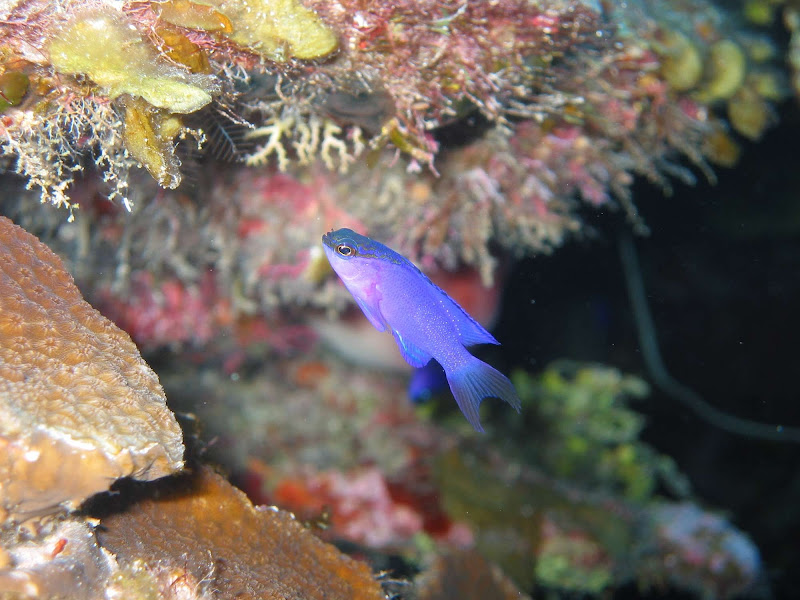 Stingray City and Stingray Sandbar on Grand Cayman are famous for the opportunity to snorkel with, pet and even feed the flat fish with the suedelike skin. Stingray Sandbar is only three feet deep, so children can enjoy the experience; at 20 to 25 feet, Stingray City is more suited to scuba divers. Nearby Boatswain's Beach is home to the Cayman Turtle Farm, with more than 16,000 green sea turtles and other animals, including sharks and alligators. Birdwatching is most popular on Cayman Brac and Little Cayman. Twitchers may sight brown boobies, magnificent frigatebirds, West Indian whistling ducks, bananaquits and Cayman Brac and Grand Cayman parrots, to name just a few. For birds, rabbits and other wildlife, hike the four-mile Mastic Trail; at the Queen Elizabeth II Botanic Park, you'll be greeted by rare blue iguanas as well as birdlife and the occasional small, harmless snake. Be careful not to touch the maidenplum tree, which causes an itchy, painful rash.

Diving is the activity of choice in the Cayman Islands. Among the many draws for divers are  100-foot visibility, wall dives, swim-throughs, coral formations, reef sharks, schools of silversides and wrecks. The newest wreck on Grand Cayman is the USS Kittiwake, sunk in 2009 to form an artificial reef. Led by a guide, divers can tour its interior and exterior. While there's plenty of diving on the west side of Grand Cayman where all the hotels are, don't miss the diving on the East End: it's less crowded and has spectacular dive sites.

On Cayman Brac, a popular dive attraction is the wreck of the 330-foot Captain Keith Tibbetts, a Russian-built Cuban naval frigate that sank off Cayman Brac’s northwest coast in September 1996. The wreck has become a subterranean home for a variety of marine life, and there are two other small wrecks off the Brac's coast as well. Little Cayman is famed for its wall dives, in particular Bloody Bay Wall, which starts as shallow as 20 feet. Water temperature ranges from 78° F in February to 86° F in September, giving new meaning to the phrase "bathtub diving." 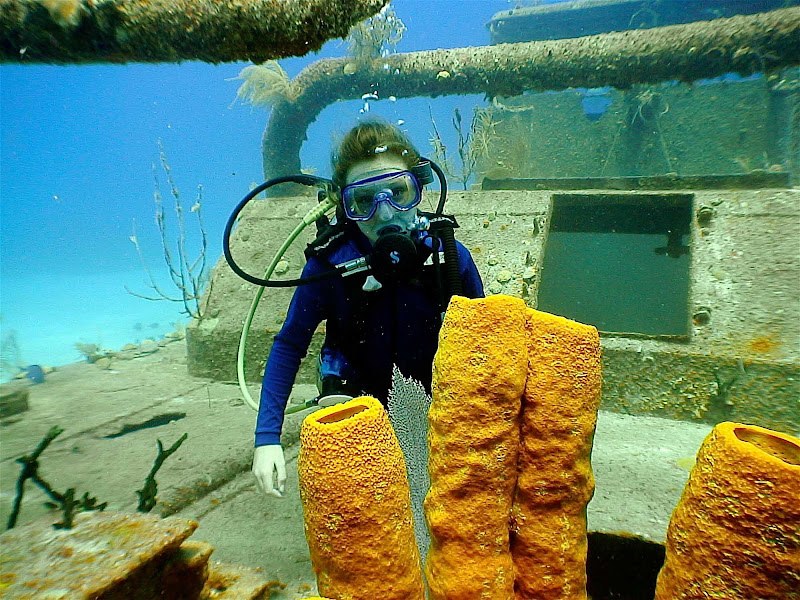 Jay Easterbrook - Divetech / Courtesy of Cayman Islands Department of TourismKids Sea Camp on the wreck of Doc Poulson in the Cayman Islands.

Local specialties are fish, conch and turtle (raised on the island) and jerk chicken and pork, but you can find almost any type of cuisine on Grand Cayman, from sushi and Thai food to fine dining. Celebrity chef Eric Ripert's restaurant Blue (345-943-9000) at the Ritz Carlton offers three- and six-course prix fixe menus of spectacular seafood. Michael's Genuine at Camana Bay features fresh, organic and local ingredients--including the occasional lionfish dish--and craft cocktails. For an Italian/Mediterranean twist in a beautiful and unusual location, visit The Lighthouse. Items on the menu include conch chowder, seafood curry and pork chicken in Marsala sauce. For something less fancy, Sunshine Grill (345-946-5848) remains a favorite for both tourists and locals, who rave about its fish tacos, burgers and Havana chicken. For a true taste of Caribbean food, make sure you stop at a Jerk stand. The spicy barbecue meats shouldn't be missed. 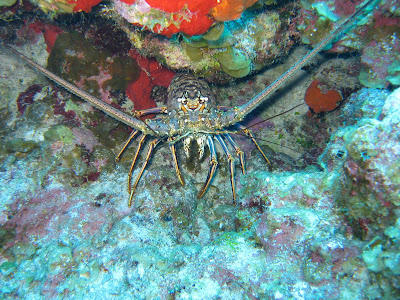 The most popular season is winter and spring (December through April), but the Cayman Islands can be visited year-round. The water is warm and calm in summer, and marine biology geeks who visit on just the right dates in August or September may be lucky enough to experience the annual coral spawning. The official hurricane season is June 1 through Nov. 30, but the islands are rarely troubled by massive storms, and many dive operators and resorts offer special low-season deals during this time. Caymanians celebrate the end of hurricane season with a fun festival called Pirates Week.

Cruise ships dock in the port of George Town on Grand Cayman. In order to visit the sister islands, you'll have to go by air.

It is best to rent a car when on the Caymans, as buses and taxis are often hard to come by. Anyone over 21 can rent a car; however, drivers should note that driving on the Cayman Islands is done on the left side of the road. Mopeds and scooters are also available on Grand Cayman and Cayman Brac.

Tipping: Most bars and restaurants add a 15% service charge to your bill, which is split among all the staff. If you are pleased with the service you received, consider adding another 5% to 10% on the tip line.

Safety: The Caymans are considered to be some of the safest islands in the Caribbean; however, it's always smart to lock up your valuables and avoid flashing cash.

Have you been to the Caymans? What was the highlight? Do you have any tips you can share?

“Ringed by coral reefs and calm waters, the three islands that make up the Cayman Islands — Grand Cayman, Cayman Brac, and Little Cayman — are diverse and wonderful, each with its own personality and range of activities.  Dance the night away in cosmopolitan Grand Cayman, home to the famous Seven Mile Beach; explore the limestone bluffs of Cayman Brac, a rugged haven perfect for adventure seekers and nature lovers; or enjoy a secluded getaway on Little Cayman, the smallest of the islands.”

“For a low-key day, escape the immediate port area where the cruise ship tenders dock. Stroll George Town where you can grab lunch at Corita’s Copper Kettle, run by Corita herself for the past four decades.”

“Take selfies. More than 130 rays roam here. They excel at photo bombing, especially if friends put squid juice on your back.”

“For a day in Grand Cayman, head to Seven Mile Beach to explore the island’s most famous stretch of sand before catching a boat to Stingray City. Hop out in the shallow, warm and protected waters armed with chopped squid to earn plenty of stingray friends.”