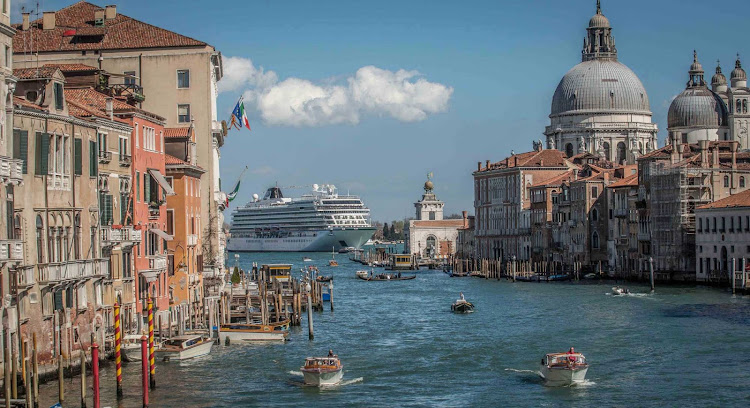 Viking Star seen from the Grand Canal in Venice.

I'll be sailing Nov. 17-27 on Viking's first ocean ship, Viking Star, to an all-star lineup of ports: Istanbul, Athens, Santorini, Dubrovnik and Pula, Croatia, Kotor, Montenegro, and Venice. Should be a blast, and I'll be posting updates on Cruiseable.

Meantime, it's been a busy summer and fall for the cruise correspondents and travel writers on the Cruiseable team. Take a look:

If you'll be sailing soon, drop us a line, maybe we can meet up!