Good news for residents of the greater Los Angeles area, and particularly for those who have always wanted to cruise to Alaska with the least amount of hassle. Starting in 2017, with a short car or train ride,  you'll be able to hop right on an Alaska-bound ship from the port of Long Beach. 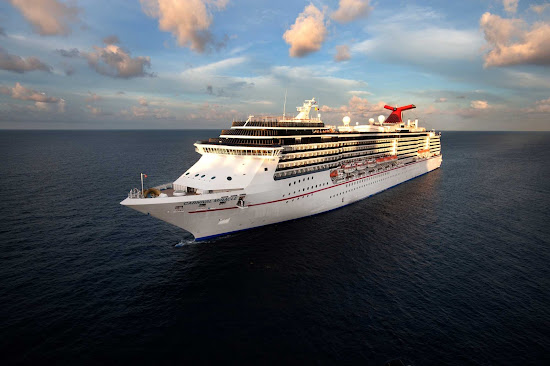 Radu Ursu / Courtesy of Carnival Cruise LineCruise out of Long Beach to Alaska on a special sailing on Carnival Miracle on Sept. 2, 2017.

Carnival Cruise Line is offering a 14-day round-trip Alaskan adventure aboard Carnival Miracle departing Long Beach on Sept. 2 and returning Sept. 16, 2017. The cruise will show off Alaska's majestic landscape as it sails through Glacier Bay, a UNESCO World Heritage Site, and visits Icy Strait Point, an unspoiled wilderness area offering some of the best whale and bear watching in the state and the world’s longest zipline.

It's a not-to-miss experience that will stop at Ketchikan, Skagway, Juneau and Sitka, as well as Vancouver, British Columbia — destinations rich in history and culture as well as lots of diversions from bicycling and hiking to just milling around the towns. Shore excursions, which cost extra, will feature helicopter flightseeing and rainforest canopy tours as well as hiking, canoeing and kayaking expeditions, and alpine lake snorkeling (bring a wetsuit).

Carnival Legend will also offer 38 seven- and eight-day Alaska voyages in 2017 and 2018, including seven weeklong Glacier Bay cruises next year — the most voyages by Carnival to this region, which features majestic glaciers and other ice formations and is home to numerous whales, bears and other wildlife. The seven- and eight-day voyages operate either round-trip from Seattle or from Vancouver to Seattle, visiting a variety of stunning ports, including Skagway, Juneau, Ketchikan, and Victoria, BC, plus a full-day cruising Tracy Arm Fjord or Glacier Bay.

Both gigantic Carnival Miracle and Carnival Legend provide scads of dining and entertainment choices from the upscale American steakhouse serving U.S.D.A. prime aged beef and other gourmet cuisine and the Caribbean-inspired RedFrog Pub. Carnival caters to kids, who will love the Alaska adventure, with waterslides and supervised programs for three age groups and the popular Seuss at Sea program with fun activities like the Seuss-a-palooza parade, story time and more.