Sitka port guide: What do do & see

Sitka is the only major city on Alaska's Baranof island. Its intriguing history and cultural appeal is matched by an embarrassment of riches when it come to scenery.

Perched at the edge of Sitka Sound, the city has been influenced by Tlingit, Russian and U.S. culture, and visitors will find signs of all three throughout the region.

With about 9,000 residents, Sitka is the fourth-largest city by population in Alaska. Though it's accessible only by boat or plane, it's easy to navigate once you arrive because the majority of its attractions are located in one compact area.

The town is rich in history, including the 19th century era when the town was a territory of Russia. And if you'd like to see bear cubs, raptors, or other wildlife native to the region, you're in for a treat.

Cruise ships that call on Sitka 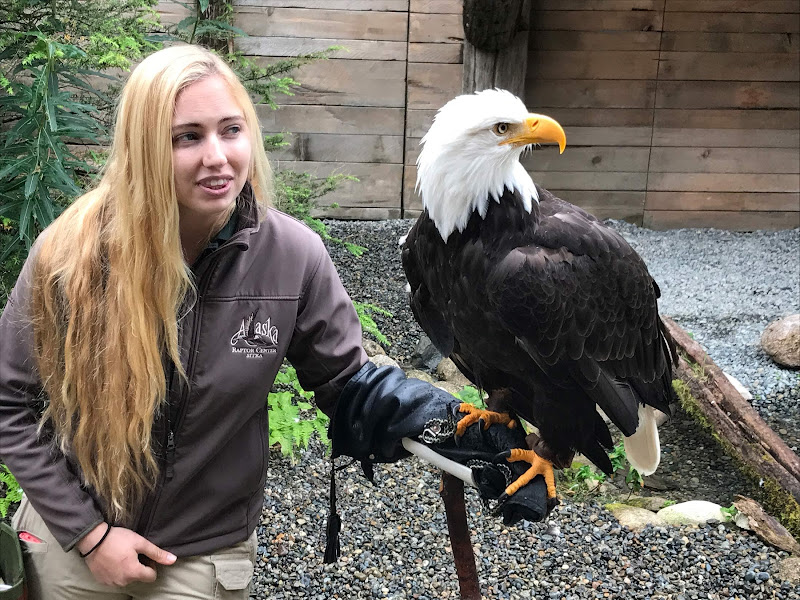 Robert Lasica / Special to CruiseableA tour guide with an eagle on the mend at the Alaska Raptor Center in Sitka, Alaska.

Top things to do & see in Sitka

At Baranof Castle Hill State Historic Site, often called simply Castle Hill, history lovers can take a walk back in time to 1867 when Alaska was transferred from Russia to the United States. The Russian flag was lowered and the American flag officially raised here. And in 1959, when Alaska became the 49th State, the first 49-star American flag was officially raised here. For a glimpse into pre-U.S. Alaska, visitors can stroll through the Russian Bishop's House. The original log structure was built in 1843 and is one of the last remaining buildings from the Russian colonial period. The Bishop's house is part of, but about a 10-minute walk from,  Sitka National Historical Park, which also includes a totem-pole trail and historic fort site. 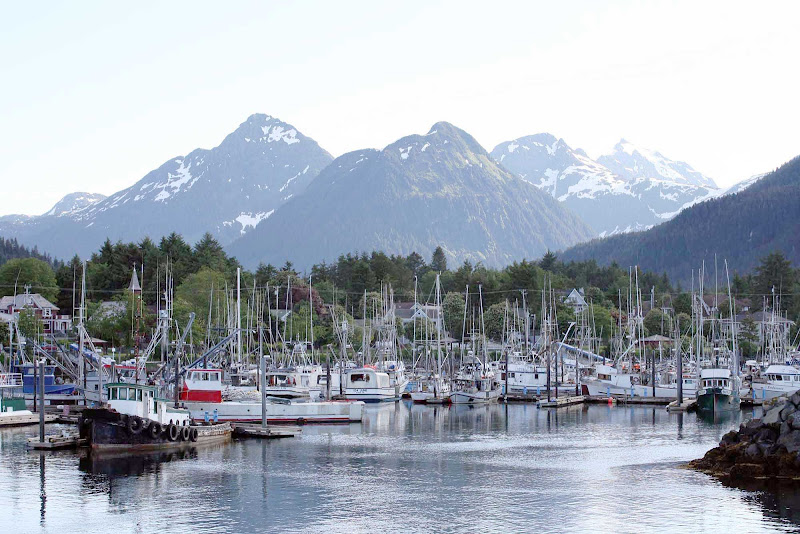 BrianAdams / Courtesy of State of AlaskaSitka Harbor is always bustling with boats.

The Sitka Sound Science Center is located on the waterfront and operates an educational fish hatchery and the Molly Ahlgren Aquarium. Fortress of the Bear, a brown bear rescue, education and viewing center, is one place where viewing bear cubs is almost guaranteed. Bald and golden eagles, hawks, falcons and owls can be seen at the Alaska Raptor Center, established in 1980 to care for injured raptors and to educate humans about these magnificent birds.

Sitka is compact and easy to walk around. The town has walking maps available with many of the most popular sites listed and within an easy walk of one another. Because Sitka is in a rainforest, there are also many hiking trails, but don't forget your rain jacket.

Sitka has a cruise ship dock capable of handling ships up to panamax size. Locals call it the Old Sitka Dock. The facility provides free shuttle service to the core downtown core area. Some ships, such as those from Holland America and Silversea, still tender.

Some cafes and also the local McDonald's (913 Halibut Point Road) offer complimentary wi-fi. It’s best you check it out locally.

Bring your umbrella and rain jacket! Statistically it rains 255 days a year in Sitka. This should give you an indication of how to dress for your day on shore. We also recommend that you dress in layers as it can be cold and windy one minute, and then when the sun comes out it can warm up quickly.

Store hours: Stores are typically open Monday through Sunday, 9 am to 5 pm.

Safety: Sitka is considered a safe and peaceful town. As always, be aware of your surroundings and lock up your valuables.

How about you? Have you been to Sitka, or planning to go? We'd love to hear about your experience.