Victoria travel guide: What to do & see

The landscape of British Columbia is as diverse as it is beautiful, and the west coast, home to glorious Victoria, is no exception. From beaches to mountains, exquisite parks to enchanting architectural sites and museums, Victoria has it all.

Victoria, the capital city of British Columbia, is a nearly ideal Canadian city in the Pacific Northwest. With kind regards to Seattle, Portland and Vancouver, Victoria has an advantage over the rest by getting the best benefits of the region’s climate and beautiful rugged coastline, without all the rain. Victorians see more sun every year than all of their neighbors across the Juan De Fuca strait.

Complemented by the Pacific Ocean, Victoria enjoys a strong English influence, and its Victorian architecture only adds to the feeling. During the 19th century, it was a mighty port city that was a major English outpost. Today it's a picturesque seaport that is the capital of the province and the highlight of beautiful Vancouver Island. With a pleasant climate and plenty of fabulous restaurants to keep you busy for days, Victoria is becoming a more popular vacation spot with each passing year.

Cruise ships that call on Victoria

The Butchart Gardens have been amazing visitors since 1904. Robert Butchart and his wife developed and arranged the gardens, and their 50-acre wonderland gained intense notoriety. As the acclaim mounted, the Butcharts made their home a featured attraction in Victoria, and nearly a century later, there are over 1 million plants on display. During the summer, sparkling colored lights are added to the gardens. 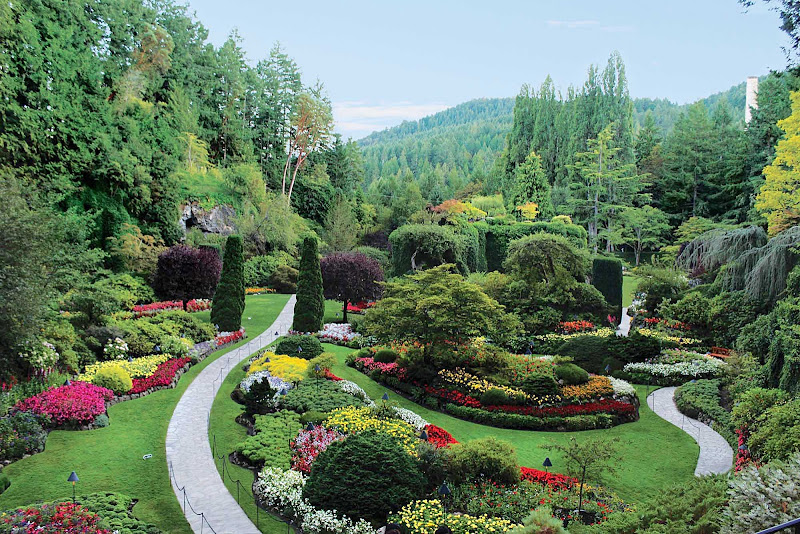 The Royal British Columbia Museum is a spectacular establishment featuring wonderful exhibits. The dioramas are incredibly lifelike, as are scenes of old towns and tribal gatherings. The Natural History Gallery displays replicas of all the regional flora from centuries past, and the accompanying ecology room is outstanding.

Beacon Hill Park is a 154-acre parcel of land that is brimming with color and beauty. You can take a relaxing stroll or enjoy a picnic lunch under the trees. A small pool is perfect for swimming, the children's farm is a real hit with the little ones and the tennis courts are top notch. An entertaining pastime for the citizens of Victoria is lawn bowling, and there is a portion of the park sectioned off for this very endeavor. Ponds and flower beds are weaved between leisure spots and sports facilities, and the whole area is certain to warm your heart.

The Maritime Museum of British Columbia is dedicated to preserving the culture of Victoria's seagoing heritage. From the first explorers to whaling to naval conflicts, everything is accounted for here at the Maritime Museum. Old weapons and gear are showcased, and the scale-model ships are fantastic.

Spinnaker's Brew Pub is known as having the best beer in Victoria, and the view out the window will have you in awe. The Jet Lounge can be found at 751 View St. (250-920-7343), and the DJ never rests as he spins upbeat music all night long. This great nightclub gets quite crowded on the weekends, but the dance floor has plenty of room for you and your friends.

Westward Studio is located at 715 Johnson St. (250-383-0373) and specializes in West Coast indigenous artwork. The crafts and paintings are spectacular, and the jewelry is hand-made and extraordinary. Sasquatch Trading Limited sells hand-carved 14-karat gold jewelry and lovely apparel, including hand-knit sweaters, scarves, and slippers. Boutique of Leathers offers its patrons outstanding leatherwork. 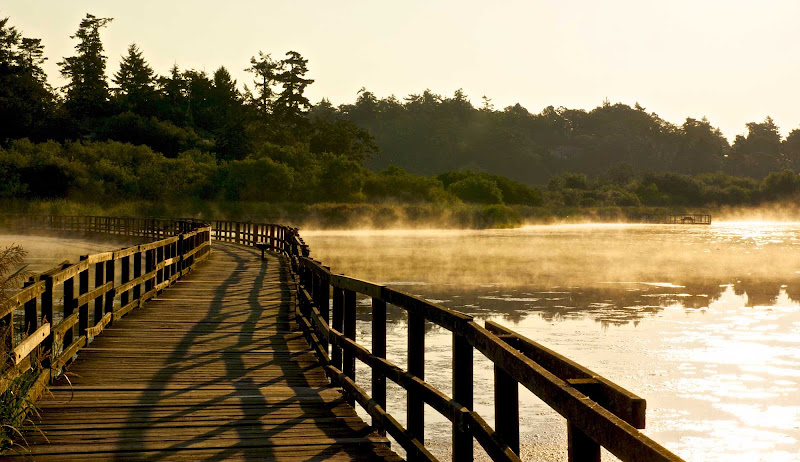 The Blue Crab Bar and Grill is known as the premier restaurant in Victoria if you are looking for a spectacular shellfish dinner. The crab and prawns are standouts, and salmon with shrimp is absolutely fantastic. The daily specials are always magnificent, and if you get the option of ordering the Island lamb, be sure to seize the opportunity. Millos is an extraordinary Greek restaurant that features great food and exceptional entertainment. The baby back ribs and halibut souvlaki are tremendous, and on Friday and Saturday evenings, the belly dancers come in and really get the party going.

The climate in Victoria is temperate. The Pacific Northwest location should have travelers prepared for rain, but sunny days are common. Average temperatures during the summer months are in the mid-70s and stay above freezing during the winters with extremes being rare.

Cruise ships bound for Victoria dock at Ogden Point. From there, taxi and bus service is available to take you to your destination in Victoria or anywhere on Vancouver Island.

Victoria has a wonderful bus system that features more than 40 routes that can take you around the city in an affordable fashion. The Victoria Regional Transit System operates the buses, and they can provide you with route maps and other information. If you like, you can take taxis around Victoria. Simply call Blue Bird Cabs (250-382-2222) to arrange for a pickup. Lastly, you can rent an automobile in Victoria and explore the surrounding regions of Vancouver Island at your leisure. Contact Avis for more information. If you are staying in Vancouver and would like to take a side trip to Victoria, the BC Ferries operates continuous ferry service between the two cities. Contact them for specific times and rates.

Language: Canada has two official languages: English and French; however, everywhere you go, there will be English-speaking people.

Safety: Victoria is a generally safe city; however, there is a drug presence among people living on the streets and in the bars. This means that panhandling can be a problem.

Have you been to Victoria? Please share a story, tip or discovery. Do you have any recent photos? What was the highlight for you?