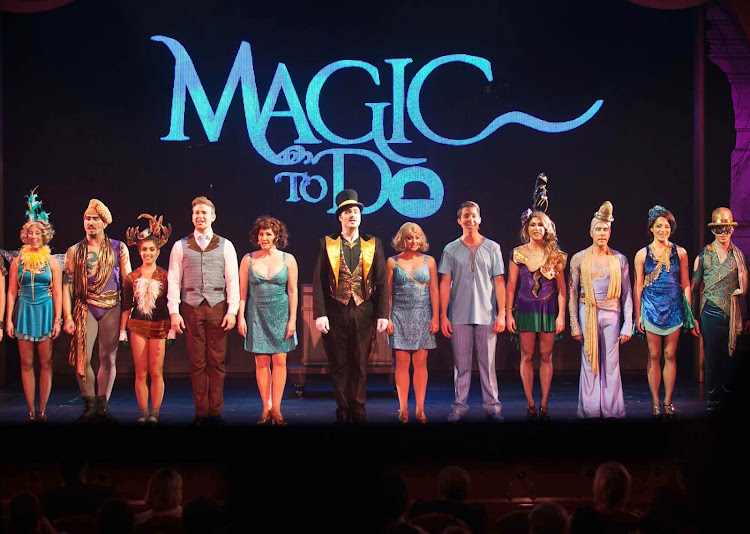 A curtain call after an early staging of Stephen Schwartz's "Magic to Do" aboard Ruby Princess.

Innovation on Princess Cruises, from new cuisine to super-beds

On my recent cruise on Ruby Princess, I sat down with Jason Leech, a marketing manager who runs a small team around brand innovation and who interacts with other departments within Princess Cruises.

In other words, Leech is at the center of the vortex of innovation taking place on Princess ships today, affecting everything from new restaurant cuisine and stage productions to stargazing and the decision to replace all 44,000 beds in the Princess fleet. Here's our Q&A. 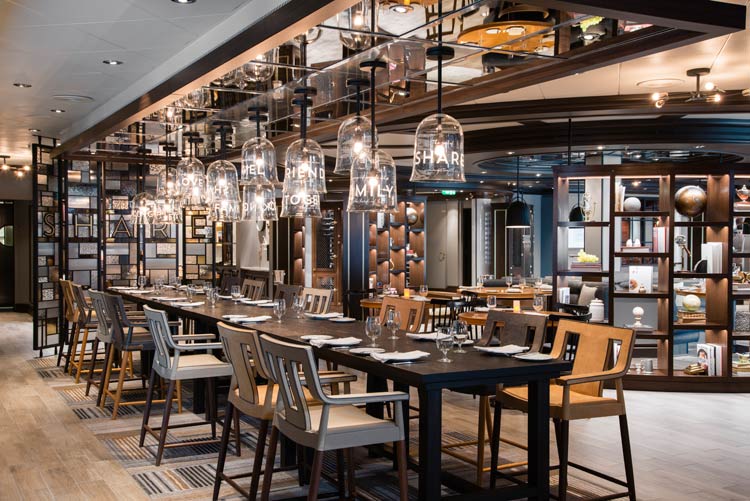 Courtesy of Princess Cruises
The Share Restaurant, being introduced on several Princess ships, is being crafted by celebrity chef Curtis Stone..

JD Lasica: Can you give us a quick overview of the some of the Innovation initiatives that you're working on at Princess?

Jason Leech: Over this last six months to a year we have had quite a few innovations that we have released at the same time.

One of the biggest and most high-profile is the partnership with Curtis Stone, so we partnered with Curtis Stone to create a couple of different dining experiences, the highlight of which is his first restaurant at sea, which is called Share by Curtis Stone. That has launched in December on Emerald and Ruby Princess, and will be launching on board Sun Princess in April. The idea behind the restaurant is a venue encourages collaboration with friends and family as well as a communal experience around the dining environment. Chef Stone has created menus that he felt were the best representation of the style of cuisine that he likes to present.

That’s on two ships, but we wanted to have an experience where everyone around the fleet could have a chance to try Curtis’s cuisine, so that would be our Crafted by Curtis menu items in the main dining room, which is being introduced around the fleet. These are dishes that are reflections of his upbringing in Australia, as well as other inspirations. So over the next few months, it should be introduced around the rest of the fleet. Right now, I think that’s on 11 or 12 ships so far. 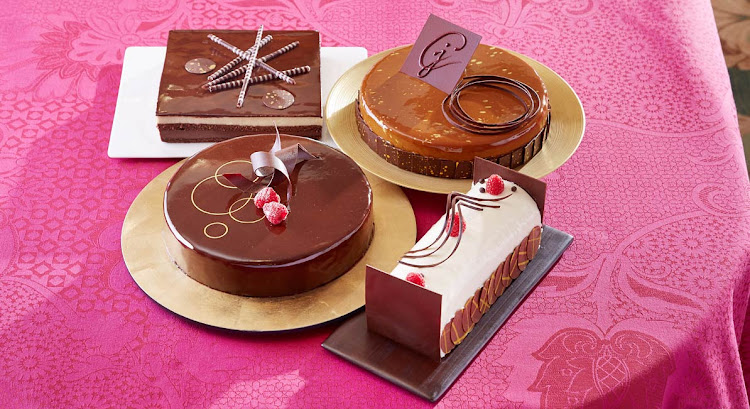 Courtesy of Princess CruisesEvening cakes in the Horizon Court, part of the Chocolate Journeys initiative on Princess ships.

What other items on the dining front are being introduced? 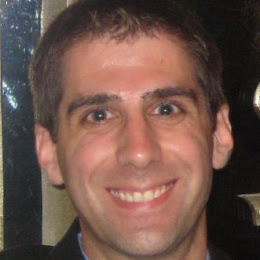 Staying on dining, we’ve also launched the Salty Dog Gastropub. That is on three ships, Crown, Emerald and Ruby Princess. That takes place in the Wheelhouse Bar, and the idea is we partnered with one of the most renowned gastropub experts in the industry, chef Ernesto Uchimura, one of the co-founders of Umami Burger, a very successful chain. Chef Uchimura is very well known for his burgers there as well as at his new restaurant, Plan Check Kitchen + Bar in Los Angeles. He came as a personal recommendation from some people in the industry in LA, and we worked with him to create an experience that is sort of a higher-level pub experience. Chef Ernesto has worked with us to create a few different items on the menu, the pinnacle of which is the Ernesto Burger, a phenomenal burger: fresh ground rib eye and short rib patty, grilled pork belly, cave aged gruyere, caramelized kimchi, beer battered jalapeño, charred onion aioli, smoked salt and a pepper brioche bun.

I’m heading there in a half hour.

Everything else on the menu has been really well received. The gastropub features our new whiskey menu, so we have a very nice new selection of whiskeys that have been introduced throughout the fleet. 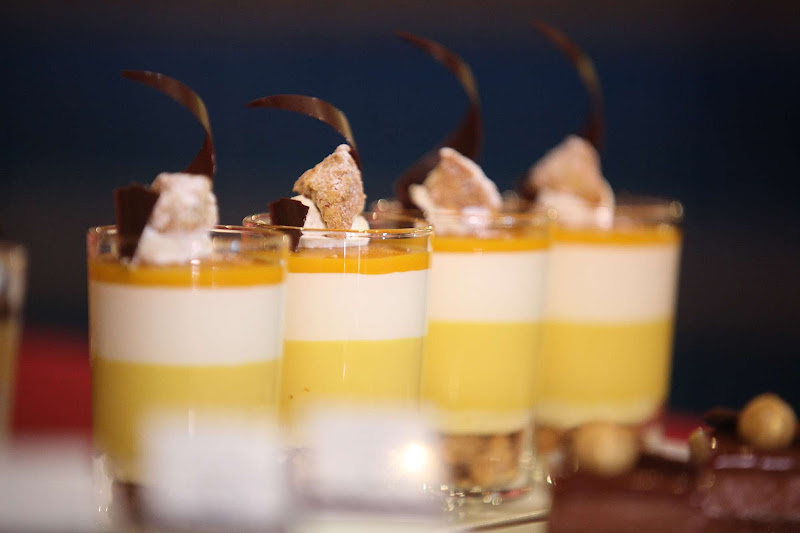 JD Lasica / Special to CruiseableDesserts lined up as part of the unveiling of Chocolate Journeys on Ruby Princess.

What other innovations is the Princess team working on? 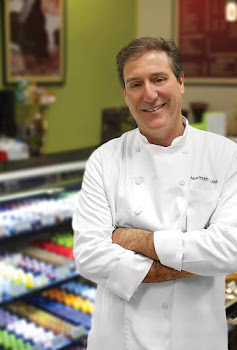 There's Chocolate Journeys, which launched on board our ships last year. We just announced a new initiative, Chocolate Journeys 2.0. We created some unique experiences with master chocolatier chef Norman Love that he developed for us. They are very intricate desserts that take three days to devise. Everybody has been really, really loving them. But one of the things we realized is we wanted to add more chocolate experiences throughout the cruise. Those are items in the International Cafe, those are breakfast items in the Horizon Court. Dessert items in the Horizon Court. New wine and chocolate tasting experiences in Vine and also chocolate Love Pops that are served at the captain’s reception. We’re going to launch them fleetwide over the next two months.

Princess has just made a big investment in upgrading its stateroom beds. They kind of feel like super-beds.

Over the past few years we've done a lot of research and realized when people go on a cruise, they want to feel rested and come back from their vacation feeling rejuvenated and new. So, when we asked them what they felt helped them do that, most said it was a good night’s sleep. Taking that to heart, we decided as a company to replace all 44,000 beds on board our  fleet.

We have plenty of people in house who could help us design a bed, but in the end we weren’t scientific experts. We reached out to Dr. Michael Bruce, also known as the Sleep Doctor, and he partnered with us to work with our manufacturer to create the most scientifically bed possible. We worked with Dr. Bruce on the science behind the mattress, making it as comfortable as possible.

JD Lasica / Special to CruiseableDesigner Candice Olson of HGTV shows off one of the 44,000 new beds being introduced on Princess ships.

We also wanted it to be a beautiful, warm and welcoming element of the stateroom when you walk in. We wanted it to feel like your oasis so in order to make it look beautiful, we partnered with HGTV and renowned designer Candice Olson to create the design behind the bed, everything from the linens to the duvet, pillows to the design elements, the bolsters and everything else. We worked with the two of them to work on the design and the science behind the bed, now we’re just working on getting them rolled out to the fleet. Emerald and Ruby Princess actually have the mattresses on board now. [Editor's note: They were comfy!] And there is a progressive schedule throughout the fleet that will take us to 2018 to get this accomplished. 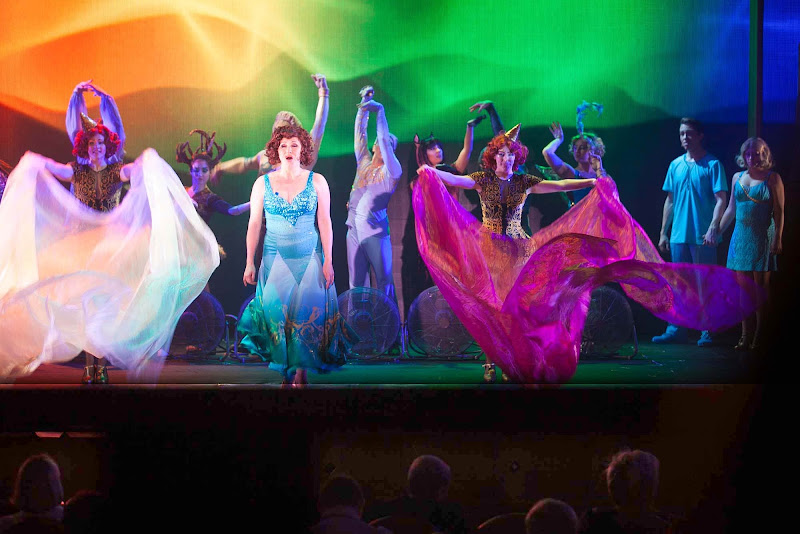 JD Lasica / Special to CruiseablePerformers in Stephen Schwartz's "Magic to Do" aboard a sailing on Ruby Princess.

What's new on the theatrical front?

We recently launched our new show "Magic to Do," which is in partnership with Stephen Schwartz, a Broadway composer. He composed the music for "Wicked" as well as other successful shows like "Pippin" and "Godspell." He’s won Grammys, Tonys, he’s an Oscar-winning composer. So "Magic to Do" launched in October on Crown Princess, it’s now on Ruby and it has been a huge success. We’ve had more success with that show than we’ve ever had in the history of Princess. Generally, it is difficult to get seats, but people are loving it so far. 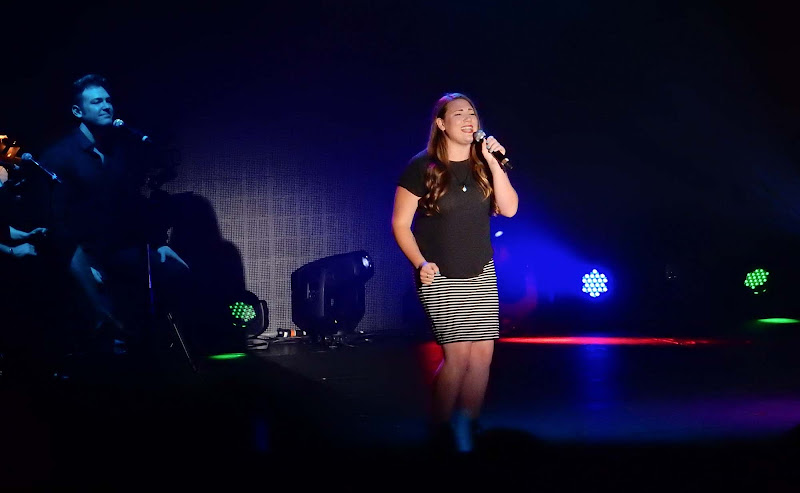 JD Lasica / Special to CruiseableA contestant performs during "The Voice of the Ocean" competition on Ruby Princess.

What else on the entertainment front?

We have our new partnership with "The Voice," which we call "The Voice of the Ocean." I believe we will have that on 11 ships by April. It is on seven right now. This is a very successful show that involves a singing competition with our passengers. People who have signing talent get recognized. There are auditions that take place early on in the voyage. The auditions feel very much like karaoke, where passengers kind of choose their music and then judges choose the finalists, who then get to move on to the finale at the end of the cruise which feels very much like the television show, which is the most popular [widely syndicated] television show in the world. And the idea is that we have everything, from the rotating chairs on the center stage as well as the excitement and drama of the show on board.

I was going to ask you what that collaboration looks like. So Princess licenses the rights to have a sort of "The Voice" competition and then you incorporate the kinds of ingredients you see on the TV show?

Correct. It feels very much like the television show. In the US, NBC is one licensee of the show, but actually it is licensed throughout the world. Over 100 countries license a version of "The Voice."

The other night I was on the top deck for some stargazing.

Yes. Something I didn’t mention is we are starting to do a lot more collaboration with Discovery at Sea. We've been working with Discovery Communications to create some new onboard experiences. They’re in development. Some we have launched and some we are continuing to build. One of the more successful things we have done with them is the stargazing at sea. That is an opportunity for people to go up and actually learn a little more about the stars and the universe.

We’ve also worked with Discovery and Animal Planet (part of Discovery Communications) to create some very meaningful shore excursion opportunities. We started out in Alaska, which presented itself with some very unique shore excursion opportunities. We are also expanding out to Europe, the Caribbean and a few other destinations. The idea of helping people understand more about the destination they travel to and the world around them is something that Discovery aligns well with Princess.

OK, that is a great summary, Jason. Tell us briefly about what Princess is trying to do about creating some innovation in the space. In an industry that often seems so tied to tradition, you guys are pushing forward.

Sure. We’ve been doing a lot with the entire onboard experience. Trying to figure out ways to create meaningful experiences. Other cruise lines try to compete by creating really big ships and hardware. And one of the things we try to do is to know our passengers and know what they want. So we try to create experiences that will be meaningful for them.

The core of everything we do when we innovate is to figure out if this helps us fulfill our promise to come back new. The first question we always ask is, 'Is that meeting the requirement?' Even when we did the research on the beds, or the entertainment they want, or what kind of cuisine they’re looking for, we are constantly researching and asking our passenger and prospects what kind of things are they looking for?

One of the things we used to do is limit to the changes that could only be done fleetwide. Now we’re starting to get into saying we don’t have to do everything across the entire fleet. If there’s a way to create a meaningful experience on this ship or that ship, we’re going to go ahead and do that. Maybe we can evolve that through the rest of the fleet, but our goal is really  to create meaningful experiences and do that throughout the fleet. There are more things coming down the pike in 2016 and 2017.