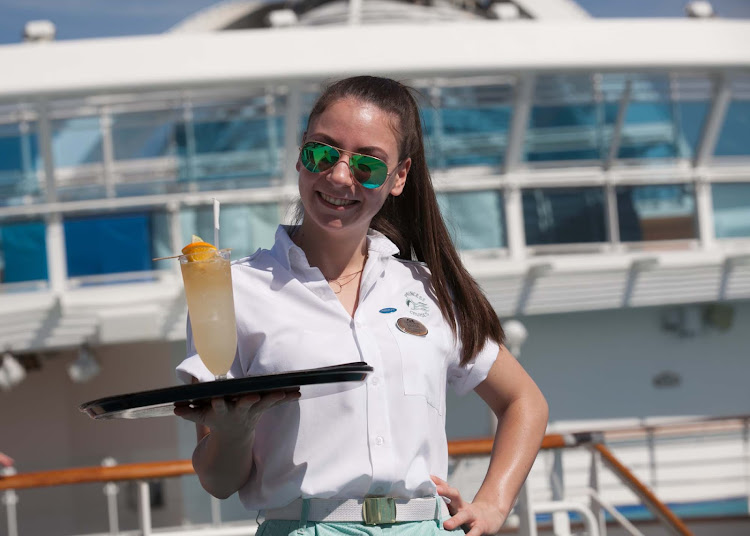 Lucia, from Croatia, was one of the bar stewards on Ruby Princess. The ship's crew got high marks for their friendly interactions with passengers.

February 5, 2019
Republished and updated from an earlier article.

Ruby Princess has won a loyal following for its fall to spring sailings along the Mexican Riviera, often embarking from Los Angeles on seven-day cruises with stops in Puerto Vallarta, Mazatlan and Cabo. During a sailing on Ruby Princess not long ago, I put on my travel journalist cap and talked with a couple of dozen people about the things they liked (or didn't like) about the ship and their cruise experience.

My colleague Patti Pietschmann wrote a review of Ruby Princess and gave it ☆☆☆☆ out of 5 stars. But there are all kinds of cruisers, so it's always interesting to get additional points of view. Several passengers (including fellow travel writers I traveled with) mentioned the friendly, attentive crew members and the easygoing conversations with fellow guests, over drinks, during games or in the whirlpool.

Here, then, are 6 Favorite Things Passengers Like About Ruby Princess:

Movies Under the Stars 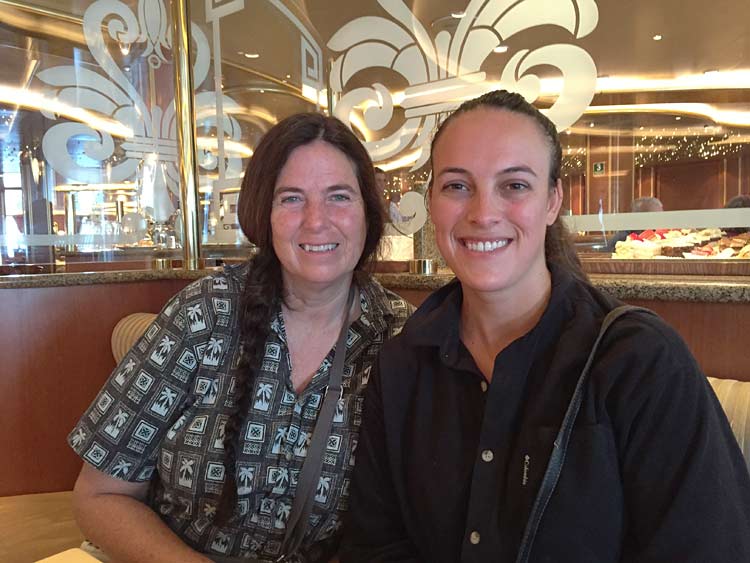 JD Lasica / Special to CruiseableMarilyn and Leah Brooks liked the open air setting of Movies Under the Stars.
1

Marilyn & Leah Brooks, Idaho. “I really liked Movies Under the Stars,” Marilyn says. “We saw ‘Hitch’ and ‘Grease’ together. I liked the open air setting. It was a little cool during the morning showing but I grabbed a blanket and got cozy in the lounge chair.”

Now that all the mass market cruise lines are doing the same, it’s almost forgotten that Princess was the first cruise line to introduce a poolside theater in 2004 on Caribbean Princess.

“What I liked best was the lobster dinner in the Botticelli Dining Room,” Leah adds. “And I loved sitting in the hottub in Outrigger at the back of the ship.”

Voice of the Ocean 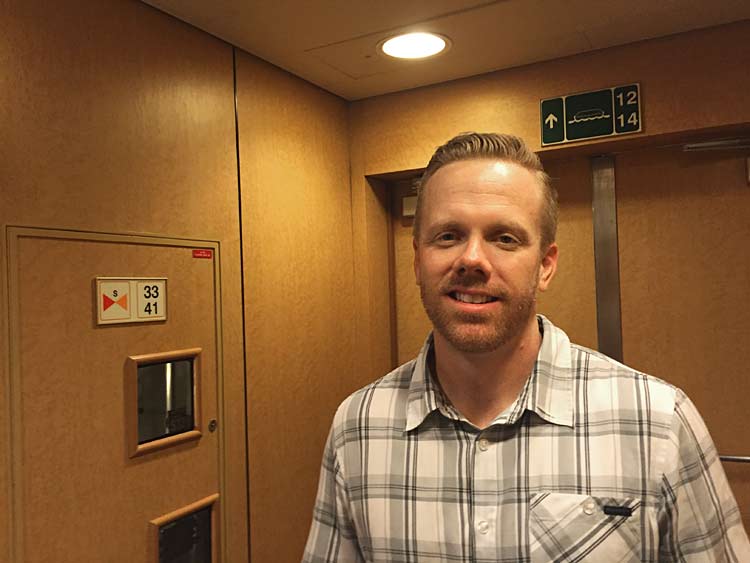 JD Lasica / Special to CruiseableGary Livingston: "The Voice of the Ocean competition was something that exceeded all expectations."
2

Gary Livingston, Lindon, Utah: “The Voice of the Ocean competition was something that exceeded all expectations, I saw that they were having a talent competition and I thought, What the heck, let's give it a try. I've been singing since I was a little boy. For the preliminaries, you had a choice of 30 to 40 songs and picked 'Hello' by Neil Diamond. I made it to the finals and sang an oldie but goodie, Sinatra's 'Fly Me to the Moon.' When I won, the whole group of us here — 17 in all — got pretty excited. Princess gave me a bottle of champagne, flowers, and they're sending me a trophy. I thought the whole thing was really high quality, from the singers to the judges to the band — they were quite patient with us. I don't perform in public and I'm 45 now so it's a little late for a career change, but maybe I’ll do more singing in my shower. " 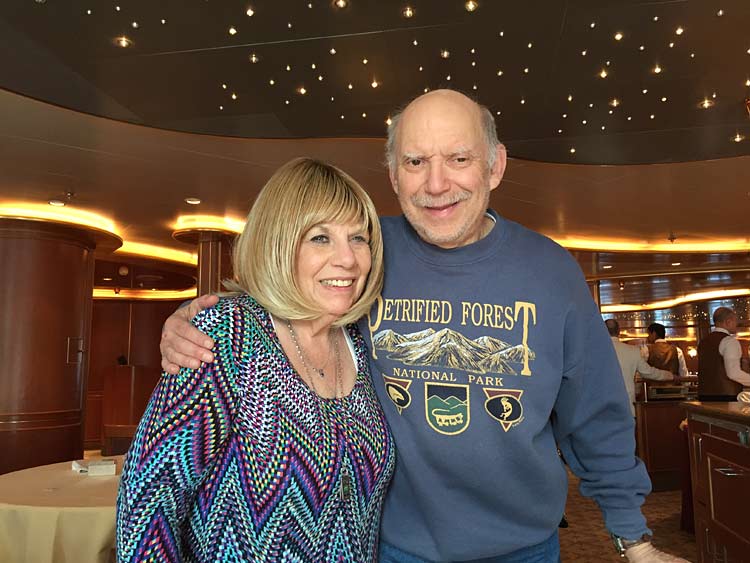 JD Lasica / Special to CruiseableJudy and Bill Pollack: "We like playing Sudoku on the Lido deck and looking for whales and people watching."
3

Judi & Bill Pollack, Phoenix. “You know what we liked the most?” says Judi. “Meeting new people. Going to afternoon tea. Even going up to Skywalker's and getting to know people.”

Adds Bill: “Just about everyone we’ve met has been very nice and friendly. We have a lot of fun going to the mock game shows, like ‘The Newlywed Game,’ in the Explorers Lounge and Club Fusion. We go where the events are. We like playing Sudoku on the Lido deck and looking for whales and people watching. We like the sea days. We’ve been on a lot of cruises— all Princess.” 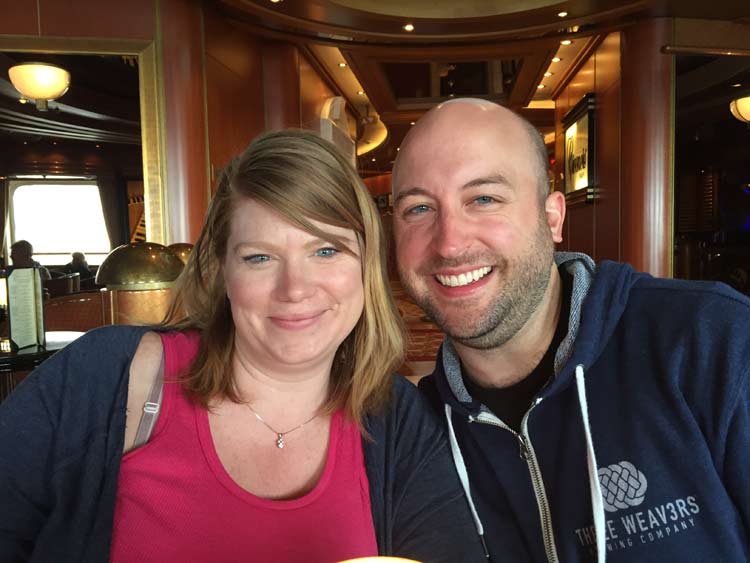 JD Lasica / Special to CruiseableLisa and Ben Waters liked going into the Explorers Lounge and playing the trivia contests.
4

Lisa & Ben Waters, Los Angeles. “This is my first cruise and I didn’t know what to expect, but it exceeded all my expectations,” Lisa says. “The crew members are all so nice and friendly, and we had a great group of people to hang with. I did love going into the Explorers Lounge and playing the trivia contests. We did pretty well. They were asking questions about the moon landing, and on the second day you had to guess what the image on the screen was. It was a good way to break up the day after hanging out at the pool.”

Ben: “The zipline and rappelling down the side of a steep wall in Puerto Vallarta — it got my pulse racing, but it was really fun. Overall it was much higher end than I expected.” 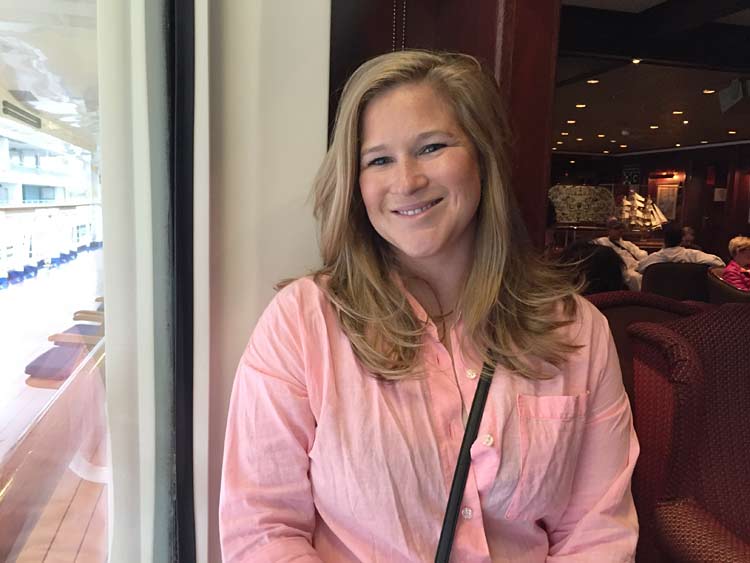 JD Lasica / Special to CruiseableKristen Boatright: "I like the Sanctuary because it’s quiet and adults only. You can lounge in the shade or the sun, and the service is really good."
5

Kristen Boatright, New York: "I like the Sanctuary on Ruby Princess because it’s quiet and adults only. You can really escape from it all — just lounge in the shade or in the sun, and the service is really good. I was also able to get some really nice time-lapse shots of the sunset with my GoPro on the Lido deck." 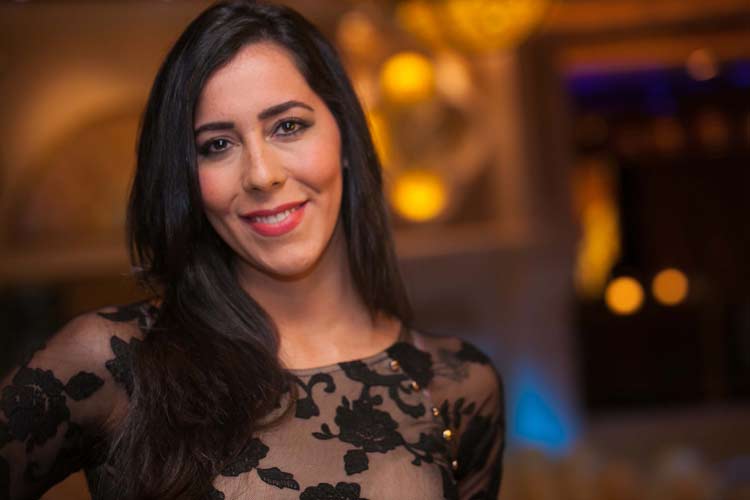 Gina Kramer: "Princess really knows how to do itineraries."
6

Gina Kramer, Philadelphia: “Princess really knows how to do itineraries. The excursions on this cruise are well done. Passengers can choose to follow the crowds or escape them, especially if they’ve already 'been there, done that.' This week, I got to visit an old Colonial village in the Sierra Madre mountains — it was beautiful and taught me a lot about Mexico’s history I hadn’t known before the cruise. A group of us also tried out Princess’ new luxury sailing tour — which is a great option for people who want to get away from the craziness and enjoy a day in the sunshine with some rum punch and ceviche. (Don’t tell the people on the Zodiac tour we saw whales!)”