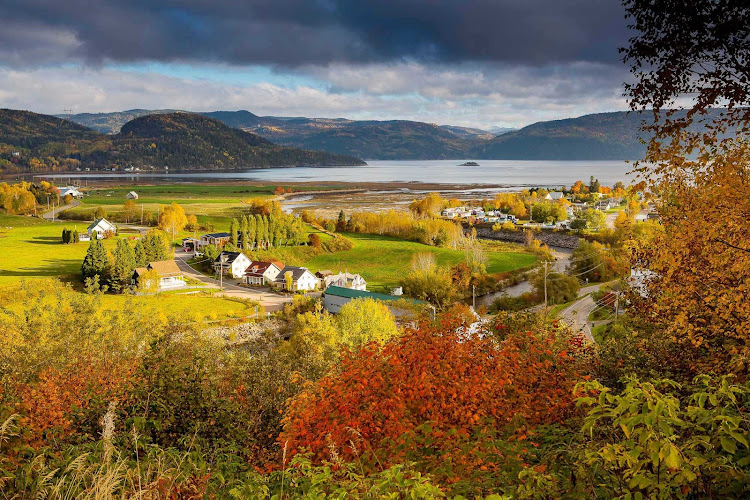 Fall foliage turns Saguenay, Québec, into a landscape worthy of a painting.

Plan to take in autumn's glory before, during or after a cruise

Several cruise lines sail from New York, Boston or Montreal during the prime fall foliage season, and if you want to experience autumn on a cruise, now is the best time to plan and book your voyage. Cruise lines that offer fall foliage sailings include Holland America, Princess, Royal Caribbean, Norwegian and luxury lines Silversea, Seabourn and Regent Seven Seas.

Keep in mind: You don’t always see the leaves from the ship, so you really have to get off and take a shore excursion or plan your own walking tour.  Fall's the perfect time to take in eastern Canada especially, with its colonial history, scenic villages along the St. Lawrence and rolling hardwood forests lit up in incandescent hues of red and gold.

I've done a couple of these voyages on Seabourn and Princess. Both were truly memorable — I don’t get to see much of Atlantic Canada given all the time I spend on tropical islands.

So with a little help from goCanada.com I compiled a list of 10 side trips you might enjoy during the changing of the leaves: 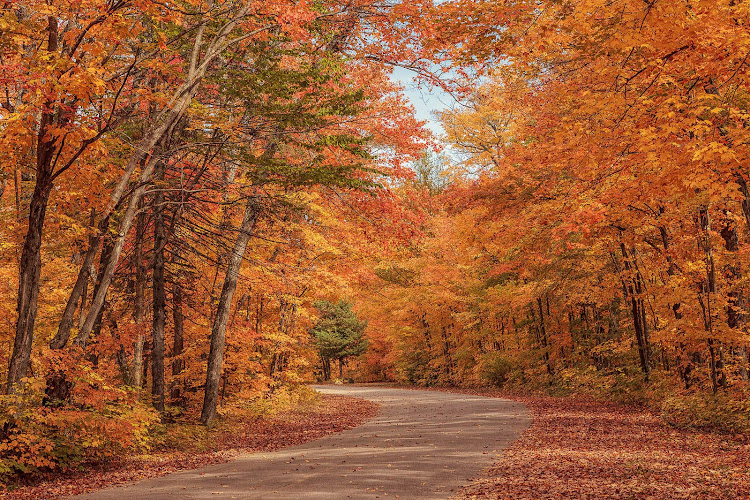 The beauty of this 3,000-square-mile park and its closeness to Toronto make it one of the most popular parks in Ontario. The forests, lakes and rivers that make up Algonquin Park can only be explored by foot or canoe. The maple trees are at their best at the end of September and early October. The aspens, tamaracks and red oaks reach their peak in the middle or end of October. Consult the Algonquin Fall Color Report for fall color activity and specific viewing spots. 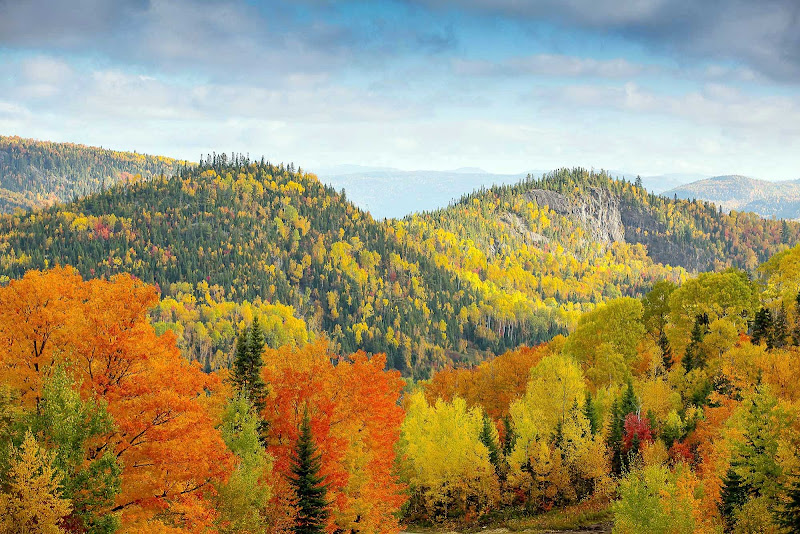 Soak in the scenery around Toronto, Montreal, Quebec City or Halifax

Whether you arrive by ship or plane, one of the most captivating ways to see the region is by train on “Fall Foliage Romance by Rail.” My recommendation is to enjoy your cruise and then hop on the train to witness the dramatic changes that autumn brings to the forests of eastern Canada. Via Rail's special 6-night Fall Foliage vacation features some of Canada's most dramatic and interesting cities like Toronto, Montreal, Quebec City and Halifax — see Cruiseable's travel guides. 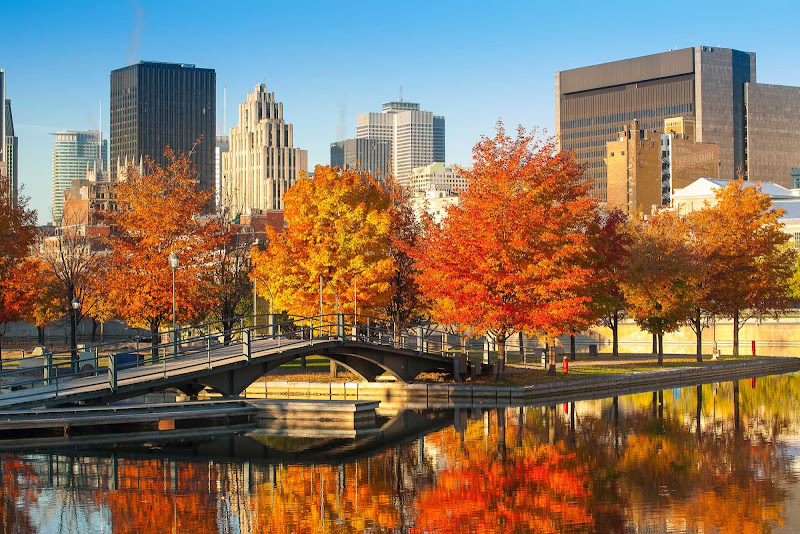 See autumn with a French accent

You don't need to head out to the countryside to enjoy fall colors. Head to Montreal and spend some time in one of the many public parks. The crown jewel is Parc du Mont Royal, home to Mount Royal, the highest point in the city at 760 feet with the best views of the city's skyline. Also worth a visit is Parc Jean-Drapeau, site of the 1967 World's Fair and now devoted to green spaces. 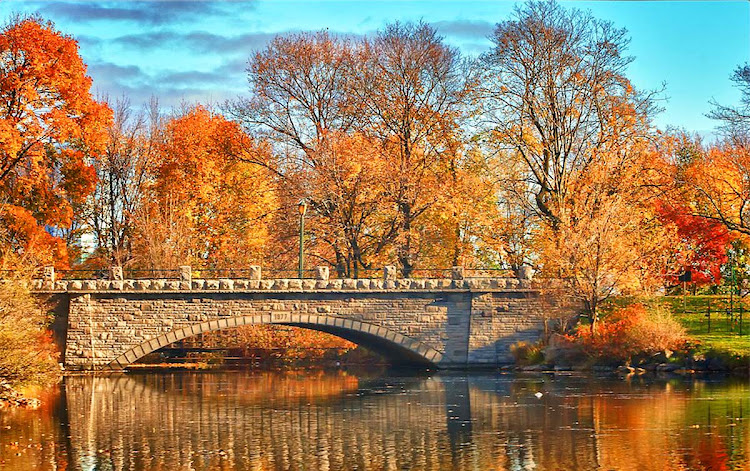 The historic Niagara Parkway, or “River Road,” is the route that Winston Churchill called "the prettiest Sunday afternoon drive in the world." It follows the winding curves of the Niagara River, which divides Canada and the United States. The loveliest stretch in autumn is between the small towns of Queenston and Niagara-on-the-Lake and reaches its pinnacle of color in early October. Finish your day by tilting back a glass of Niagara Wine, perhaps to get you in the mood for a food and wine cruise. 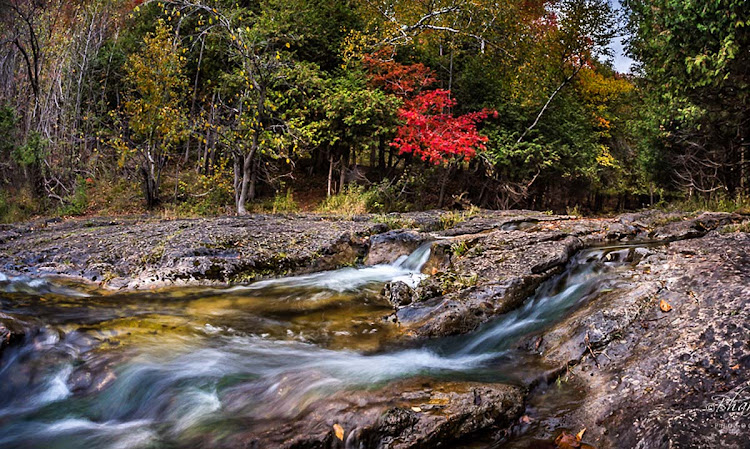 Around Bruce Peninsula in Ontario you'll discover a fantastic hiking trail — perfect for working off all those high-calorie shipboard indulgences. You’ll also catch sight of fantastic flora, fauna and water vistas. Some of the trees are more than 1,000 years old and in the autumn, especially the end of September to beginning of October, the colors are something to behold. Check the Ontario Parks Fall Color Report for autumn color activity and suggestions for the best viewing spots. 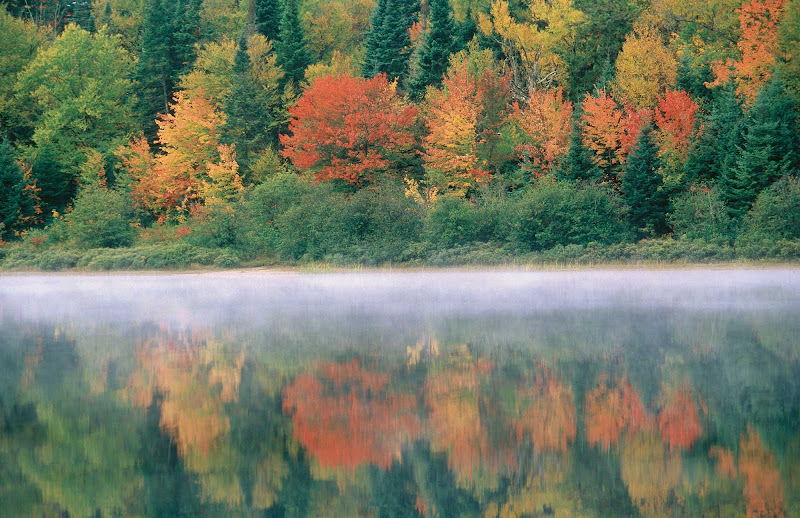 Heiko Wittenborn / Courtesy of Tourisme QuebecFall colors and a morning mist hover over a lake in Parc national du Mont-Tremblant in the Laurentides region of Quebec. (Click to enlarge.)

The Laurentian Mountains, northeast of Québec City, are worth doing to see Québec’s changing maple tree leaves as well as provincial yellow birch and the American beech. Explore the Laurentian Mountains for one of the most beautiful displays of fall foliage in North America. Colors begin their peak at the end of September and continue until mid- to late October in lower elevations and more southern locations. 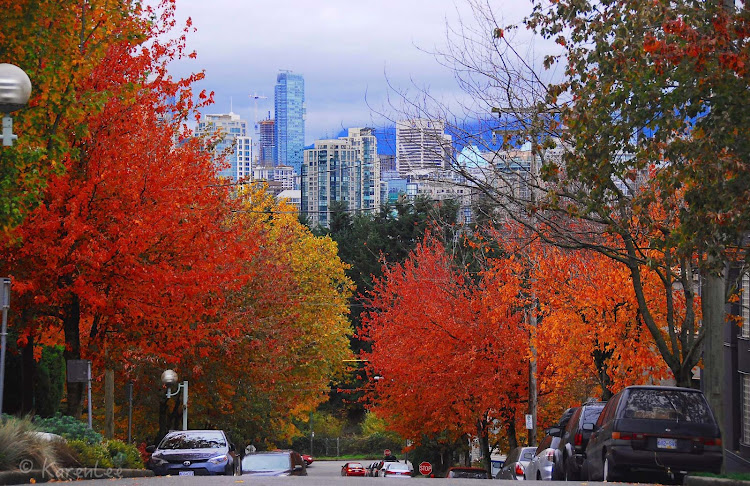 Yes, there's fall foliage in western Canada as well. Vancouver is gorgeous in the fall as a destination in its own right in addition as the departure port for Alaska cruises. Ski, cycle, hike or sail, then head downtown for great shopping, restaurants, museums and spectacular urban parklands. One of the best, Stanley Park, is a 1,000-acre green space bordering the harbor. A popular choice is ecomarine kayaking off Granville Island. For landlubbers, take the Sky Ride tram up to the 3,700-foot summit of Grouse Mountain and its colorful fall canopy. 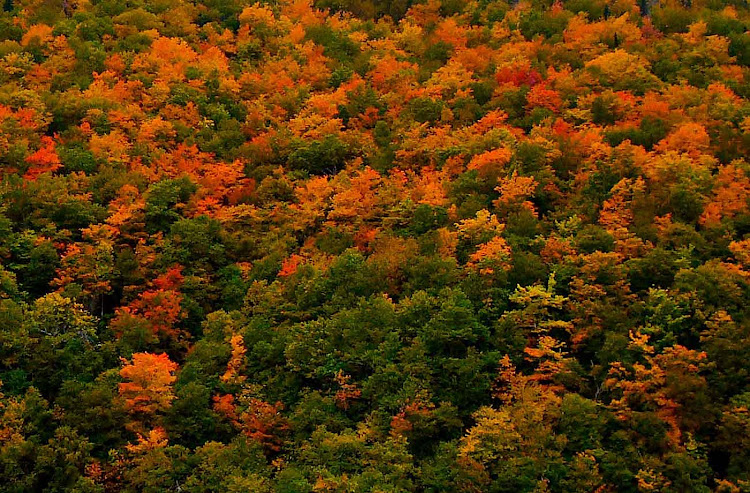 The Cabot Trail on Cape Breton Island in Nova Scotia is truly a marvel of nature, hailed as one of the world's most beautiful drives. The Cabot Trail winds around Cape Breton's northern shore and rewards leaf peepers a chance to witness fiery reds, oranges, crimsons and golds that caress highlands and reach their peak the first or second week of October. For more info go to Cape Breton Highlands National Park. Again, you'll need to find a small ship to make your way here. 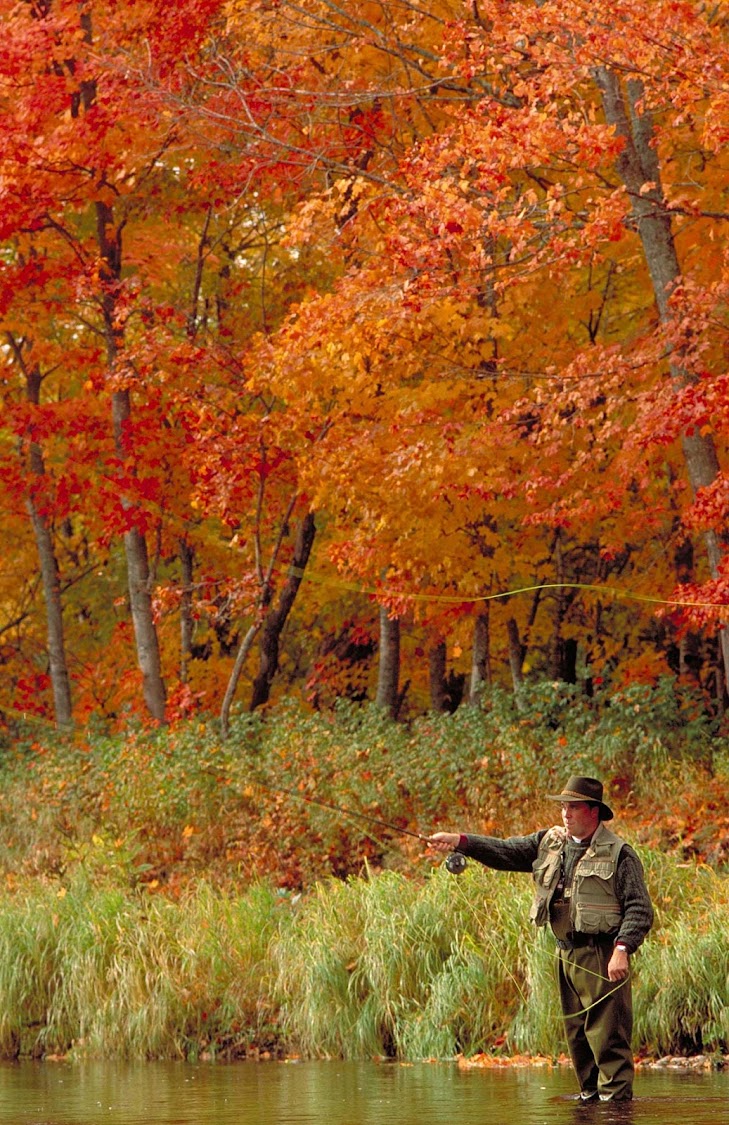 See reds, oranges & some of the highest tides in the world

Like the Cabot Trail, the Fundy Coastal Drive is another outstanding fall foliage/maritime adventure with some of the highest tides in the world along with vivacious reds and deep pumpkin oranges, which are at their best in early October during Canada’s Thanksgiving weekend (the second Monday of October). Tree variety and colors are similar to New England's, yet crowds are minimal in New Brunswick by comparison. (See a map of New Brunswick.) 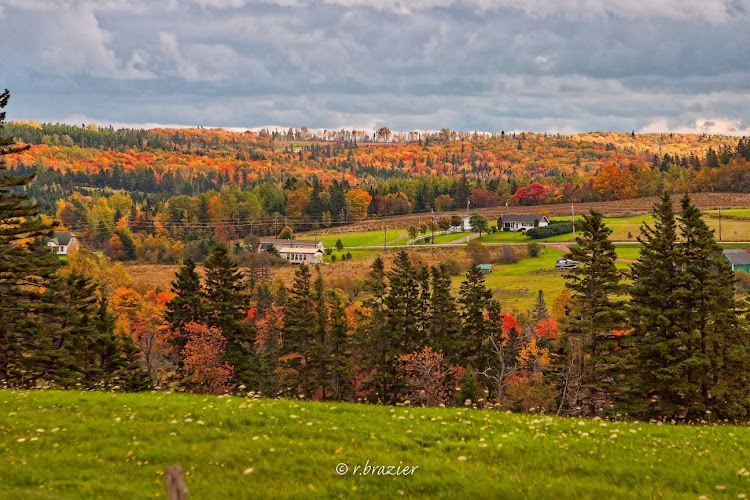 Interested in a cruise during the height of fall foliage this year or next? Contact a Cruiseable travel consultant and we'll make sure you get the lowest price, the best value and all the perks. Call us at 1-877-322-3773 to speak to an expert travel professional, or send us a query.