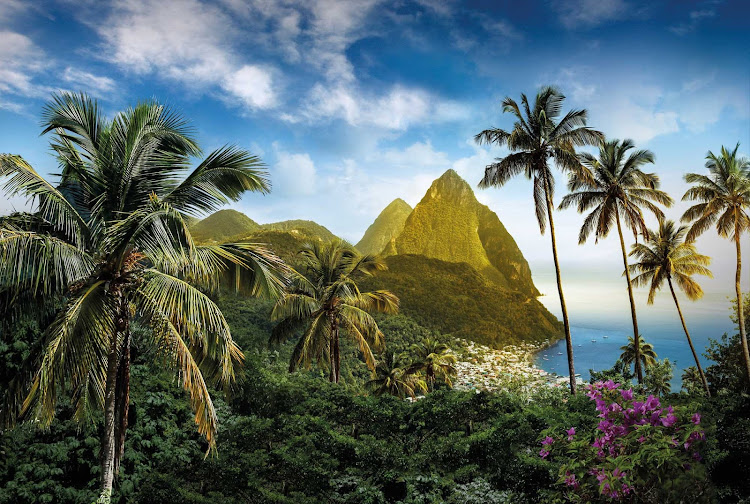 Courtesy of St. Lucia Tourist Board

7 natural wonders of the Caribbean

March 6, 2018
This is another in Cruiseable's series spotlighting the best of the Caribbean.

While cruising, you may have had the pleasure and privilege of seeing some of the classic Seven Wonders of the Ancient World, such as the Great Pyramid of Giza, first hand.

Best of the region: A series

You may also have explored some of the New 7 Wonders of the World as voted by 100 million people in 2007, which includes a list of manmade feats (including the Taj Mahal, the Christ the Redeemer statue in Rio, the Roman Colosseum) and another list detailing marvels of the natural world, such as Halong Bay in Vietnam and the Amazon.

As part of Cruiseable's celebration of the Caribbean, we've decided to hold a little honorific of our own and feature our favorite seven natural wonders from this spectacular region.

We'd also love to hear your nominations. Which of the Caribbean’s most astonishing visual spectacles makes your list? 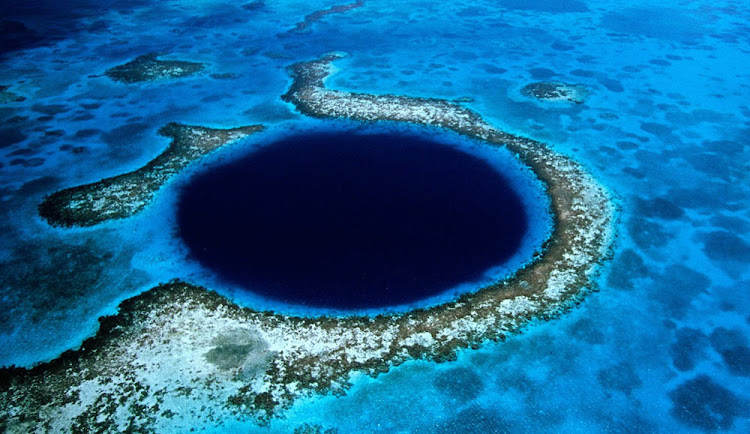 Just off the coast of Belize near the middle of Lighthouse Reef, this massive submarine sinkhole is a show stealer. Measuring 984 feet (300 meters) across and 407 feet (124 meters) deep, began forming 153,000 years ago and, as the ocean began to rise, the cave was flooded. Jacques Cousteau made it famous in the 1970s when he declared it one of the top 10 scuba diving spots in the world. It’s part of the UNESCO World Heritage Site called the Belize Barrier Reef Reserve System. 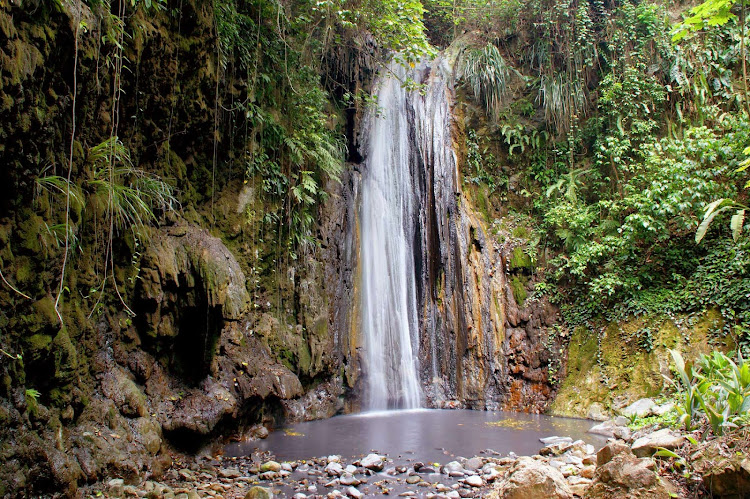 Set within the six-acre award-winning Diamond Falls Botanical Gardens in the town of Soufrière on St. Lucia, Diamond Falls sends its waters pluming over a cliff that's laced with sulphur, magnesium, iron, calcium and minerals. The result? A shimmering, multi-hued natural artwork daubed in lurid streaks down the rock face backing the falls. And a great photo op. 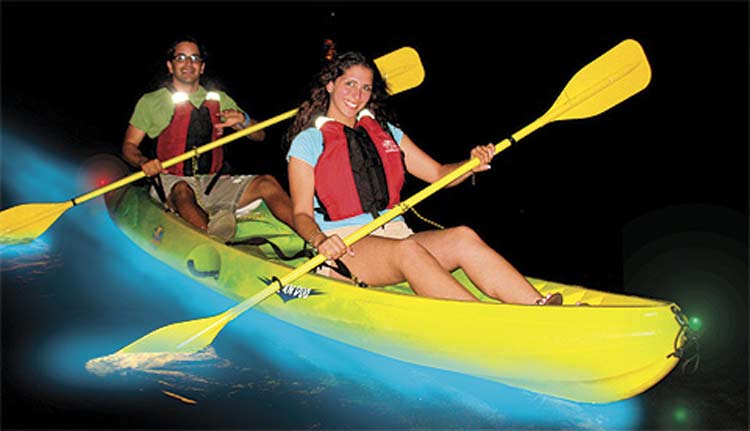 Courtesy of KayakingPuertoRico.comKayakers glide through the Bioluminescent Bay on Puerto Rico's Vieques Island.

Part of Puerto Rico’s Las Cabezas de San Juan Nature Reserve, the Bahia Fosforescente (Bioluminescent Bay) on Vieques Island is a shallow, bacteria-rich bay famed for the bioluminescent single-celled protozoa that glow whenever they’re disturbed (sorry, little guys!). Several tour operators rent out kayaks so that on a dark night, you can create your own light show, beams radiating from the edges of your paddle or your fingertips as you glide through the water. Bio Bay was damaged by Hurricane Maria in September 2017 but has begun to rebound with the return of luminous blue-green sea life. 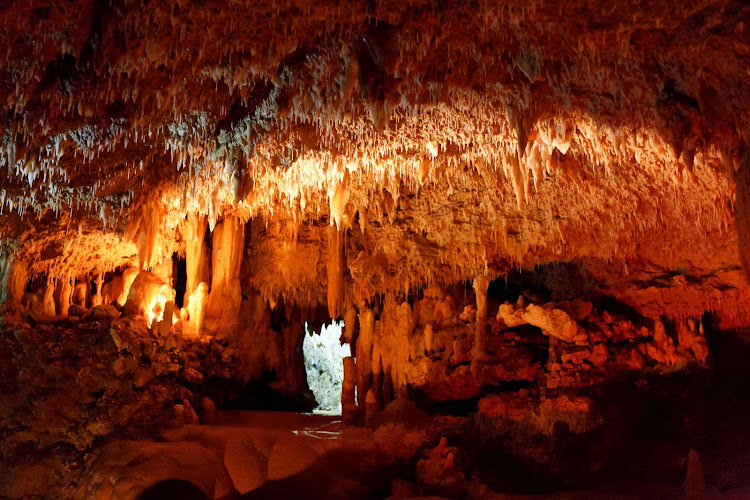 Courtesy of SouthBeachBarbados.comHarrison's Cave, a crystallized limestone cavern, seems like a trip back to prehistoric times.

Located in the uplands of Barbados, Harrison's Cave — a crystallized limestone cavern — serves up wow moments in spades. A tramway takes you beneath ground to a place of deep, limpid pools of crystal clear water, bubbling streams and towering stalagmites and stalactites. 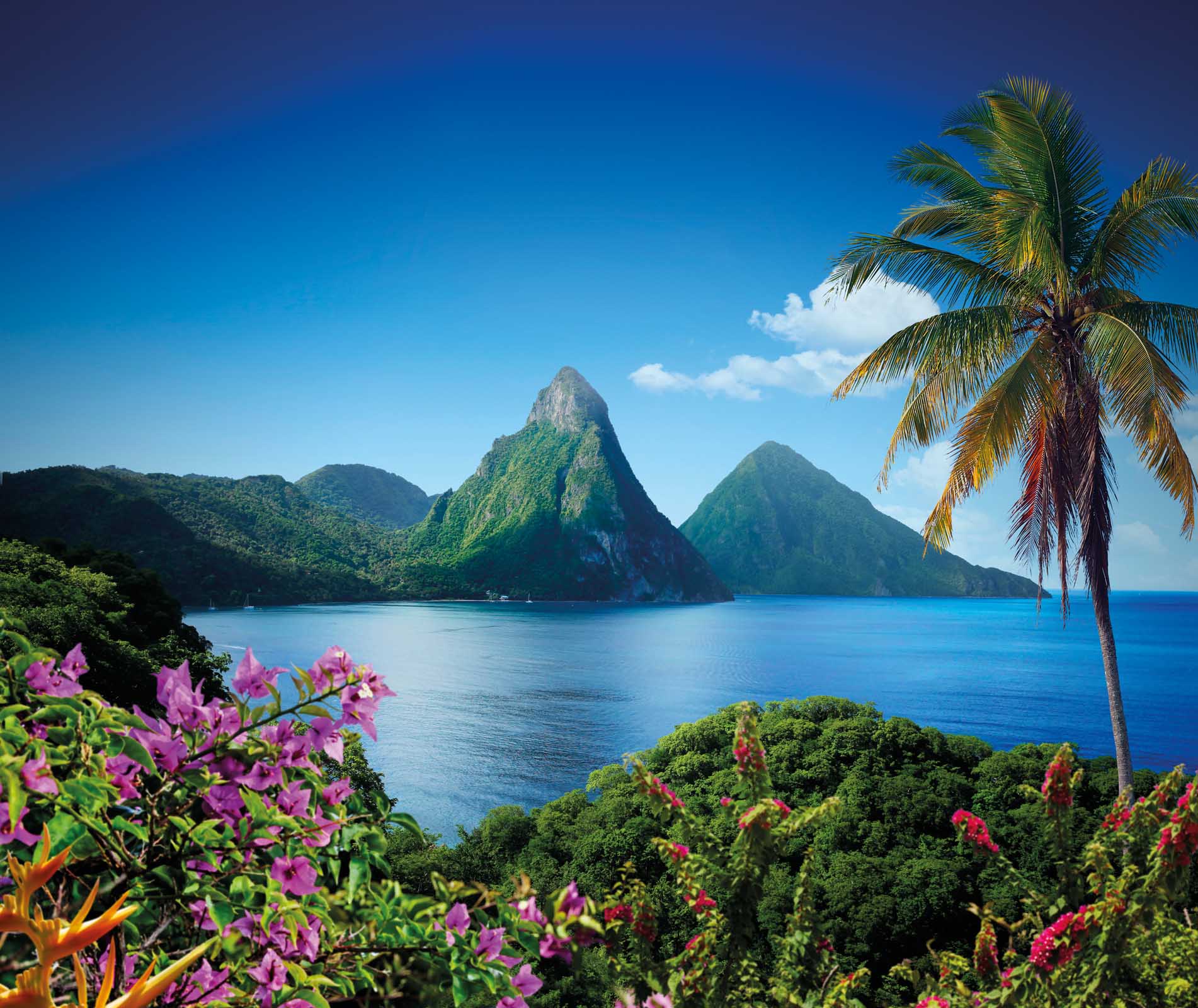 Rising imperiously from the sea, St. Lucia’s twin mountainous volcanic plugs — Gros Piton, 2,619 feet (771 meters) and Petit Piton, 2,461 feet (743 meters) — are one of the most iconic sights of the Caribbean. You can even hike Gros Piton, if you’re feeling energetic. The surrounding Pitons Management Area, a UNESCO World Heritage Site, encompasses coral reefs offshore and tropical forest and active hot springs on land. 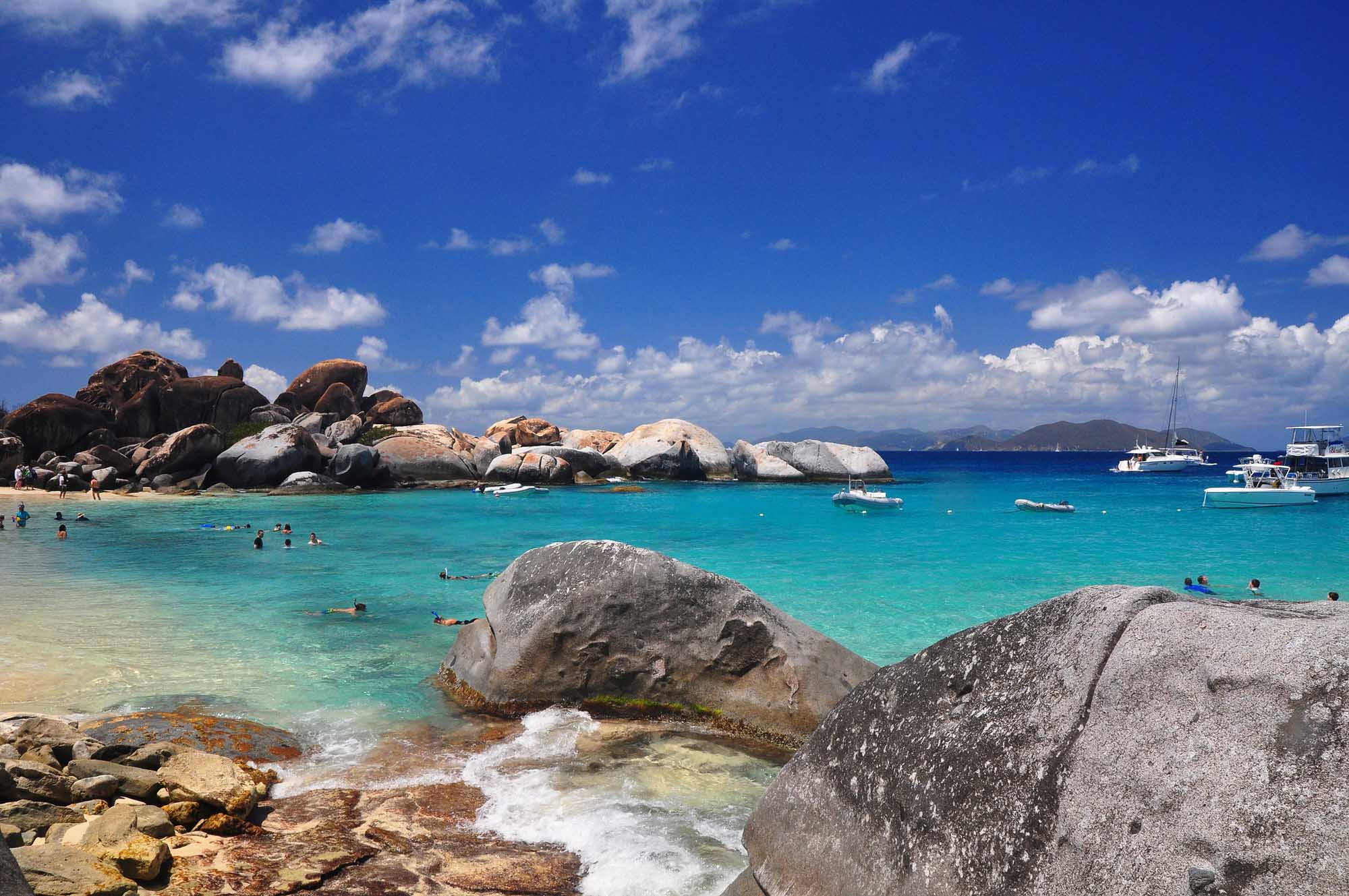 The Baths at Virgin Gorda

Christopher Columbus named this island, the third largest in the British Virgin Islands, Vina Gorda (“Flat Virgin”) because of its resemblance to a reclining woman. Fringing the shores of Virgin Gorda, the unusual geological formations and ancient underwater boulders known as The Baths form a series of pools, grottos and caves — a calm, coral-filled paradise begging to be explored using snorkel and fin.

The Baths were damaged by Hurricane Irma last September and were closed to visitors for a time. While some cruise lines have cut back on excursions there, the Top of The Baths Restaurant & Bar reopened in November and cruisers have begun to return. Note that Virgin Gorda is an anchorage port; guests transfer to shore via tenders. 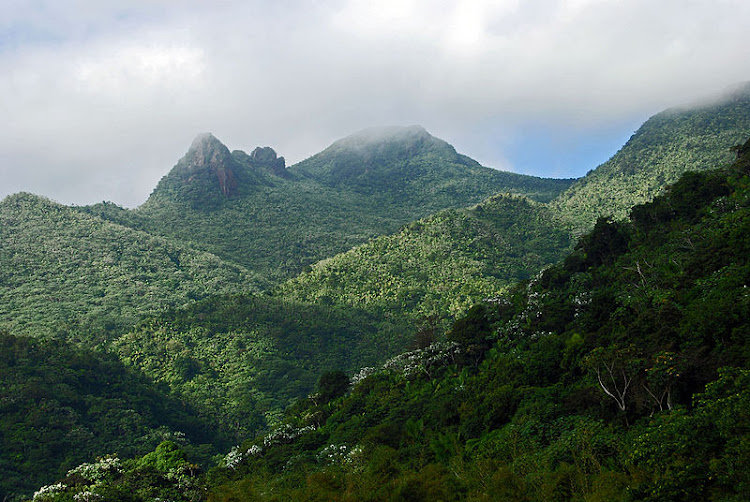 El Yungue was damaged by Hurricane Maria last September and remains closed to visitors, but it may be back open if your cruise isn't taking place for a while.

Have you been to any of these spots? What did you think?

Updated from an earlier version. Help improve this article! See anything wrong? What did we overlook? Be a co-creator!