Though best known as a world-class snorkeling and diving location, Belize also offers spectacular natural attractions and the authenticity of a genuine Caribbean getaway. Nestled between Mexico and Guatemala on the Caribbean coast of Central America, Belize is one of the few remaining unspoiled places on earth.

Off shore, Belize offers the longest barrier reef in this hemisphere, home to the Great Blue Hole, as well as hundreds of islands, and snorkel and dive locations. On land, Belize has hundreds of ancient Maya sites — both excavated and jungle-covered — as well as lush tropical rainforests with many species of birds, and exotic tropical flora and fauna.

If you’re looking for an adventurous vacation, Belize has it all, from soft to extreme play, from an adrenaline-charged experience zip-lining though jungle canopies, to exploring a mysterious cave or Mayan ruins, to lazily canoeing down a peaceful jungle river observing nature. Marine adventures are suited for all ages and activity levels, including scuba diving, snorkeling, wind or kite surfing, para-sailing or cruising on a catamaran. The breathtaking colors of Belize’s waters are an invitation to immerse yourself in nature for a safe and enjoyable adventure.

Located on the border between Mexico and Guatemala, Belize is the second smallest country in Central America after El Salvador. As more than half of the mainland is covered with dense forests, Belize is known for offering many different options that tourists can experience in the same day.

Belize City, with its wooden and brick buildings, exudes colonial charm, but is considered to be dangerous for tourists to navigate on their own, especially after dark. For cruise passengers, Belize City is primarily a jumping off point for tours and excursions to its many natural and historical attractions.

Cruise ships that call on Belize 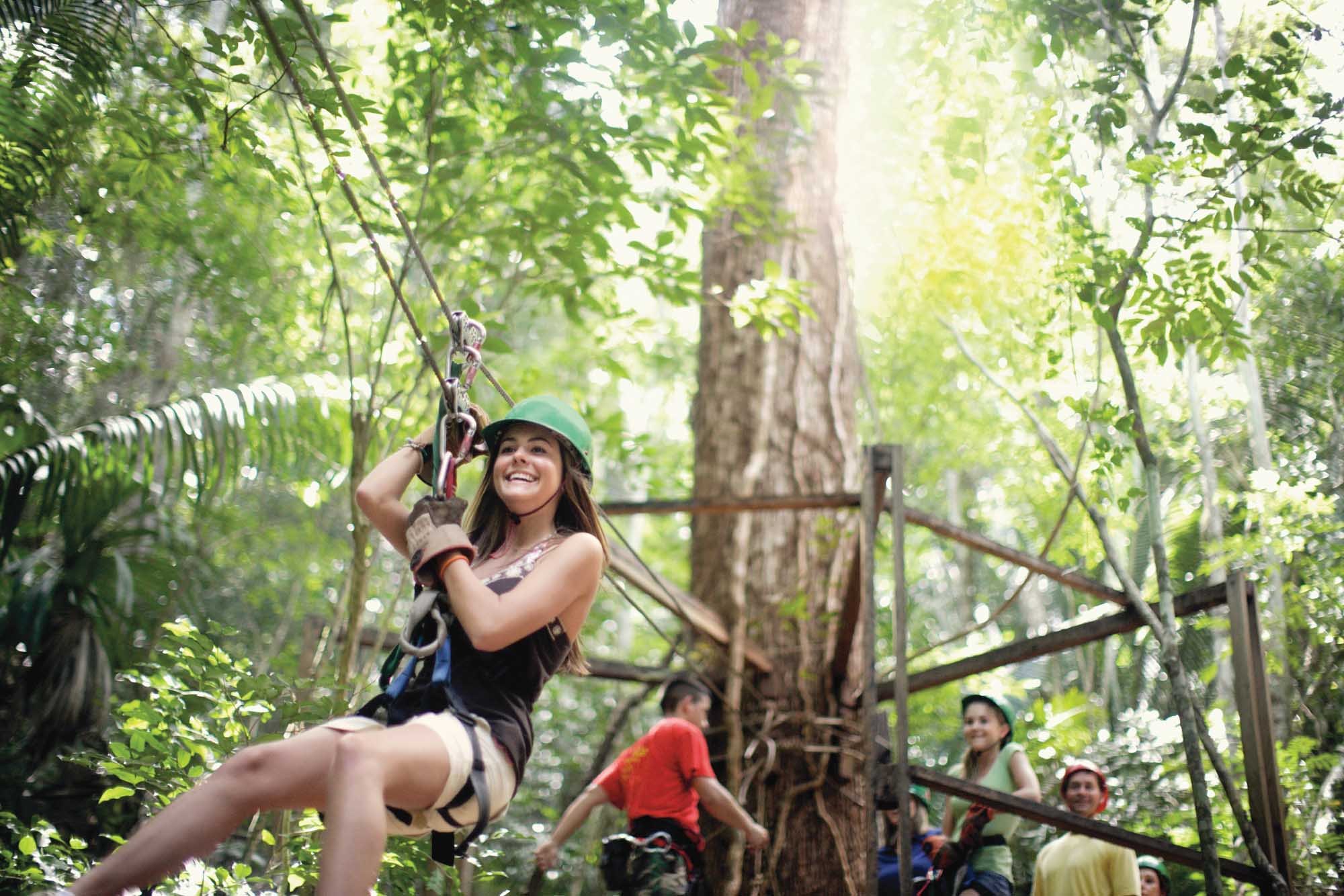 Belize’s history from ancient Maya to recent events are presented in museums, galleries, visitor centers and street-side stalls, offering insight into the friendly Belizeans you will meet. And while you may not find the sophisticated nightlife of other vacation destinations, Belize’s varied cultures, love of music and many holidays and celebrations give ample opportunity to relax your inhibitions and be one with the people of Belize.

The Philip S.W. Goldson International Airport in Ladyville, about 10 miles from Belize City, serves American, Continental, Delta and US Airways, and is a two-hour flight from Miami, Houston and New Orleans. The best way to get from the airport is by taxi; although an airport bus service exists, it is infrequent and unreliable. Once in Belize City, arrangements can be made for a car rental or other transportation options. Belize City Airport also offers regional service to other cities in the country, as well as Ambergris Caye and Caye Caulker.

Belize is known for its simple yet flavorful cuisine. Most meals include rice and beans (usually red beans, not the black beans which are more common elsewhere in Latin America) and peppers — the hotter, the better. If a dish is not hot enough for you, a bottle of the ubiquitous Marie Sharps is likely to be on your table to spice things up. The menus also include fresh seafood and chicken, and fresh fruits and vegetables from local markets.

One of the newer notable restaurants is El Fogon, in San Pedro, which features a menu dedicated to the home-style cooking of Belizean Creole and mestizo food, all prepared in an open-fire hearth. For breakfast, try Cindy’s Café on Caye Caulker, where you can browse the collection of books while enjoying bagels with jam or creamy cheese, yogurt with fresh tropical fruit and granola, a gorgeous chocolate brownie and a wide selection of coffee or tea. For more upscale dining, the Blue Lotus in San Pedro offers a mouthwatering blend of Caribbean cuisines, including chicken tikka masala and Bombay saffron shrimp curry, in an elegant beachfront setting. 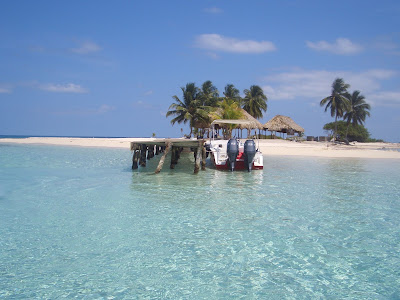 Belize has a tropical climate with pronounced wet and dry seasons, although there are significant variations in weather patterns by region. Temperatures vary according to elevation, proximity to the coast, and the moderating effects of the northeast trade winds off the Caribbean. Average temperatures in the coastal regions range from 75 degrees in January to 81 degrees in July. Temperatures are slightly higher inland, except for the southern highland plateaus, such as the Mountain Pine Ridge, where it is noticeably cooler year round. Overall, the seasons are marked more by differences in humidity and rainfall than in temperature.

Average rainfall varies considerably, ranging from 53 inches in the north and west to over 177 inches in the extreme south. The dry season is shorter in the south, normally only lasting from February to April. A shorter, less rainy period, known locally as the "little dry," usually occurs in late July or August, after the initial onset of the rainy season.

The busier time of the year for travelers to Belize is November to May, which are the winter months of the Northern Hemisphere. Still, many visitors prefer the more quiet days of the summer months from June to October for their vacation in Belize. Both times of the year have their own unique attractions and the choice of when to visit is totally up to you, your budget and the adventure you crave.

All cruise ships tender at Belize City, with the boat ride into town taking about 20 to 30 minutes each way.

Taxis are often available at Market Square and Swing Bridge in Belize City, and are easily identifiable by green plates indicating their status as an official taxi. While there are official rates of $2.50 between any two places for one person, and $0.50 for each additional person, it is best to confirm the fare before you get into the taxi as they do not have any meters. Due to the road conditions, you’ll find it easiest to catch a bus on the Phillip Goldson (Northern) and George Price (Western) highways. To catch a bus, hail it on the side of the road and tell the driver where you’d like to go.

There are also water taxis and ferries that depart from the Marine Terminal to the outlying cayes, including the larger resort cayes such as Caye Caulker and Ambergris Caye. A trip from Belize City to San Pedro, the largest town on Ambergris Caye, takes around 80 minutes and should cost about $17.50 per person. A trip from Belize City to Caye Caulker will cost about $12 per person.

General store opening hours: You can expect to find most stores in Belize to be open between the hours of 8 am and 6 pm, with many closing during the lunch hour and on Sundays.

Safety advice: Belize City has many seedy neighborhoods and travelers are advised to be careful, especially after dark. Don’t carry valuables or flash your cash around. Always be aware of your surroundings and don’t leave tourist areas. Be sure your vaccinations are up to date and get a prescription for malaria prevention before you go.

Have you been to Belize? Please share a story, tip or discovery. What was the highlight for you? Please share in the comments below.

“The Mesoamerican Barrier Reef System is one of the largest in the world, stretching from Cancun in Mexico all the way down to Honduras. One of its most impressive features is The Great Blue Hole, which lies off the coast of Belize, 60 miles from Belize City in the Lighthouse Reef Atoll.”

“I can't sit on the beach all day, so we booked lots of excursions. Blancaneaux's concierge set us up with a trip to Mountain Pine Ridge Reserve, know for its crazy network of caves. While in Placencia, Mama Noots Bocawina arranged a 2,300 foot zip line through Mayflower Bocawina National Forest. I'm not that into birds, but it's pretty cool watching toucans fly past you!”

“I immediately headed for Ambergris Caye, an island in the Caribbean that is home to the second-largest coral reef in the world. Here I found the bliss promised by postcards: the sea was a color normally seen in sports energy drinks. I spent the day on the beach, where hammocks cradling tourists cradling piña coladas were strung next to thatched-roof palapas.”

“Dive sites where I can look a nurse shark in the eye are a quick boat ride away in the Bacalar Chico Marine Reserver, and a nice-looking fish looks back at me from my plate each night.”

“South Water Caye Marine Reserve: This tiny island is off the beaten path, even for Belize — and you'll be rewarded with incredible diving. ”