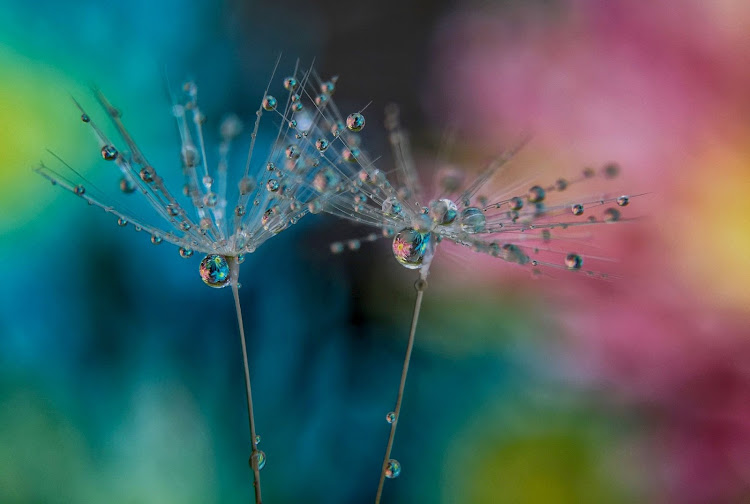 A photo by Dawn Denfeld, taken with a macro lens, featured on the Olloclip gallery page.

As the saying goes, the best camera is the one you have with you. And as hundreds of millions of people have discovered, their smartphones have replaced point-and-shoot cameras — and even digital SLRs in some cases — during their travels.

From time to time, the road warriors here at Cruiseable take new products and devices on a trip to see whether they're a good buy for travelers and cruisers. And so it was on a recent Viking Star cruise to Istanbul and Athens.

In my never-ending quest to add more firepower and versatility to my digital photography, I brought along an add-on for my iPhone 6 called Olloclip. It’s a series of clip-on lenses for iOS devices (iPhone and iPad) and Android phones (like the Samsung Galaxy S5) that offer several ways of enhancing your smartphone’s native capabilities: 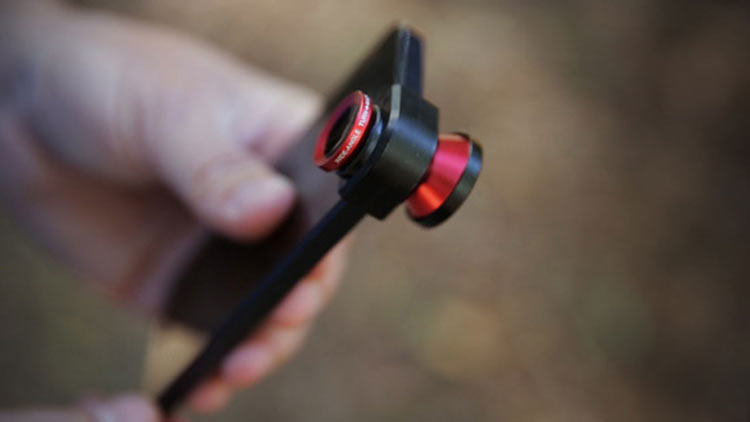 The Olloclip slips over your smartphone's camera lens and adds wide-angle, fisheye, telephoto and macro capabilities.

Just slip it on top of your phone's front or rear camera and away you go, with new capabilities you can't get from software alone. In addition, other versions offer:

Notably, all of the features outlined above come on the one single photo lens clip-on — you just flip it around, or unscrew a lens, to switch from one lens to another. Simply carry it on a pendant around your neck or slip it into your pursue or pocket when not using it.

Since it’s more useful to show than tell, here are some images taken with the Olloclip.

First, a shot of the Parthenon at the Acropolis in Athens taken with the fisheye lens: 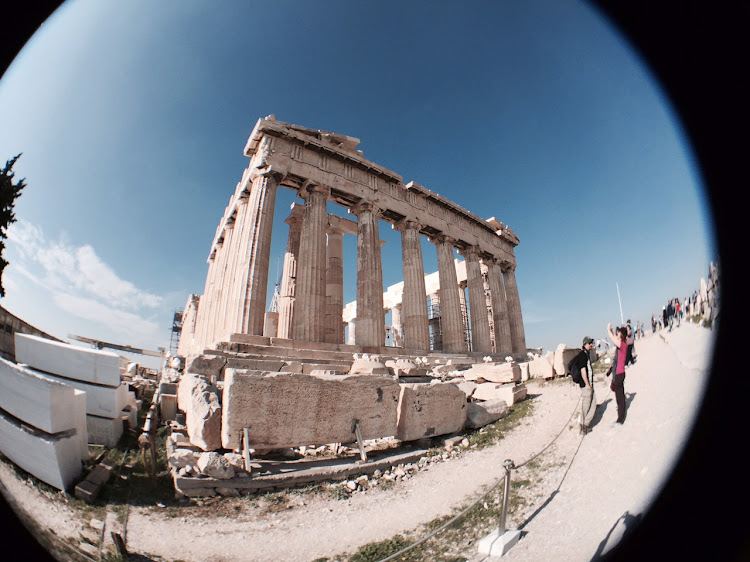 JD Lasica / Special to CruiseableA shot of the Parthenon in Athens using the Olloclip fisheye lens.

Here's a shot of Oai on Santorini taken with the iPhone 6's native camera: 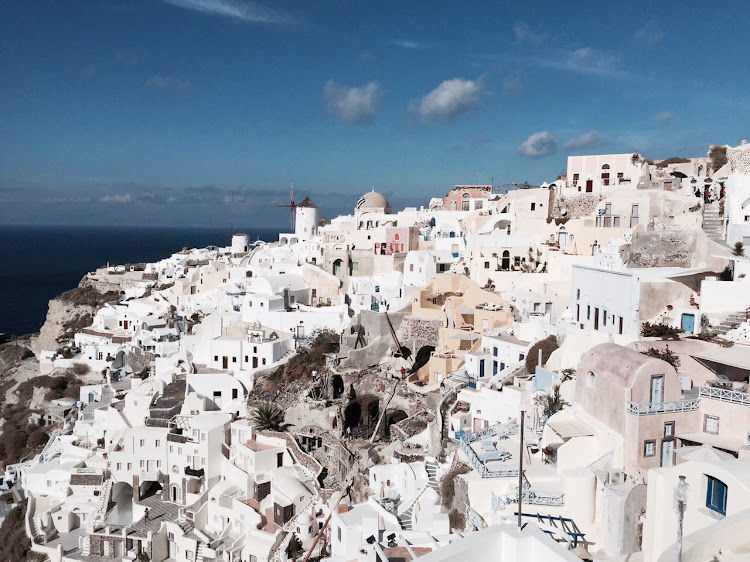 JD Lasica / Special to CruiseableShot of Oia on Santorini with no lens attachment.

And here's the same scene with the wide angle lens slipped on, and my cropping off the top and bottom: More detail is captured, with the edges slightly rounded. 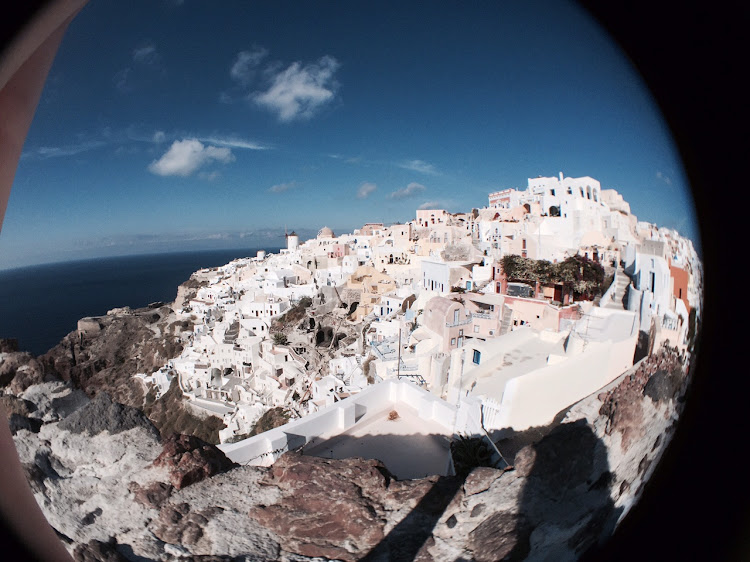 My view? The introduction of landscape mode on iPhone 6 makes the Olloclip's wide-angle lens a bit superfluous — a rare case of software trumping hardware. But here's a better use case: Olloclip comes in handy when taking a selfie with a large number of people: The Olloclip would include everyone in the frame.

It turns out that the lens that held the most interesting visual interest for me was the macro lens: both the 10x and 15 versions. Here's a shot of with the macro 10x lens: 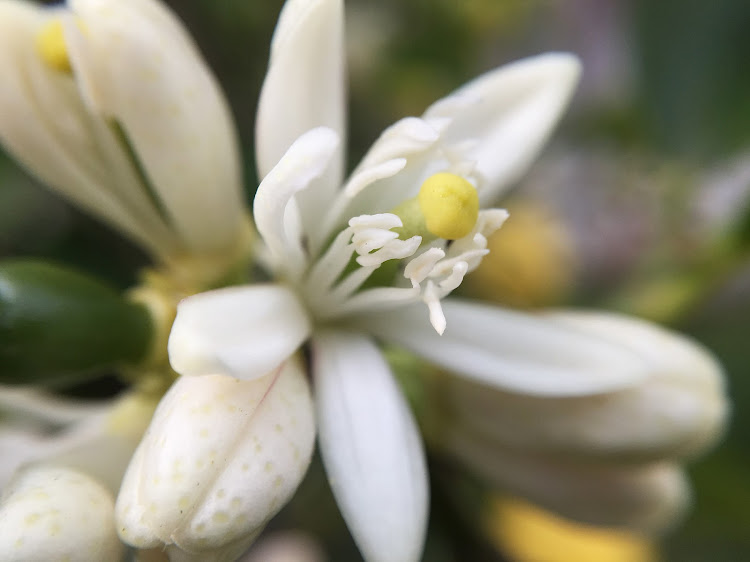 And here's another blossom with the macro 15x lens: 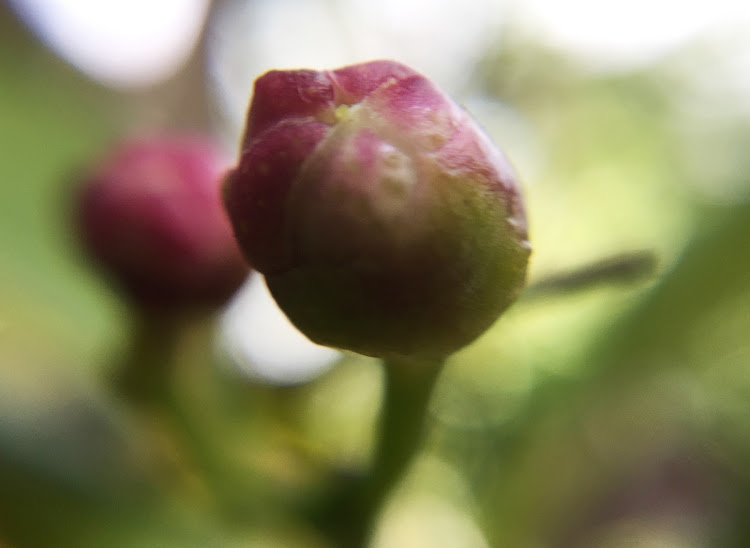 JD Lasica / Special to CruiseableHere's a blossom with a very shallow depth of field, shot with Olloclip's macro 15x lens. (Click to enlarge.)

You almost feel as if you're using advanced microsurgery tools. More fun are the videos you can take — mostly of insects, I would think — using an Olloclip macro lens, like this video of a millipede.

Whether or not you load up your smartphone with dozens of photo apps, the Oolloclip lenses' diverse range of features can help bring new punch and greater visual interest to your shots.

One caution: For whatever reason, the Olloclip insert scuffed up the plastic screen protector on my iPhone 6 quite a bit, and it had to be replaced. (Fortunately, the glass was unaffected.) So think about using the Ollo Case, which makes it easier to switch from wide-angle to fisheye or telephoto view.

Olloclip has a number of Spring Special Savings going on, so check it out if it sounds up your alley.

Note: As a tech writer and former columnist for Engadget, I've reviewed dozens of tech products over the years from brands such as Apple, Samsung, Nokia, Nomad and many others.