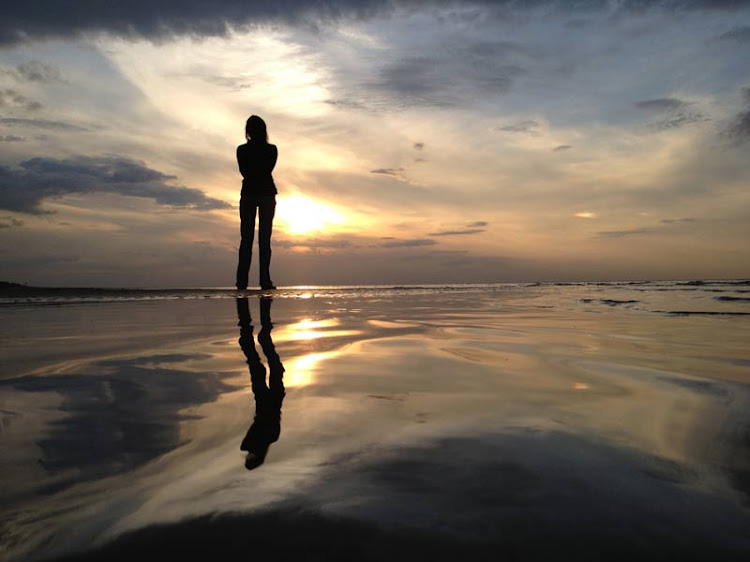 An iPhone photo edited with the Snapseed mobile app. See which of these 10 photo apps are good fits for your next trip.

I have been traveling quite a bit lately, and my iPhone has become my weapon of choice when documenting the cool places and people I come across, from Istanbul to Mazatlan. Recently I wrote about Olloclip, a clip-on unit that adds telephoto, macro and fisheye features to a smartphone.

Now let's turn to software. With millions of apps in Apple's App Store and millions more in Google Play for Android devices, it's easy to get overwhelmed amid the deluge of photo editing apps that can spruce up your cruise vacation photos. Cruiseable is here to guide you to the best of the best. 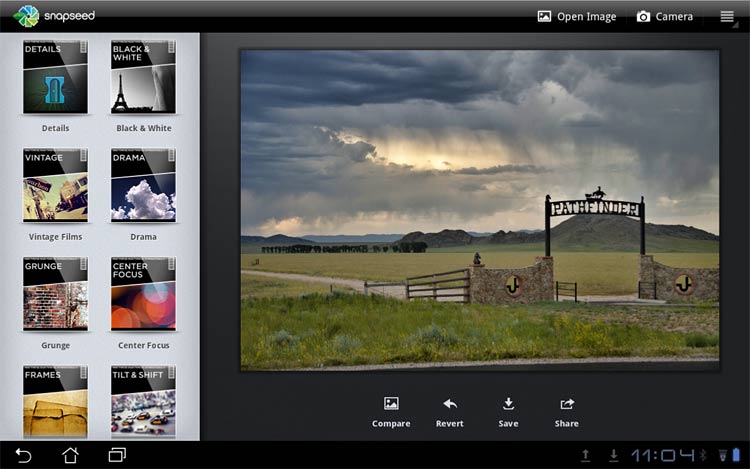 Snapseed for Android tablets with the Drama filter active. 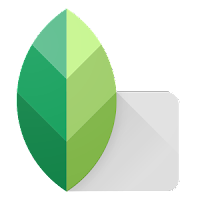 The two photographer-friends I lean on most heavily for advice on which smartphone apps to use are Erin Manning, the Cruiseable Cruise Ambassador who wrote 5 iPhone Travel Photo Tips, and photographer J.D. Andrews. Both Erin and J.D. mentioned Snapseed (acquired by Google in 2012) as one of their longtime go-to photo editing apps.

I use Snapseed occasionally on the iPad, but I use it more often on the iPhone for retouching, burning and dodging with the Brush tool, using auto adjust, adding more depth and vibrancy to images, enhancing details, cropping rotating, healing areas of a shot, adding lens blur and filters like Grunge, Drama and HDR Scape, applying filters to other images and much more. 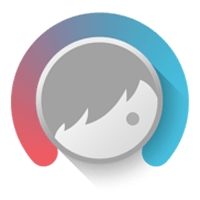 Facetune is all about retouching portrait photos — especially handy in the age of the selfie. Erin did a little Facetuning of the two of us on the night before my Ruby Princess sailing and, though the results are subtle, people who want to look their best in the public eye will like the app's wide range of features. Remove wrinkles, whiten teeth, brighten eyes, add makeup that looks natural, blur backgrounds — heck, even fill out a jawline — all accomplished with some steady swipes of your fingertip. The multiplicity of options may be intimidating to newbies, so just get into it slowly before trying to do too much. 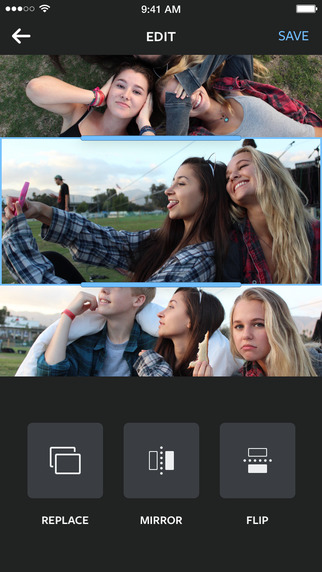 An example of Layout and some of the collage options. 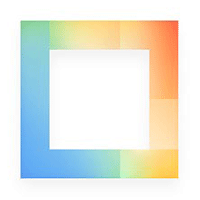 After you've captured a series of mobile shots to capture the mood of an event, a place or an activity, the next impulse is to share 'em, right? That's where Layout from Instagram comes in. Choose pix from your camera roll and instantly see them displayed in lots of different sizes and shapes. Pick the layout or collage you like best that visually conveys your story, message or mood. Remix up to nine of your shots at a time. Share them to your favorite social networks. Nice feature: Use the Faces tab to quickly find photos you've taken with people in them. Tip: Strong horizontals and just a few photos work best. Alternatives: Pic Stitch, InstaCollage Pro, PhotoGrid, LiPix Pro, Diptic, Framatic, Nostalgio, Cropic, FotoRus, Photoset, Pic Collage (yes, there are a boatload!). 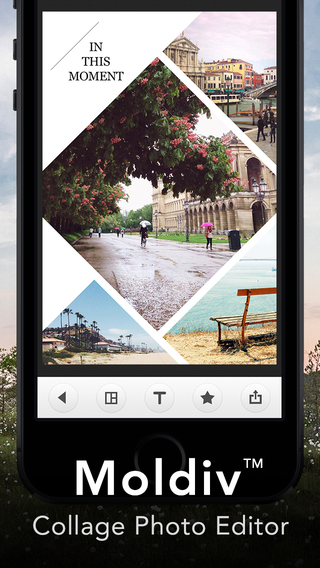 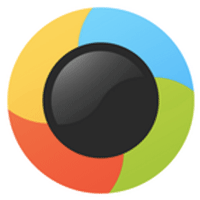 One of the newcomers in the bunch, Moldiv may be the only all-in-one photo editing and collage and beauty app that you need — a good choice for the next time you're stuck on a desert island with only one photo app at the ready. Moldiv contains tools to capture the perfect selfie (smooth skin! slim face! enlarge eyes!). It has collage features that let you combine multiple shots into a single frame as well as letting you fiddle with the grid aspect ratio. It offers professional editing capabilities. You can add more than 300 fonts with its text function. And while I think Instagram's filters are generally lame, Moldiv offers 180 filters in 12 different themes. Standout feature: Moldiv's magazine and poster themes. 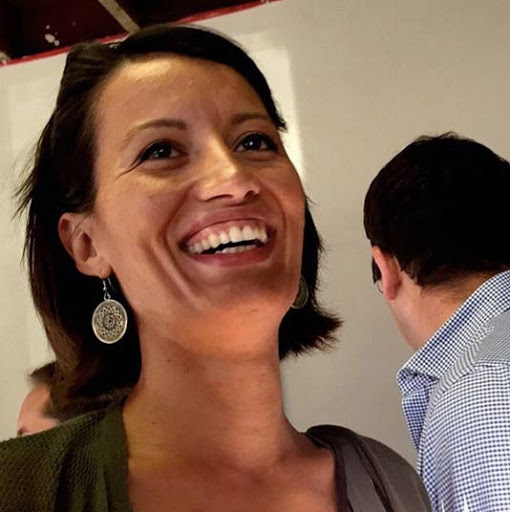 JD Lasica / Special to CruiseableAnna, a participant in a Travel Massive social event, in a Camera+ image with use of the Clarity filter. 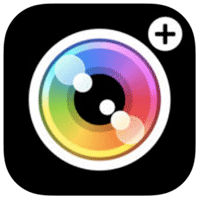 An oldie but goodie, Camera+ has been one of the pioneering apps for enhancing mobile photos. I've used the Clarity filter for years to pump up lifeless photos by bringing out details and brightening dark images. Use it not just for post-processing but for capturing photos — it features a Stabilizer mode to produce sharper images. Take rapid streams of shots in Burst mode. Choose from different shooting modes, including Food, Beach, Portrait, Sunset, Night and others. Try out some of the special effects like HDR or Grunge or dozens of others. Crop your photos, add borders, even add captions, then share your best shots to Facebook, Twitter and Flickr. 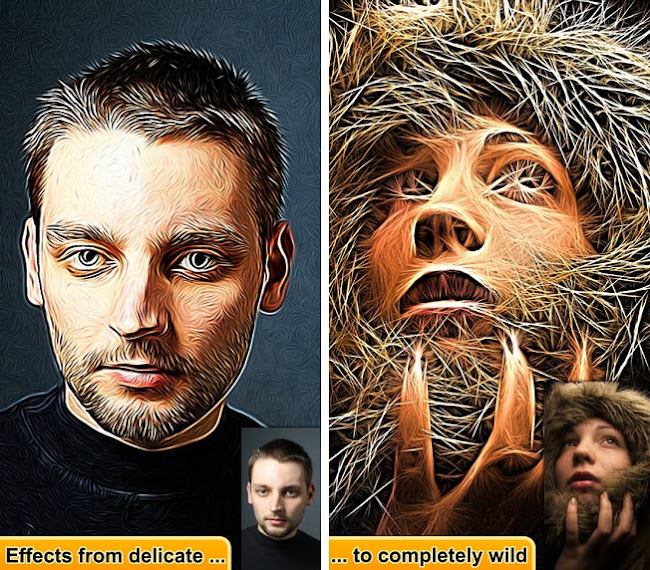 Examples of the transformations made with the Tangled FX app. 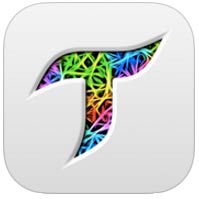 There are a zillion camera apps out there that transform your photos into artwork, sketches and the like. Most of them suck. The one I like best is Tangled FX. It doesn't try to do too many things: The app applies "tangles of light and shadow" to an image, resulting in different painterly effects (Swirl, pictured above, reminds me of van Gogh's works). You can choose from 16 style presets that convert pictures into works of art resembling fibers, etchings and more. You can tinker with it in a variety of ways, with an advanced mode that lets you fine-tune the texture, shading, coloring and more. It's a universal app and one of the best examples of the creativity you can unleash on your iPad. Alternatives: Photo Painter Free, Waterlogue, Brushstroke. 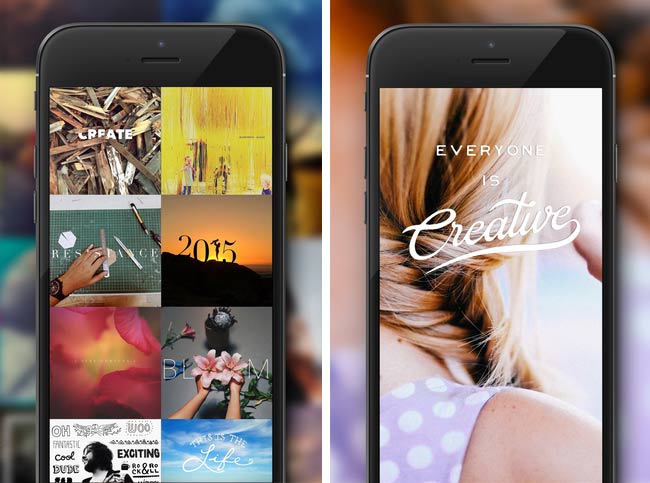 The Over mobile app: get creative with typography and imagery.

Over for iPhone & iPad | Over for Android | Free 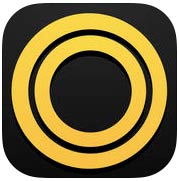 Over's genius is that is lets you add text and artwork to your photos to create something entirely new. Use it to create a digital postcard for your friends and social networks. Create messaging for a campaign. Use it for birthday cards, social media posts, event invitations, logos, album covers, wallpapers and more. The most effective uses are unusual or unexpected juxtapositions of text and photo. Experiment away! If you come up with something novel, I'd love to see it. 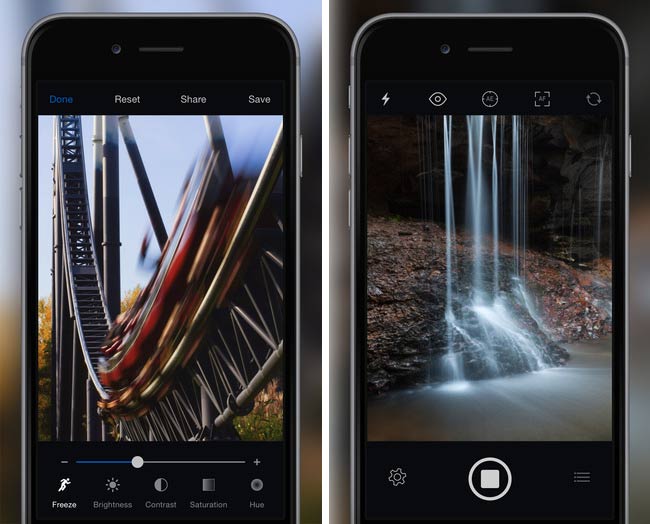 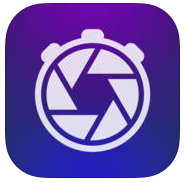 8If you thought you could capture slow shutter speed effects only with a digital SLR camera, Slow Shutter Cam would like to inform you otherwise. Its main features center on light trails, letting you capture car lights at night, fireworks or other bright objects; motion blur, letting you create ghost images, waterfall effects and other subtle effects; and low light, letting you capture images of scenes and objects barely visible to the naked eye. I've downloaded this and am eager to try it out during an upcoming trip! See a slow-shutter app for Android. 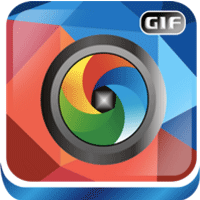 Done well, gifs are awesome. They're short, snappy, often funny and can go viral in a flash. There are a large number of GIF Camera apps for Android devices to create gif animations. Just record a few seconds of video to turn into a gif or use a series of photos from your camera roll. You control the speed of the action. Short reaction-shot gifs can be worth a thousand words. Think of short bursts of action that take place on your vacation — can you capture the essence of a moment and make it gif-worthy? 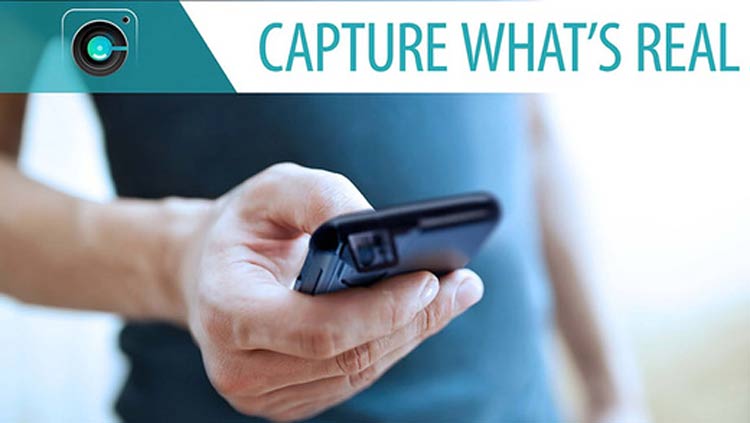 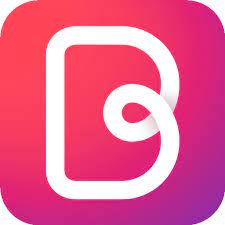 Bazaart is a photo editor and graphic design app that will help you easily create beautiful photo collages, professional designs and stunning collage art. Magically remove the background from any photo. Add design elements from a huge collection of highly curated, constantly updated, free to use templates, photos, backgrounds, stickers, shapes, filters, overlays and fonts. Did I mention the basic version is free?

Also check out: Flickr (the easiest way to upload photos to your own image catalog), LensLight, Vignette, ProHDR, Hipstamatic.

How about you? What's your favorite photo app and why?