Seward port guide: What to see & do

Seward is located on Resurrection Bay on the Kenai Peninsula. Cruise lines typically list the Gulf of Alaska port as Seward/Anchorage because it's the gateway to Anchorage, 125 miles to the north, to which passengers are transported via road or on the Alaska Railroad.

But Seward is a destination in its own right, with plenty for cruise passengers to see and do.

First and foremost, there's Kenai Fjords National Park, one of the most majestic and scenic of Alaska parks and accessible almost entirely only by boat. Hiking, biking and kayaking are available in Seward, and visitors can also take part in one of Alaska's most iconic sports, mushing with a team of hardy dogs.

Seward is one of the oldest cities in Alaska, first recognized in 1793 when the governor of Russia, Alexander Baranof, stopped here and named Resurrection Bay. He then built a ship, which unfortunately sank, and not much was heard about Seward until 1903. It was then that the town began its evolution into an Alaskan port city, thanks to companies interested in building a railroad through the area. While that venture failed, talk of it brought gold prospectors, settlers and workers whose families and descendants would stay on for good.

Cruise ships that call on Seward

Things for cruise visitors to do & see in Seward

The Alaska SeaLife Center combines research and entertainment. This institution is the primary location for scientists and experts to study the ecosystems and wildlife of Seward and the Prince William Sound area. It's also an aquarium and a rehabilitation facility for sick and injured marine animals. The aquarium gives visitors close-up access to local marine life including sea lions, harbor seals and Pacific octopus. Displays include a touch tank, a favorite with kids.

The Seward Museum is full of peculiar knickknacks. Some are ancient, some modern and others are just plain strange. This is the place to learn about the history and heritage of Seward. Newspaper clippings and stories highlight the area's main events through the years. The museum is only open during the summer. 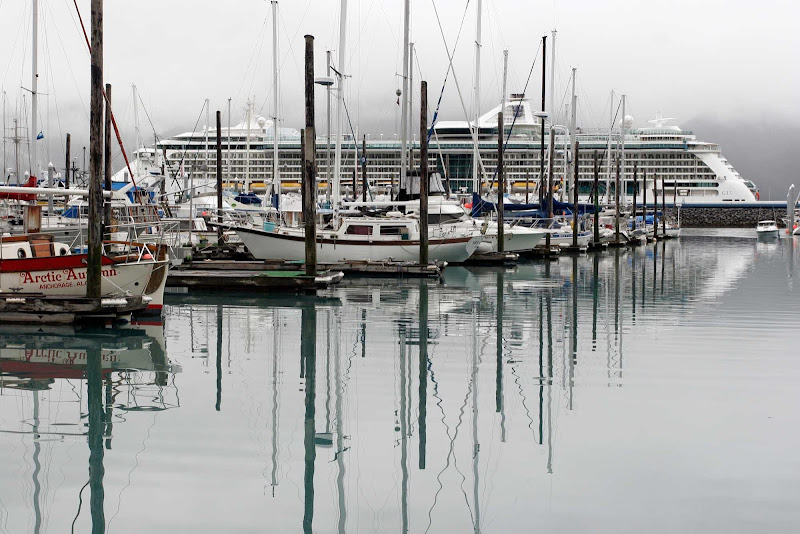 On and around the water

Seward is the gateway to Kenai Fjords National Park, and day cruises put visitors up close to the powerful seascapes and landscapes of the park. There's plenty of marine life and bird life to encounter along the way, so cameras should be kept at the ready. Only one part of the park is accessible via land, Exit Glacier, which sits at the end of a road several miles from town.

With its setting on Resurrection Bay, Seward is a perfect place for a kayaking adventure. Sunny Cove Sea Kayaking is one option, with trips right from town. Miller's Landing also offers sea kayaking as well as salmon fishing and other nature excursions. Another choice for fishing charters is The Fish House, located in the Small Boat Harbor.

While Seward is more about the outdoors than shopping, art lovers won't be disappointed. The gallery at Resurrect Art Coffee House features work primarily by artists who live or work in Seward. The Bardarson Studio is right across from the Small Boat Harbor and features the Alaska-inspired work of local artist Dot Bardardson.

Seward is home to the Seavey family, royalty in Alaska dogsledding with multiple generations of Iditarod champions. Seavey's Ididaride Sled Dog Tours include the pricey but exhilarating glacier tour, on which participants are whisked by helicopter up to Punchbowl Glacier to mush dogs on year-round snow and cuddle husky pups.

Nearly 40 glaciers flow from the Harding Icefield, crown jewel of Kenai Fjords National Park. To go to Seward and not go into the park is just plain wrong.

Ray's Waterfront can be found at the harbor and features a lively atmosphere, harbor views and delicious food. The lighthearted mood fits the décor perfectly. The steaks are juicy and full of flavor, and the fresh catch of the day is always well prepared. The Crab Pot Grill is the place to be during king crab season, but at any time the menu showcases local seafood such as house-reddened halibut, along with burgers, steaks and chicken.

Cruise ships dock at the Port of Seward, a full-service port located a short walk from Seward's main areas.

Seward is a delightfully laid back waterfront city. Many of its attractions are within walking distance of one another, but for those that aren't there are taxis. Seward Mountain Bike Shop is another option, with rentals available for those who want additional exercise during their explorations. The Seward Chamber of Commerce also has a small Trolley service that cruises the downtown streets.

How about you? Have you been to Seward, or planning to go? We'd love to hear about your experience or see your photos!

“Journeying to Seward may seem like a trek, but it's worth it. The small town offers day hikes in Kenai Fjords National Park and wildlife excursions on Resurrection Bay. Stop at Thorn's Showcase Lounge, a restaurant known for its halibut caught fresh that morning and White Russians made with thick Alaskan cream.”

“One of the first things you'll see as you pull into Seward is the 3,022-foot Mount Marathon. If you want a taste of the mountains that surround Seward, try a zipline tour with Stoney Creek Canopy Adventures. One of Alaska's newest ziplines, the experience starts out with moderate 100-foot zips through tall Sitka spruce and works its way up to a 1,200-foot zip over a glacial pond with breathtaking views.”