Colón is located along the Caribbean Sea coast of Panama, right in front of the Panama Canal, and it's best known as the gateway to the Miraflores Locks, where visitors can watch the Panama Canal, one of the world's greatest feats of engineering, in action. This multicultural town has about 200,000 inhabitants and serves as the starting point for exploring the canal and experiencing the exotic side of Panama.

Having regained control of its famous canal at the turn of the 21st century, Panama is now steering its own boat in terms of tourism. One of the main objectives of an expensive development program, in addition to widening the canal, has been to persuade cruise lines to use Colón and Balboa (on the Pacific side of the canal) as base ports so their passengers spend more time and money ashore.

For that to happen, cruise passengers need to feel secure — a feeling not facilitated by Colón's rather scary reputation for street crime. So, local authorities have made sterling efforts to keep cruise visitors safe. They've regulated taxis and provided good shopping and cafe facilities at the two main cruise ship docking areas, Colon 2000 and nearby Cristobal Pier.

While Colón proper is chiefly a gritty, industrial area that visitors might not be drawn to, the surrounding area is where you'll find beaches with turquoise Caribbean waters, beautiful islands and a tropical rainforest.

Cruise ships that call on Colón

Columbus Cathedral is beautiful Catholic church that's worth a picture, but don't leave the taxi and walk around there. Roll down the window and take the picture, then quickly roll it back up again.

Now get out of town. Visit the Gatún Locks where the ships enter and leave on the Caribbean side of the canal. Portobelo is a picturesque bayside town about a 5-minute boat ride from the small village of La Guayra. Lush verdant landscape, crystal clear waters, a laid-back Caribbean atmosphere and friendly locals make Isla Grande Panama's most popular island vacation spot. The best beaches in the whole country of Panama are in Colón, the most famous being Playa La Angosta.

San Lorenzo is a protected nature area that offers guided tours for visitors to the forests. Wildlife in this area includes over 270 species of birds, such as the cattle egret, ruddy ground-dove, orange-chinned parakeet, blue-headed parrot, rainbow-billed toucan and the blue-gray tanager.  Mammals such as jaguars, boars, ocelots and tapirs as well as reptiles like crocodiles, boas and iguanas also reside in San Lorenzo alongside the insects and foliage.

La Zona Libre is a walled compound within Colón, and the second largest free-trade zone in the world after Hong Kong. Unfortunately it is not aimed at tourists but rather to wholesalers, so it's not the shopping paradise you might imagine. Anything bought here is shipped to the airport and can be picked up only when you leave Panama, with the exception of small items you can carry out. If you're a foreign tourist and just buy a bottle of perfume or an iPod or something like that while you're in the Zona Libre, that's fine, but you will not be allowed to leave with big bags full of stuff. 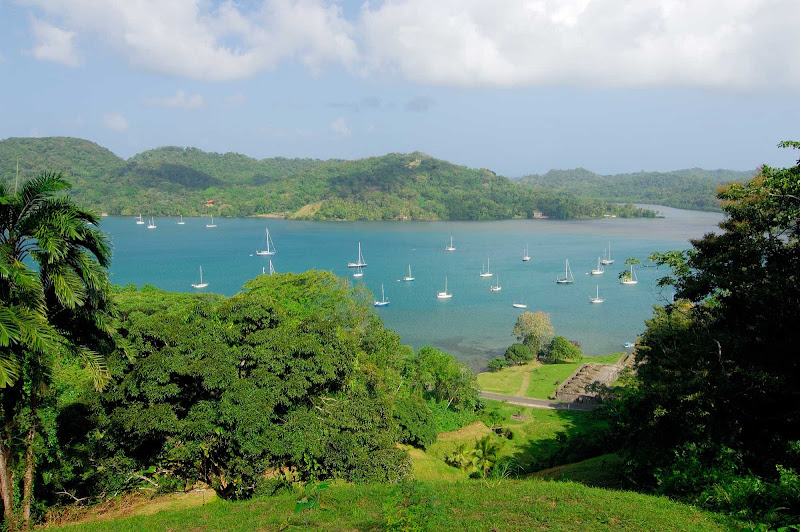 A taxi ride anywhere in the city costs about $3. Taxi prices are fixed at the central desk and your ride details are documented for safety reasons. Tourism taxis are only allowed to enter the port once the cruise line tours have left.

Language: Spanish is the official language.

Currency: The official currency of Panama is the U.S. dollar (USD), known as the Balboa. Many stores and restaurants also accept major credit cards, which usually offer you a good exchange rate.

Store hours: Shop opening hours vary but you can generally expect them to be open from 8 am to 6 pm Monday to Sunday, some even until 10 pm.

Tipping: In Panama, it is not customary to tip taxi drivers but you always can round-up the price. In a restaurant, a 10% tip is appreciated.

Safety: Colón is considered a dangerous city, and its crime rate is high. While there are some safer areas, walking around the city is not advisable for tourists.

Have you been to Colón? What struck you about it? Have any suggested highlights for first-time visitors?