Panama travel guide: A vibrant collision of continents and cultures

Tourism is a rapidly growing industry in Panama, attracting more than 1 million visitors every year. Yet Panama is still somewhat undeveloped for travelers, especially compared to its neighbor Costa Rica, a tourism dynamo. That's either a gift or a disappointment, depending on your perspective.

Adventurous travelers who want to experience a bit of the real Panama, a country in the throes of a tremendous shift in economics and development, will be charmed by the fact that it's not quite there. Authentic experiences are easily found.

That said, infrastructure is still lacking; Panama City still has a gritty side to it in spite of the rise of architecturally mind-blowing skyscrapers; many tours, especially in the interior, are largely low-key and rustic without the kind of bells and whistles many U.S. travelers expect; and in spite of relatively short distances between sites, old-school roads and traffic congestion can mean longer than most of us like in vans and buses.

But embrace all that Panama does offer and it's a country of diverse and worthy opportunities. To start, its canal is truly one of the wonders of the world, a structure that connected two oceans in a country bridging two continents. Thousands of workers gave their lives during its construction, a process that also turned valleys into lakes and mountains into islands. To see it working up close and to learn its history is an experience not to be missed.

Panama is a birder's paradise and its rainforests and lush national parks are home to such intriguing creatures as monkeys and three-toed sloths, often sighted on eco tours. The forests are also home to Panama's still thriving indigenous cultures, including the Embera people, who have embraced tourism and welcome visitors to their villages. 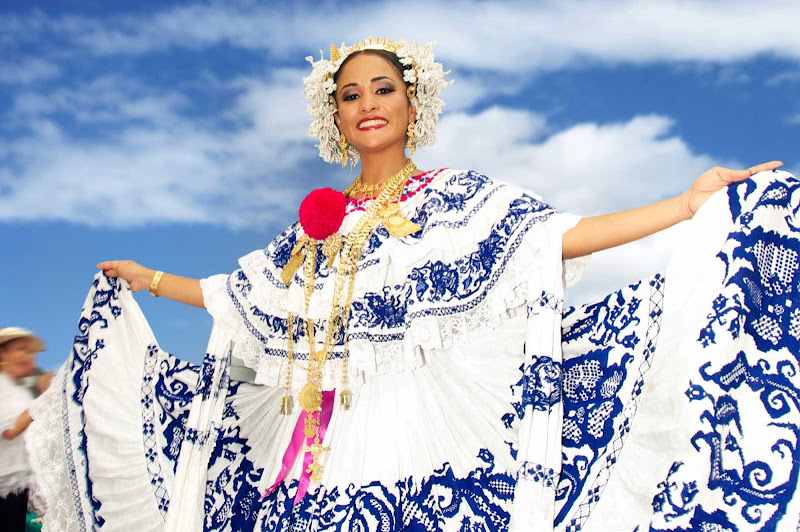 Courtesy of Visit PanamaA dancer in traditional costume in Panama.

Top things to do & see in Panama

Panama City continues to boom and the number of new, ever-more visually arresting high-rises has caused some to dub it the Dubai of the Americas. But in its old quarter, Casco Viejo, vestiges of Spanish and French colonialism remain, some buildings artfully restored and others not, giving visitors a glimpse into the enormous potential yet to be realized as well as the challenges that remain. The city has excellent restaurants, museums and pathways along the water with sweeping views of Panama Bay where a not-small-number of yachts are likely to be floating.

While much of the tourism infrastructure that does exist is concentrated on the country's Pacific side, the Caribbean side has its highlights, too, especially the unspoiled San Blas Islands, an archipelago of more than 300 islands spread across 100 square miles. The islands, which are home to and largely run by the Kuna people, are mostly uninhabited, but there are simple, low-key accommodations for tourists that evoke the early days of Caribbean tourism, when "island paradise" was still a fitting term.

Panama's history is complex, impacted by Spain, France and most recently by the United States, which ran the Panama Canal and surrounding Canal Zone for decades as a U.S. territory, then jointly with Panama until it was turned over to the people of Panama in 1999. No visit to Panama is complete without a visit to the canal. There is something so awe-inspiring about it, and watching ships move through it is a treat.

Panama Viejo is an archaeological site and the remains of the original city. The ruins stand in what is now a suburb of Panama City. A visit here provides insight into the area's history, which was shaped to a large extent by gold. As a transport center for South American gold and silver during the years of Spanish exploration, the city enjoyed years of prosperity. Unfortunately, that attracted the attention of pirates. In 1671, the notorious Henry Morgan plundered and razed the city, leaving it in ruin. The survivors moved to a location that could be more easily defended, the area now known as Casco Viejo.

About midway across Panama's svelte midsection is Chagres National Park, where many of the Emberá people still work and live in traditional villages. Tours to the villages give visitors a chance to buy Emberá handicrafts, including woven masks and jewelry, among other things.

Among Panama's most interesting cultural institutions is Biomuseo on Amador Causeway, housed in the only building in Latin America designed by Frank Gehry — and what a building it is. Outside, crazy colors evoke the exotic hues of the country's flora, while inside, through both art and science, galleries provide insight into this tiny region's huge impact on our planet's diversity. It's all about the story of Panama's isthmus, a genuinely eye-opening and interesting story. 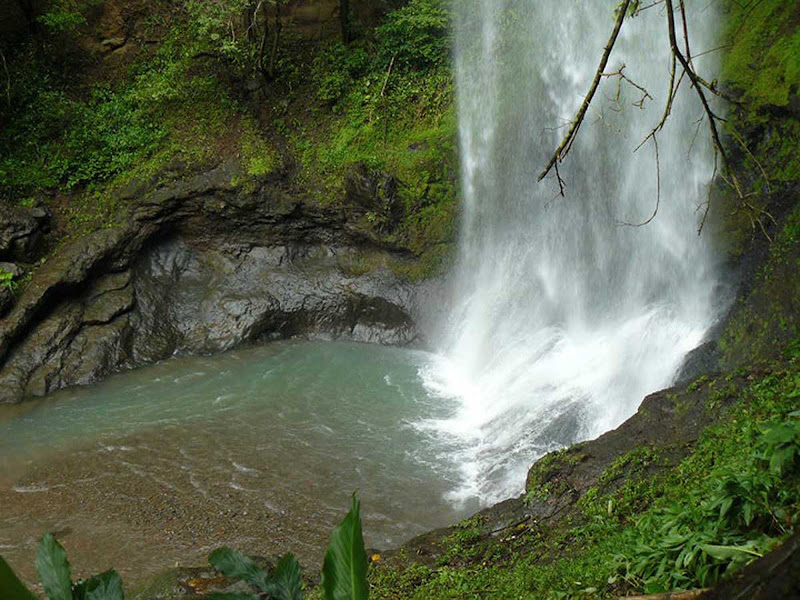 Courtesy of Visit PanamaThe Tavida is a waterfall 105 feet tall with a spectacular natural pool and cool, clear water.

Panama is a treasure for nature lovers. Among the highlights are a slew of national parks, forests, rivers and the massive lake that was created when the canal was built. Shore excursions may include activities in Soberania National Park or Gamboa Rainforest, and excursions from fishing and kayaking to wildlife spotting along the Chagres River or on Gatun Lake.

One of the best areas for shopping is Casco Viejo, where street vendors are plentiful and nice boutiques and craft shops line some of the cobblestone streets. Yes, you can find Panama hats here — some of very high quality — and you'll probably learn that in spite of the name, these hats originated in Ecuador.

Panamanians love to dress up, go out and dance the night away so there are many clubs to be found. The main areas for nightlife are the downtown business district, Casco Viejo and Amador Causeway. The causeway, which connects four islands to the mainland, was constructed with debris from the building of the canal. Today, it's a place to bike or walk by day and a happening club scene by night.

Gamboa Aerial Tram in Gamboa Rainforest is an ideal family outing. The tram whisks visitors up through the trees to a high hill and observation tower. From there, it's possible to see the Panama Canal, Chagres River and Gatun Lake — cameras are a must.

Cruising through the locks is just plain cool and highly memorable. If you're lucky enough to be on a cruise ship navigating the Panama Canal, get out on deck and soak up every minute of the experience.

The Miraflores Locks are a highlight of any trip to Panama. Inside the Miraflores Visitor Center you can learn about the history and engineering of the locks, see artifacts related to its construction and watch an excellent movie about the locks. Outside, if you're lucky, you'll be able to watch a ship pass through this engineering marvel.

Casco Viejo has some excellent restaurants. If you're a lobster lover, Mostaza is a good choice and offers an appealing ambiance. Also in Casco Viejo is DeVino Enoteca, a sophisticated wine bar that serves tapas-style plates. For views, it's Miraflores Restaurant on the second floor of the Miraflores Visitor Center, which serves international cuisine. Book a table outside and watch ships move through the locks as you dine. 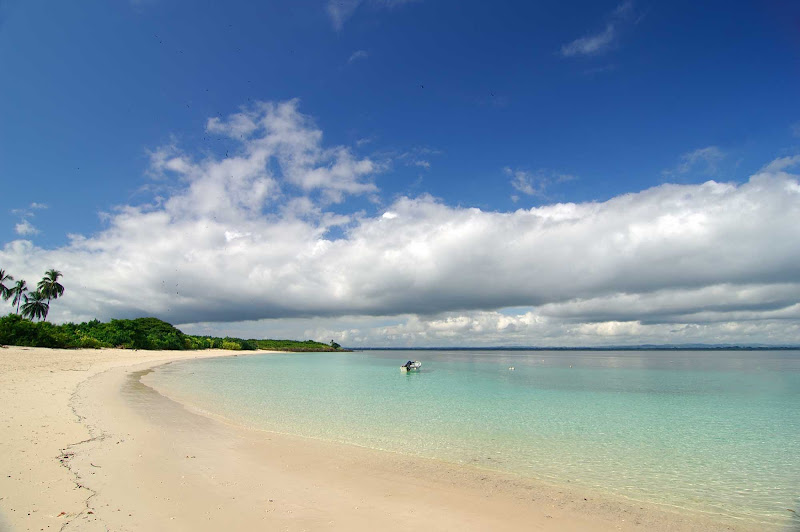 Courtesy of Visit PanamaIsla Iguana Wildlife Refuge is just off the coast of Panama.

Panama is tropical and typically humid with balmy temperatures year-round. The best time to visit is during the dryer summer season, December to April. Rainy season is April-December. If you want to join a Carnival celebration to rival those in New Orleans and Rio, visit Panama in the week or so before Ash Wednesday (typically February).

Ships entering the canal from the Atlantic (Caribbean) side dock in Colón, either at Cristobal Pier or at the fancier Colon 2000 complex. On the Pacific side, the main port of call is Fuerte Amador, on an island connected by causeway to the mainland. Duty-free shopping opportunities are available at all three gateways. 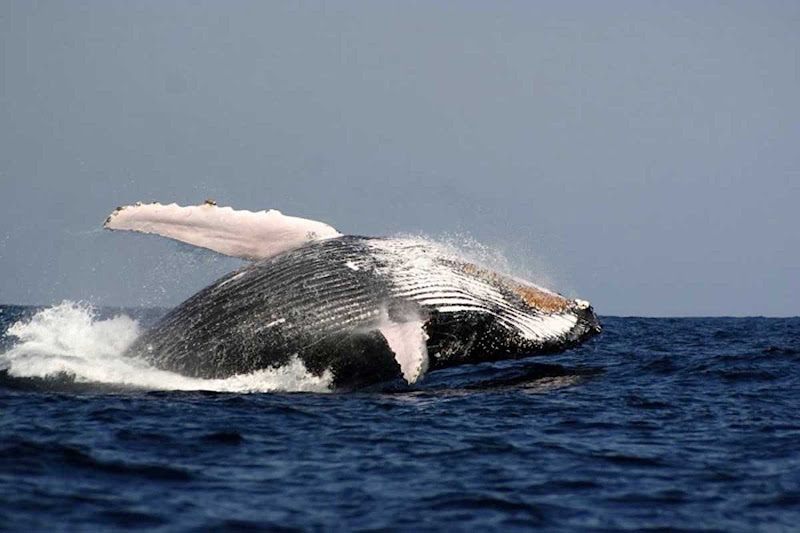 Courtesy of Visit PanamaA ballena whale breaches off the coast of Panama.

Tipping:  Panamanians work long hours, usually six days a week, and many workers depend on tips to make a living wage. Tipping isn't compulsory, but it is good etiquette. Generally a 10% gratuity is standard; leave more if the service is excellent. Be aware that some restaurants automatically include a service charge so check the final bill before adding your tip.

Currency: Panama uses the U.S. dollar as its currency, and while its official name is the balboa, it's exactly the same bills. Locals refer to the dólar.

Safety: While the vast majority of people in this friendly country are welcoming of tourists, it's a good idea to take precautions. In Panama City, take care walking around late at night, avoid using ATMs at night or on your own and leave valuables and extra cash on the ship. Colon is a gritty city for the most part; it's best to stay in the tourist areas or go farther afield with a guide. Tap water in Panama City and in other communities along the canal is safe to drink.

Have you been to Panama? Please share a story, tip or discovery. What was the highlight?

“San Blas, Panama: The native Kuna Indians govern the San Blas Islands, still traveling among the 378 isles by hand-carved canoes with sails. Still catching fresh fish and gathering fruit. Still sleeping in hammocks and building shelter with bamboo and thatch. This no-frills escape looks much like it did 1,000 year ago.”