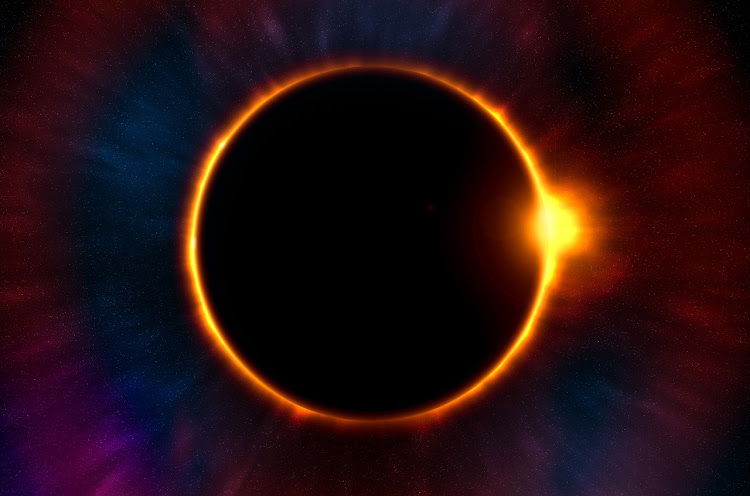 Imagine seeing a total solar eclipse like this at sea.

NASA recently explained that the upcoming Great American Eclipse will start in Oregon and make its way like a beam of darkness across the continental United States en route to South Carolina.

“A total solar eclipse hasn’t crossed the entire U.S. since 1918, and with many of our ships sailing the Caribbean along the projected path, the stars aligned," Bayley said. "Oasis of the Seas will have the vantage point of the century and an unforgettable celebration out at sea that adventurers won’t want to miss.”

Starting at $818 per person, you can enjoy an itinerary that promises a galactically awesome cruise adventure.

Things kick off in Orlando at Port Canaveral, which means you and the family can enjoy places like the Kennedy Space Center beforehand.

Day 2 on your trip out to the Caribbean is when the sun goes hiding for a few moments; You will have a great vantage aboard the Oasis of the Seas. Besides seeing a once-in-a-lifetime event, you also get to enjoy calls at Philipsburg, St. Maarten; Charlotte Amalie, St. Thomas; and Nassau, Bahamas.

The ship itself will resemble one modern eclipse party with fare such as Cosmic Cosmos, Planetary Punch and Moon Pies adorning tables. Royal Caribbean also promises eclipse-themed parties, trivia, lectures and activities for children and adults.

As for what you can expect to see, Space.com explains: “During a total solar eclipse, the disk of the moon blocks out the last sliver of light from the sun, and the sun's outer atmosphere, the corona, becomes visible. The corona is far from an indistinct haze; skywatchers report seeing great jets and ribbons of light, twisting and curling out into the sky.”

Interested in the Total Eclipse Cruise? Contact Cruiseable by email or call 1-877-322-3773 before Oasis of the Seas books up. It really is a once-in-a-lifetime cruise.