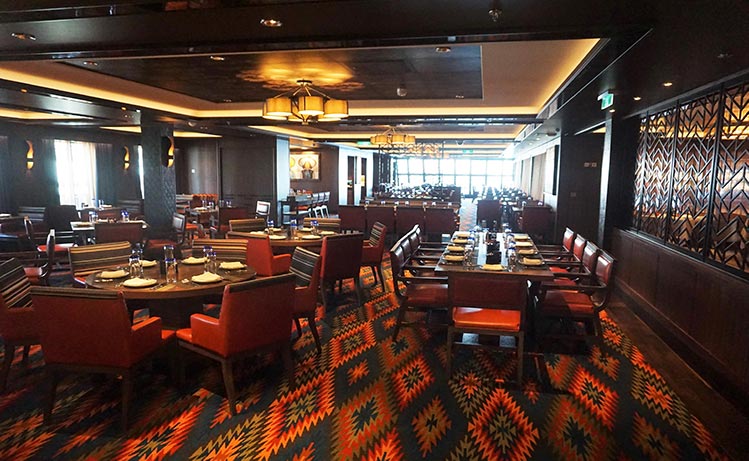 A look at the Los Lobos restaurant on Norwegian Bliss

During the Bliss inaugural cruise, we were able to sample the menu at Los Lobos and are back to share with you all of the tasty details in our Los Lobos restaurant review. 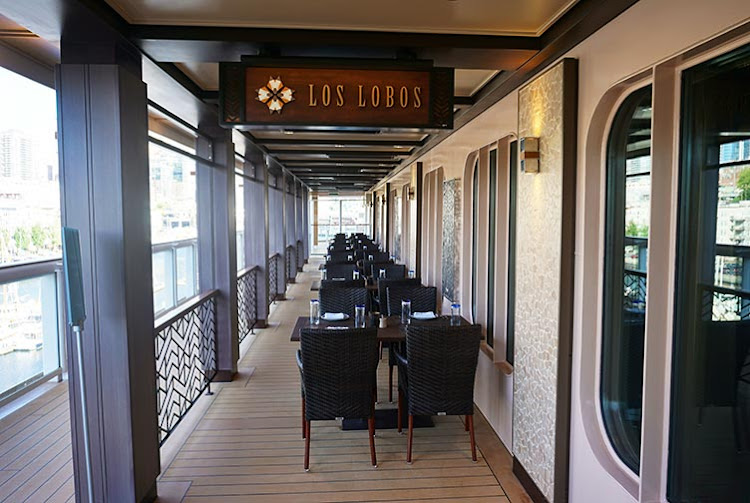 For cruisers familiar with previous Breakaway and Breakaway Plus class ships, you'll quickly realize that Los Lobos has replaced Moderno Churrascaria, the Brazilian steakhouse. Los Lobos is located next to Cagney’s Steakhouse and the new A-List Bar.

Having toured this restaurant on Norwegian Dawn, we noticed that there was very little theming or color in Norwegian Bliss’s version of this restaurant. Perhaps this was done to give Los Lobos a more mature look and feel. Either way, we came away with the impression that Los Lobos lacked some identify as a themed restaurant in comparison to the fun and vibrant Margaritaville or the rustic Q Texas Smokehouse. 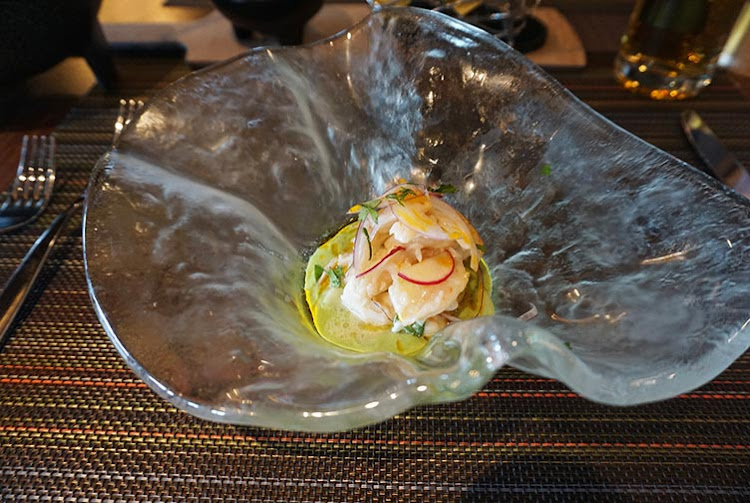 The menu at Los Lobos offers several selections that you would expect to find at a Mexican restaurant. So we set out to sample as much as we could during our visit to this restaurant.

First on the list was the guacamole prepared at tableside. A well-blended and flavorful guac, it paired nicely with the standard tortilla chips that are complimentary. Don’t overlook the medium salsa that comes with these chips, as it was worth sampling as well. 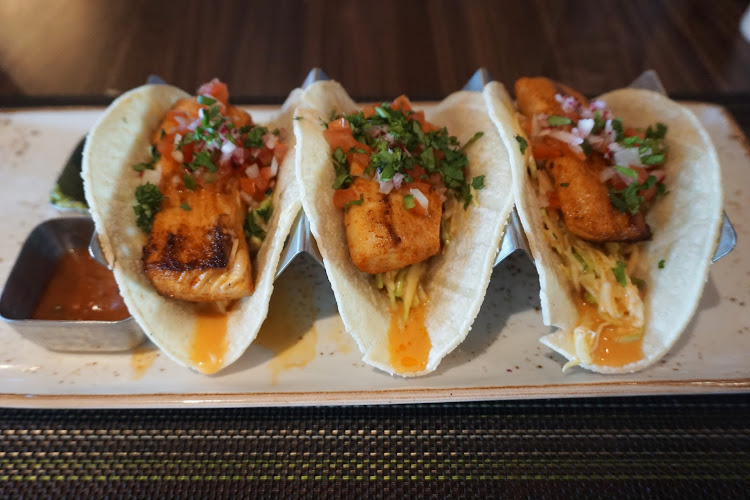 For starters, I went with the shrimp ceviche which was a bit underwhelming. It had an unusual texture and was not as fresh as I would expect. Luckily, the wife’s three cheese quesadilla with smoked chicken came to the flavor rescue. It was certainly smokey and cheesy with a large enough portion for sharing. 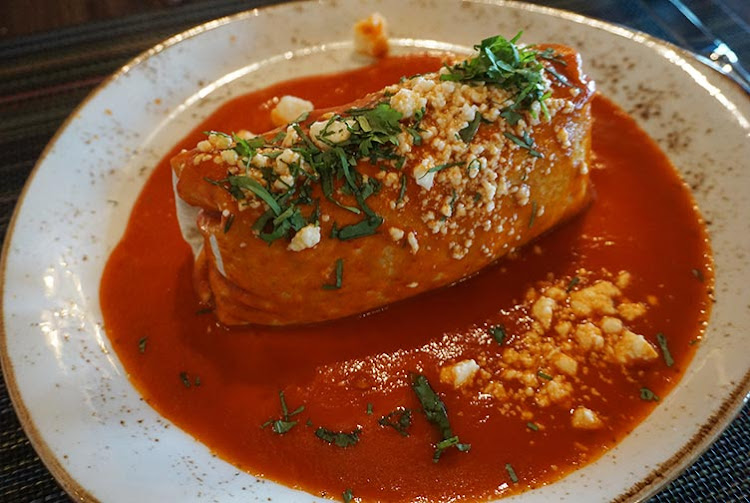 For our main courses, I ordered the mahi mahi tacos. The fish had a slight seasoning and was grilled and tender. It paired well with the coleslaw-style vegetables that were included in each taco. Alone, the tacos were a bit bland for my taste, but with just a dab of guacamole and salsa, they delivered a satisfying lunch.

The wife’s chicken burrito was an overflowing wrap packed with chicken, cheese, beans and rice. She was happy with the selection but was not able to try any of the sides or even finish the main attraction. Of course, this is partially because we were both leaving some room for dessert. 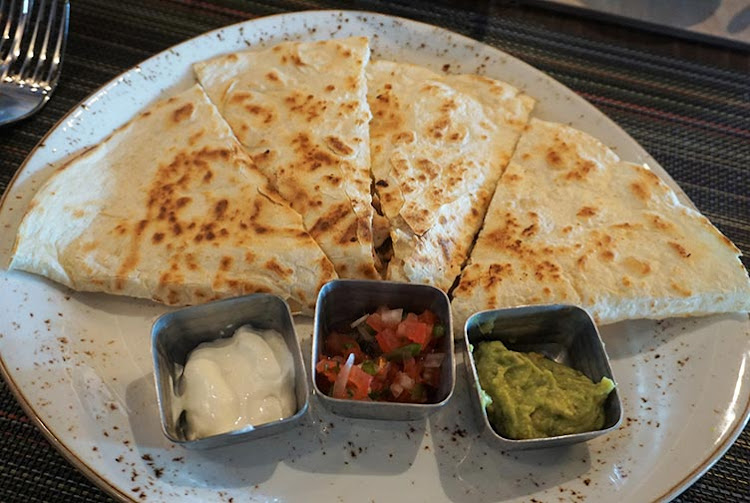 Los Lobos on Norwegian Bliss delivers some sweet dessert options that you will want to share with friends. I tested the fried beignets, which came paired with brown sugar syrup and guava. The light and airy doughnut-like flats were a different presentation than we expected but were quite tasty. The wife went with the homemade vanilla ice cream, which was flavorful and paired perfectly with the beignets. Swapping our desserts, we each enjoyed a scoop of ice cream with a beignet. It was sweetness heaven! 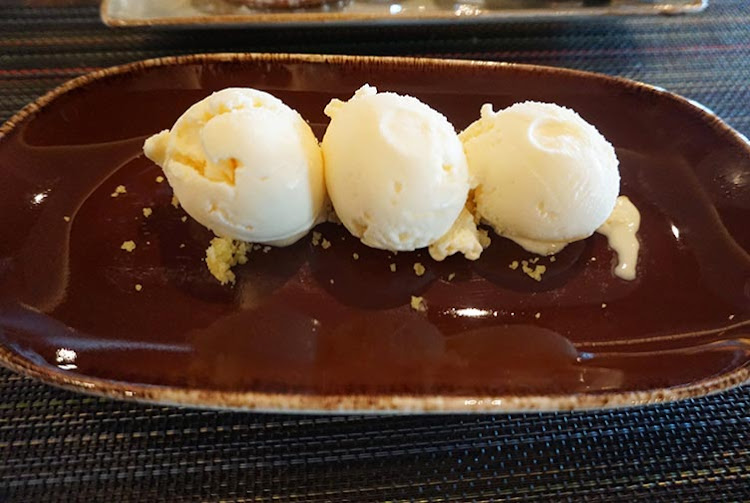 Los Lobos on Norwegian Bliss is open for dinner nightly from 5:30 to 9 pm. Reservations are highly recommended. You can pre-book reservations 90 days in advance using your online cruise planner, or you can book once onboard the ship.

The restaurant menu is priced a la carte. Most starters cost $3 to $6, with entrees ranging from $8 to $18; all sides are priced at $2 a piece, and desserts cost $3 to $4. Los Lobos does accept the Norwegian specialty dining package. If you use a credit from your package, you are normally allowed to order one starter, an entrée, a side and a dessert. Tip: It doesn't hurt to ask! In our experience, you can usually get additional starters and sides at no additional cost.

The restaurant is in a great location at the back of Norwegian Bliss right on the Waterfront. Whether you choose to dine al fresco or are lucky enough to secure seats near the back windows, the venue offers fantastic views. What it might lack in décor and theming, the restaurant makes up for with well executed dishes. During our next trip on Norwegian Bliss, we plan to dine at Los Lobos again with some friends so we can sample a greater number of dishes on the menu.