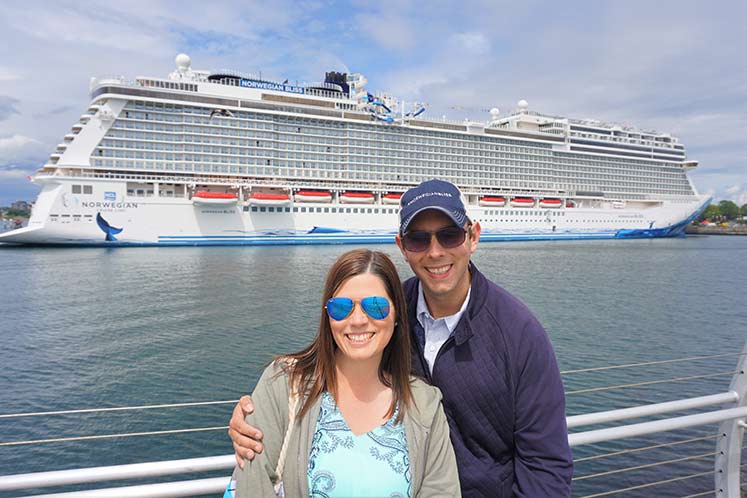 That's us in front of Norwegian Bliss during her inaugural sailing out of Seattle. We'll be back!

7 takeaways from the new Norwegian Bliss

Having sailed on the ship’s elder sister Norwegian Escape as well as other mega-ships in the Norwegian fleet, we had some reasonable expectations for this new vessel. After completing the three-day inaugural cruise from the ship’s new home in Seattle, here are our first impressions of Norwegian Bliss. 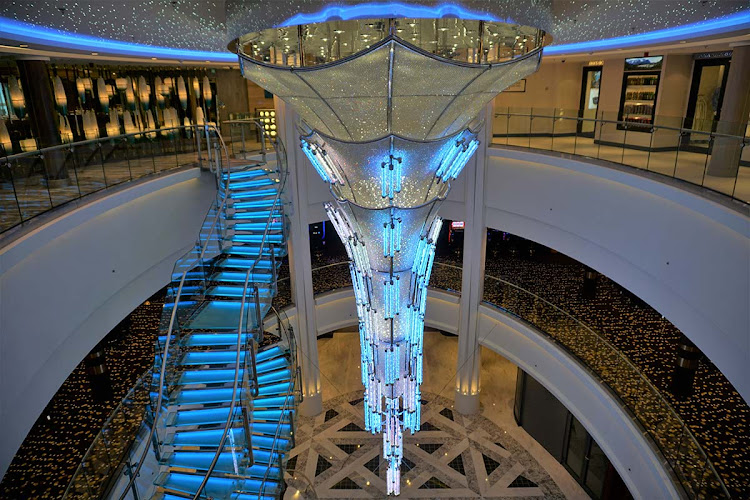 Norwegian Cruise Line has upgraded the décor found on its other ships in the fleet. Norwegian Bliss feels trendy and modern, from the massive Observation Lounge on deck 15 offering impressive views with equally stylish furniture to even the improved Garden Café Garden with bar height tables in the center of the dining room and more intimate seating arrangements that make you forget there are more than 4,000 other passengers on the ship. We could not help but feel this ship was just a bit more sophisticated than other ships in the fleet. 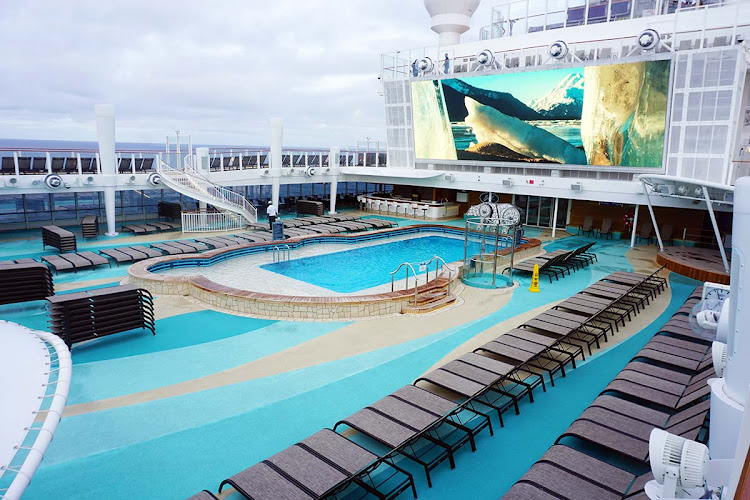 Don & Heidi Bucolo / Special to CruiseableThere's room to spread out on the redesigned pool deck of Norwegian Bliss. (Click to enlarge.)

One negative of Norwegian Escape was the awkwardly designed and tough-to-navigate pool deck. For a ship of its size, you couldn’t help but think there could have been more deck space and pool square footage. Well, the designers heard our pleas and totally redesigned this space to give Norwegian Bliss the expansive and wide-open pool deck that she deserves. The traffic flow is much better, and there are more pool loungers available near the pool. This is a win for everyone. 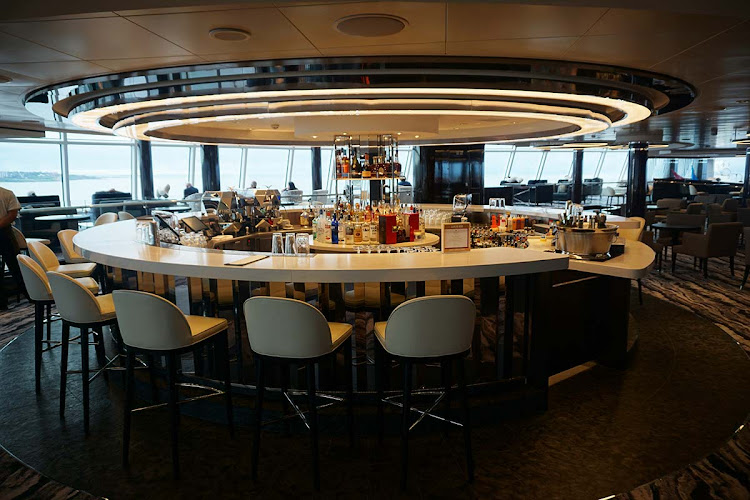 While Norwegian Bliss is larger than Norwegian Escape, it actually has fewer staterooms. This was mainly done to improve passenger flow and reduce congestion in venues like the Waterfront, the restaurants and Main Theater. We are fans of having more breathing room on the ship. With reimagined spaces and additional new venues like the Cavern Club, the Observation Lounge and Q Texas Smokehouse, cruisers have the opportunity to spread out and enjoy more of the great shows and events on the ship. 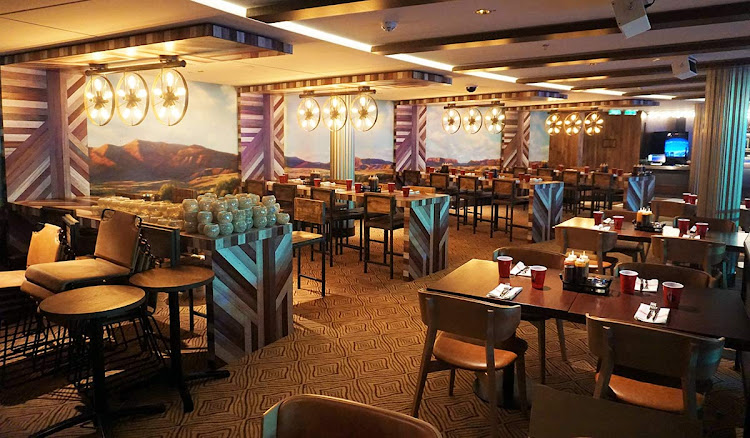 Don & Heidi Bucolo / Special to CruiseableThe inside of the brand-new Q Texas Smokehouse on Norwegian Bliss. (Click to enlarge.)

Norwegian's Freestyle approach to dining allows cruisers to dine where they want and when they want with several complimentary and specialty restaurant options. New to the ship is the Q Texas Smokehouse. This Southern-inspired barbecue joint had some of the best food on the ship. Couple this venue with our favorite tapas place from Norwegian Escape, the Food Republic, and you have specialty dining for the win. Not to be forgotten is the also new Los Lobos, an upscale Mexican restaurant that replaced the popular Brazilian steakhouse Moderno, and familiar favorites like Cagney’s steakhouse and Le Bistro. There is also the new Coco’s chocolate lovers’ heaven and the first ever Starbucks on an NCL ship. 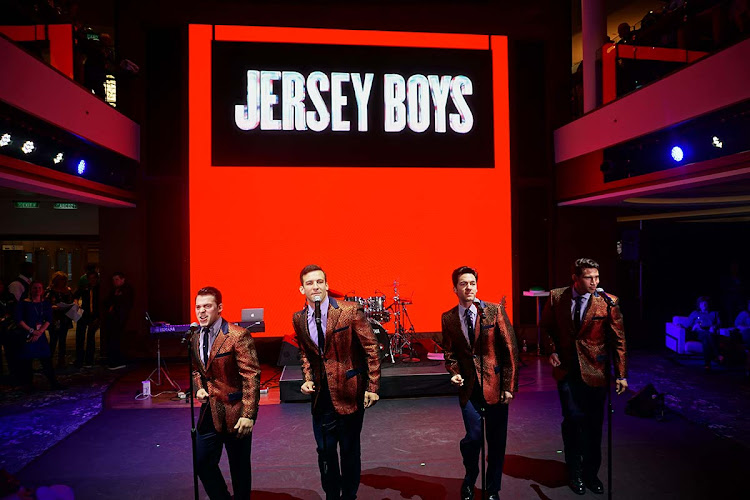 Norwegian Bliss offers two signature shows, “Jersey Boys” and “Havana.” When compared to the Broadway-style shows found on the line’s other large ships and competing vessels from the likes of Royal Caribbean, these shows are what we have come to expect from cruise ship entertainment in 2018.

These entertainment offerings are just some of the options, though. Additional complimentary entertainment includes two comedians, a Beatles cover band, the new themed parties Caliente and Nashville Nights and Lights, and other live music throughout the ship. Shh! You can also gain entrance to the new “Happy Hour Prohibition – The Musical” for a cover charge. 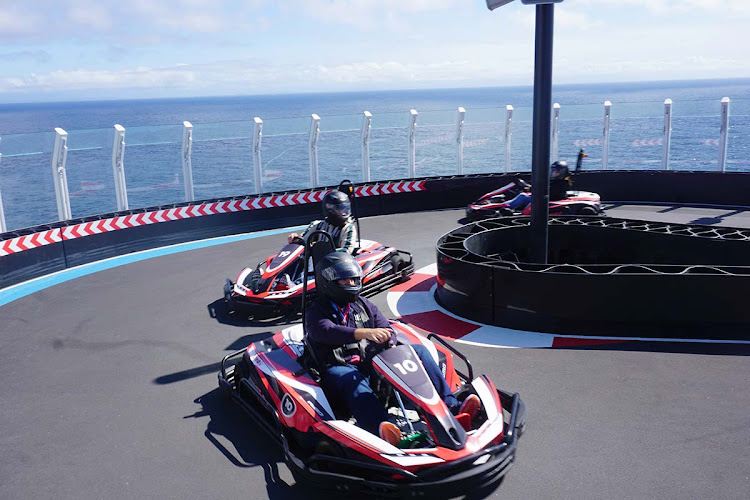 Don & Heidi Bucolo / Special to CruiseableGo-karts can zoom around the two-story racetrack at speeds up to 30 mph. (Click to enlarge.)

Family fun activities … for a price

The largest race track at sea and laser tag are just some of the family fun options available on Norwegian Bliss. The go-karts can zoom around the two-story track at speeds up to 30 miles per hour for a heart-pounding good time. A round of laser tag can be one of the most intense and fun-filled times you will have on the trip. While we recommend both of these experiences, they do come with a cost.

For the racetrack, the cost is just under $10 a person per ride. This means a family of four can spend almost $40 for the experience, which is really only eight laps around the track. Laser tag is a bit more reasonable, at $5 per person, but you still can rack up a large bill. Crowd control and flow are part of the reason for the upcharge, and we get that to some extent. Still, there has to be some accommodation to please more cruisers. 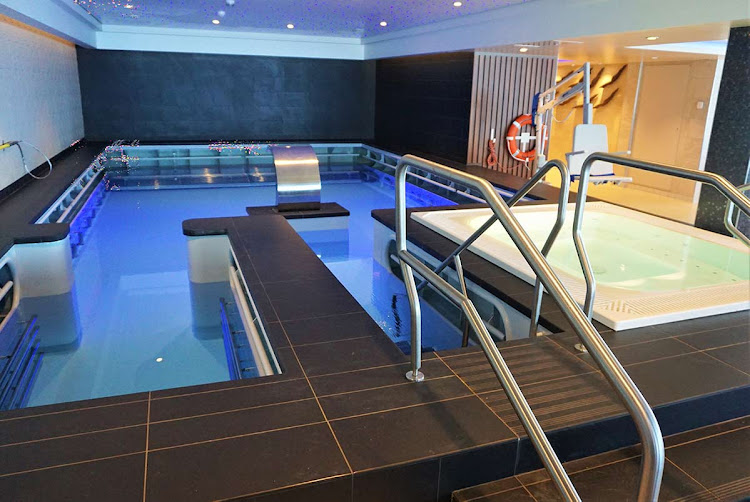 Don & Heidi Bucolo / Special to CruiseableA whirlpool and pool that are part of the Thermal Suites, available for a weeklong pass. (Click to enlarge.)

When it comes to cruising to Alaska, Norwegian Bliss is a breath of fresh air. It is the first ship built exclusively for the region from a major cruise line in a long time. The ship’s design, entertainment, food and attractions will make it a popular ship for years to come. Cruisers of all ages will find something they can enjoy aboard the vessel. Norwegian Bliss appeals to couples, families and even solo cruisers with the line’s exclusive studio cabins. A few days aboard Norwegian Bliss were not enough for us. Luckily, we have plans for a seven-night Alaskan cruise with some friends later this summer. Then we can really put the ship to the test!

Don and Heidi Bucolo were hosted guests of Norwegian Cruise Line. However, all of the opinions in this review are entirely their own. See Cruiseable's Ethics policy.