Montreal travel guide: What to do & see

With a mix of old-world European flavor and modern urban vitality, Montreal charms guests just by being itself. High fashion boutiques, cutting-edge art galleries, fantastic restaurants and cafes dot the city, and make Montreal the Canadian epicenter for all things cultural and trendsetting.

With a population of 1.9 million — and a total of 4 million in the metro area — Montreal is one of the liveliest, most vibrant cities in North America. If you're worried about a language barrier, you should know that most Montrealers speak both French and English.

As the centerpiece of the province of Quebec, Montreal mixes French and Canadian culture into a lively cultural and economic center for both the province and Canada itself. Whether you're looking for beautiful, historical and lush scenery, exposure to the arts or fabulous shopping, Montreal is sure to please you.

Cruise ships that call on Montreal

Many travelers flock to see the 17th to 19th century buildings and churches of Old Montréal that stand on cobbled streets while horse-drawn carriages stroll by just past the waterfront. The historic heart of Montreal is home to a selection of old French and Quebecois restaurants and cafes that live alongside art galleries and museums. Place Jacques-Cartier is the central square that draws crowds for the street performers, musicians and mimes who call it home.

The jewel of Montreal’s many parks is Parc du Mont Royal, where Mount Royal is located. It's the highest point in the city and offers the best views of the skyline. The hike is manageable: Mount Royal is 760 feet high. 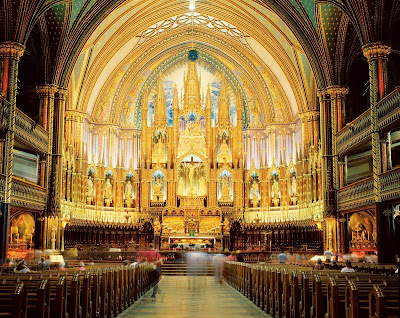 Located in downtown Montreal, this famous miles-long shopping street is constantly buzzing with locals and tourists. If you're visiting in the summertime, it's here that the annual Montreal Jazz Festival takes place, drawing enormous, music-loving crowds to this bustling area.

The Rialto Theatre (5723 ave du Parc) is one of the most iconic buildings in Montreal. Graceful and elegant, the Rialto hosts tours, events, plays, bands, movies and more. Check the schedule to see what's playing during your visit.

In the colder months when temperatures drop, the Underground City is a series of connected malls, restaurants, shops and hotels underneath the city streets that stretch over 20 miles and is accessible by several Metro stops. One of the largest underground complexes in the world, there are plenty of attractions in the city accessible from here, including universities and historical sites.

Site of the 1967 World's Fair, Parc Jean-Drapeau is now devoted to green spaces and a large outdoor concert venue. The Gilles Villeneuve racing circuit, home of the Montreal Formula 1 Grand Prix, an artificial beach, a huge outdoor pool complex and the Montreal Casino are all located on or around the park. 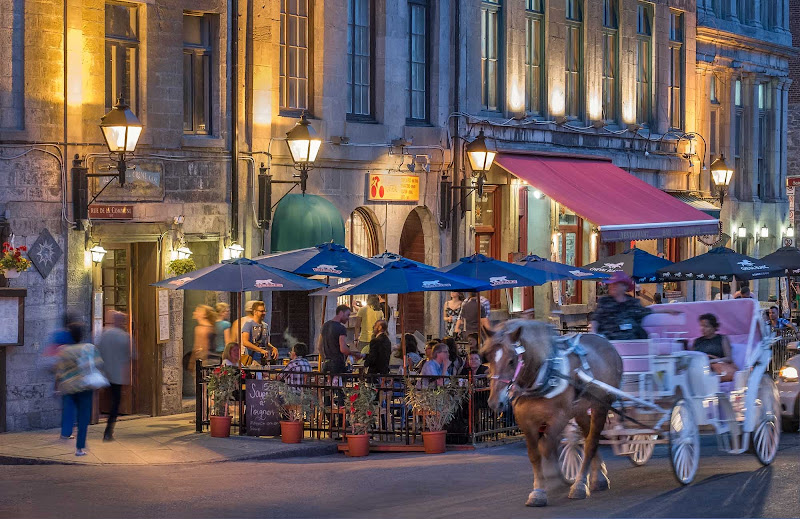 With a massive variety of ethnic cuisines and restaurants, Montreal is a foodie mecca, and it claims to have the most restaurants per capita in North America. There's something for everyone, whether it's French or haute cuisine, and the ethnic diversity of the city makes almost every type of food available. However, make sure local favorites like poutine (fries smothered in gravy and cheese curds), steak frites, fondue and café au lait are on your culinary short list.

With delis and bakeries and diners galore, Montreal offers great budget dining. Venues are scattered all over the city, but the largest concentration of restaurants is along boul Saint-Laurent, rue Saint-Denis and ave du Mont-Royal in the Plateau. Tasty and cheap ethnic food, lots of Indian buffets, can be found around the Jean-Talon market.

Two Montreal classics, poutine and the smoked meat sandwich, can make a filling meal for under $10. Pizza by the slice can be had for a toonie (2$), and there's always the option of rolling your own picnic with fresh produce from Marché Atwater or Jean Talon Market.

Several kosher restaurants can be found within a few blocks of each other on Queen Mary road not far from the Snowdon Métro station in and boul Décarie near Villa-Maria-des-Neiges in Côte-des-Neiges.

Montreal has warm summers and very cold, windy and sometimes snowy winters. July is usually peak tourist season, but any time of the year good to visit Montreal. However, those who wish to escape the cold should not visit from October through March. 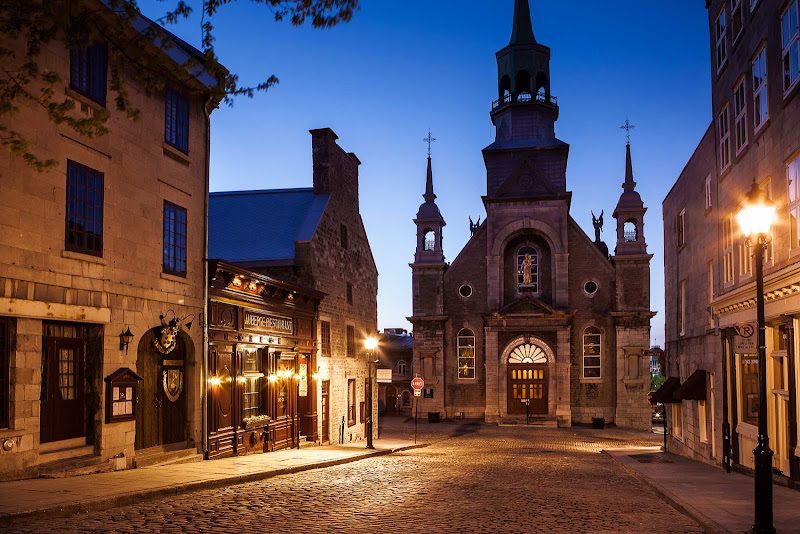 Cruise lines service Montreal at the Port of Montreal, with a variety of cruise lines accessing the port regularly.

Taxi, Metro & on foot: There are many public transportation options throughout the city, with the best options either taking a taxi or the Metro. Though labeled in French, the Metro is fairly easy to use, fast and makes stops all over the city. However, areas such as Old Montreal and parts of downtown should be experienced on foot. It’s much easier to walk in and out of stores, galleries, churches and restaurants as you please without hassling with transportation.

Get your bearings: Montreal has historically been divided into east and west by boulevard Saint-Laurent. Numbered addresses on streets that cross Saint-Laurent start there and increase in either direction; most addresses are given as "rue ____ Ouest" (west) or "rue ____ Est" (east). Many streets are named after Catholic saints and figures from local history, both well-known and obscure. Note that in Montreal street names, "east" and "west" refer to the direction parallel to the St. Lawrence River, and "north" and "south" refer to the direction perpendicular to the St. Lawrence River.

Neighborhoods: To the city's south lies Old Montreal (Le Vieux-Montréal), with narrow streets and buildings dating from the 17th and 18th centuries can make you feel like you're in Old Europe, and the Old Port (Le Vieux-Port), a waterfront strolling park with exhibits and boat tours that is popular with locals. To the north, the Golden Square Mile and the McGill University Campus are wedged between Mount Royal and Sherbrooke Street on the southern slope of the mountain. Just west of downtown is affluent Westmount, with 19th-century English-style homes and gardens (inhabited to a great extent by English-speaking people) climbing the slopes of Mount Royal's western part. Just east and northeast of downtown are the mostly French-speaking Gay Village (Le Village Gai) and Plateau (Plateau Mont-Royal) districts.

Language: Although many residents speak English in Montreal, the native tongue is French.

Safety: Montreal shares Canada's low violent crime rates, making it relatively safe. However, property crimes, including car theft, are high, so be sure to lock your doors and keep your valuables with you. Take extra care if you want to visit the sketchy neighborhoods of Montréal-Nord or Saint-Michel, though there's little for visitors to do there.

Have you visited Montreal? Encounter any language barriers? What was the highlight for you? Have any tips for newcomers? Would love to see your photos and hear about your experience.

“If someone comes to town and wants a local experience, Byron says, we send them to Grumman '78, where sophisticated takes on Mexican classics — banh mi tacos, escargot quesadillas — are served in a converted garage off the tourist track in St.-Henri. ”

“Montreal's a fantastic city for food all year round. In the Golden Square Mile, there's a place for every budget. You can dine at the restaurants of international star chefs such as Daniel Boulud, whose Maison Boulud is in the Ritz-Carlton Hotel, or eat for $5 and have great Ethiopian food. And even though I have lived in New York City, I think Montreal has the best bagels.”

“You can literally see all the layers of the city's history at the Point-à-Callière archaeology museum in Old Montreal.”