Say Greece and you conjure images of classical monuments and white-washed fishing villages bathed by that magical Greek light and set against a backdrop of azure seas. Located at the nexus of three continents, it’s been part of many empires and is often considered the birthplace of Western civilization. Its politics, philosophers, culture and art formed the foundation of modern thought and political structure.

Its history spans four millennia with plenty of attractions. But Greece isn’t just about culture and history. Its Mediterranean languor, benign climate and balmy seas have a special allure. While Greece has made huge commercial and technological strides. What had been a mainly agrarian nation famed for things like its legendary olive groves, beaches and political coups is now a sophisticated society where cell phones outnumber land lines and Wi-Fi hotspots seem universally available. But it’s still a must-visit destination for the easy-going traveler.

The center of Greek life for thousands of years, the capital city of Athens is most famous as the location of the Acropolis, where the ancient temples resided and philosophers and artists made their home. The Parthenon is the most famous of these temples, but there is plenty to do in the city beyond the ruins, whether you're looking to explore the archeological museums, visit the National Gardens or take in some shopping and the local flair. 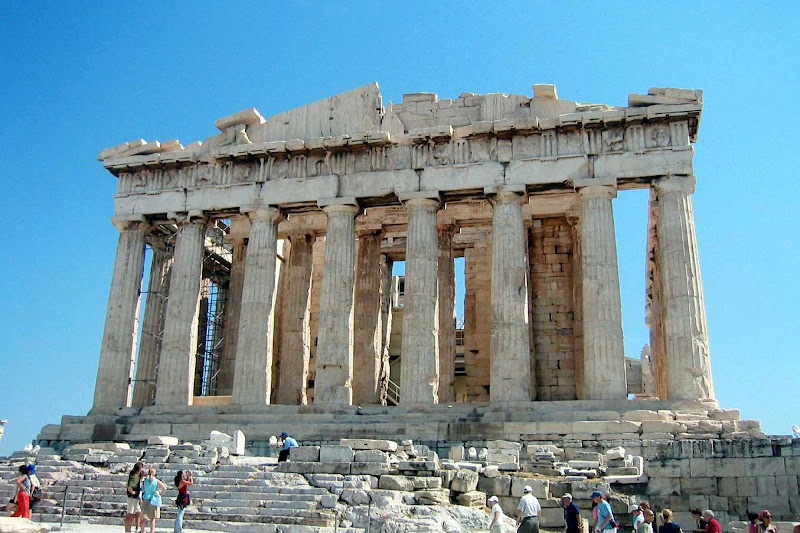 Most famous for its white-walled buildings and blue roofs, Santorini is popular as a wedding and honeymoon destination and as just a must-see stop on any couple's bucket list. This island perched next to a volcanic crater and features breathtaking scenery of the Mediterranean as well as its unique buildings along the coastline. Be sure to take in a sunset, which is one of the most breathtaking in all of Europe.

Rhodes is famous for having some of the oldest Medieval settlements in Greece. The Old Town is a UNESCO heritage site and features ancient palaces, windmills and monuments. Be sure to visit the island's archeological museum to get a taste of the island's unique history, including as the former location of Colossus, one of the seven ancient wonders of the world.

If you want to take in some of the most exquisite beaches and natural scenery in the world, be sure to visit the island of Crete. The largest of the Greek islands, there are beaches ranging from white sands to rocky shores, and everything from nude beaches to family-friendly locales. In addition to the island's breathtaking natural wonders, there are also museums of the history of the island, olive and grape harvesting and extensive festivals and celebrations. 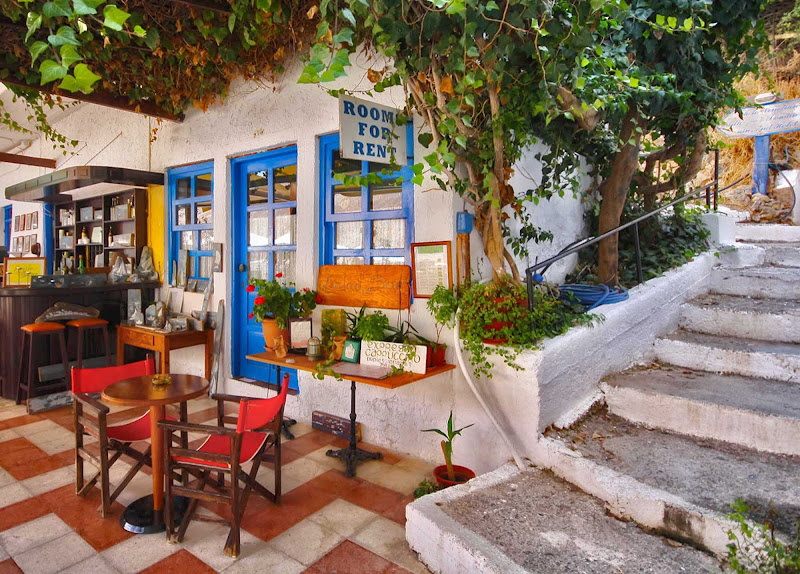 Greek food is one aspect of its culture: the Greeks are social diners. The food is also fresh — Greeks expect it. Your best bet is go where the locals go. Those classic Greek tavernas can be fashionable or a very basic beachfront restaurant under a reed canopy. Typical fare is mezédhes (hors d'oeuvres) or orektiká (appetizers) and tís óras (meat and fish, fried or grilled to order). Be sure to try the lamb, spanakopita and moussaka — three traditional dishes of Greece. 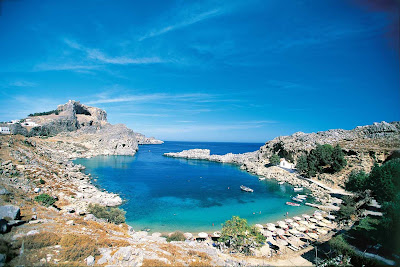 Courtesy of Norwegian Cruise LineExplore the beautiful beaches and rugged coastline of the Greek island of Rhodes.

Mid-July to the end of August is peak season, with soaring temperatures and crowds. June and September are good times to visit, as the weather is still warm, especially in the islands. Mid-October can be stormy, but most of that month is still Greece’s summer and it’s an especially lovely time of year in Crete and the southern Dodecanese. Autumn in general is a beautiful time to be in Greece; the weather remains lovely and there are fewer crowds. However, some islands and parts of Greece are open only during summer months.

When it comes to getting around on land, your choice is bus or car; there are few trains, except for the excellent Athens-Pátra and Athens–Thessaloníki lines. Renting a car in Greece is impractical and risky, particularly due to the high accident rate in the country. Many cities are walkable, and anything else can be supplemented by a taxi.

Ferries, catamarans and hydrofoils shuttle visitors to the islands, but an internal flight between Rhodes and Athens can cut a 28-hour ferry trip down to a two-hour flight.

Documents: All U.S. and Canadian citizens will need a passport.

Store  hours: Opening hours vary drastically, particularly from season to season, as summers tend to be more popular. Stores are typically open from 9 a.m.-1:30 p.m. and again from 5 p.m.-9 p.m. Mondays to Saturday.

Tipping:  Between 5-10% is customary. Some restaurants will round-up the bill, so you should check this before tipping. Also you can expect a ‘service charge’ or a ‘cover charge,’ which is the price of bread and water.

Safety:  In general, Greece is very safe, although in recent years it has experienced economic turmoil. As in most countries, make sure you leave your valuables in a safe place and make sure to watch out for pickpockets.

Have you been to Greece? Tell us about your experience in the comments below.