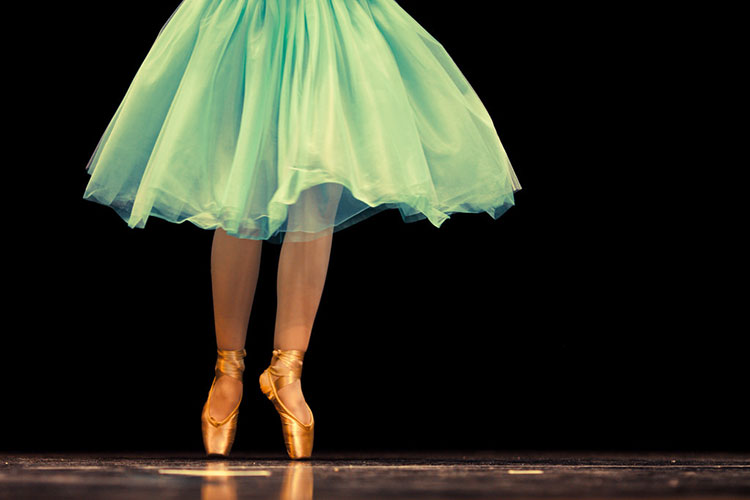 Silver Muse will offer classic ballet recitals on voyages in August 2018 and March 2019.

While just sailing in the lap of luxury on any Silversea vessel is a trip in itself—with personal butlers, fine food, attractive suite-size accommodations, gratuities, WiFi and wine and spirits all included in the fare—being able to enjoy ballet and opera takes the experience to another level.

Silversea has announced it's offering a superb suite of theme cruises called Enriched Voyages, featuring opera performances by the world-renowned Accademia Teatro alla Scala and classic ballet recitals by soloists from such legendary companies as the State Academic Bolshoi Theater of Russia. Along with lectures and Q&A sessions, guests will have the chance to mingle with the artists at a signature cocktail party.

"We are thrilled and honored to welcome such extraordinary talent from the performing arts," said Barbara Muckermann, Silversea's chief marketing officer. "I know our guests on these exclusive voyages will be both enriched and inspired by the exceptional onboard entertainment experience."

Based in Milan, Italy, Accademia Teatro alla Scala (La Scala Theater Academy) is one of the world's foremost performing arts academies. Its internationally renowned performers and instructors offer the highest level of artistic education for aspiring and gifted singers, dancers and musicians from every corner of the world.

Four soloists from its Academy of Lyric Opera and a piano accompanist will perform a selection of the genre’s most beautiful librettos for the enjoyment of Silversea guests aboard the following sailings:

Daria Khokhlova and Artemy Belyakov, acclaimed ballet soloists of the State Academic Bolshoi Theater of Russia, one of the world's most renowned ballet companies, are returning to Silversea for an exclusive engagement aboard Silver Muse's Aug. 19, 2018, sailing from Venice to Monte Carlo. The 10-day voyage will visit Opatija, Dubrovnik, Valletta, Trapani, Olbia, Portofino and Livorno. Early Booking Bonus fares start at $6,480 per guest.

Interested in one of these cruises? Contact a Cruiseable travel consultant at no fee, either by email or phone 1-877-322-3773.