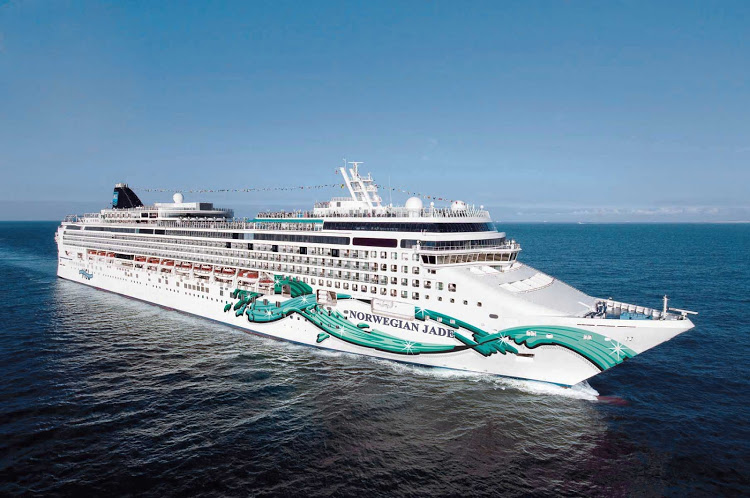 Norwegian Jade: The large round domes atop cruise ships are protective shells that encase free-moving antennas that transmit satellite communications.

When boarding, passengers need to turn their smartphones into a brick

In July, I wrote about the eye-popping overage charges I supposedly ran up during a weeklong Windstar Cruises sailing in the Caribbean. Cellular at Sea hijacked my smartphone cellular signal and ran up charges of $1,825 without my permission. (See Are maritime carriers hijacking your smartphone when you're on a cruise ship?.)

Today I received my monthly AT&T bill after my last cruise, on Norwegian Jade, last month. I signed up for Internet on board and signed up for AT&T's Passport international data plan: $50 for 1GB and unlimited messages — which was easy and problem-free.

Here's the monthly bill I just received for my iPhone 7:

My guess is that the same thing happens every day to tens of thousands of cruise passengers in the U.S. & around the world

$177.64 for 22MB of data transfer on the evening of embarkation day and the following morning. The bill doesn't explain what "International Maritime CL, CS" is, but presumably it's Cellular at Sea.

How did I use my phone?

If you're wondering how I used my phone on board during that first day: I didn't. I just brought it on board and forgot to turn it off.

For this oversight, I'll be paying $177. (I understand that satellite transmissions are far more pricey than cellular transmissions.)

My guess is that the same thing happens every day to tens of thousands of cruise passengers around the U.S. and the world.

It's a racket, it's wrong, and it needs to stop. The cruise lines would do their guests an enormous service by reminding them, in advance of the muster drill, that they need to turn their smartphones into a brick. (As I wrote in July, just turning off cellular and cellular data isn't enough.)