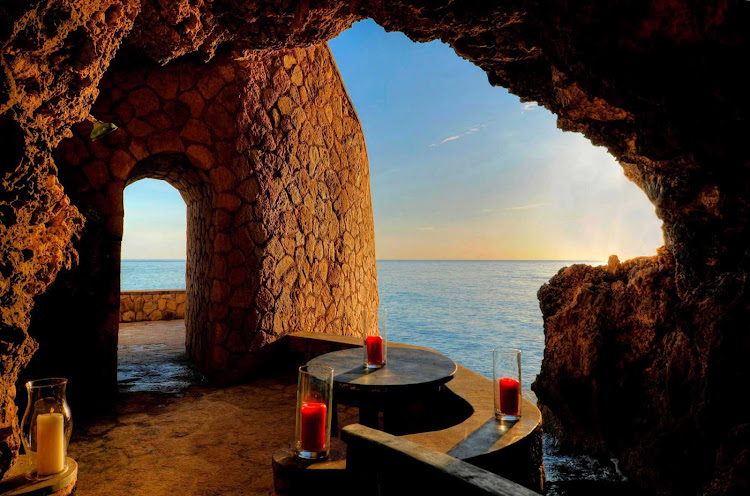 Perched on the cliffs overlooking Negril's scenic West End in Jamaica, Blackwell Rum Bar is a sight like no other. The cave, created from two limestone grottos, offers a full open bar. (Talk about your man cave!) Order any drink, but make it rum.

These rum brands will take you straight to your happy beach

Rum — made by distilling sugarcane and sugarcane byproducts, such as molasses — was first made in Barbados at some point around the 17th century, and grabbing a barrel or few quickly became a tradition for sailors passing through.

Today, rum is the second largest spirits category in the world and a staple beverage for anyone spending time in the Caribbean. You could spend weeks exploring the distilleries dotted throughout the Caribbean during shore visits: tasting the amber delights of rhum agricole at Neisson, La Favourite and St. Nicholas Abbey on Martinique, or pocketing sticky sweet Tortuga Rum cakes to take home from the Cayman Islands.

Many small production Caribbean rums are hard to find, but these widely available brands will take you straight to your happy beach, even when you’re not on a cruise. Clip 'n' save these 5 rum cocktail recipes born in the Caribbean.

Established in 1794, Appleton Estate is Jamaica’s oldest continuously running rum distillery. At its sun-drenched St. Elizabeth parish terroir in the Nassau Valley, estate grown and harvested sugarcane is batch distilled on property in copper pots and aged in oak barrels for up to half a century before Master Blender & Distiller, Joy Spence — the industry’s first female Master Blender — works her magic. Bright, bronze-colored Appleton 12 Year Old Jamaica Rum, with its flavors of vibrant orange peel, creamy vanilla, coffee and molasses, should be enjoyed neat. Signature Blend, crafted with 15 differently aged rums, is great for cocktails. Appleton Estate even has a 50-year-old crafted rum set aside during Jamaica’s independence in 1962. 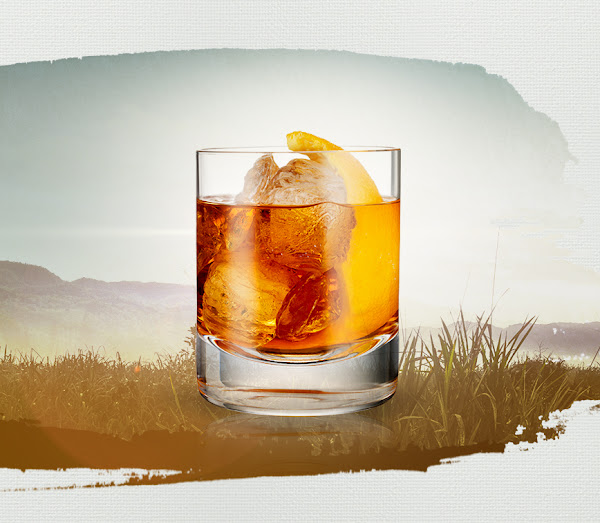 Add ingredients into a chilled, ice filled mixing glass. Stir 16 times and then strain into a chilled coupette glass. Finish with the twist of orange peel.

Don Facundo Bacardí began making rum for the people of Cuba in 1862. Today, Bacardí and its iconic bat logo — a traditional symbol of good fortune adopted by Doña Amalia Bacardí after discovering molasses-seeking fruit bats in the family distillery — is probably the world’s most recognizable rum brand. Bacardí is also said to be the starting point of one of the world’s best-known cocktails. The story goes that in to celebrate the end of the Cuban War of Independence, American Captain Russell ordered a Bacardí Gold rum and Coke with lime and gave a toast, “Por Cuba Libre” (For a Free Cuba), and the original Cuba Libre was born. 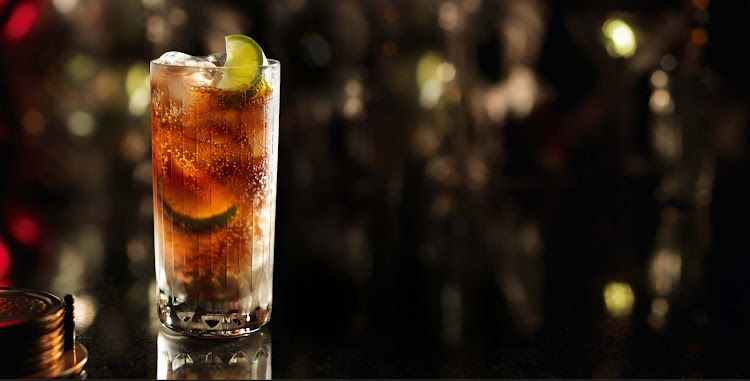 Squeeze lime wedges into a glass filled with ice. Add Bacardí, top up with cola, and enjoy!

From 1655, sailors in the British Royal Navy were issued a daily ration or “tot” of rum by the ship’s purser, a word the sailor’s later coined as “Pusser”, until the admiralty decided in 1970 that encouraging sailors to drink on duty might not be the best idea. Keen to revive the pusser’s experience (if not the tipsy naval tradition) sailor/raconteur Charles Tobias began making Pusser’s rum on Tortola in the BVIs in 1979 — the dark amber Blue Label, with notes of demerara sugar, dried fruits and island spices, and slightly stronger ‘Gunpowder Proof, are both inspired by the blending recipe last used when the Royal Navy discontinued its daily ration. Whether you choose to raise a toast to “The Queen!” as the sailors did while imbibing is entirely up to you. 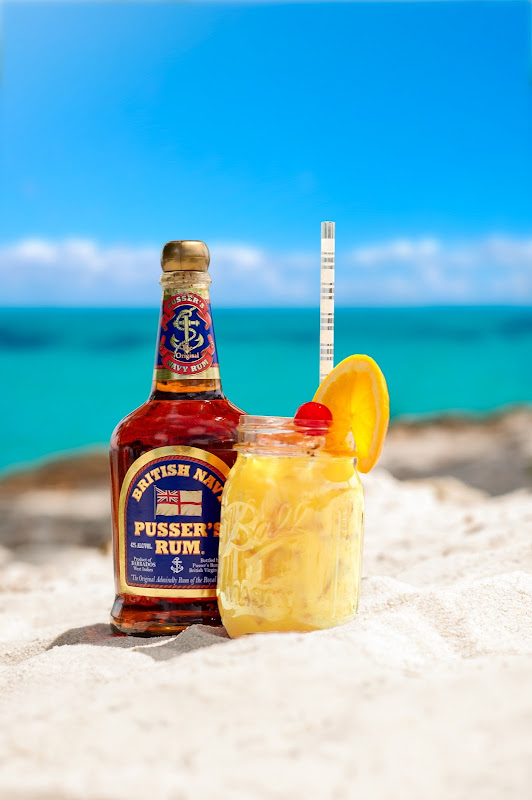 For instant relief, shake liquid ingredients vigorously in a cocktail shaker, pour over ice and add grated fresh nutmeg. (Depending on the severity of the pain, you can also make Painkiller 2, 3 or 4, multiplying the the relative amount of Pusser’s Rum as you go.)

In 1865, Don Juan Serrallés, the son of a Spaniard who had settled in the area, produced his first few casks of rum at the Hacienda Mercedita sugar plantation on Puerto Rico’s southern coast. Six generations later, the Serrallés family are still distilling, and the Don Q portfolio has grown to five rum blends and four flavored rums. Reserva de la Familia Serrallés is a dark, amber blend crafted from the best samples from 36 barrels set aside in 1994. Don Q 151° — a 75% ABV blend of heavy and light rums, each with a minimum of 3 years of aging — is a great base for tropical and Tiki drinks. 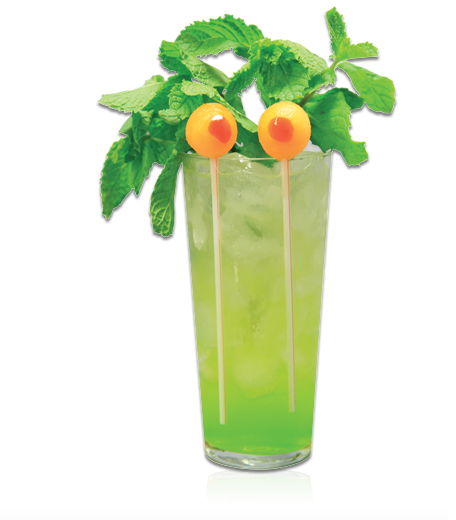 Add Limón and pineapple juice to the mixing glass. Add ice and stir for five seconds or so before pouring into a glass filled with crushed ice and pour. Garnish with mint and slowly drizzle with melon liqueur to create a layered effect.

Mount Gay — named for St. John Gay, a contemporary Barbadian parliament member — was established in Barbados in 1703 on a hilltop in St. Lucy. It’s still made in that exact same location today, establishing Mount Gay as one of the world’s longest running production rums in the world. Each batch is matured in charred white oak barrels, barrels which previously held American whiskey, and left to age — due to the Caribbean’s variable climate, one calendar year can technically age a rum as much as three years, or as little as nine months — before master blenders combine single- and double-distillates for the perfect taste. Mount Gay Rum Extra Old, a silky smooth blend of rums aged from eight to 15 years, has rich vanilla and caramelized banana aromas; handcrafted small-batch Black Barrel has aromas of spice, toasted wood and rich fruit with oak, vanilla and burnt caramel flavors. 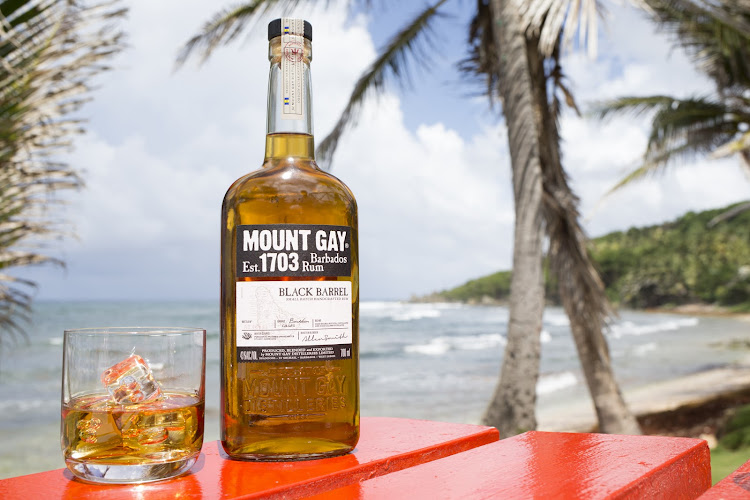 Muddle the sugar and bitters in mixing glass. Add rum, ice and stir. Strain into a rocks glass over ice and garnish with an orange peel.

Editor's note: The above brands are not sponsors of Cruiseable, and businesses cannot influence editorial coverage. See our Ethics and disclosure policy. Also: drink responsibly!