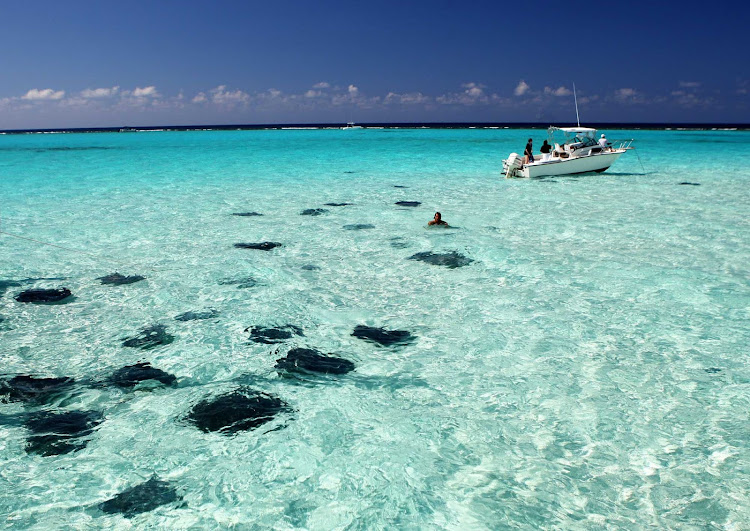 Stingrays come out in full force at Stingray City near Grand Cayman Island.

There are no billboards, no towering extinct animals, no mysterious signs along the highway. In fact, there is no highway. Grand Cayman has roadside attractions that are easy to miss along the winding road from where you arrive at the cruise port in George Town to the island's beaches.

The Cayman Islands' main island makes for one of the most popular cruise ship destinations in the Caribbean, thanks to the its sumptuous Caribbean basics of sun, sand, snorkeling and scuba, plus the popular sea-based petting zoo for stingrays at Stingray City (pictured above).

But while the throng heads to Seven Mile Beach, there are some overlooked attractions right around the corner that can separate you from the masses. These small roadside getaways are more than just a pleasant diversion: They'll give you a deeper appreciation for the Caymans' fauna, flora and history.

Here are four roadside attractions that may not be on your cruise ship's suggested list of things to do on Grand Cayman: 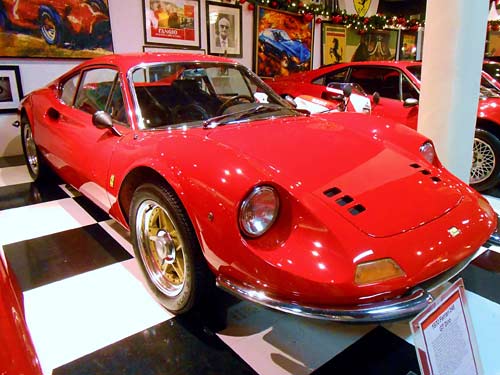 You might be familiar with the Porsche Cayman, a two-seater sports car derived from the Boxster Roadster with a top speed of 171 mph. Grand Cayman, on the other hand, is a tiny island with beach paths and curved roads with a top speed of 50 mph on the east end. Despite that, the island is home to an antique car museum, the Cayman Motor Museum.

Only 20 minutes from the cruise terminal, the museum was established by wealthy Norwegian businessman Andreas Ugland to house his exotic and classic cars. The main treasure at the museum is an original Batmobile, from the original '60s TV show "Batman." Europhiles, too, will be pleased to find Queen Elizabeth's first limousine. Speed freaks can marvel at the Ferraris, Maseratis, Corvettes and Jaguars. If your family includes an automobile history aficionado, there is the 1886 Benz, the first car ever produced. The Cayman Motor Museum is a great diversion for any kind of day, rain or shine. 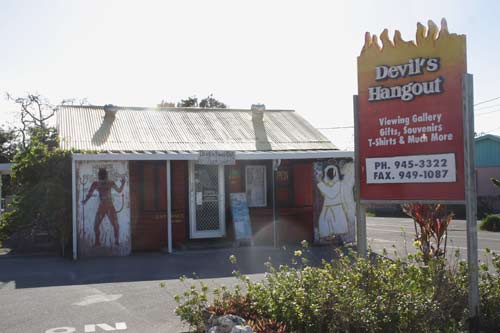 Hell, Grand Cayman, is a small town in the West Bay area. Liars and legends alike tell tales of how Hell got its name. It could have been an English commissioner, hunting for birds in 1930, shot and missed, yelled, "Oh, Hell!" and the name stuck. Or it could be the rock formations, pockmarked pointy forms that resemble a vision of hell.

Hell may be the closest thing to a tourist trap in all of Grand Cayman. It's quite literally a bunch of rocks with a great name. Ivan Farrington, a local proprietor, took it to its logical extremes. He dresses up like a child's Halloween version of the devil, donning plastic horns and a cape. He takes pictures with tourists in his aptly named Devil's Hangout Gift Shop.

Walk over to the small wooden platform, with a good view of the aforementioned rocks that resemble hell, then head inside the red painted wooden gift shop. The small, ramshackle building caters to lovers of irony. You'll see T-shirts with slogans like “I've been to Hell and all I got was this lousy shirt” or “To Hell and back!” The most popular activity is to send a postcard from Hell to a loved one or a nemesis.

You can even get a stamp in your passport to show every immigration officer in the world that you went then subsequently returned from Hell, and didn't overstay your visa. Heck, why not? It's all in good fun, but if you're feeling a little too devilish, a number of churches sit around the corner to make up for any sins. Thankfully the road to Hell is paved in asphalt so it's easy to get there. 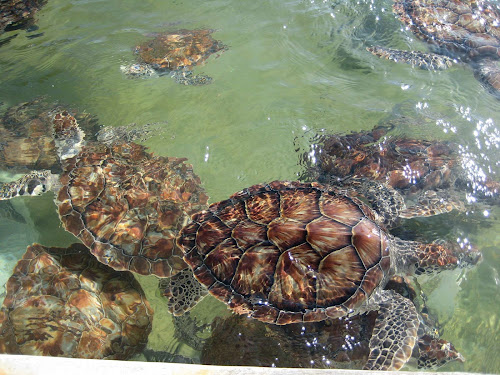 Christopher Columbus originally named the islands Las Tortugas because of all the turtles he saw on the island. Now the Green Sea Turtle is endangered but has an ally in the struggle against extinction. The Grand Cayman Turtle Centre specializes in research, awareness and conservation efforts. The turtle farm is informally broken into two parts. In the front half, visitors can hear a lecture on conservation of turtles and turtle eggs while the back houses a water park with a natural swimming lagoon.

A large turtle pool is home to hundreds of beautiful sea turtles. One of the most fun areas are the touching tanks in the center of the farm. These are clearly marked and monitored open-ended tanks of turtles that anyone can pick up if you know how to handle them correctly. Rub its throat to keep it calm or give it a little peck for an Instagram photo before putting it back in the water. Make sure to do it gingerly so its little turtle legs don't splash you.

There are turtles for all sizes so moms and dads can join in the fun with even the smallest kids. If you go prepared with a bathing suit, you can wade into the center of the tank with a trained expert. Definitely one of the roadside highlights on Grand Cayman. 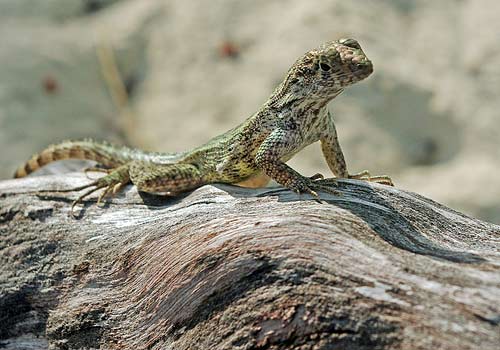 Along the road to Hell is Cemetery Beach. Named for the quaint cemetery sitting between the road and this hidden oasis of nature, it's quite a chilling experience to stroll past a real cemetery and venture forth into an absolute paradise. The beach, popular among locals, offers no amenities or rentals but plenty of what Grand Cayman is famous for. Its bare bones ambience caters to those looking for a ripped-from-a-postcard experience. A beach with ample sun and sand. There are weekenders and locals and cruisers alike, just not hordes of them.

Cemetery Beach features one of the top snorkeling locations on the island, yet there isn't a kitschy Caribbean restaurant in sight. The best snorkeling lies 100 yards off shore, so make sure to come prepared for a swim. Catamarans regularly stop to anchor off shore but never crowd the beach.

Taxi drivers won't believe you at first if you tell them you want to go, but be insistent and they'll take you. The local bus is the cheapest way to go, with two different routes available. It feels like you're being let in on a secret. A few chickens roam free along this public beach, which abuts multimillion-dollar homes. A grocery store is within walking distance if you need a bite to eat, and a public park is around the corner.

Cemetery Beach is a tourist's reward for going through hell to get here. For those who are up for the challenge, pure paradise awaits.

Grand Cayman may be the last place you'd think about when it comes to roadside attractions. When everyone else flocks to Stingray City, consider exploring some roadside pleasures in odd little places. Maybe you'll find a gem in the rough: a shiny old car, a devilish playground, a turtle to kiss or a paradise just beyond a cemetery.

Have you been to Grand Cayman? What was the highlight for you? Share away in the comments.

Updated from an earlier version.