Grand Cayman: An island with everything

Just 90 miles south of Cuba, Grand Cayman remains the largest and main island of the three Cayman Islands. From the moment you arrive you'll be caught up by the idyllic weather, sun-kissed beaches, colorful rhythms, tantalizing cuisine, restless nightlife and a shopping frenzy unlike any other destination. Get ready to feast your eyes on a Caribbean beauty, where barefoot luxury is not only needed but a must.

Populated with more than 50,000 people, Grand Cayman's 76 square miles are draped in opulence, where sugary shores, attractions and Caribbean architecture complement the profound culture of the island. George Town, the capital, offers the most tourist facilities.

Besides its robust economic activities, Grand Cayman offers a superb climate and plenty to do. Two popular choices include Stingray City and the Cayman Turtle Farm. So explore, or just relax. 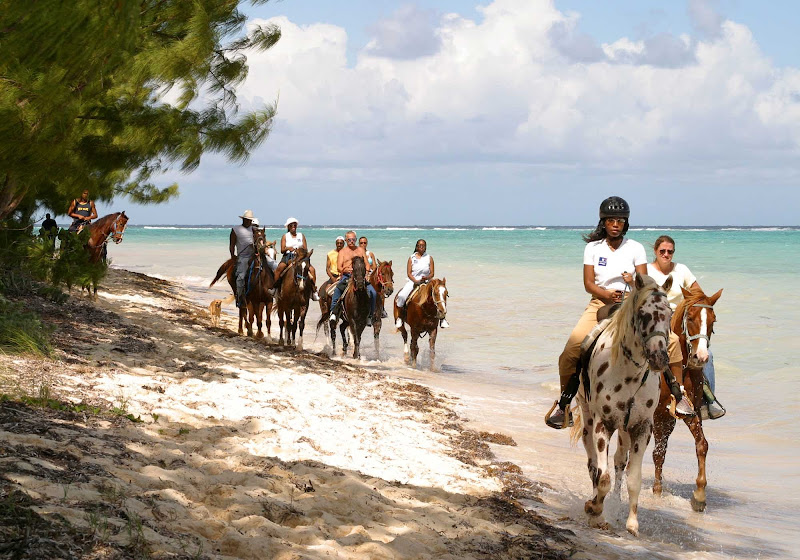 Things to see & do on Grand Cayman

The tropical ambiance of Grand Cayman exudes everything Caribbean from the exuberant Batabano celebration to the Cayman Islands National Museum, which is filled with exhibitions. Grand Cayman Sting Ray City and Turtle Farm are an absolute aquatic adventure for vacationers wanting to cozy up to alluring sea creatures.

Breathe in the salty air of Seven Mile Beach, which beckons travelers to its sandy shores, dubbed the “Ultimate Beach” by Caribbean Travel + Life. The beach not only offers great aquatic thrills but the perfect scenery to go horseback riding or discover memorable sunsets.

Grand Cayman is also known for its spectacular shopping ventures.  Fashionistas will enjoy world-class shopping on the streets of George Town. From duty-free designer wear to local handicrafts, there is something for every pocket and taste. As the sun fades behind the Caribbean Sea, the nights of Grand Cayman come alive with the sounds of local music and clinking glasses in the beach bars along Seven Mile Beach. 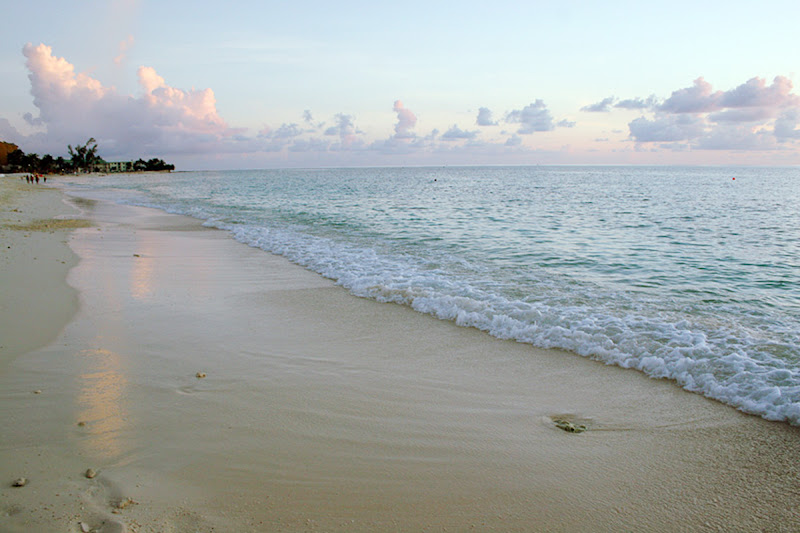 Known as the “culinary capital of the Caribbean,” Grand Cayman offers a plethora of delectable cuisines infused by Jamaican in addition to other exotic flavors, drenched in spices like jerk seasoning and curry. From the delicacies of the sea to local dishes, its restaurants are expected to charm the taste buds of any food connoisseur. With many restaurants dotted along the beach, they consume the air with their aromas from foods like jerk chicken, conch, cassava, mahi and plantain. 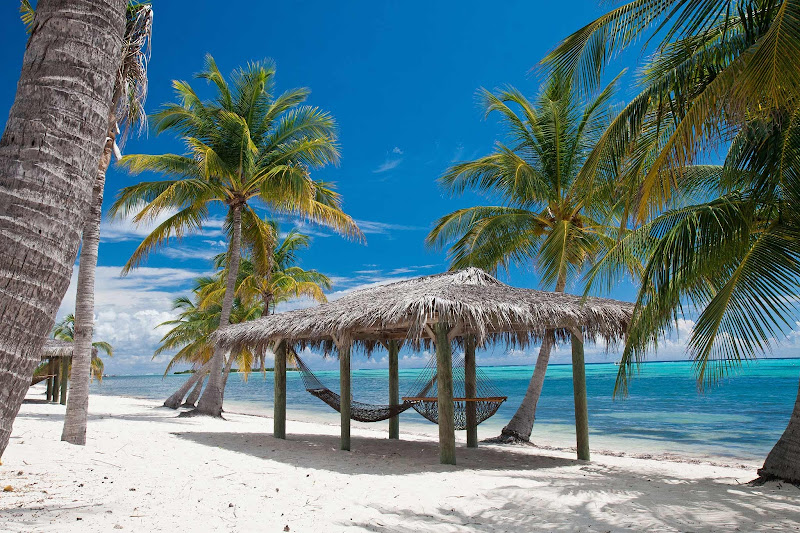 SF Brit / Creative Commons BY-NDFlop into a hammock on the beach on Little Cayman.

Taxis are typically available at the cruise dock. Rates are fixed and posted, but be sure to confirm the fare before the driver takes off. Most taxis are actually van-sized and part of a shared ride system, and drivers will require a four passenger minimum before they’ll take you anywhere.

Minibuses shuttle passengers along the main routes. Licensed buses are identified by blue licence plates. To hail a minibus, respond with a wave when the driver honks. Fares start at CI 1.50 (Cayman Islands dollar) per person per ride. 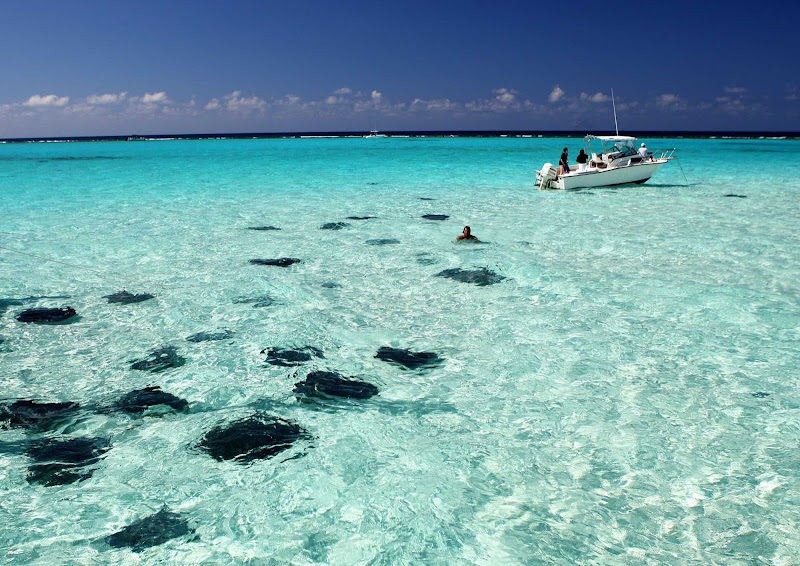 Language: British English is the most commonly spoken language in the Cayman Islands, albeit with a distinctive Caymanian dialect.

Currency: The official currency is the Cayman Islands dollar (CI$), permanently fixed at an exchange rate of CI$0.80 to US$1 (CI$1 equals US$1.25). Cayman dollars and U.S. dollars are accepted throughout the islands, although you'll usually get changed in Cayman Islands dollars even if you pay with US dollars.

Store hours: Most stores keep regular business hours of 9 am to 5 or 6 pm Monday to Saturday, and are closed on Sunday.

Tipping: Most service establishments will add a 15% gratuity to your bill automatically so check carefully. Taxi drivers also expect a tip, typically 10% to 15% of the total fare.

Safety advice: The Cayman Islands are a relatively safe area, including the city of George Town. As always, keep your valuables locked up and be aware of your surroundings.

Have you been to Grand Cayman? Please share a story, tip or discovery. What was the highlight for you? Please share in the comments below.

“If you've never seen a blue iguana, go to the Queen Elizabeth II Botanic Park. They are so blue, it's comical. Depending on their mood, if they get fed a grape or banana, they can turn an even brighter blue. They're personable, if you can personify a reptile.”

“On Seven-Mile Beach, the Ritz-Carlton Grand Cayman immerses kids in nature through its Jean-Michel Cousteau Ambassadors of the Environment program. Excursions might be a night snorkel or a visit to a breeding center for the endangered blue iguana.”

“The Kittiwake is like no other ship in the history of wreck diving.”

“Cayman is blessed with so many great restaurants. For Italian, we go to Ragazzi for spaghetti and meatballs. It has that family-friendly atmosphere. Peppers is run by a Jamaican friend of mine. It's local, but Jamaican food. Great vibe and reasonable prices.”