Tahiti travel guide: What to do & see

Tahiti, the main island of French Polynesia, is almost like two islands in one: the main area of Tahiti Nui, home to the bustling port of Papeete and major tourist attractions; and Tahiti Iti, a laid-back region of small villages, lush mountains and quiet beaches. You can shop for black pearls and mingle with the locals in sidewalk cafes, snorkel and dive in clear lagoons or just stroll along a black sand beach.

Cruise visitors will discover a tropical paradise of sparkling lagoons, emerald mountains, white and black sand beaches and a pleasing mix of Polynesian and French culture.

Cruise lines that call on Tahiti 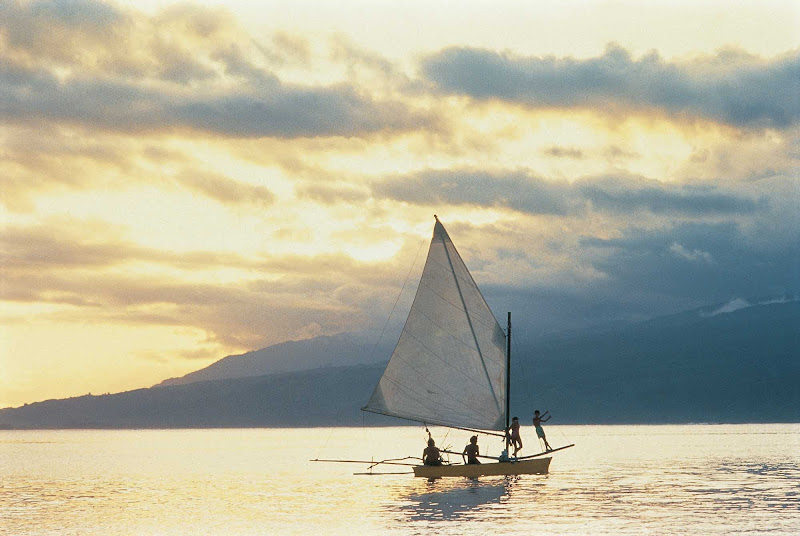 Courtesy of Tahiti TourismeAt the end of a beautiful day, enjoy the view of sailboats at sunset on Tahiti.

Papeete is the central hub and main port of Tahiti, the largest of the 118 islands that make up French Polynesia. It has a bustling atmosphere, with plenty of sidewalk cafes, chic shops and a central marketplace. Historic sites include two restored 19th century churches, the Cathedral of Notre Dame de Papeete and the protestant Temple de Poafi, known for its choir of Tahitian ladies dressed in white.

Copies of Paul Gauguin’s paintings of Tahiti are displayed in open-air buildings, along with a few original works and exhibits pertaining to his life, at the Gauguin Museum. The museum is adjacent to the 340-acre Harrison W. Smith Botanical Garden, which has walking trails and beautiful views over a lagoon.

The rural southeast section of the island, Tahiti Iti, connected to Tahiti Nui by an isthmus, is ideal for a driving tour along the coast, where you'll find waterfalls, archaeological sites and lush mountains.

Papeete’s central market, Le Marche de Papeete, is a great place to find local souvenirs such as wood carvings, baskets, coconut oil and mother-of-pearl items. Dozens of shops sell black pearls, which are found only in French Polynesia, including the Tahiti Pearl Market. The Robert Wan Pearl Museum offers exhibits about the pearls as well as a retail shop.

Close to Papeete and adjacent to the Sofitel resort, the Sofitel Maeva Beach is a picturesque white strand offering kayak rentals and other water sports. Two popular black sand beaches are the half-mile long Lafayette Beach and Tahuruu Beach, a prime surfing spot.

Tahiti’s best known snorkeling and diving spot is known as “The Wrecks,” a submerged cargo ship and sea plane, which swarms with colorful fish in a lagoon just west of central Papeete. The beautiful island of Moorea, just a 30-minute ferry ride from Papeete, is encircled by a lagoon offering great snorkeling.

The Oliver Breaud Golf Course is a scenic and challenging 18-hole course  on the grounds of the Altimaono estate, a former sugarcane plantation. 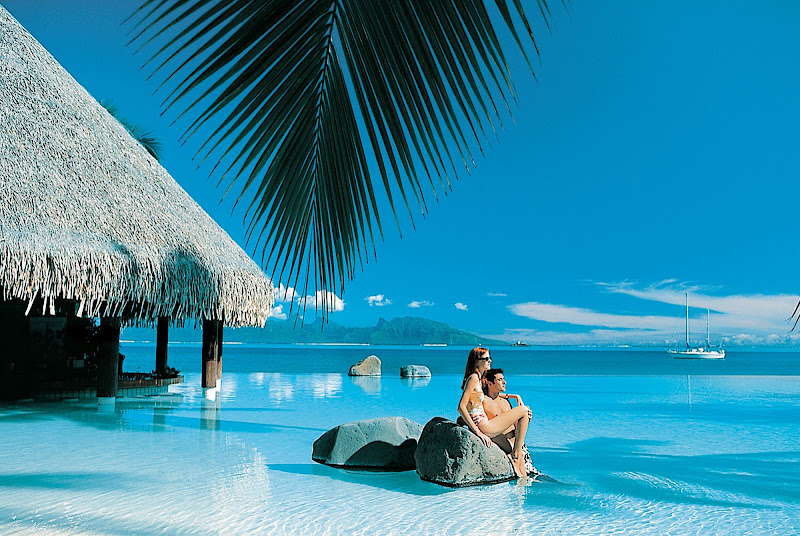 Courtesy of Paul Gauguin CruisesStep into a magazine cover when the Paul Gauguin takes you to the InterContinental Resort Tahiti's sublime infinity pool.

With its French influences, dining in Tahiti takes on a French flair, even when it comes to the food carts on the street serving such fare as hot crepes with a variety of fillings. You can find French pastries everywhere, including at stands in the Marche de Papeete.

Across from the pier, Jack Lobster is a popular lunch spot for fresh seafood prepared with tropical fruit salsas and other local ingredients. Also near the pier, Le Petit Auberge offers a mix of French and Tahitian flavors in such dishes as shrimp in coconut milk and vanilla. Dishes reflecting a blend of Asian cuisines are served at Chez Jimmy across from Papeete’s town hall.

Papeete has a lively assortment of cocktail bars and nightclubs, including Le Royal Kikirri, where you can participate in traditional Tahitian dancing, and Le Retro, a Parisian-style bar with sunset views. Many of the major resort hotels offer Polynesian-themed entertainment with dancers, flame-throwers and traditional foods.

The lovely white sand beach of Mahana Park has water sports, a restaurant and a park area for playing soccer, volleyball and other sports. And the Lagoonarium, located a few miles west of Papeete, displays tropical marine life and also offers a daily shark feeding show.

Located on a ancient sacred site, The Museum of Tahiti and Her Islands is an excellent place to learn about Polynesian history and culture, including about tattooing, navigation and weaving.

To enjoy the lush backcountry of Tahiti, take a four-wheel drive tour of the Papenoo Valley, where you’ll see waterfalls, archaeological sites and fabulous coastal views. 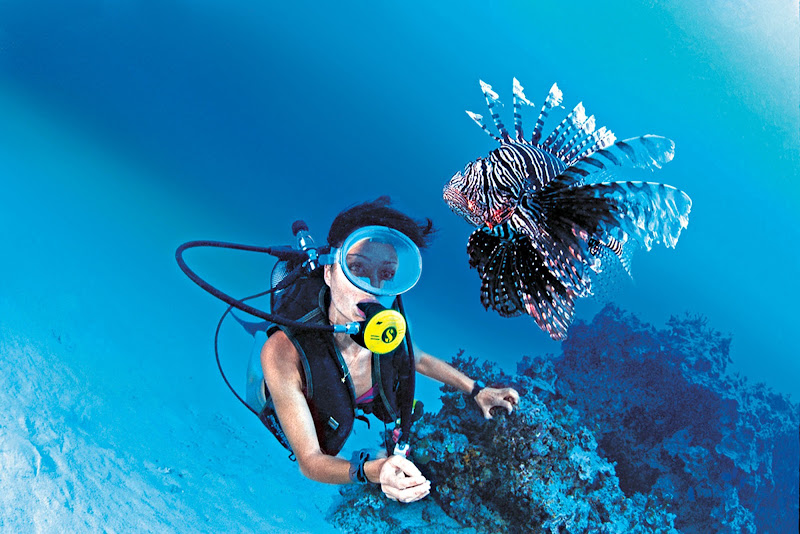 Courtesy of Paul Gauguin CruisesEncounter (but don't touch) exotic marine life like a lionfish while scuba diving on a Paul Gauguin cruise.

High season: May to October

Tahiti has two basic seasons: the dry season of May to October, when temperatures are a bit cooler, and the wet season of November to April. However, there is really little variation in temperatures, which from average highs of 81degrees Fahrenheit February and March to 76 degrees F in July and August.

Cruise ships dock right in the heart of Papeete at its waterfront esplanade. Many shops and restaurants are right within walking distance.

Taxis are available at stands in Papeete and can be hailed from the street. Fares are expensive, and passengers should agree on a price with the driver beforehand. Public buses circulate about every 20 minutes between designated stops throughout Papeete. Rental cars are available from Avis, Europcar and Hertz.

Language: French and Tahitian are the official languages. Some English is spoken in the tourist areas.

Currency: The French Pacific franc is the local currency, about 100 francs to the U.S. dollar. Many shops will accept U.S. dollars.

Safety: While French Polynesia has a low crime rate, watch out for petty crime, such as pick-pocketing and purse snatching.

Have you been to Tahiti? Please share a story, tip or discovery. What was the highlight for you? Please share in the comments below.

“The Heiva music and dance festival takes place in July along with an arts festival. Other events include the Billabong Pro Surfing competition at Teahupoo in August and early September.”

“Visit in November when waters are mirrorlike and perfect for diving. The month is packed with cultural events, plus, Air Tahiti Nui tends to offer fall flight deals.”