Although not as popular as Tahiti, the island of Moorea offers scenery that's just as breathtaking and only 12 miles away. Geologists have deduced that Moorea's stunning landscape came from a volcano that erupted thousands of years ago. In recent years, the legacy of Old Polynesia, with its traditional ways, has mixed with modern tourist attractions for an exquisite balance of old and new.

Once used by Hollywood as "stock shots" due to its gleaming lagoons and majestic mountains, Moorea is surrounded by an offshore coral reef, and its clear waters make it ideal for scuba diving, snorkeling, swimming and boating. Cook's Bay and Opunohu Bay are two glorious bodies of water that cut through the center of the island. Great hiking trails are abundant, and the mountains surrounding the bays are breathtaking.  However, don't let its activity fool you — this place is ideal for a relaxing getaway.

Cruise ships that call on Moorea 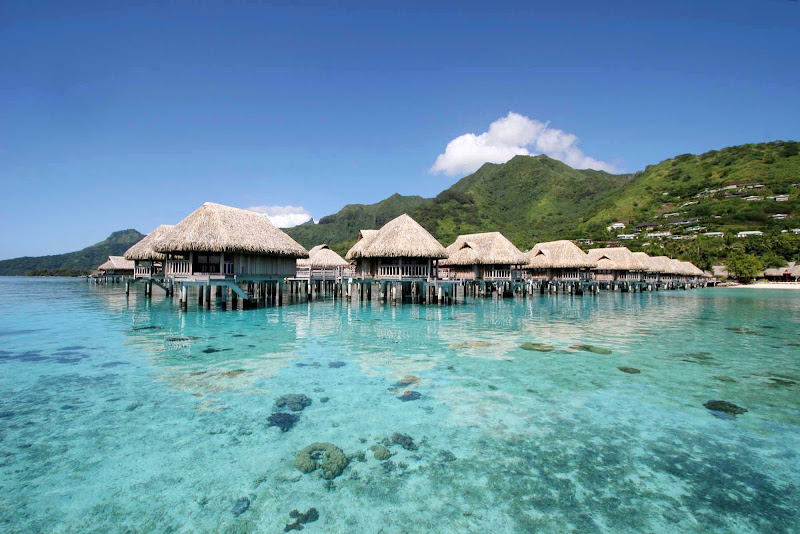 Courtesy of Tahiti TourismeOverwater bungalows line the reef and beach at Sofitel Ia Ora on Mo'orea.

The lagoon is filled with marine life to see, and on guided tours you can often see shark feedings and stingrays. If you want to go beyond the lagoon, hire a boat and head out to the open waters. However, it's usually recommended that you bring your own equipment to the island.

Whether you choose to hike, explore in a 4x4 or head out on horseback, the interior offers just as many beautiful sights as there are underwater. Just make sure to pack your bug spray, as the interior gets a little more buggy than the beaches.

For being so small geographically and so low in population, Moorea certainly has a large number of alluring stores and boutiques. Herman Perles, in Le Petit Village (689-56-42-79) is famous for its crystal and gold settings that surround the store's beautiful selection of pearls. Marquesan woodcarvings and perfume are sold here as well. 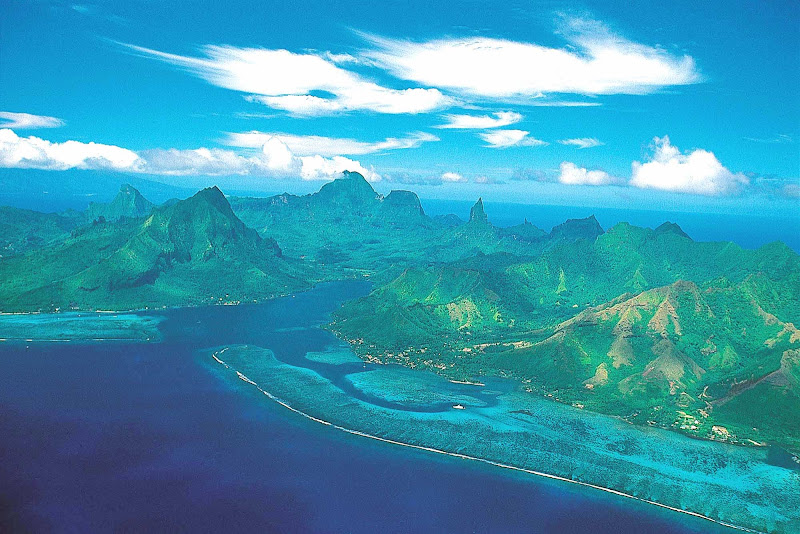 Courtesy of Tahiti TourismeThe landscape of Mo'orea is dominated by two large bays and Mount Tohi'e'a, the highest point on the island.

Restaurant Les Tipaniers on the Northwest Coast (689-56-12-67, ), is a popular and romantic location, with tremendous food complemented by a thatched roof and great design. Mostly Italian and French cuisine, the pepper steak, pizza, and spaghetti are outstanding. Le Sylesie Patisseri (689-56-15-88) in Cook's Bay is a quaint little snack shop that has great breakfasts and sandwiches, as well as quick dishes and baked goods when you are on the run. Tiki Theatre Village (689-55-02-50) is the island's best dance and feast show. With a Tahitian and Western buffet followed by fantastic entertainment, this is an island favorite.

Peak tourism season is similar to Tahiti, which is between May and October. Although the weather is beautiful year-round, the area can be prone to rain and mosquitos during the off season. 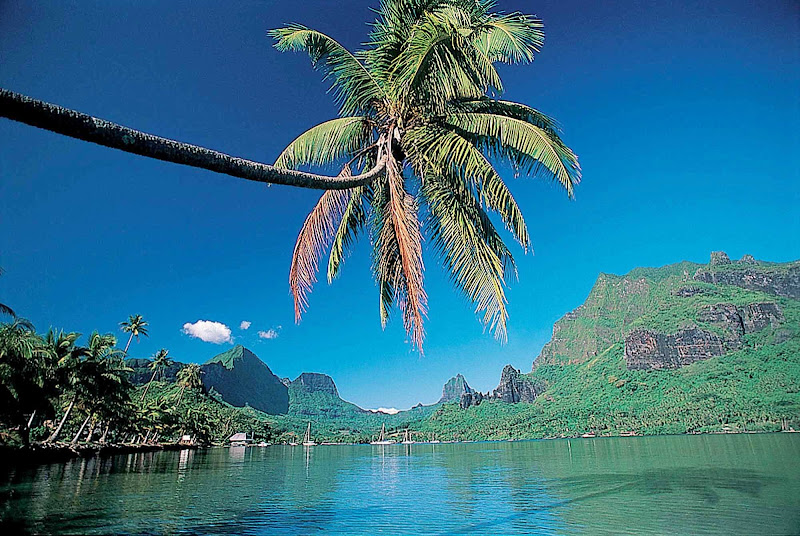 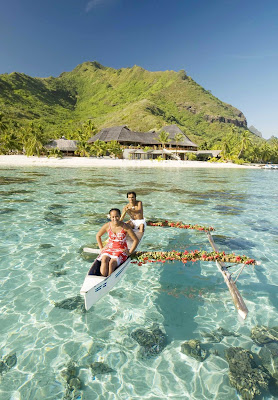 Courtesy of Tahiti TourismeTrue luxury is getting a lovely breakfast delivered by canoe on Mo'orea.

Cruise ships will typically dock in Cooks Bay on Moorea. Or, you may find yourself docking in Papeete Harbor, twelve miles from Moorea in Tahiti. At that point, you will take the Moorea Ferry. As the Moorea ferry docks, you will find yourself in Vaiare Bay. There are no towns per se, but rather distinguished regions on the island.

Passport: U.S. and Canadian citizens will need a passport.

Language: Locals speak either French or Tahitian; however, most resort employees speak English.
Currency: The New Pacific Franc (XPF)
Safety: Moorea is very safe; however, be wary of petty theft.

How about you? Have you been to Moorea? What was the highlight? Have any tips? Let's see your photos!