Riviera Nayarit travel guide: What to do & see

Stretching nearly 200 miles between Mexico’s Pacific coastline and the jungle-clad western Sierra Madre range, Riviera Nayarit offers travelers everything from bohemian surfer towns to exclusive gated hotels. It’s flanked on the south by the resort community of Nuevo Vallarta, just across the river from Puerto Vallarta, and four hours to the north by the port of San Blas, where tranquility and a sense of natural Mexico persist despite decades of rumors that the government intends to develop the area into a mega tourist destination.

Sun worshipers are drawn to Riviera Nayarit for its 300-plus days of sunshine and year-round temperate climate. Adventurers go for the surfing, zip-line tours, deep sea fishing, dolphin encounters, kayaking and jungle treks. Riviera Nayarit also offers cultural tours to villages of the Huichol people, who have maintained their traditional dress, customs, traditions and artwork over the centuries. Even if you don’t go up into the Sierra Madre to a village, Huichol artwork and artists can be found in galleries and shops all along the Nayarit coast.

To get to Riviera Nayarit by cruise ship, you'll likely dock in Puerto Vallarta and just head north, perhaps by rental car. 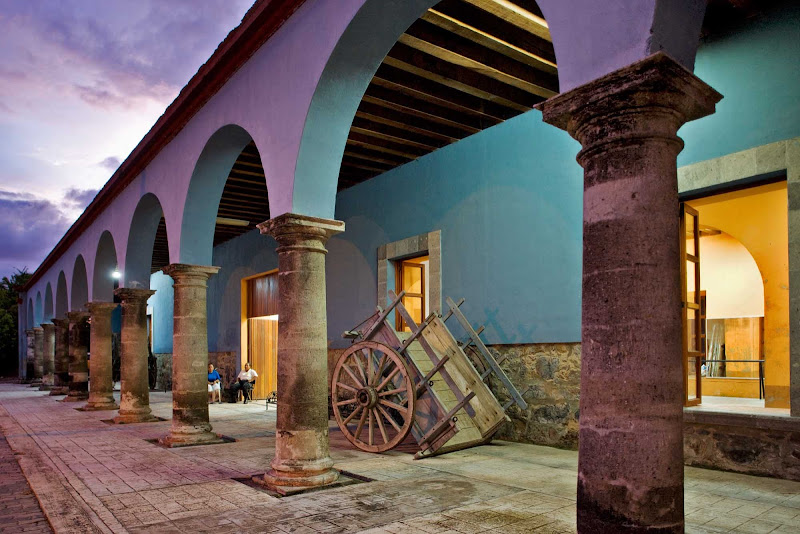 Top things to do & see in Riviera Nayarit

Riviera Nayarit has incredible beaches, many of them wide, wide swaths of soft sand stretching out into the rolling waves of the Pacific. Some are pristine and hardly touched by civilization. Others are lined with casual restaurants serving excellent seafood and with beach shacks where it’s possible to rent surfboards or kayaks, arrange stand-up paddleboard lessons, book dive or sailing tours and more. Among the beaches popular with tourists are Bucerias Beach, Chacala, Distiladeras, and the beaches of Nuevo Vallarta, including Nuevo Vallarta Norte, Nuevo Vallarta Sur and Nuevo Vallarta II.

Most of the popular tourist towns in Nayarit are beach towns. Some have little more than a glorious, long stretch of sand and lapping ocean while others also have galleries, shops and excellent restaurants. A few have handicraft markets and street vendors, too. 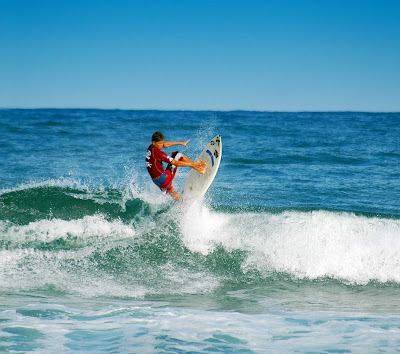 Sayulita, about 50 miles north of Puerto Vallarta, is one of Mexico’s best-known surfing towns. It has competitions that draw surfers from across the world, places to book lessons and a slew of beachside locations with long and short boards for rent as well as stand-up paddleboards. But bohemian Sayulita is also an enclave for artists. Shops and galleries feature everything from trinkets and souvenirs to fine jewelry and Huichol pieces. There are also excellent beachside restaurants with views across the sand to surfers challenging the waves.

Bucerias, less than three miles up the coast from Nuevo Vallarta, is home to a large community of ex-pats. Its cobblestone streets and traditional plaza give it strolling appeal, and its long stretch of beach offers kayaking, sailing and kite boarding, among other water activities. Bucerias has an expansive handicrafts market.

The epitome of laid-back, Cruz de Huanacaxtle is a fishing village with a palapas-lined beach and low-key, beachy restaurants. Pretty much the polar opposite of that is Punta Mita, upscale and opulent with high-end spas and a golf course with one hole jutting out into the Pacific. Punta Mita is home to luxury lodging at the Four Seasons and St. Regis.

San Blas, a four-hour drive north of Puerto Vallarta, is well-known for its natural assets, such as estuaries and mangrove ecosystems filled with birds. In addition to surfing, there's bird watching and two beaches — a main beach and the quieter Los Islitas. 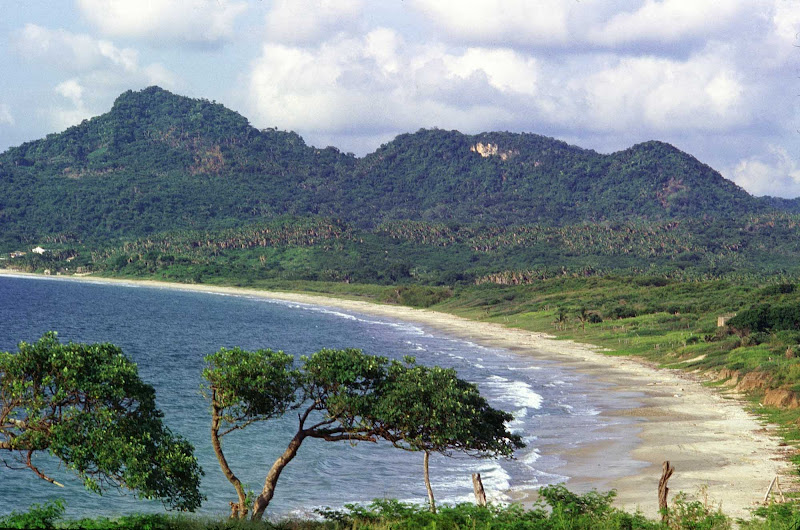 The best shopping in Riviera Nayarit is found in galleries featuring local artists and/or the work of Huichol Indian artists. There are quality galleries in Nuevo Vallarta and Sayulita, as well as sport and clothing shops. In Bucerias, it’s fun to wander through the expansive, open-air handicrafts market where items range from very inexpensive to higher. Jewelry, leather, craft items and art pieces are among the best to consider. In San Francisco there are often vendors along the wide beach selling handmade jewelry and other items.

Aquaventuras Park in Nuevo Vallarta has the slides and tubes necessary for adrenaline-pumping fun, plus sea lion and dolphin shows and programs for those who want to swim with these marine animals, too.

Book surfing lessons in Sayulita and learn how to stand up to this surfing mecca’s popular waves.

Settle into any of the seaside restaurants in Riviera Nayarit’s beach towns and you’re bound to get excellent seafood, especially local oysters and grilled fish. 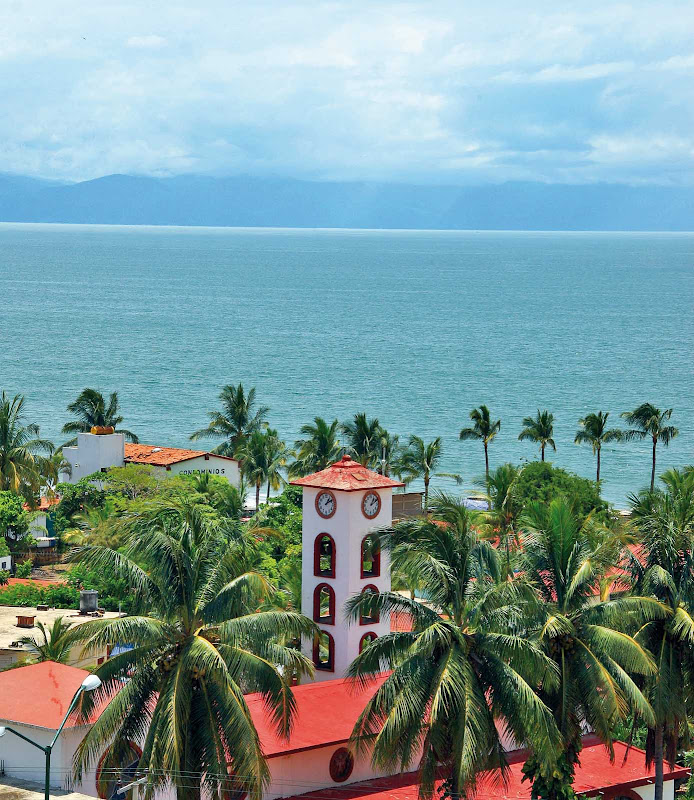 Riviera Nayarit is blessed with year-round temperatures averaging 77°F. The driest season is February through June, which is also when the ocean water is warmest. August and September typically have lower prices, and between July and September you can expect rain showers about half the time, with sun before and after. December to March offer whale watching.

There are docking facilities for three ships is the Marina Vallarta Maritime Terminal, about three miles north of downtown Puerto Vallarta, midway between Marina Vallarta and the Northern Hotel Zone and just south of Nuevo Vallarta.

Taxis are the easiest way to get around and are typically available at the cruise terminal. Taxis aren’t metered. Instead, fares are based on zones; the more zones you cross, the higher the fare. Try to agree on a fare before getting into the taxi. Note that many taxis also charge per person, so be sure you’re clear on the fare for the total group. 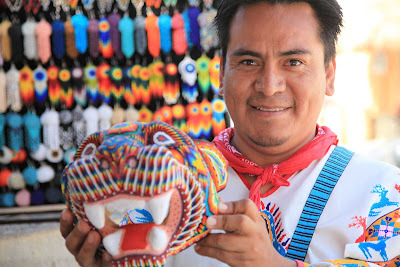 Language: Spanish, but English is widely spoken and understood.

Tipping: Tipping is expected in Mexico. Most people in the service industries make only low wages and depend on tips. In restaurants and bars, tip 10–20%. Check to make sure a service charge was not already added, which is sometimes the case for larger groups.

Safety: Mexico has had its problems but most major tourist destinations are safe. It’s always good to exercise caution and to be aware of your surroundings. Don’t bring valuables or a lot of cash to shore in Mexico ports. The U.S. Department of State has issued warnings about travel in Mexico, though Riviera Nayarit is considered a safe area. Tourists should avoid gaming establishments and adult entertainment venues, drive on main roads only and in daylight hours. See more travel safety tips for cruisers.

Have you been to Riviera Nayarit? Please share a story, tip or discovery. Did you take a surfing lesson? What was the highlight?