Acapulco travel guide: What to do & see

Acapulco is Mexico's original resort town. Still a hugely popular tourist destination, the city sits on Mexico’s Pacific coast between the rugged Sierra Madre mountains and sun-splashed Acapulco Bay. Keep in mind, though, that Acapulco has been affected by a spate of violent crime, so make sure you follow updates from the U.S. Department of State before traveling here.

Even with the high-rise hotel zone, streets congested with traffic and 1 million-plus residents and tourists who visit each year, Acapulco somehow still seems breezy and relaxing with tropical flare.

The best of the city lies in its bay and sublime beaches, many of them just a few minutes from the cruise docks. Beach bumming, water sports and sipping strawberry margaritas in open-air restaurants at the edge of the bay are fine ways to spend a day here. For those who want a little history and culture, San Diego Fort and the historical museum it houses are excellent options.

And yes, the city's famed cliff divers are still making the breathtaking plunge from the top of the cliffs into only a few feet of water, defying death and thrilling crowds as they have since the 1930s.

Cruise ships that call on Acapulco 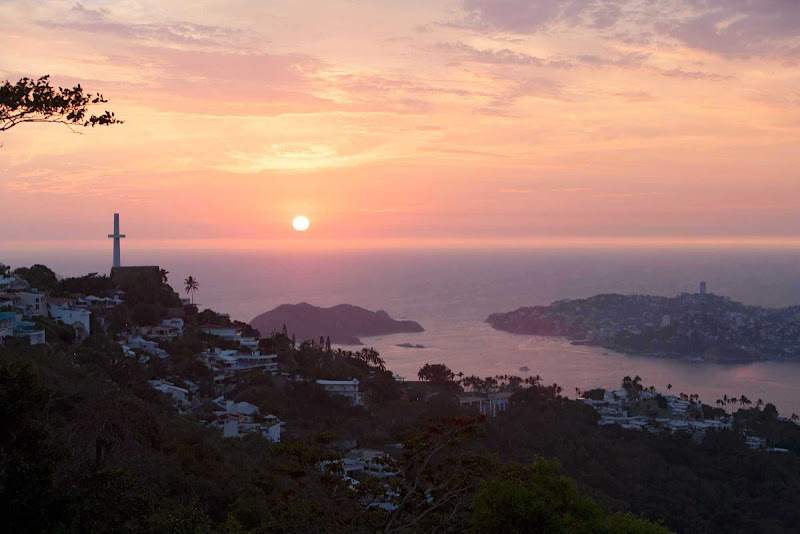 Ricardo Espinosa / Courtesy of Mexico Tourism Board A pink sunset in Acapulco.

Top things to do & see in Acapulco

With an average temperature of 80 degrees, Acapulco enjoys some of the finest year-round weather in the world, giving cruise passengers endless options for a day outside in this popular port.

Fuerte de San Diego is an early 17th century fort built to protect the Bay of Acapulco from pirate invaders during the time in which Acapulco functioned as a major trade partner of the Philippine Islands. Inside the fort is the Museo Histórico de Acapulco (Acapulco  Historic Museum), which highlights the city's history throughout the days of the Spanish Empire and beyond.

If architecture and art history rank high on your list, then be sure to visit the former home of Dolores Olmedo on Calle Cerro de la Pinzona. The home's exterior walls are covered with murals by the most famous of Mexican artists, Diego Rivera. The murals feature depictions of Aztec gods and other deities. These were among the last murals to be painted by this modern master. 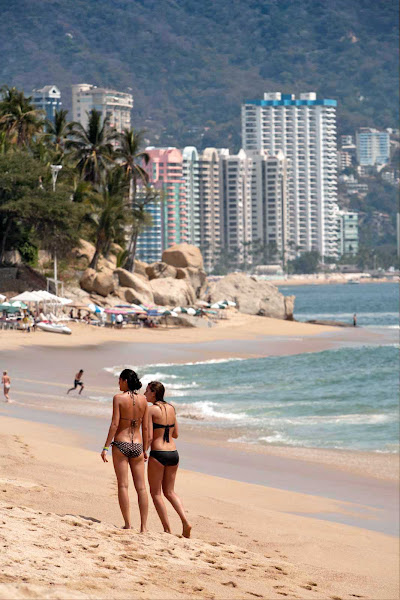 What's your pleasure? Lying on a wide strip of sand soaking up the sun or indulging in adrenaline-pumping water sports? Acapulco offers both. There are so many beaches to choose from in Acapulco it would be impossible to visit them all in one trip, but each has its own vibe and amenities. Caleta and Caletilla beaches are located south of downtown on the Peninsula de las Playas. While there, you can visit the Mágico Mundo Marino water park, or take a ferry to Roqueta Island to relax or snorkel and kayak. You can book introductory scuba lessons at Caleta Beach and arrange for charter trips to local reefs.

The best beach for swimming is Playa Marqués, located at Puerto Marqués Bay. Playa Manzanillo is a wide, white sandy beach with convenient access to charter fishing boats for those who want to take on Acapulco's famed sport fish. If you are a true adventure seeker, head on over to Condesa Beach for parasailing, which comes with commanding views of the city and bay from hundreds of feet in the air.

About five miles from Acapulco, the beach town of Pie de la Cuesta lays legitimate claim to the most spectacular sunsets in the region.

Mercado de Artesanias Parasal near downtown features every type of merchant stall you can think of, selling everything from silver and gold jewelry to rugs and piñatas. Open daily from 9am to 6pm, the Mercado is a bargainer's paradise. The hotel zones, particularly Punta Diamante, offer fashionable boutiques selling quality clothing and goods.

Acapulco is world famous for its nightlife, and there are no shortage of both high-intensity and laid-back clubs and restaurants to take part in. Baby-O is an established disco club open nightly from 10:30pm to 5am. For a club that represents the epitome in Acapulco's jet-set reputation, visit Mandara. Plush and stylish, Mandara has a strict dress code, but features great music and a unique atmosphere.

Sport fishing is one of Acapulco's biggest draws, so if taking on marlin or other big game fish is something you've always wanted to try, this is a good place to do it. You'll be following in the footsteps of celebrities and some of the best deep-sea anglers in the world.

You just can't visit Acapulco without seeing the famous cliff divers of La Quebrada, who have been thrilling audiences for decades. Multiple times each day, these spectacular athletes plunge 130-foot down into the roaring Pacific to the delight of onlookers. Touristy? You bet. Amazing? Absolutely. Add a decent meal to the mix by booking a table on the terrace of the Mirador Hotel, which offers the indisputable best view for this must-see show.

There are many fabulous restaurants in Acapulco to sample. Among them is El Cabrito on Costera Miguel Alemán. It features traditional Mexican cuisine and is especially noted for its cabrito al pastor, the roasted goat dish. Prices are more than affordable. Or, try Su Casa on Avenida Anahuac. Seafood, steak, and chicken highlight the menu, all complemented by the restaurant's much lauded blended margaritas. 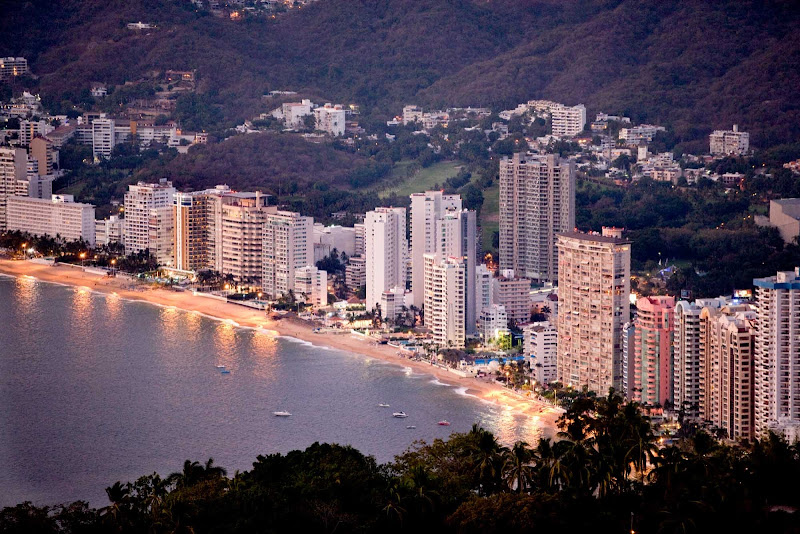 Prime months to visit are April, May, October and November. Acapulco’s climate is hot and tropical, with both wet and dry seasons. Dry season runs November–May, and the wet season roughly from June–September. Because temperatures don't vary much throughout the year, averages of high 80s to low 90s is typical, Acapulco is a true year-round destination.

Cruise ships dock at the Costera Miguel Alemán with direct access to the main boulevard in Acapulco. From the port, taxis and bus services are readily available to take you to your destination on the bay.

Taxis: Taxis are extremely abundant in Acapulco, and very affordable if you use them to travel to the downtown region. If you need transportation for a longer ride, the local bus service is a more economical option. The minimum taxi fare is $1.50, and while hotel taxis are more expensive than taxis hailed from the street, they are also safer.

Language: Spanish, but most people in the tourist zones speak and understand English.

Tipping: If a tip is not already included in the bill, servers should get a tip of 10% to 15%.

Safety:  It would be foolish to ignore the fact that Acapulco has suffered from drug-cartel crime, albeit mostly away from tourist areas. That said, the State Department says tourists should refrain from going more than than two blocks inland from Costera Miguel Aleman Boulevard, which parallels the popular beach areas. See the latest State Department warning and Cruiseable's safety tips for cruisers.

Have you been to Acapulco? Please share a story, tip or photo or two. What was the highlight for you?