A collection of talented Jamaicans have put the island on the global stage: Bob Marley, whose “One Love” and “Three Little Birds” are the ad hoc national anthems; three-time Olympic gold medalist Usain Bolt, whose speed electrified the world in the 2008 Olympics; and the most famous non-winning Olympians of all time, the 1988 Jamaican bobsled team, whose spirit, drive and courage turned the entire world into fans.

“Lively” rather than “serene” defines tourist-friendly Ochi, as the locals call it. Ocho Rios showcases the infectious spirit of Jamaica, as well as its intriguing rhythms and tastes. Marley’s joyous hit “Three Little Birds” captures the essence of a day in Ocho Rios perfectly: “Don’t worry ‘bout a thing, ‘cause every little thing gonna be all right.”

Top things to do & see in Ocho Rios

In addition to the "Top reasons to go" listed above, there are plenty of other options to consider.

Rafting on the Martha Brae River

Who can resist floating through a tropical landscape on a bamboo raft piloted by a personable Jamaican guide? Rafting on the Martha Brae offers photo ops galore as guides tell stories and provide a wealth of information along the way. There may be opportunities to cool off in the river, too. A similar option is rafting or tubing on the White River. 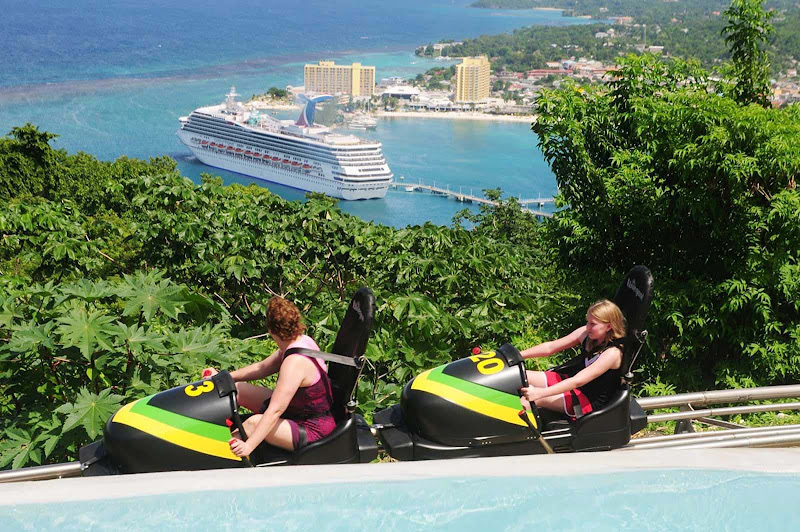 Delve into Jamaica’s history and culture at Good Hope Estate & Great House. Set on 2,000-plus acres along the Martha Brae River, the estate dates to 1774 and at one time had 3,000 slaves on it. The meticulously restored Great House includes period furnishings and paintings. Consider booking the elegant high tea.

Mahogany Beach, 10 minutes east of port, is easy-access with a slew of watersports in addition to soft sand and clear water. Shopping, food and drink are available on or near the beach. Turtle Beach is a sweeping crescent of white sand with umbrellas, water sports, food and drink, changing rooms, showers and rest rooms on-site, as well as a calm roped-off area for swimmers. Compact Reggae Beach offers scenic cliffs and a more secluded setting. That’s not to say serene — beach bars pump out island tunes yet somehow that seems just right.

Other choices in and around Ocho Rios include Jewel Runaway Bay, a lavish golf resort;  Discovery Bay, where Columbus was said to have landed in Jamaica; Stingray City (though you can find less crowded venues if you’re hankering to pet a stingray); the Blue Mountain Bicycle Tour; Dolphin Cove, and a ton of adventure tours.

Bargaining is expected in most markets so sharpen your haggling skills and get the best prices. Vendors have become less aggressive in recent years. Still, beware of those who put a bracelet or necklace on you and declare it “sold.” Go for quality. The super-cheap t-shirts fall apart in shockingly short order.

Island Village, near the cruise terminal, is home to Jimmy Buffet’s Margaritaville, which features an expansive store, and to many other shops. There are places to buy Blue Mountain Coffee, rum, jewelry, T-shirts and reggae CDs. If you get tired of shopping, Island Village Beach is a nice respite. Ocho Rios Craft Park has more than 100 vendors selling everything from hand-woven straw hats (really, will you wear it again?) to jewelry, T-shirts and, yes, Blue Mountain coffee. A smaller, less frenetic option is the Olde Craft Market.

Speaking of coffee, to get the cuppa joe you want, read labels. Blue Mountain (100 percent or blended) isn’t the only bean in town. There are several varieties, including high and low mountain and green. Authentic Blue Mountain is marked certified.

Get into the party spirit at Margaritaville in Island Village, which becomes much like a nightclub come evening, especially on the more sophisticated upper level. A deliberately family-friendly option is the reopened Little Pub, now in its new location at Island Village. You might drop in for blues and jazz or karaoke nights. 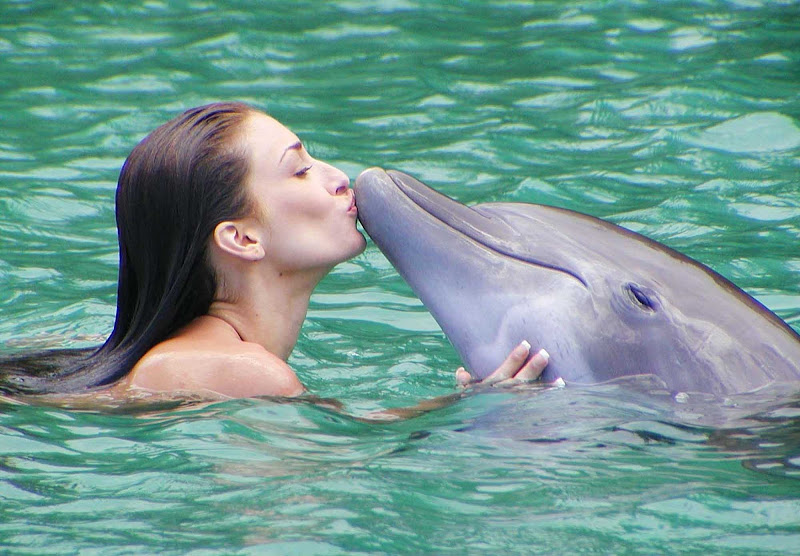 In addition to Mystic Mountain (see above), there’s also Dolphin Cove with appeal for all ages. Programs range from a meet-greet-and-kiss experience with dolphins in knee-deep water (kids six to 11 can participate without a parent) to a full-on swim with dolphins, and even a shark encounter (age eight and older). A shark show, glass-bottom kayak rides, a jungle walk and more round out the experience.

You can’t visit Jamaica without slip-sliding up 600-foot Dunn’s River Falls with dozens of your fellow tourists and a guide who climbs like a sure-footed river goat (if there were such a creature), usually festooned with all the cameras of the tourists in his charge hung safely around his neck. Afterward, visit the beach where the falls tumble into the sea.

Reggae Explosion. This mini-museum at Island Village is the place to hear recordings featuring musicians you know and many you probably don’t. It’s not just reggae. Hear and learn about mento, ska, dancehall and dub among other genres, and one exhibit is devoted to Bob Marley.

With consistent balmy temperatures, Jamaica is a four-season destination. The island’s official high season, however, is mid-December to mid-April, with winter temps approximating late spring/early summer in much of the United States. Hurricane season officially lasts from June to November, and party-loving students visit during spring break weeks. In summer, cruisers can find great bargains in shops and on tours but services may be limited.

Ocho Rios Cruise Terminal is adjacent to Island Village and a 10- to 15-minute walk to many of the town’s top spots, including shopping and beaches. The main docking area accommodates several ships; mega-size vessels sometimes use the industrial pier, a short walk from the terminal.

Taxis and buses are available at the cruise terminal but settle on the fare for your destination before departing.

Taxis are governed by Juta, a Jamaican travel and tour service which provides various types of transportation all around Jamaica. Fares to most local attractions are about $10 round trip and fares are charged per car, not per passenger.

Look for taxis with red license plates marked “PPV” (Public Passenger Vehicle): These are the only cabs that are registered and approved by the government. Using a non-approved taxi can be dangerous. Many taxi drivers display the blue “JTB” sticker on their front window – this means they have been approved by the Jamaica Tourist Board and are generally associated with the hotels and resorts.

Language: English, but with that famous Jamaican patois and a slew of odd idioms that are not always understandable even if the words are English.

Store hours: Stores in Jamaica are typically open from 10 am to 5 pm Monday through Saturday. Some stores closer to the cruise terminal may stay open later if a few ships are in town.

Tipping: 10% to 15% is customary at restaurants and for taxis.

Safety: Jamaica can be a dangerous location, due to reports of thefts and occasional drug violence. It's wise to stay in tourist areas and around other tourists where possible. Do not do business with or travel with strangers who approach you. Do not use ATMs at night.

Have you been to Ocho Rios, or planning to go? I'd love to hear about your experience.

“I wrote every one of the Bond thrillers here with the [shutters] closed around me so that I would not be distracted by the birds and the flowers and the sunshine outside. ... Would these books have been born if I had not been living in the gorgeous vacuum of a Jamaican holiday? I doubt it.”

“A morning at Dunn’s River Falls is an enjoyable and invigorating experience – as long as you’re not expecting a peaceful communion with nature.”

“Although Ocho Rios isn't near eight rivers as its name would seem to indicate, it does have a seemingly endless series of cascades that sparkle from limestone rocks along the coast. ... A few steps from the main road in Ocho Rios are some of the most charming inns and oceanfront restaurants in the Caribbean.”

“The Blue Hole in Ocho Rios has always been a local favorite, known for its beautiful, lush surrounds and vibrant blue water. And now visitors are also discovering the small waterfalls that flow into this fun, little swimming hole where you can take a dip or grab a hold of the rope and swing out and try your best Tarzan yell. The Blue Hole is only a few miles outside of Ocho Rios.”