Dominica was severely damaged by Hurricane Maria in September 2017. Be sure to check into the current state of services if you're planning to visit the island in the near term.

Dominica, the most mountainous island in the Lesser Antilles, is unusual among Caribbean destinations. With few sandy beaches, and no major international airport, the island’s 290 square miles are sparsely populated. Tourism, too, has developed slowly here. But you don't come to Dominica (pronounced dome-in-EEK-a) to lounge at a flashy resort. You come for some of the best hiking and diving in the region. The country is an ecological wonder.

Known as "The Nature Island" of the Caribbean for its unspoiled natural beauty, Dominica is a veritable Jurassic Park for eco-tourists and other adventurers: Two-thirds of the island nation is covered by tropical rainforests that are home to rare plant, animal and bird species. About 365 rivers, countless waterfalls, hot springs and freshwater lakes dot the island. With the highest concentration of "live" volcanoes in the world and the world's second largest "boiling" lake, a cauldron of bubbling grayish-blue water 200 ft across and unknown depth, Dominica's status as a primeval wonderland is sealed.

Offshore, with 40 pristine dive sites and two protected marine reserves, the sea below is as rich and varied as the island above. There are volcanic vents and plunging sea walls that shelter marine creatures rarely seen in the other islands. Colorful reefs, soft coral and tropical fish are plentiful. And on deck, the whale watching is considered among the 10 best in the world.

Cruise ships that call on Dominica Chris Favero / Creative Commons BY-SATwo waterfalls tumble side by side on Dominica.

Things to do & see in Dominica

More than 300 miles of trails, ranging from easy to very challenging, await both experienced hikers and casual day trippers. It's strongly recommended that you download and observe Dominica tourism authority's hiking and safety tips, including registering before setting out and (especially inexperienced back country hikers) hiring a guide. Note, too, that some hiking destinations require site passes.

Whichever trails you decide on, be sure to spend at least some time at Morne Trois Pitons National Park, a UNESCO World Heritage Site. The park covers 17,000 acres in the south-central region, and offers visitors a variety of adventure-oriented pursuits including rappelling, zip-lining and aerial tram rides. Serious hikers can also take the trails to the geothermal Boiling Lake, an extraordinary way to experience the rainforest (but be advised it's quite challenging: An eight-mile, six-hour trek up steep terrain and switchbacks).

The Glassy trail, in the southeast of the island, is an easier, yet still spectacular, two- to three-hour day trip. The trail winds through farm land and extends into a deep jungle valley, finally approaching the coast while skirting steep cliffs. The trail ends on an old volcanic flow ebbing into the ocean. Small ponds collect some of the water from the nearby crashing waves, creating a habitat for various species of coral and fish.

Dominica has several dive centers that work with both the novice and seasoned diver. One of the most popular diving sites is the Soufriere Scott’s Head Marine Reserve, near the southwest tip of the island and famous for the volcanic activity under its sea bed (at Champagne Reef, a good snorkeling site, you'll swim through warm bubbling waters created by geothermal vents). In the north, the Cabrits Marine Reserve gets far fewer divers, which makes it all the more spectacular. Go there to see a wonderland of unspoiled coral walls and rare fish.

Dominica is considered one of the world's best whale watching destinations. Just south of the capital city Roseau, jagged volcanic cliffs sharply plunge 6,000 feet into the ocean, an ideal shelter for numerous whale species that can be spotted year round.  You can arrange excursions through many of the island's lodges and  dive centers. While there are never any guarantees, on a given day you may spot any of seven species of whales and 11 species of dolphins. 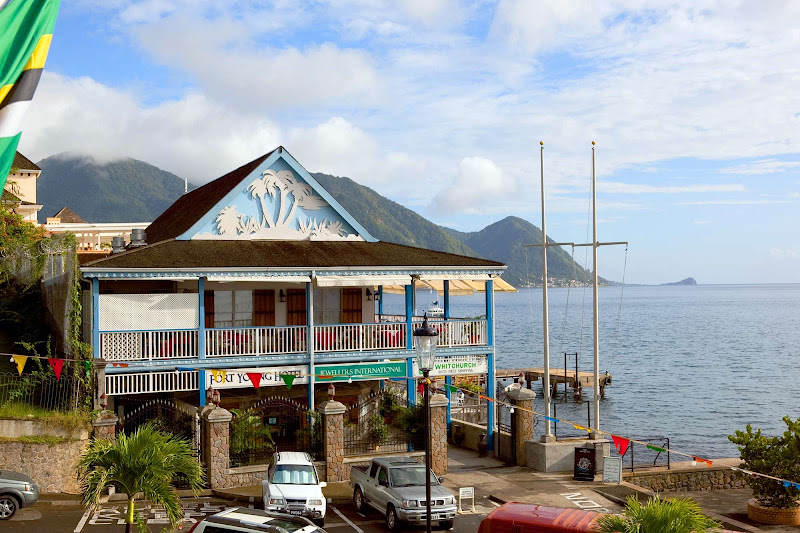 Roseau is the oldest and most important urban settlement on the island. Built on the site of the ancient Kalinago Indian village of Sairi, Roseau is a combination of modern and colonial architecture in various states of repair. Put on your walking shoes and meander through the historic if somewhat chaotic French Quarter. You can download a free 30-minute audio tour and buy a map of the district for a self-guided walk, or book a guided tour, at SHAPE, a Roseau nonprofit promoting Dominica's architectural heritage.

Dominica is well known for its music, with genres including jazz, reggae-dancehall, calypso, and soca, plus cadence-lypso and bouyon, which are popular Dominican genres. Visit during and be treated to the World Creole Music Festival, which takes place the last weekend in October. If you're planning to come earlier in the year, take in Dominica's Carnival. Held at the traditional pre-lenten season, Carnival is a whirlwind of calypso and "jump-up" dancing in the streets. 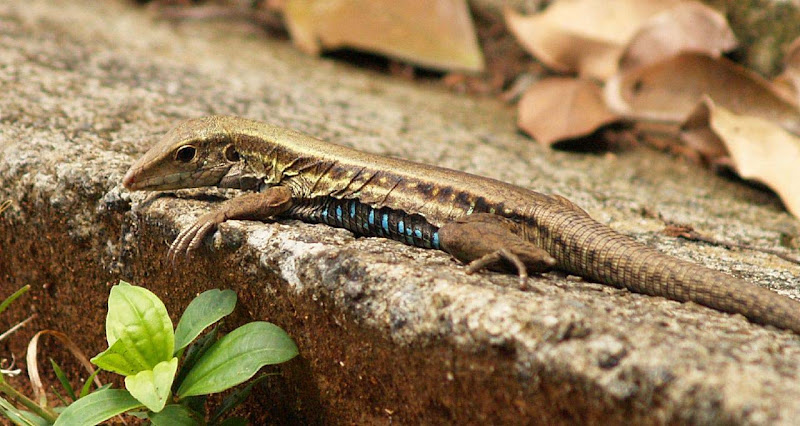 Cruise ships will dock at the Roseau Cruise Ship Berth — located right in downtown Roseau and within easy walking distance of shops, restaurants, and transportation.

Language: English is the official language, though you're also likely to hear some French Creole.

Currency: Eastern Caribbean Dollar (EC), although U.S. dollars are accepted in some locations.

Getting around:  Taxis line up at the cruise pier and are readily available. Taxi drivers should be uniformed, and rates are fixed by the government. License plates of taxi vehicles should contain the letters “HA” or “H.” Special fares can be negotiated with taxi drivers to carry a number of passengers going to the same destination. Vehicles that are noticeably older or have no air conditioning might offer discounted rates.

Privately owned minivans, which may hold up to 15 passengers, provide the public bus transportation in Dominica. Pickup areas in Roseau include the Old Market Square and the area between the East and West Bridge, though travelers can simply flag down a bus in other locations to catch a ride.

Store hours: Stores are typically open Monday through Saturday from 10 am to 5 pm. Stores closer to the cruise pier may stay open on Sundays when ships are in port.

Dress: Beach wear, active wear, and revealing clothing are not considered appropriate in any location other than the beach or pool. Travelers should avoid wearing these items when visiting shops, restaurants, streets, and towns.

Safety advice: Dominica is considered a relatively safe island. It is recommended that you stay in tourist areas and if you decide to do any hiking to make sure that you have a local guide with you. Keep valuables on the ship.

Have you been to Dominica? If so, what was your favorite part? Please tell us and share your photos! Bet they're lovely!

“In the hills outside Roseau, $10 buys access to Screw's Sulphur Springs, seven cascading pools of increasingly warmer temperatures. I settle in at one of the hottest ones, waterfalls tumbling overhead, and I forget about everything — including that my cell phone doesn't work here. Otherwise, I'd beg my driver to stay longer.”

“In Portsmouth, mingle with seahorses, sand eels, flying gunards and batfish on a dive in Douglas Bay.”

“The best of our excursions focus on the island's dramatic interior — places like the Syndicate Nature Reserve, where we meet Dominica's leading ornithologist for a morning hike. Bertrand Jno Baptiste, whom everyone calls Dr. Birdy, drives us 1,400 feet up a  mountainside shrouded in clouds. With Birdy's hefty telescope strapped to his back, we set off into the woods. It looks like Endor up here. Massive gommier trees, circled by strangler vines, disappear into the mists above. Tiny hummingbirds hover around our heads, then dart off up the path. A gentle rain falls through the canopy.”

“In Roseau, enjoy Dominica’s natural beauty by rappelling down waterfalls during a half-day adventure with Extreme Dominica. If you have extended time, take the six-hour roundtrip hike to the gurgling Boiling Lake, the second largest in the world.”

“Even by worldly standards Dominica is rugged and green thanks to 20 feet of annual rainfall at some elevations. How appropriate that on an island where treehouses are its finest resort lodgings, crashing water is responsible for its best architecture. Wanna Watch? Whereas Hawaii has helicopters and walkways to some of its falls, Dominica requires boots. Nothing here is easy to access.”