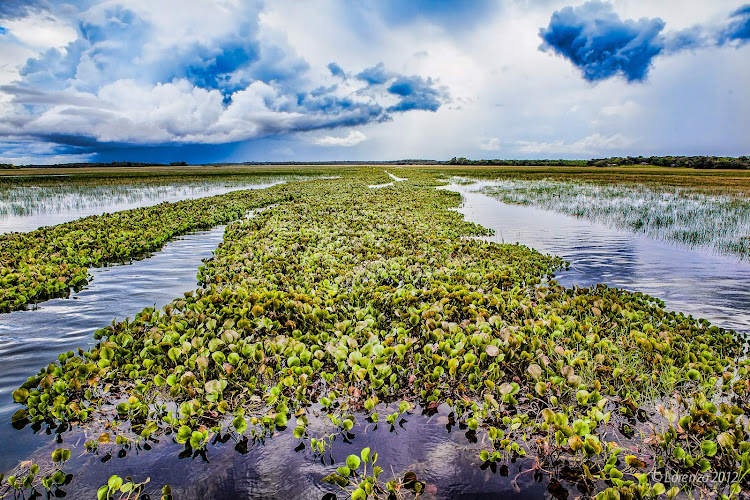 A scene from Macapá, Brazil, one of the stops on a Seabourn Quest cruise on the Amazon.

What's it like to cruise the Amazon on a luxury ship? Awesome. Fantastic. About as good as it gets.

I've been on six Seabourn sailings in all, but this particular cruise was the most magical and perfect yet

After years of planning, my first mate Richard and I finally cruised the mighty Amazon River last month on the spectacular 450-passenger Seabourn Quest.

For him it was a dream come true as he’d always wanted to visit this relatively remote destination. For me, it exceeded expectations both because of the magnificence of it all and because we got to experience it from an air-conditioned, deluxe vessel where we could soak in the views from our private balcony or up on deck while being served refreshing drinks, cold towels and even platters of caviar on request (as well as in the pool!)

Of course, luxury ships aren't for everyone, and there are lots of cruise lines operating on the Amazon, including SeaDream, G Adventures, Lindblad Expeditions, Aqua Expeditions, Avalon Waterways and others. So go at your own pace and travel style. 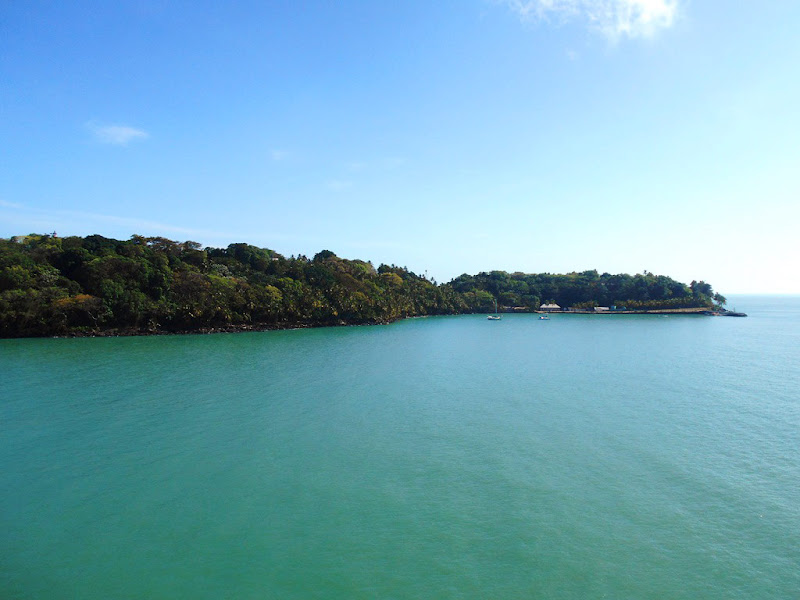 Our 15-day Caribbean/Amazon cruise sailed from Fort Lauderdale, Florida. While the ship stopped on the tropical islands of St. Barts, Guadeloupe, Jost Van Dyke, Barbados, Devil’s Island and other Caribbean ports, most of the seasoned, well-heeled passengers on board eagerly awaited the entry to the Amazon. An unscientific poll showed that it would be a first time for most of our shipmates.

Embarkation for this voyage was typically Seabourn seamless with check-in at the Square — the ship's hub, stocked with a friendly, helpful staff (like Belindah who actually made ‘‘house’’ calls to help get the wi-fi up and working on our laptops), computers, books and the pièce de résistance, a coffee bar with talented baristas where we got our morning jolt of joe daily before hitting the pool prior to breakfast. After being checked in at the Square and into our suites, there was the mandatory lifeboat drill followed by a fun deck party with lots of fun and drink. And it just got better. 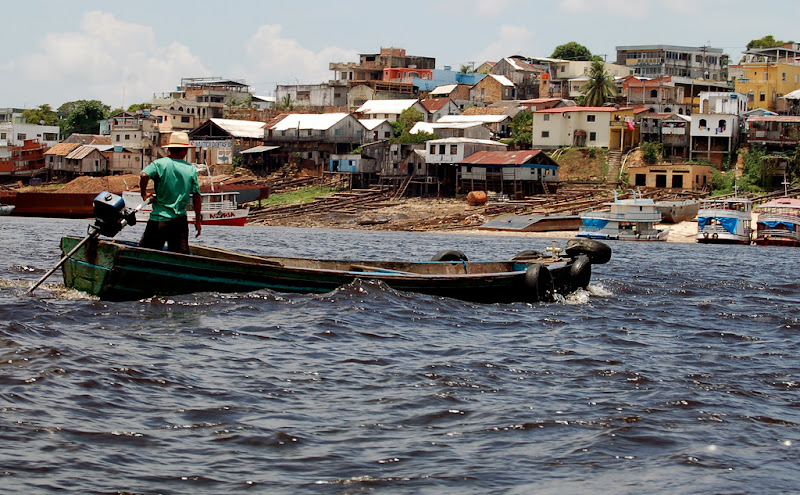 Zemlinki! / Creative Commons BYA Manaus fisherman near the meeting of the rivers.

In addition to going ashore in all the Caribbean ports and swimming at our favorite Shell Beach in St. Barts, the Quest provided plenty of diversions on board, ranging from lectures to entertainment, spa services, workout classes in the nicely equipped fitness center and, of course, delicious meals in the Restaurant, Colonnade, Grill and Restaurant 2 with no surcharges tacked to your bill.

It’s a wonderful world on Seabourn Quest (see my ship review), or “too much heaven,’’ which was the title of one of the evening shows.

One of the last true bucket-list adventures

Prior to the grand entry into the Amazon, there was a special lecture in the Grand Salon, filled with passengers eager to hear about the Amazon, one of the last true bucket-list destinations left on Earth. In two days more days we would reach the Amazon’s vast delta in Brazil and begin a thousand-mile journey into the heart of the great river’s tropical rainforest.

And now destinations manager Claudio was delivering a gentle dose of reality.

The reality check we got: “There will be mud ashore. Don’t wear flip-flops. It will be hot and humid. Wear a hat. Very little English will be spoken.”

“It will rain,” he said. “There will be mud ashore. Don’t wear flip-flops. It will be hot and humid. Dress in light clothing. Wear a hat. There will be mosquitoes. Everywhere, even on board. They are attracted to bright colors, so wear light colors and be sure to apply ample insect repellent. Then use more. Bathrooms will not be what you are used to. They may not have toilet paper, so bring some. Tour boats can have hard plastic chairs, and they might not be covered. Very little English will be spoken.”

He glanced up at the concerned faces. “The key is flexibility.”

Claudio is a nice guy. He’s compassionate, well-informed and articulate. He doesn’t mean to be alarmist. But he knows that if he is candid about both the glories and the realities ahead everyone will be better off.

And he knows this is an intrepid group, or they would not be here. 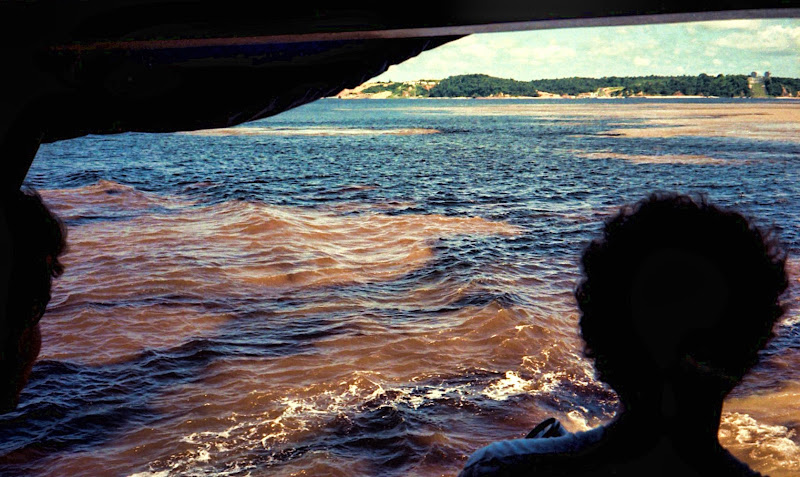 Dan Lundberg / Creative Commons BY SAThe Black River (Rio Negro) joins the muddy Amazon at the meeting of the rivers near Manaus, Brazil.

The meeting of the rivers

The sea was mottled with brown when we woke on the morning the ship was approaching Brazil and the Amazon. The great river pours out so much water — as much as a third of the fresh water released by all the world’s rivers — that the salty Atlantic can be diluted and colored silty tan 100 miles from its mouth. And today, before reaching the vast delta, we will reach the equator and be entertained with a traditional lighthearted ceremony during which “Polliwogs” who have never crossed the equator by sea are initiated into the world of “Shellbacks” who had been there, done that.

The ship glided into the Amazon, passed through the meeting of the rivers (or waters) and stopped briefly at Macapa, a small city closest to the delta, to clear Brazilian immigration. Then she headed upstream for a day, no longer at sea but now on this magnificent river, before reaching our first river port at Santarem, about 275 miles away. We stopped from there from 8 am to 6 pm; some passengers got off for sightseeing, others stayed on board. 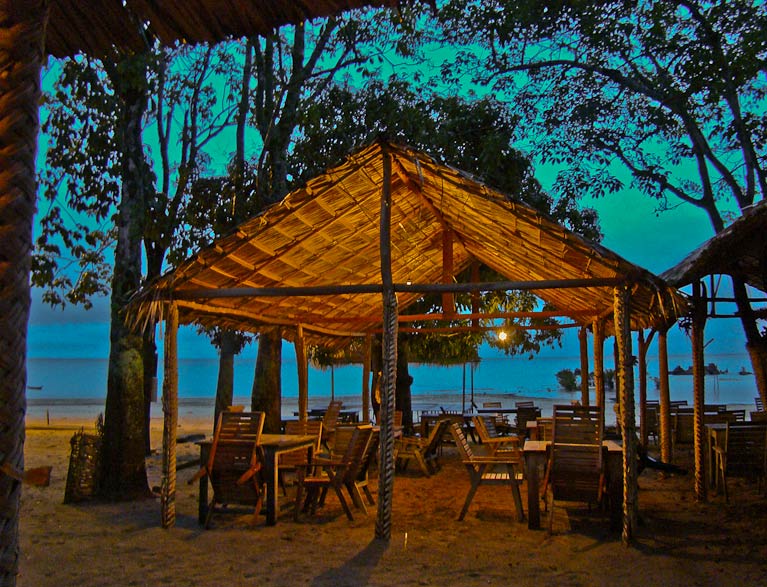 It’s difficult to gauge speed when heading against the river current, but we are making a surprising 15-plus knots with the depth of the water about 60 feet, about average for the length of the Amazon. The river that the Portuguese called a “river sea” doesn’t seem boundless in this stretch, with the forested northern bank close enough to see individual trees. That is something of an illusion, however, since much of the nearest land is really a series of islands within the river itself.

The captain continues to warn us that it would be hot and humid, that it could rain, and that we would encounter plenty of flying insects. But nearing noon it is was 88 degrees with humidity at 67 percent, modest for a rainforest. It is mostly cloudy but no rain in sight. As for mosquitoes and other insects, we swam in the pool as usual that morning and saw none, just a pair of swallows briefly resting on the ship’s superstructure. In other words, hardly the “steamy hell of the tropics” a friend always jokes about. On deck the stewards kept everyone cool and quenched passengers' thirsts with tropical drinks, beer, sodas, ice water and cold towels. 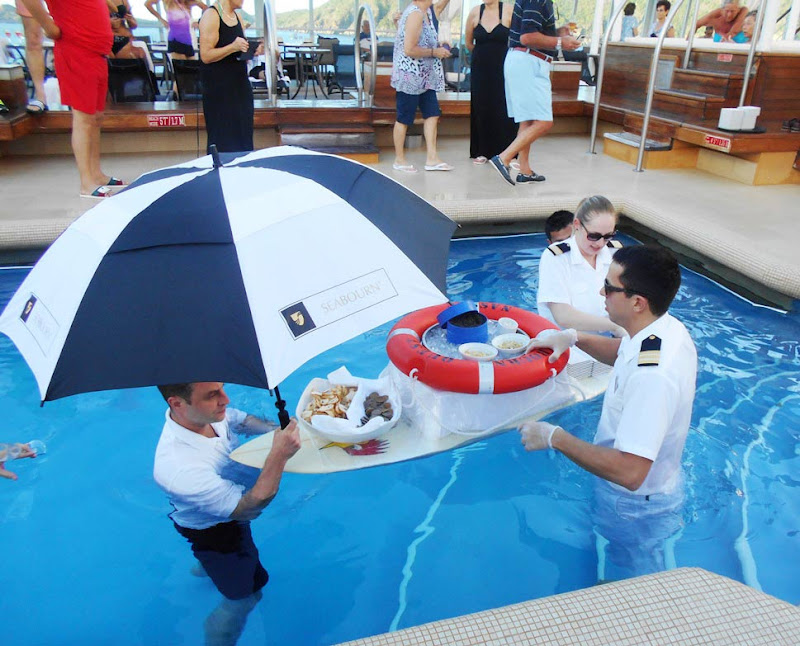 Highlights of our Amazon cruise on the Quest

The Quest is sister to Seabourn Odyssey and Sojourn and will soon have another sibling with the debut of the Encore in 2016. I've been on six Seabourn sailings in all, having done the entire fleet and enjoyed every voyage, but this particular cruise was the most magical and perfect yet. Perhaps it was the eclectic mix of amiable, interesting globe-trotters, of whom there were 250 Americans, 79 Brits, 41 Australians, 29 Canadians and a sprinkling from other countries — many of whom were repeaters who have already booked their next Seabourn cruise. Add to that a top-notch crew, some of the best food ever, a comfy, large suite with a balcony kept tidy by Mariska and generously poured wines and drinks from Champagne to Chardonnay and more that are part of the fare. 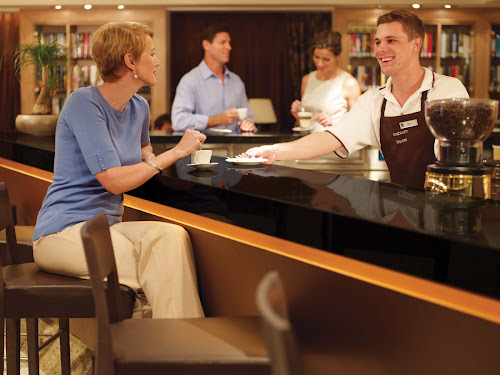 Courtesy of Seabourn Cruise LineRoughing it? Enjoying a morning coffee drink at the coffee bar aboard Seabourn Quest.

There were many special moments during our sailing, such as pre-prandial cocktails at a Cheers-like bar on the Observation Deck where Martin, the talented Irish mixologist, not only remembered your name and favorite drink and prepared it to order but entertained us. It is where a group of about 10 passengers from all over the world met and got to know each other.

Another memorable occasion was a trip to a market in Manaus with chef Andreas Lang to shop for fish, fruit and vegetables.

The most unforgettable moment for us, though, came on Richard’s birthday when they decorated our cabin with balloons and confetti and sent up a special cake and Champagne.

Seabourn will be offering Amazon cruises in the coming years and I highly recommend taking one. It is truly an experience of a lifetime, especially on this ship, and one that you'll be happy you did once.

The suite life: Our stateroom on the Quest

Our suite #723, had a balcony and was ideally located on the same deck as The Square, two flights up from the free laundromat (which we used often) and just below the Colonnade, where we enjoyed many lunches and casual dinners. It came with a table and chairs, sofa, queen bed, bathroom with double vanity, shower, tub, robes, slippers and lots of upscale amenities. The in suite wi-fi worked remarkably well; it cost $399 for unlimited service for the entire voyage and we found it was worth it. A nice touch on all Seabourn ships is a large wall clock. The TV is a little too small for our tastes.

But that's a trifle not worth complaining about. This was the Amazon!

Patti Pietschmann was hosted on the Caribbean/Amazon cruise by Seabourn as a travel writer. See Cruiseable's Ethics & Disclosure policy.

How about you? Have you sailed the Amazon or cruised on Seabourn Quest? We'd love to hear about your experience! Write a review, tell a story about your adventure or leave a comment below.

If you're interested in a cruise on Seabourn Quest, contact a Cruiseable travel advocate at 1-877-322-3773 or by email. You'll get a better deal than you can get by contacting the cruise line directly.