August 22, 2021
Health advisory: Guests age 12 and older as well as crew members must be 100% fully vaccinated against COVID-19 before sailing on Norwegian.

First in a new class of smartships from Norwegian Cruise Line, Norwegian Prima will sail its maiden voyage in August 2022. The next-generation ship is Norwegian's first major redesign in nearly 10 years.

Prima is the first ship in the Prima Class of ships that are smaller and roomier than the cruise line's prior Breakaway and Breakaway-Plus Class ships, carrying 3,215 passengers (at double occupancy) rather than more than 4,000. That adds up to guests getting 150 to 1,000+ more cubic feet per passenger compared to comparable ships.

Norwegian says the ship will offer the most outdoor deck space of any new cruise ship, including more pool deck space than other NCL ships, multiple infinity pools and more outdoor walkways. A new 44,000-square-foot Ocean Boulevard section wraps around the entirety of deck 8 and features a number of new restaurants. And the Haven, the premium space reserved for guests who pay more, has been moved to the aft so all staterooms, the sundeck and dedicated restaurant face the water.

On Prima, the Promenade is designed not just to be a walking path but a journey with shops and restaurants along the way. The food market space is in a circular space, allowing for a more multi-sensory experience.

Norwegian calls all this a “guest-first focus” that includes more wide-open spaces indoors and out, elevated service levels, thoughtful design in function and ease, and an overall superior experienc.e

Following several inaugural cruises, in August 2022 Norwegian Prima will begin a series of 10-day voyages in Northern Europe and the United Kingdom. In September 2022, the ship will depart Southampton, England, for a 12-day transatlantic voyage ending in New York before starting its winter season with sailings to Bermuda and the Caribbean, including its private resorts Harvest Caye in Belize and Great Stirrup Cay in the Bahamas.

Beginning in December 2022, the ship will home port in Port Canaveral (near Orlando), making 5-, 7- and 9-night round-trip sailings to the Western Caribbean. In 2023 the ship will begin itineraries in and around Iceland and Norway.

Watch this video to understand the thought behind the design of this ship.

In addition to Ocean Boulevard, other standout features on the ship include:

The ship’s dining experience is centered on the new Indulge Food Hall, an upscale open-air marketplace offering diverse menu items from 11 venues, including:

Onda By Scarpetta debuted on Norwegian Encore in 2019 and is also found on Norwegian Spirit. Enjoy bold, modern Italian cuisine and an elegant dining experience at this dining venue that reflects the flavors of the Scarpetta restaurant brand.

Staterooms were redesigned to be more spacious on Norwegian Prima. The vessel features the largest Inside, Ocean View and Balcony Staterooms in the fleet, with up to 50 percent more room and larger bathrooms and showers.

For guests sailing solo, there's a Studio stateroom perfect suited for one traveler — a welcome development for a cruise industry that typically caters to couples.

The ship has 13 suite categories as well. Premier Owner’s Suites in The Haven enclave will be 50% larger than the most spacious suites of the Breakaway and Breakaway Plus classes.

Norwegian will be the first of six ships in the new Prima Class, with a new ship rolling out every year from 2022 to 2027.

For pricing, itinerary information and to reserve your spot on Norwegian Prima, contact a Cruiseable travel consultant by email or call 1-877-322-3773. 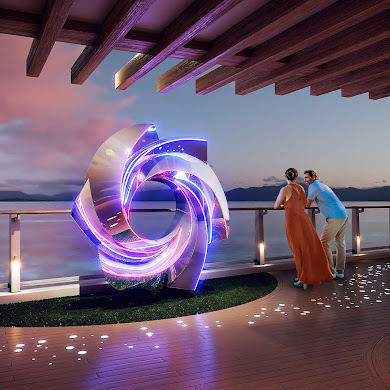 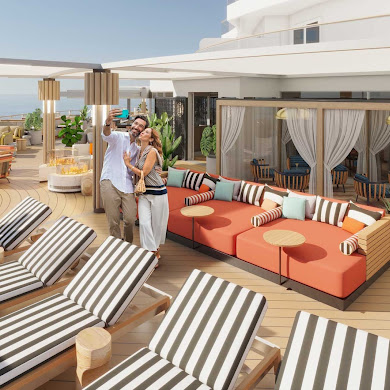 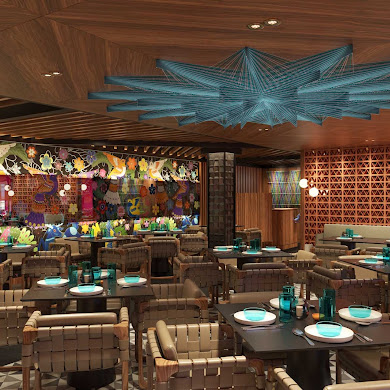