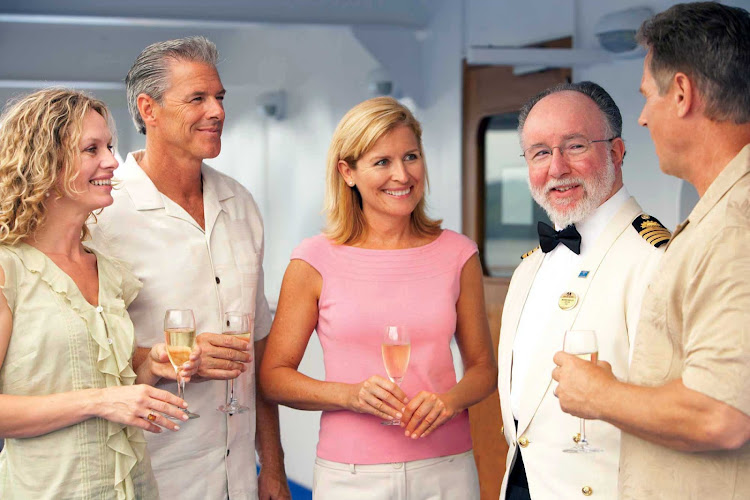 The ship's captain and crew frequenty interact with guests during a Princess cruise.

Repeat cruisers account for two-thirds of cruise passengers. So it's no surprise that the cruise lines have set up loyalty programs — some of them fairly elaborate — to entice past passengers to return for their next sailing.

LOYALTY PROGRAMS
Breaking down the benefits

Passengers often become loyal customers in a way that's similar to joining an airline's frequent flyer program: You just like the brand, and you get induced to return by reduced fares or special amenities.

What some people don't realize is that membership in a cruise line loyalty program is free and the perks increase the more often you cruise. Typically the rewards add up with the number of sailing days, though sometimes it's based on the number of cruises you take.

Courtesy of Royal Caribbean InternationalCare for a chocolate-covered strawberry?

Some of the benefits for repeat customers include reduced fares, priority check-in, cabin upgrades, reduced deposits, onboard credits, access to special events or private functions such as cocktail receptions, invitations to dine with the captain or officers, complimentary Wi-Fi, free laundry service, first-in-line dinner or show reservations, casi­no vouch­ers, lo­go-item sou­venirs and tasty treats such as fruit, choco­late-cov­ered straw­ber­ries or welcome-aboard champagne. Once you build up enough credits, you might even earn a free cruise.

Although the perks vary by cruise line, membership does have its privileges. Here's a current rundown of the loyalty programs at the mainstream cruise lines. (We'll cover upmarket and river cruise lines in Parts 2 and 3 of this series.)

At Carnival, you’re more than just a VIP. You’re a VIFP — A Very Important Fun Person. It’s Carnival’s way of recognizing guests who keep on coming back. The Carnival Cruise Lines VIFP Club is based on points. Depending on how many points you rack up, benefits include priority boarding and debarkation, invitations to members-only cocktail receptions, priority tender boarding, priority spa reservations, upgrade of two cabin categories when available and more.

Carnival Corp. operates nearly half the cruise ships on the high seas, sailing under such brands as Carnival, Holland America Line, Princess Cruises, Seabourn, Cunard Line and Costa Cruises, among others. Note that each cruise line operates its own loyalty program and Carnival generally lets you transfer points from one sister cruise line to another. 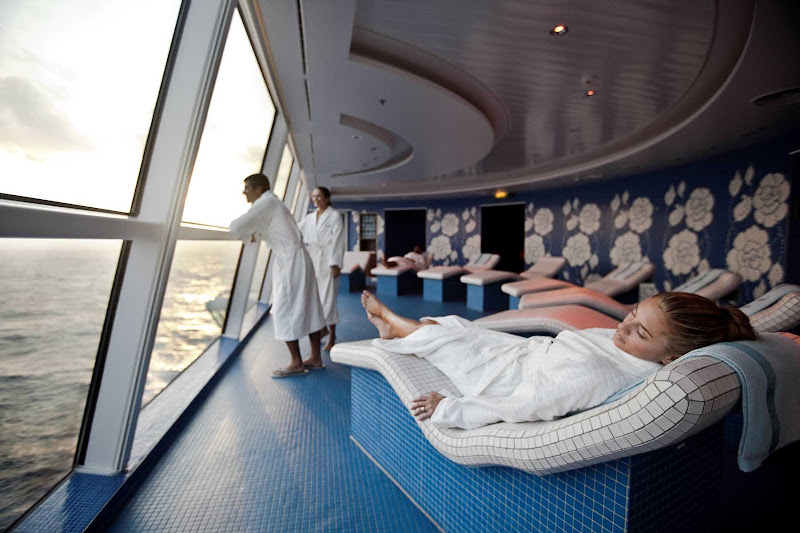 Quentin Bacon / Courtesy of Celebrity CruisesSpa with a view: Recline on one of the beds overlooking the ocean in Celebrity Solstice's tranquil Persian Garden.

Captain’s Club is Celebrity Cruises' recognition and rewards program. There are six tiers: Preview, Classic, Select, Elite, Elite Plus and Zenith. You earn more points when you stay in one of the upper-end staterooms. Benefits at the Elite plus level, for example, notch you a complimentary 240-minute Internet package, complimentary coffee drinks, discounts on specialty restaurant dining and beverage packages, access to the Persian Garden spa and more.

Captain's Club and its encompassing benefits and activities are applicable to all Celebrity ships with the exception of Celebrity Xpedition (no mention of Celebrity's two new small expedition ships yet in the program description). The program offers reciprocity with Royal Caribbean's Crown & Anchor program and Azamara's Le Club Voyage program.

There are six benefit levels in the Costa Cruises Costa Club with a variety of incentives to keep you coming back. Priority embarkation to special events like a Cocktail with the Captain and a souvenir photo are part of the program. The more Costa cruises you take, the easier it will be to build up the points you need to move up from the Aquamarine Club to the Gold Pearl Club and enjoy increasingly exclusive privileges. 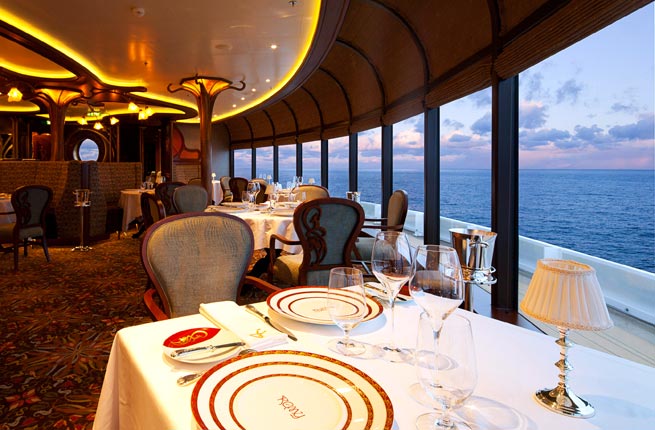 Once you complete your first cruise on one of Disney's four ships, you become a Disney Cruise Line Castaway Club member with benefits based on the number of times you sail. That number gets you assigned to the Silver, Gold or Platinum tier. Disney Cruise Line Castaway Club offers its past guests a variety of benefits that include the ability to make advance shore excursion bookings, members-only check-in line at the cruise terminal and the option of making advance reservations at the popular specialty restaurants Palo and Remy or at the Senses Spa & Salon. 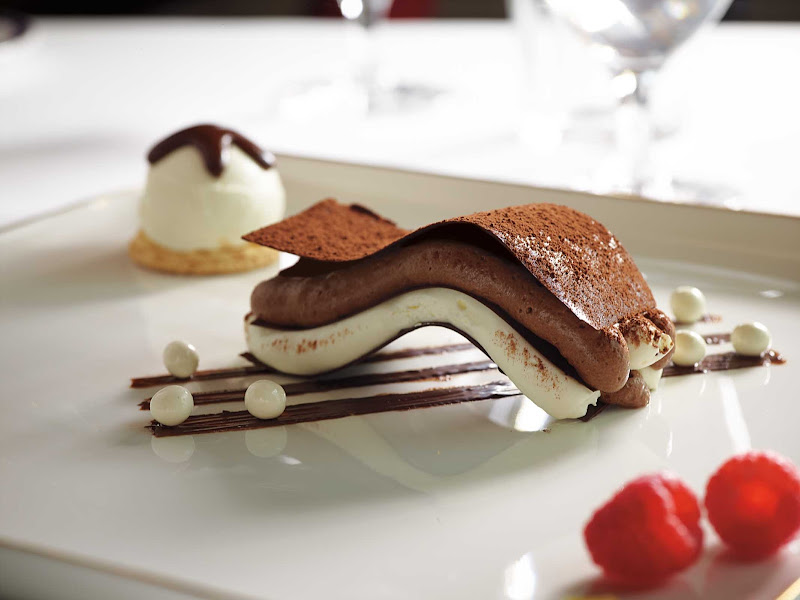 When you cruise with Holland America Line, you’re automatically enrolled in the Mariner Society. Members earn Cruise Day credits for every day they cruise and for each onboard purchase, such as dining in Pinnacle Grill or having a spa treatment. 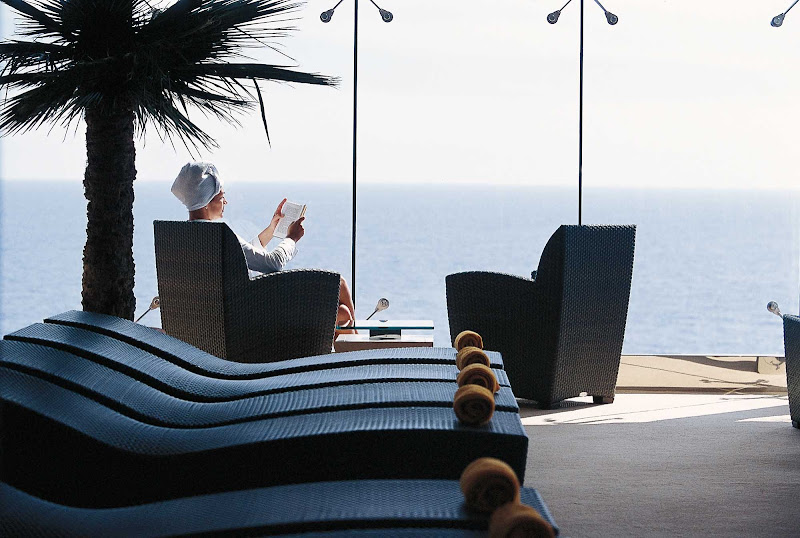 There are five tiers available in the MSC Cruises MSC Voyager Club. Rewards are based on points. Benefits include: 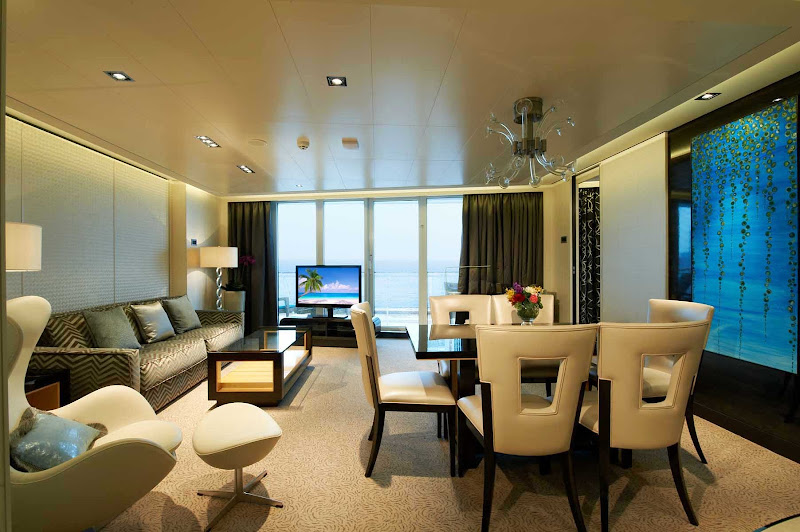 Courtesy of Norwegian Cruise LineMembers of Latitude Rewards receive points for staying in a suite, such as Norwegian Breakaway's Deluxe Owner's Suite.

Norwegian Cruise Line has recently revamped its Latitudes Rewards Loyalty Program. It now includes six member tiers. Points are based on how many days you sail, and extra points are earned if you stay in a suite or in the Haven.

Benefits include priority boarding, discounts in duty-free shops ranging from 10-15%, additional Internet minutes, an exclusive cocktail party, onboard discounts on shore excursions and $100 onboard credit on select sailings. Members of the Platinum, Platinum Plus and Ambassador tiers receive a complimentary dinner for two at Cagney's, Le Bistro, Moderno or La Cucina. Members in the highest tier can earn a complimentary 7-day cruise.

For each night you spend on board a P&O Cruises ship, you'll be awarded 10 loyalty points applied at the end of your cruise. Once you've earned a minimum of 150 points, you'll automatically become a member of the P&O Cruises Peninsular Club. The tiers are based on the number of nights spent on board, which are then converted into points with the Caribbean tier being the highest confirmed tier.

There are six tiers. Benefits in the Caribbean Tier, for example, include priority boarding, discounted fares on select cruises, a private welcome reception on board and 10% savings on all purchases in the ship's bars, shops, spas, salon and on-shore excursions. 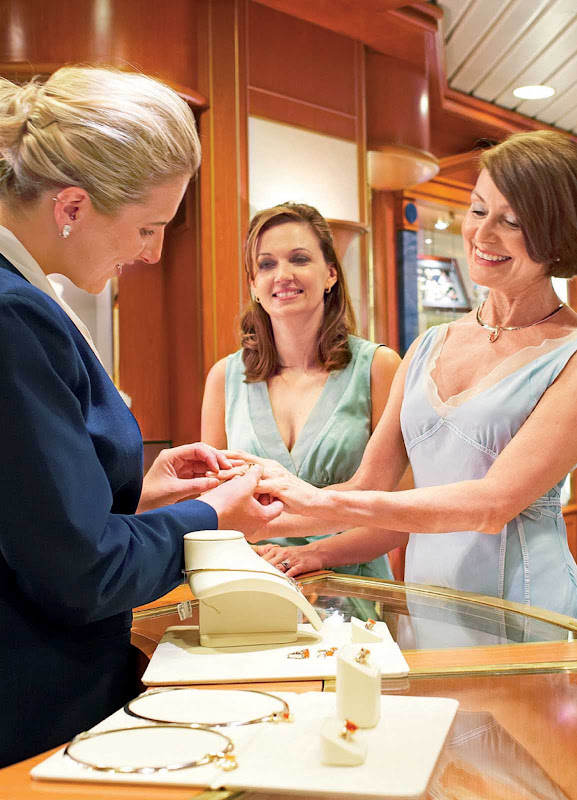 Courtesy of Princess CruisesCaptain's Circle members get 10% off jewelry and other merchandise from top-of-the-line brands at the boutique store on board Princess ships.

Af­ter your first cruise, you are en­rolled as a Gold Mem­ber in the Princess Cruises Captain’s Circle. Your perks add up based on the number of completed cruises or sailed — whichever is more beneficial to you. (Nice!) There are four tiers: Gold, Ruby, Platinum and Elite.

All members who book ear­ly on se­lect cruis­es re­ceive a $100 per per­son dis­count. Platinum members receive preferred check-in, a special disembarkation lounge, complimentary Internet minutes and more. Elite members, who have sailed on 15 Princess cruises or more, receive a complimentary mini-bar setup, 10% discounts in the ship's shops and priority embarkation and debarkation, among other benefits. 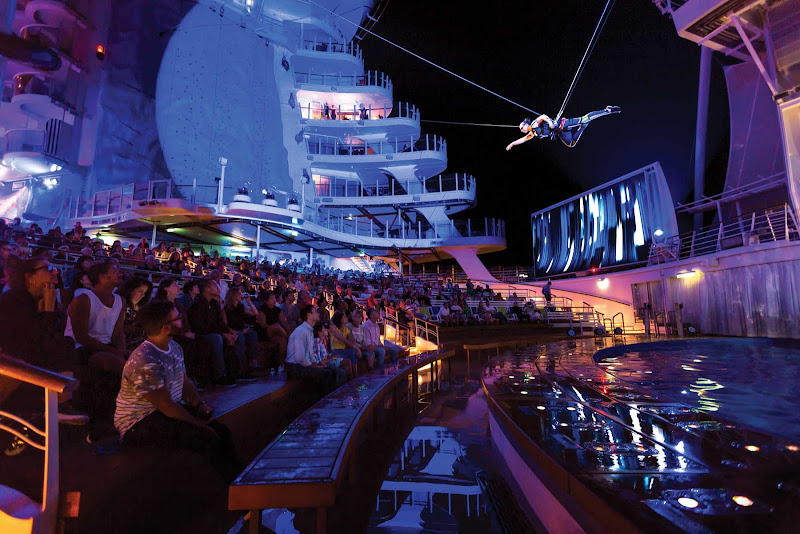 Courtesy of Royal Caribbean International Priority seating at AquaTheater shows is one of the perks of the Crown and Anchor Society.

The Royal Caribbean International Crown and Anchor Society offers a combination of exclusive savings, onboard rewards and benefits on land. After your free enrollment, you earn one point for every sailing and an extra point if you stay in a suite.

There are six tiers in the program. If you attain Diamond Plus status, for example, you get priority boarding and departure, up to 25% off fares for close-in sailings, discounts on balcony and suite staterooms, access to exclusive events, priority seating at theater, ice show and AquaTheater events, upgrades at reduced rates and more.

How about you? Do you belong to a cruise line's loyalty program? Do the perks keep you coming back? Tell us below.

This is an update and rewrite of an earlier feature on this subject.

In our Loyalty Program series

This is Part 1 of our series on cruise lines' loyalty programs.