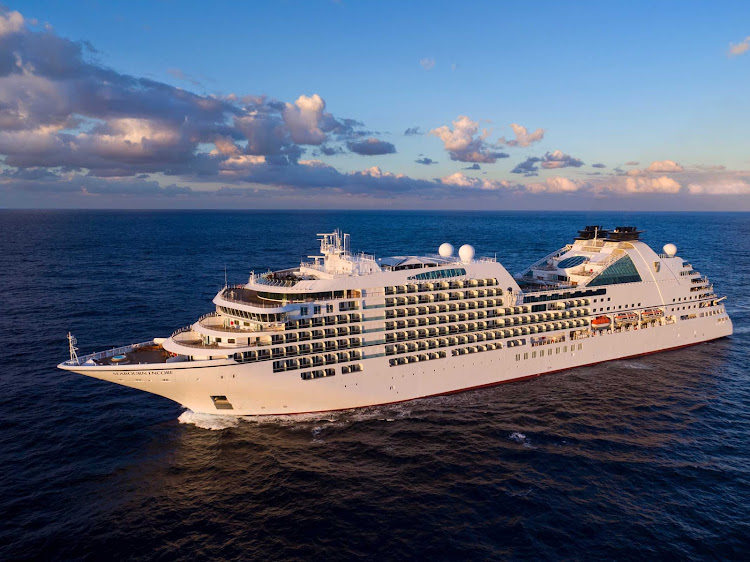 An aerial of Seabourn Encore, the luxury ship that debuted in early 2017.

Luxury ship will begin sailings in Asia, heads to Europe in May

New ships are entering service at a rapid rate this year and one of the most anticipated in the industry, Seabourn Encore, was delivered to Seabourn today during an official handover ceremony at the Fincantieri shipyard in Marghera, Italy.

Seabourn Encore joins the fleet of ultra-stylish ships operated by Seabourn that offer all-inclusive fares, exceptional cuisine, seamless service and a chic but not stuff country club-like onboard ambience.

The ship begins pre-inaugural sailings this Sunday and on Dec. 20 with VIPs, travel writers and a small number of guests as it gets ready for its christening Jan. 7 in Singapore.

The 600-passenger, all-balcony-suites Encore will deliver the high levels of personalized service expected by the line's upscale clientele along with a high staff to guest ratio.

Design icon Adam D. Tihany said he intended Seabourn Encore "to feel more like a luxury yacht," and so the 40,350 gross registered ton vessel features modern design elements and innovations in keeping with Seabourn's reputation for understated elegance, as well as one additional deck and new expanded public areas.

The ship expands and builds on the line's award-winning and highly acclaimed Odyssey-class ships, which revolutionized ultra-luxury cruising with enhanced accommodations and innovative amenities when they were introduced between 2009 and 2011. New features include The Retreat, a sanctuary designed for guests to relax in private cabanas, with a Spa Treatment Cabana for personalized spa services.

Encore's cuisine includes The Grill from three-star Michelin chef Thomas Keller, which was introduced on Seabourn Quest to critical claim earlier this year (and which will be expanded to the entire Seabourn fleet). A new restaurant for Seabourn, Sushi, makes its debut as a destination for foodies, with a unique look and feel and high-quality dishes served throughout the day.

A new production show, "An Evening With Tim Rice," created exclusively for Seabourn in association with Belinda King Creative Productions, will open on board Seabourn Encore in January 2017 during her debut from Singapore. The new Spa and Wellness with Dr. Andrew Weil mindful living program also debuts on Seabourn Encore in January when both Tim Rice and Dr. Weil will be on board. 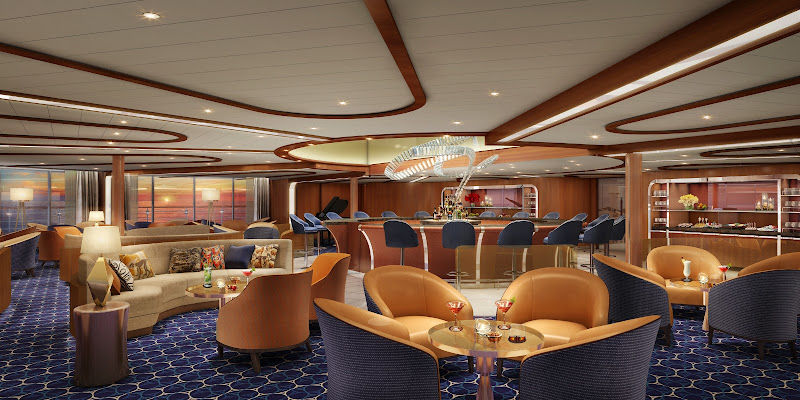 Asia & Australia are first on tap

The ship's official christening will take place in Singapore on Jan. 7, 2017, with international recording artist and soprano Sarah Brightman doing the honors as godmother. The vessel will then depart on its inaugural voyage, the 10-day Gems of the Java Sea cruise, bound for Indonesia.

Following the launch, Seabourn Encore will begin a 16-day Great Barrier Reef & Gold Coast sailing and back-to-back 16-day Australia & New Zealand voyages. The ship will then reverse the earlier 10-day Gems of the Java Sea cruise to Singapore, proceed on 16-day Jewels of India & Arabia cruise to Dubai, and finish her first season with a 19-day Arabian Gems & Holy Land voyage before ending her winter season at Athens on May 5.

For more details about the award-winning Seabourn fleet, or if you're interested on a cruise on Seabourn Encore, contact a Cruiseable travel expert by email or call 1-877-322-3773.