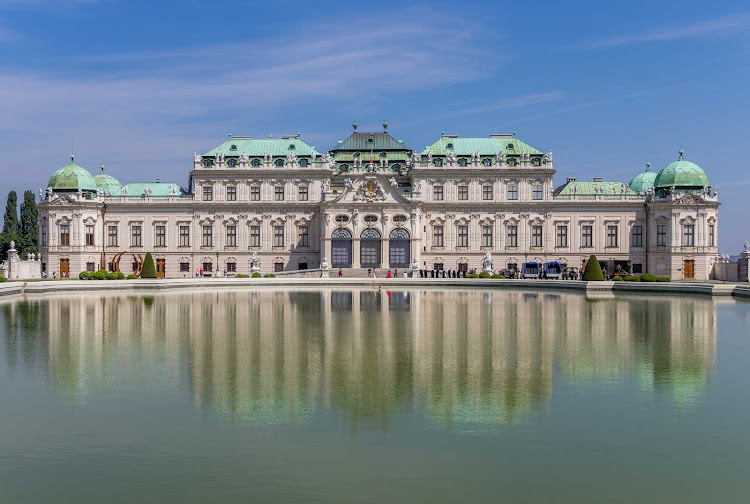 If you need an incentive to book Crystal River Cruises' Mozart — the LA-based luxury travel company's soon-to-debut super-extravagant river yacht (following Esprit, which launched in December) — here’s your moment of Zen. During sailings after the ship debuts in July, passengers on Crystal Mozart will have a once-in-a-lifetime opportunity to experience an exclusive event at the Belvedere Palace in Vienna, one of Europe’s most stunning baroque landmarks and a UNESCO World Cultural Heritage site.

It will be an evening to remember with private access to the highlights of the palace’s astonishing collections of art, including the greatest collection of the works by Gustav Klimt, Oskar Kokoschka and Egon Schiele, with guidance from the palace’s representatives.

“The Belvedere Palace is one of Europe’s most iconic and stunning landmarks, and we are thrilled to present the treasures of this site to our guests in such an exclusive manner," says Crystal’s president and CEO, Edie Rodriguez.

The 3-hour-long event will be offered on three varied itineraries along the Danube River, exploring the Bavarian Wachau Valley, Vienna, Salzburg, Budapest, Belgrade and other European gems.

The two-story Marble Hall is considered the most magnificent room in the palace, boasting a fresco painted by Carlo Inncenzo Carlone in 1721; it served as the site where the Austrian State Treaty was signed in 1955, reestablishing Austria as a sovereign state following World War II. The palace itself has hosted countless events that have shaped history since it was built as a representative palace next to the summer residence for Prince Eugene of Savoy in the 1700s, the height of the Baroque movement.

After the evening is over, passengers will return to Crystal Mozart via Vienna’s famed Ringstrasse, the circular road in the heart of Vienna, which itself is a coveted site, home to such magnificent buildings as the Vienna State Opera House, the Austrian Parliament Building and the Academy of Fine Arts.

The special excursion will be open to all 160 passengers on the Mozart and can be booked in April 2016 for Crystal Mozart’s 10-, 11- and 13-day itineraries round-trip from Vienna.