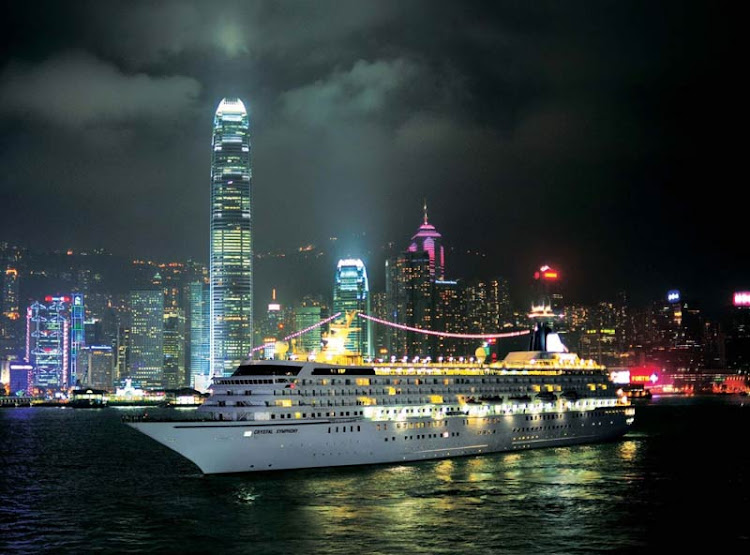 Crystal Cruises, the ocean, river and high-end expedition cruise line, announced it wuld cease sailings on a temporary basis following the bankruptcy of Malaysia-based parent company Genting Group.  However, as of yesterday, Feb. 8, the cruise line let most of its on land and ship staffs go.  Crystal's Miami Headquarters are shut down while its two ocean liners, Symphony and Serenity sit under arrest in the Bahamas.

Coupled with a global pandemic that is still wreaking havoc on the financial health of the travel and cruise sectors, the money woes at Genting Group became unsustainable, leading to the shocking closure. Genting appears to have overplayed its hand, with its fingers in many pots from ship building to jet planes and cruises.

Naturally all cruises on  Crystal Symphony and Serenity and expedition ship Crystal Endeavor are cancelled, most likely forever. It  has also  suspended operation of its river ships.  Crystal's European river cruise fleet has not been operating — the European river cruise season typically begins in March.

Passengers on its ocean ships were asked to disembark and were ticketed to be flown home from Miami, Aruba, and Ushuaia, Argentina.​ The company says passengers will receive full cruise fare refunds.

After Genting emerges from bankruptcy proceedings, the plan were for Crystal sailings to resume after a three-month hiatus, but looks like that won't happen.  That said, the future of the company is not guaranteed at this point.

Apparently filed what is known as a winding-up petition with a court in Bermuda to appoint provisional liquidators who can sell off or shut down parts of its business as part of an orderly restructuring. Much of the company’s woes began when COVID19 reared its ugly head.

I have a special attachment to Crystal Cruises, having sailed with my husband on its very first cruise on Crystal Harmony three decades ago. I  had high hopes this wasn't the end of the line for such a classy outfit. But it looks like that's all she wrote.