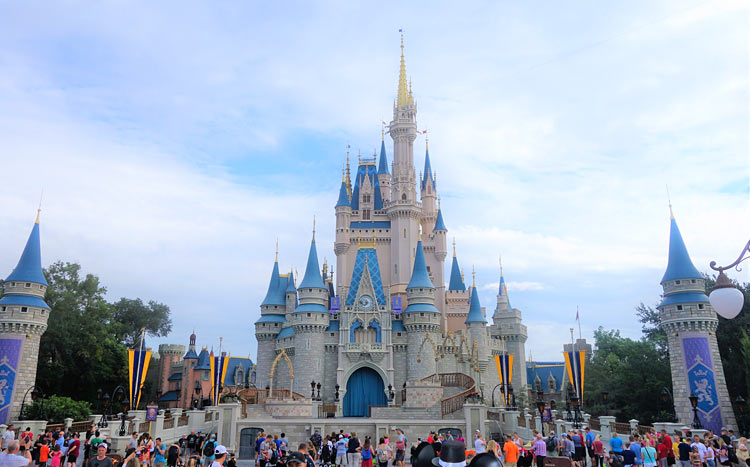 Consider a pre- or post-vacation day trip to the Magic Kingdom at Walt Disney World when you're cruising out of Port Canaveral, Fla.

Cruisers can hit Space Mountain, Pirates of the Caribbean & more

July 19, 2021
Health advisory: Here's the latest from Walt Disney World on the health protocols at the theme park and requirements for admission, including wearing face coverings indoors.

Couples and families taking a Caribbean cruise out of Port Canaveral, Fla. might want to consider a pre- or post-vacation day trip to the Magic Kingdom at Walt Disney World. Or, if you're up for a challenge, you can always squeeze in a day trip during a day in port to the world's most popular amusement park, which welcomed 20 million visitors last year.

The logistics are easy enough: It's a straight shot down Highway 528 to Orlando, 45 to 60 minutes west of Port Canaveral, which gets about 4 million cruisers a year. We recently spent some time at Disney World's theme parks and thought we'd share our takeaways. 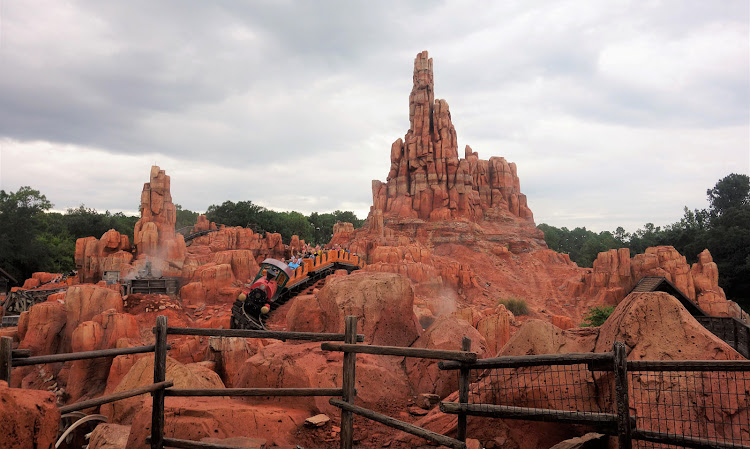 Getting to Disney World from the cruise terminal

At Port Canaveral, most major cruise lines offer transportation from the cruise terminal to the Magic Kingdom Transportation Center. For example, Royal Caribbean advertises transports for $39 a person. Norwegian Cruise Line offers services to a few different theme parks in the area for $59 a person.

If you're booking a shore excursion through your cruise line, everything is handled for you, though keep in mind you'll want to do this well before your cruise begins. One benefit of going this route is that the ship will wait for your bus if it's delayed getting back to the ship. If you decide to go on your own and take an Uber, it'll run you a total of $67 to $88 each way for up to four people; a taxi costs more. 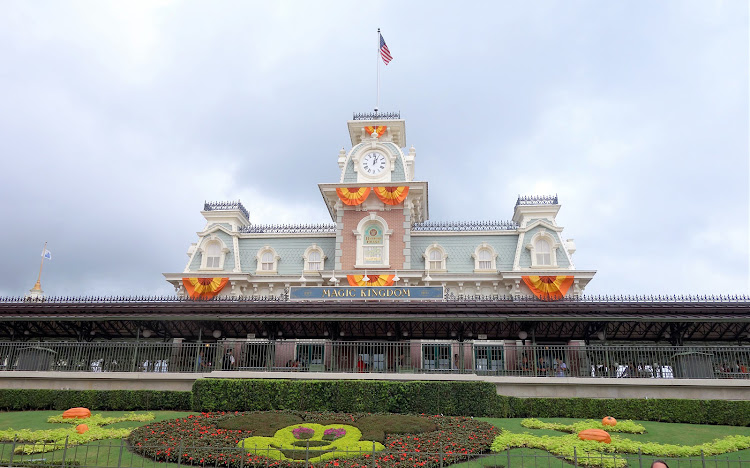 Don & Heidi Bucolo / Special to CruiseableEntrance to the Magic Kingdom. (Click to enlarge.)

Best way to get tickets

In general, cruise lines will not sell tickets to Disney World's theme parks, so you'll have to do that on your own. You'll want to save time and avoid long lines by buying tickets in advance. For a one-day pass, we recommend purchasing directly from Disney so that you know you're getting the real deal.

A one-day pass to the Magic Kingdom costs $99 to $119 per person. On the off chance that your cruise is canceled or the ship doesn't dock in Port Canaveral, your purchase can be applied to a future ticket. 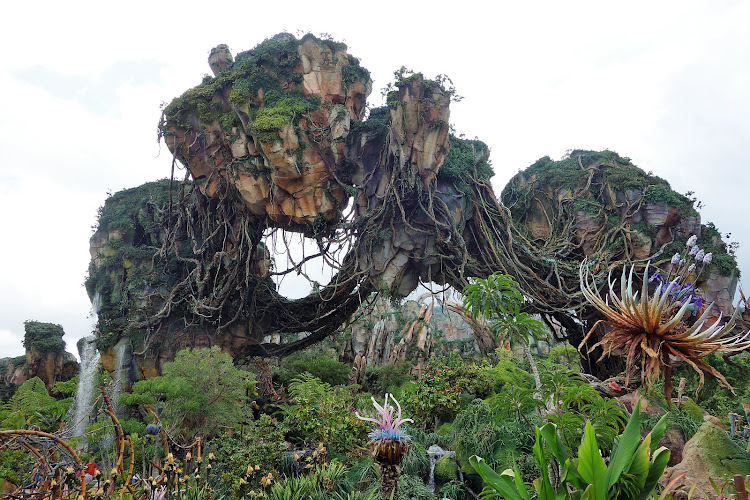 Don & Heidi Bucolo / Special to CruiseablePandora – The World of Avatar is a themed area at Disney's Animal Kingdom theme park. (Click to enlarge.)

Deciding on which park to visit

To keep things simple, skip the upgrade options and just decide on a single theme park for the day. Most visitors tend to spend the day at the Magic Kingdom. But if you simply must see a certain attraction at a different park, go for it! Hollywood Studios has some of the more thrilling rides. Epcot is known for the World Showcase and the new Frozen Ever After ride. Animal Kingdom features the popular themed area Pandora – The World of Avatar.

With the Magic Kingdom having the most attractions, more Disney characters and a bit more Disney magic, we recommend that you spend your limited time at this iconic Disney park. 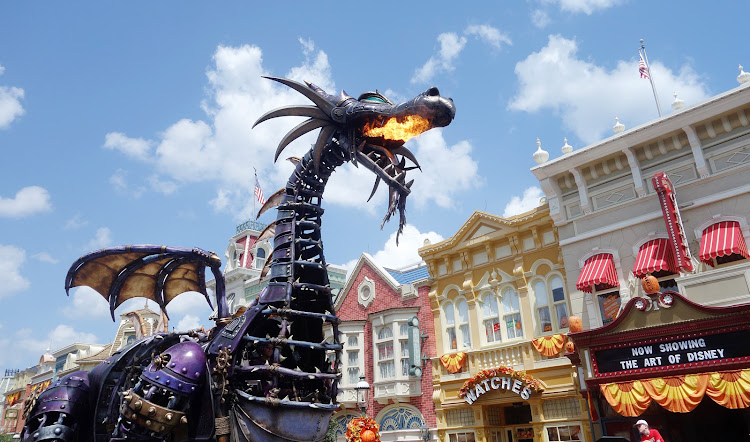 Don & Heidi Bucolo / Special to CruiseableWatch out for the fire-breathing dragon during the celebratory parade at Walt Disney World. (Click to enlarge.)

What you'll see during a day trip

If you'll be visiting during a shore excursion, you'll likely have six to eight hours at the park. Make sure you find out your ship's itinerary in advance; some ships arrive around 7 am while others don't arrive until 1 pm or so.

Tip: Consider buying a subscription to Touring Plans, which will help you chart out what you can realistically do in the amount of time you have. We found it invaluable!

Here's a table outlining what we believe you could reasonably see in Walt Disney World during a daylong excursion. We ran scenarios showing what you'll be able to take in depending on whether you arrive in the morning or afternoon. Below are the 15 top attractions at the Magic Kingdom, and you can personalize Touring Plans to add any rides you have your heart set on.*

Magic Kingdom attractions to see in a day

*Note: We didn't factor in any food breaks or stops during the day, so this will further limit what you can see in the parks.

Also, this guide doesn't include the FastPass+ system. You might be able to take advantage of this system to add a couple of rides during the day of your visit. If you register your ticket in advance, you can select three fast-pass tickets 30 days before you depart. Then, you may be able to get additional fast passes in the park, once you have used your initial three bookings (depending on availability). 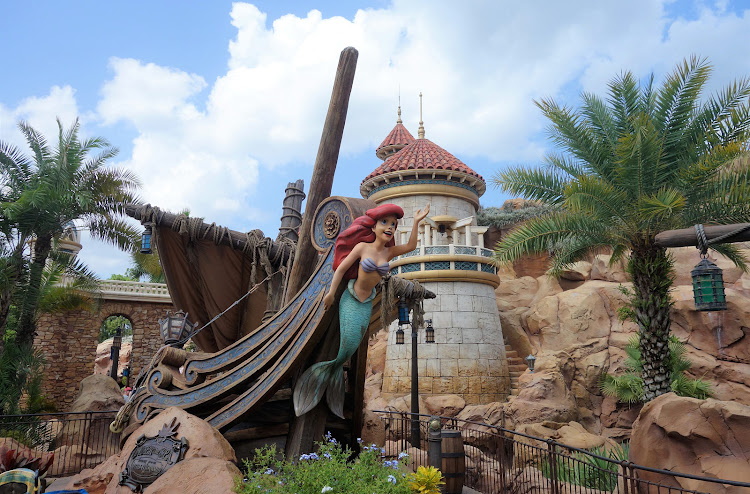 Deciding whether to visit Walt Disney World before, during or after a cruise hinges on several factors including cost, time of year and time available. We decided to visit before our September cruise aboard Majesty of the Seas out of Port Canaveral, and we loved every minute of it. 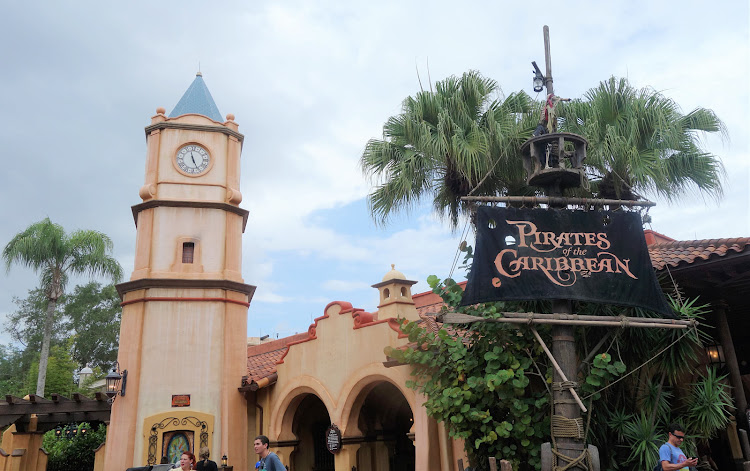 Don & Heidi Bucolo / Special to CruiseablePirates of the Caribbean at the Magic Kingdom. (Click to enlarge.)

Have you visited Walt Disney World? What tip would you give to a cruise day-tripper? Post a comment below.