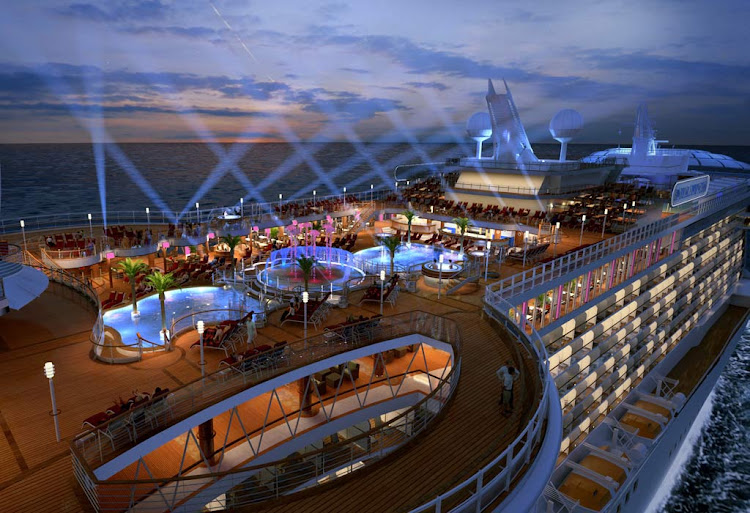 The brilliantly lit deck of Royal Princess at night.

Couples can choose to say ‘I do’ again from either coast

Princess Cruises is certainly earning its Love Boat status. (Some of you youngsters may not know it was a popular TV series that was set on the Pacific Princess). Now the line is offering a new Valentine’s Day vow renewal opportunity on two coasts.

Adding this second vow renewal cruise breaks the Guinness World Records title for the largest multi-location onboard ceremony. It will be officiated by the first bachelorette couple Trista and Ryan Sutter on board Royal Princess originating in Los Angeles on Feb. 10. The five-day cruise includes an overnight stay in Cabo San Lucas and its Lovers Beach. 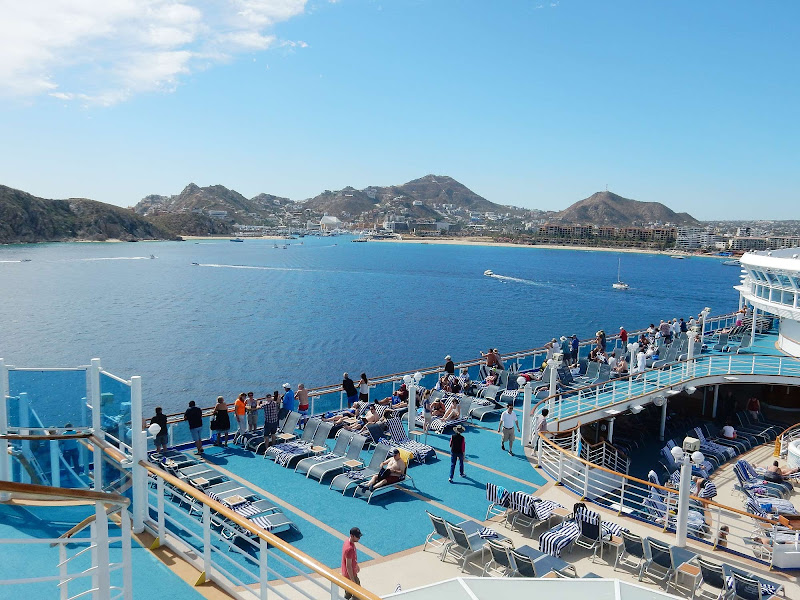 JD Lasica / Special to CruiseablePassengers gather on the Lido deck of a Princess ship as it departs from Cabo San Lucas, Mexico.

The Cabo San Lucas Getaway cruise coincides with the Medallion Class-ship Regal Princess's seven-day Valentine’s Day Western Caribbean voyage from Ft. Lauderdale from Feb. 9 to 16, 2020. Couples on Regal Princess will renew their vows in a ceremony officiated by Gavin MacLeod, who portrayed the endearing Captain Stubing with his television daughter, Jill Whelan, who played Vicki, serving as matron of honor.

Trista and Ryan Sutter met on the popular reality dating show "The Bachelorette" (2003-2013) and were married soon after. That climactic episode drew more than 26 million viewers, making it one of the most widely viewed in reality TV history. They celebrated their fifth wedding anniversary serving as the godparents of Ruby Princess in 2008. The couple currently reside in Vail, Colo., with their two children Max and Blakesley.

“We’re honored to officiate this world record title attempt, renewal of vows ceremony onboard Royal Princess, reminding couples about the importance of making time to celebrate romance and their love for one another,” said Trista Sutter. “Ryan and I are also celebrating 16 years of marriage this year and know first-hand that a cruise is the perfect way to reconnect with one another.”

Princess is adding a pair of Royal class ships. Enchanted Princess is due for delivery in June 2020, followed by Discovery Princess in November 2021. Princess previously announced that two new (LNG) ships that will be the largest ships in the Princess fleet, accommodating about 4,300 guests with delivery planned for 2023 and 2025. The popular mainstream cruise line will introduce four ships over the next five years between 2020 and 2025.

If you're interested in one of these vow renewals cruises, contact a Cruiseable travel advisor at 1-877-322-3773 or email us at [email protected].